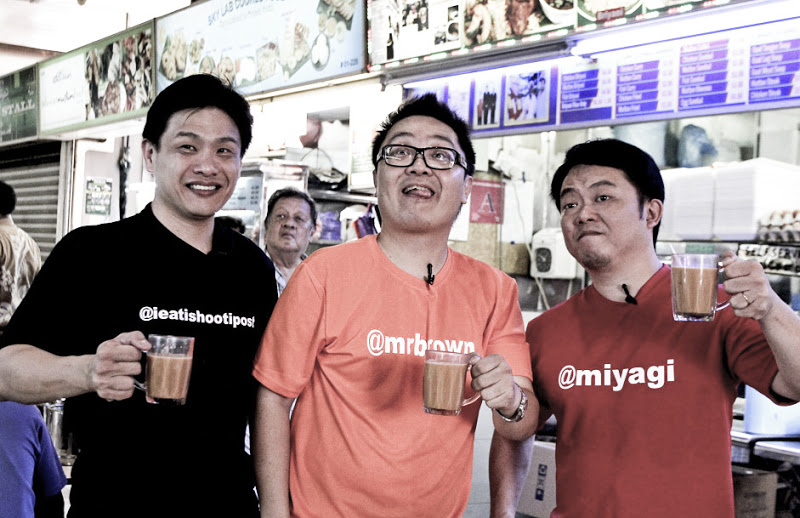 Last Saturday was the most unforgettable day of eating I have ever embarked on. Not only were we eating from 8am till 12 mn, we were also supposed to cover food from the North to the South and from East to the West. But the craziest thing was to do it with two of the craziest guys in the blogsphere, viz Mr Brown and Mr Miyagi. Bright and early at Outram Park Ya Hua

There you have it! That’s what publicity stunts are all about!

Anyway, our day started bright and early at Outram Park Ya Hua Bak Kut Teh where we shot a video about Bak Kut Teh. This video is now at the “Akan Datang” stage, so I will post it online a little later. (Watch this space!) I met an interesting old man there who tells me that he has been eating Bak Kut Teh every day for the last 60 years. If there was ever a condition called Bak Kut Teh addiction, he would make a great case study for it. He tells me that Bak Kut Teh is indeed a Singapore invention which started around the Clarke Quay area and the particular style of Bak Kut Teh served here at Ya Hua is typically Singapore style Bak Kut Teh which cannot be found elsewhere! Wow, I am sure he would have many more memories to share with us. Pity he can’t log onto the Singapore Memory Project Website! (At least, I don’t think he does.) 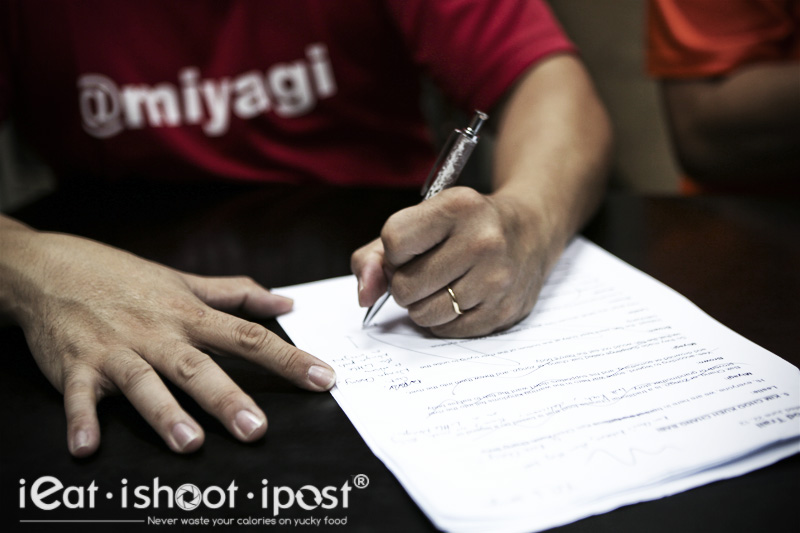 Changing the script on the run

The introduction to the videos were all scripted but the scripts kept changing throughout the day whenever Mr Miyagi suka suka (as he likes). It was all very corny to say the least. But that is what you expect from these two guys. I on the other hand had to play the level headed and sensible Doctor Foodie who just can’t take the number of lame jokes they kept cracking. It was great fun and I can’t wait to see the videos! 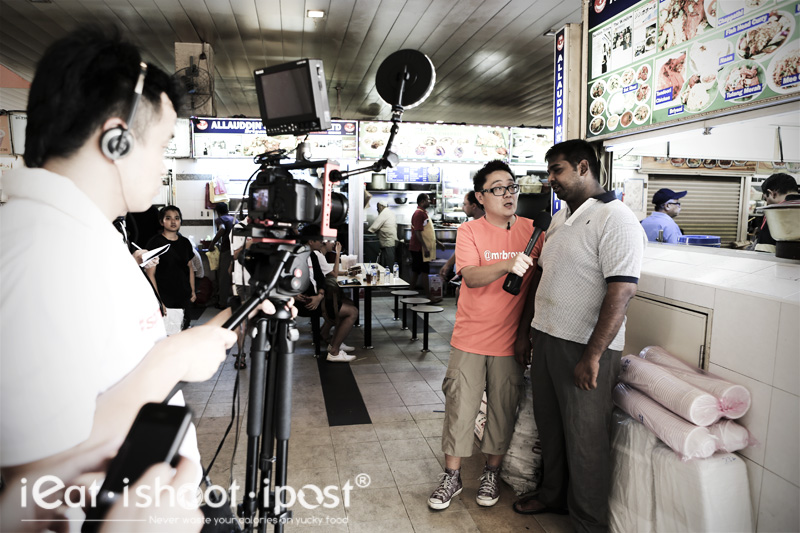 We all took turns to interview people along the way to elicit memories of certain stalls for the videos. There is just so much oral history that really needs to be recorded somewhere which is what I try to do on this blog. Unless it gets recorded somewhere, future generations of Singaporeans will never know about it. The two Siao (crazy) fellas I had to put up with for the whole day!

After a whole day of hopping off the bus, filming, eating, hopping back on the bus, we decided that we needed a more balanced diet and so our last meal was purely vegetarian ie Durians! 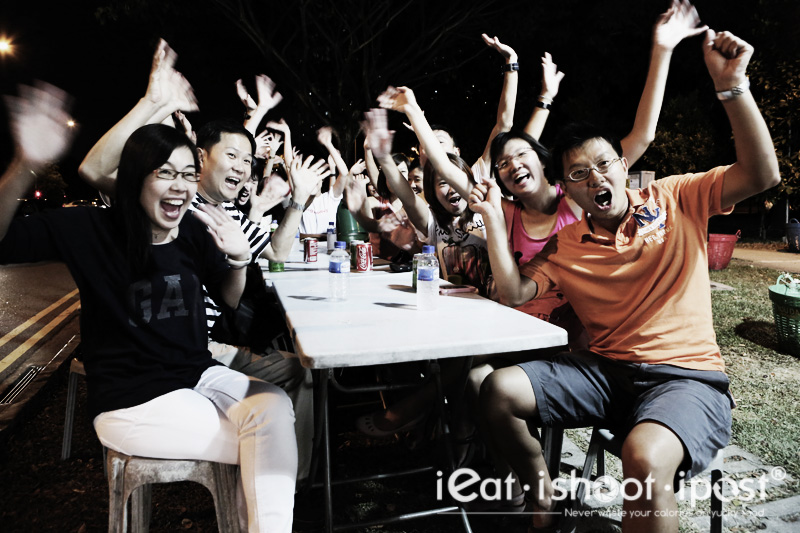 Fans pretending to be ecstatic for the cameras

Throughout the day, we were interacting with our fans via the #sgmemory tag on Twitter and ran a competition going to invite some of our fans to come join us for the final Durian feast. I had the privilege to meet some of our very nice facebook fans! Thanks for taking part in the contest and for following us on our food trail!!

Now, you have to be patient for the videos to roll out, but in the meantime, some people have asked me about the places we visited. So here is the list:

In case you are wondering why they are doing this, it is because Singapore turns 50 in 2015 and these memories will be collated for some big project! So do grab some of your old photos and pen down your precious memories for the future generations of Singaporeans! 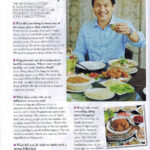 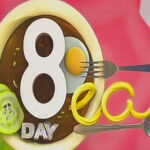 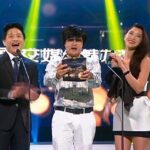 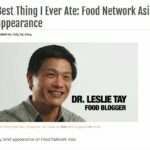 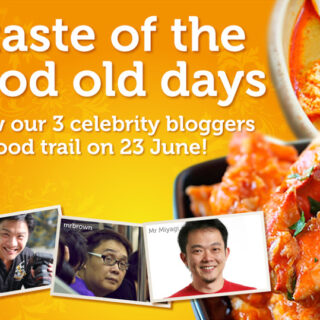 Featured in the Media
Singapore Memory Project Food Trail: Follow us on #sgmemory tomorrow!
Next 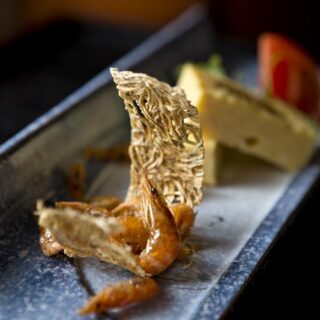