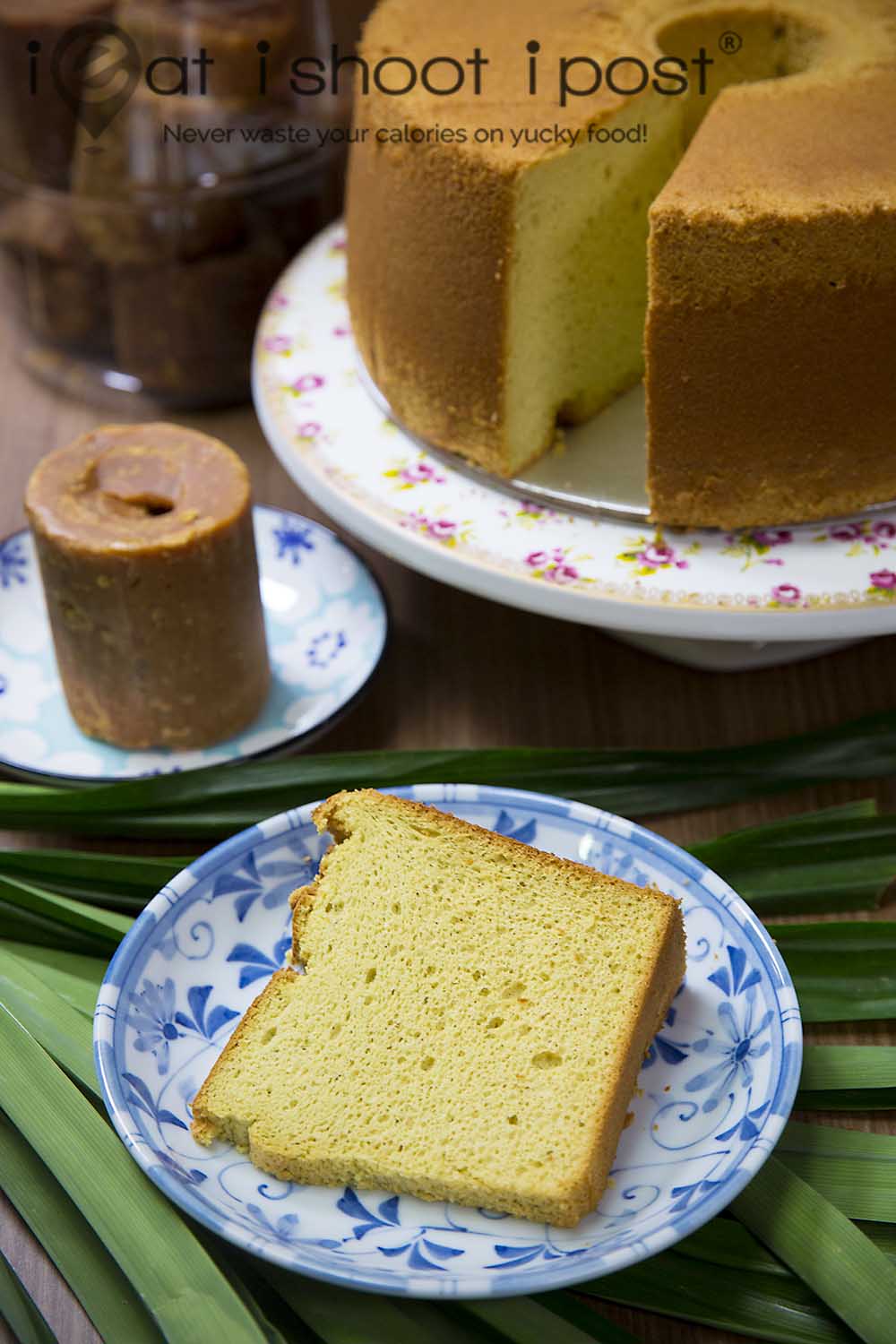 I last posted my Pandan Chiffon Cake recipe in 2010 and it is still the most popular blog post I have ever written.   I think it has to do with the fact that this cake has a very special place in the heart of Singaporeans and that the article delved into every single detail of how to make the cake successfully.  I make no secret of the fact that I am an amateur baker.  In fact, I had almost no experience in baking cakes prior to baking the Pandan Chiffon Cake and so I had to learn everything from scratch.  I guess that is why I could write a post that resonated with so many people.  I just assumed that everyone was a newbie like me and needed to learn the ABC’s of baking!

The last time, I experimented on more than 30 cakes before I managed to master it. This time round it took only 10.  One of the fundamental changes I made was to transfer one of the whites from the white team to the yellow team. (ie 5 yolks 1 whole egg and 8 whites instead of 6 yolks and 9 whites) This was an idea I got from Carol Walters and it makes the cake more moist.  If you want it even more moist you can transfer 2 whites to the yolks but the cake will not stand as tall and straight.

The other variable I had to play with was the gula melaka.  There are basically two ways of incorporating gula melaka into the batter.  You either melt it first in coconut milk or you chop it up and add it directly to the yolks.  I tried both and found that it is more moist when you added it direct instead of melting it first.  It is of paramount importance that you buy really good quality gula melaka as it will make a whole lot of difference to the aroma of the cake! 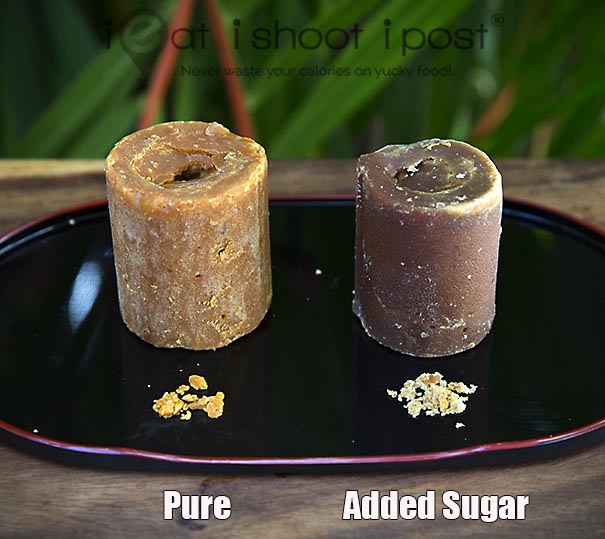 The good ones are made of pure palm sugar and are usually softer and have a wonderful fragrance. The poor quality ones have sugar added, so they are harder and drier.  Pure palm sugar has a texture almost like toffee when you press it between your fingers while the poor quality ones crumble like coarse sugar. I have bought good quality gula melaka from the Tampines Round Market (large dry good stall across from the Yummy wanton mee) and Geylang Serai Market (2nd stall on the right facing the road as you enter the market from the overhead bridge).

I have tried chopping up pure palm sugar in my food processor and it turns into a gooey sticky, toffee like consistency which is why you should follow my instructions and pound it first then chop it. If you don’t pound it, you might have large pieces of un-melted gula melaka.  So, pound and chop.  I have tried the granulated coconut sugar available at the supermarket before but they don’t give you that oomph of a good quality gula melaka.

The other change I did was to omit the baking powder from the recipe.  I used to add it because I was kiasu but I have since baked many cakes successfully without it so I have omitted it from the recipe.

I also found that the best way of extracting pandan juice is to chop it up and pass it through a slow juicer.  I don’t need to add any water and I get more than enough juice from 2 bunches of pandan leaves.  I used to have a slow juicer which I paid over $600 to buy years ago, but the leaves used to get stuck in the machine.  I have since changed to a Tefal Infiny Juice Cold Press Slow Juicer which is more powerful and handles the job quite well. The good news is that the prices of slow juicers have dropped massively in price compared to a few years ago and the Tefal one now costs just $239. Slow juicers are great to have as I use it for my five green juice in the mornings as well as to make soy milk.

For a detailed explanation of all the different ingredients and techniques to bake a successful Pandan Chiffon Cake, please refer to my previous post here.

Method
1. Prepare the pandan juice by chopping the leaves into thin pieces and passing them through a slow juicer. Alternatively, you can put the leaves in a food processor then use a piece of cloth to squeeze out the juice.
2.  Crush the gula melaka with a meat tenderizer or rolling pin and chop it up as finely as possible.
3.  Add the gula melaka to the egg yolks and whisk until it is white and foamy.  (ribbon stage).
4.  Mix coconut milk with oil, salt, vanilla essence and pandan juice and stream it into the batter.
5.  Sift the flour into the batter in stages, folding gently with a whisk to mix.
6.  Pass the batter through a sieve to remove un-melted gula melaka.  (You can omit this step.  It just means there will be pieces of undissolved gula melaka in the cake which can be quite nice too)
7.  Make sure the egg whites are at room temperature.  Whisk at medium speed till foamy, then add cream of tartar.  Whisk at high speed till the bubbles have almost disappeared.  Add castor sugar and whisk till it just passes soft peaks but before stiff peaks.
8.  Gently fold in the whites into the batter 1/3 at a time.  Mix till all the whites are incorporated into the the batter.
9.  Give the bowl a few sharp taps on the table top release air bubbles.
10. Pour batter into chiffon cake tin
11.  Run a chopstick around the sides spiraling towards the centre to dislodge air bubbles from sides and bottom of the tin.
12.  Smooth the top with a spatula.
13.  Give a few sharp taps to the sides of the baking tin to remove the large air bubbles.
14.  Bake in a 170°C oven (non fan force) for 55 mins.
15.  Remove from oven and immediately invert the tin and allow to cool completely.  I repeat, COOL completely!  If you try to remove the cake while it is warm it will collapse!
16.  Run a sharp knife around the sides and carefully remove the cake!  Then run the knife around the base.  Remove and invert the cake.  Slice and enjoy!  For better flavour, leave the cake in the fridge overnight. 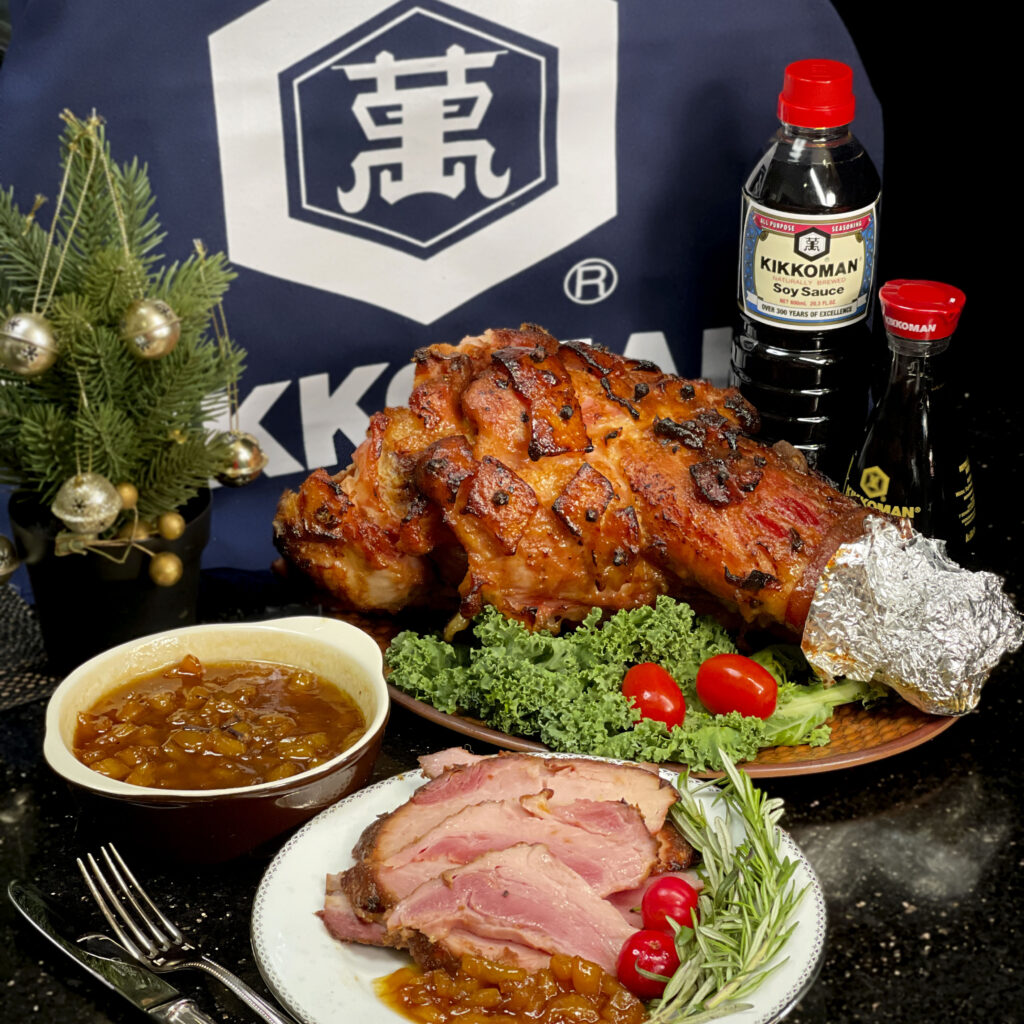 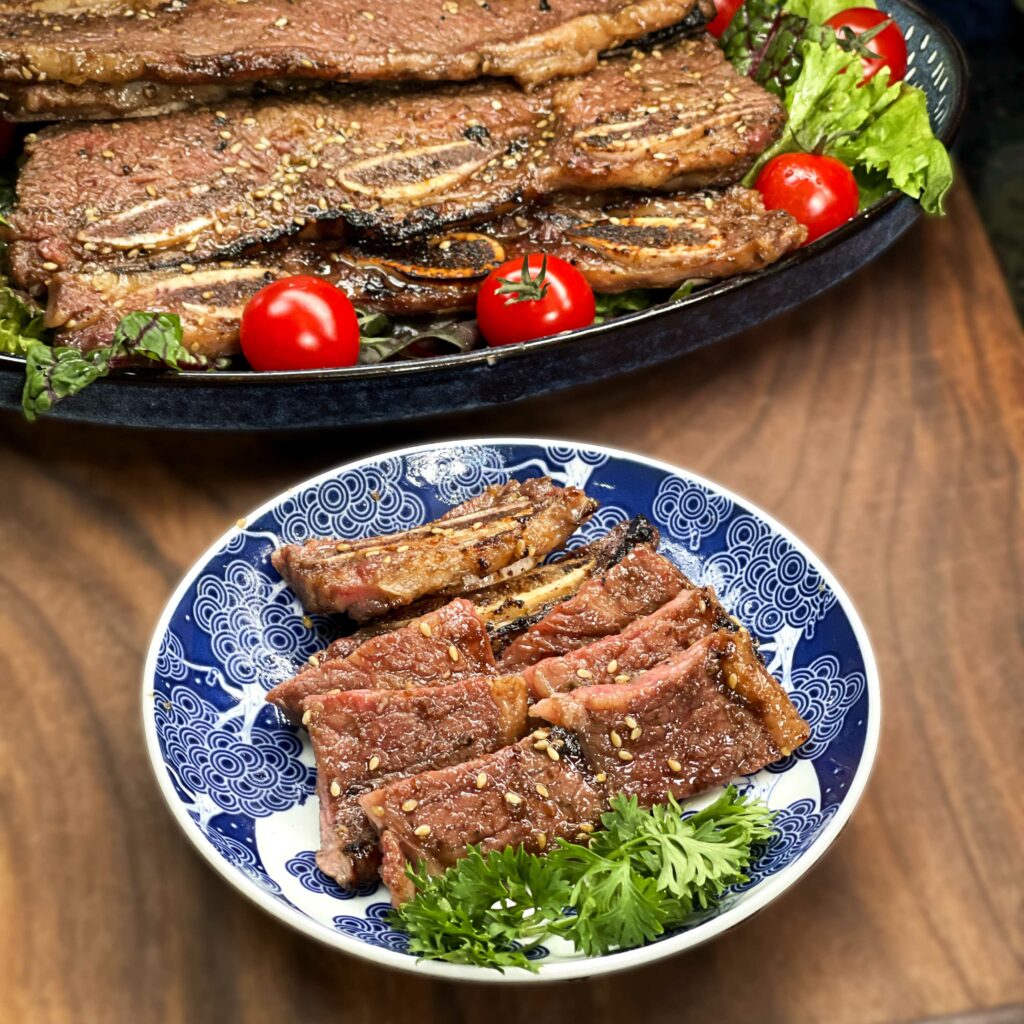 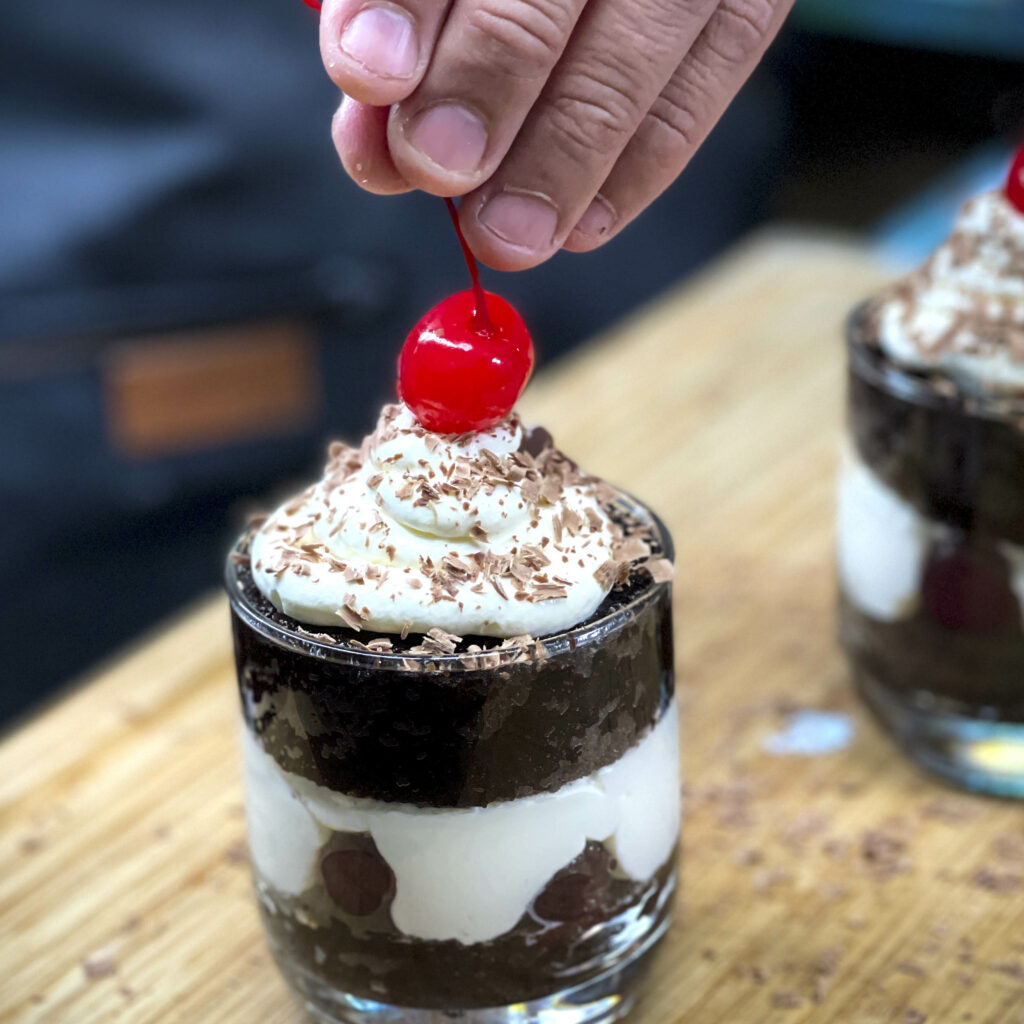 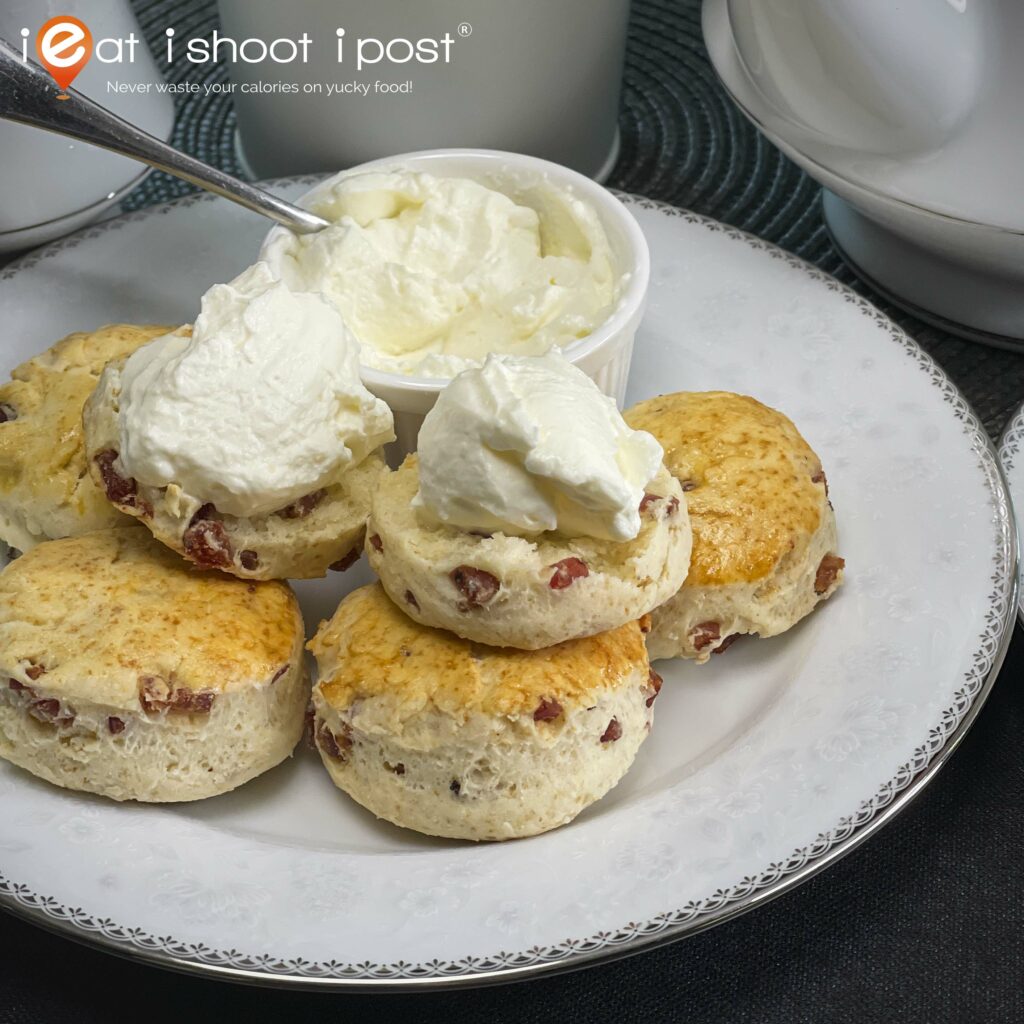 Thanks so much for sharing the recipe, can’t wait to make it! Pandan leaves are so expensive where I live so pandan paste is the way to go. How much pandan paste you reckon I should be using in place of the juice? Thanks heaps! 🙂

It is quite flexible. 2 tsp to 1 Tbsp should be good

Hi Dr Tay, will then there be a need to top up the liquid to 50 ml? Thank you!

Hi I tried the Pandan chiffon cake and it turned out really good. I’d like to try making orange chiffon cake. Is it possible to substitute the coconut milk for equal amount of orange juice? And adding orange zest instead of vanilla?

You can substitute the coconut milk with full cream milk and the pandan juice with orange juice.

Oh, I think I would top up to 200ml milk. I haven’t done it before so it’s just my best guess

Thank you again. It turned out very nice. I substituted coconut milk with full cream milk and added orange juice. Texture was super, just like the pandan cake but with a refreshing orange flavour. Looks like I might want to try other concoctions from here.

Is it coconut cream or coconut milk for this recipe?

Hi Leslie, is this the gula melaka that you bought from the Tampines round market 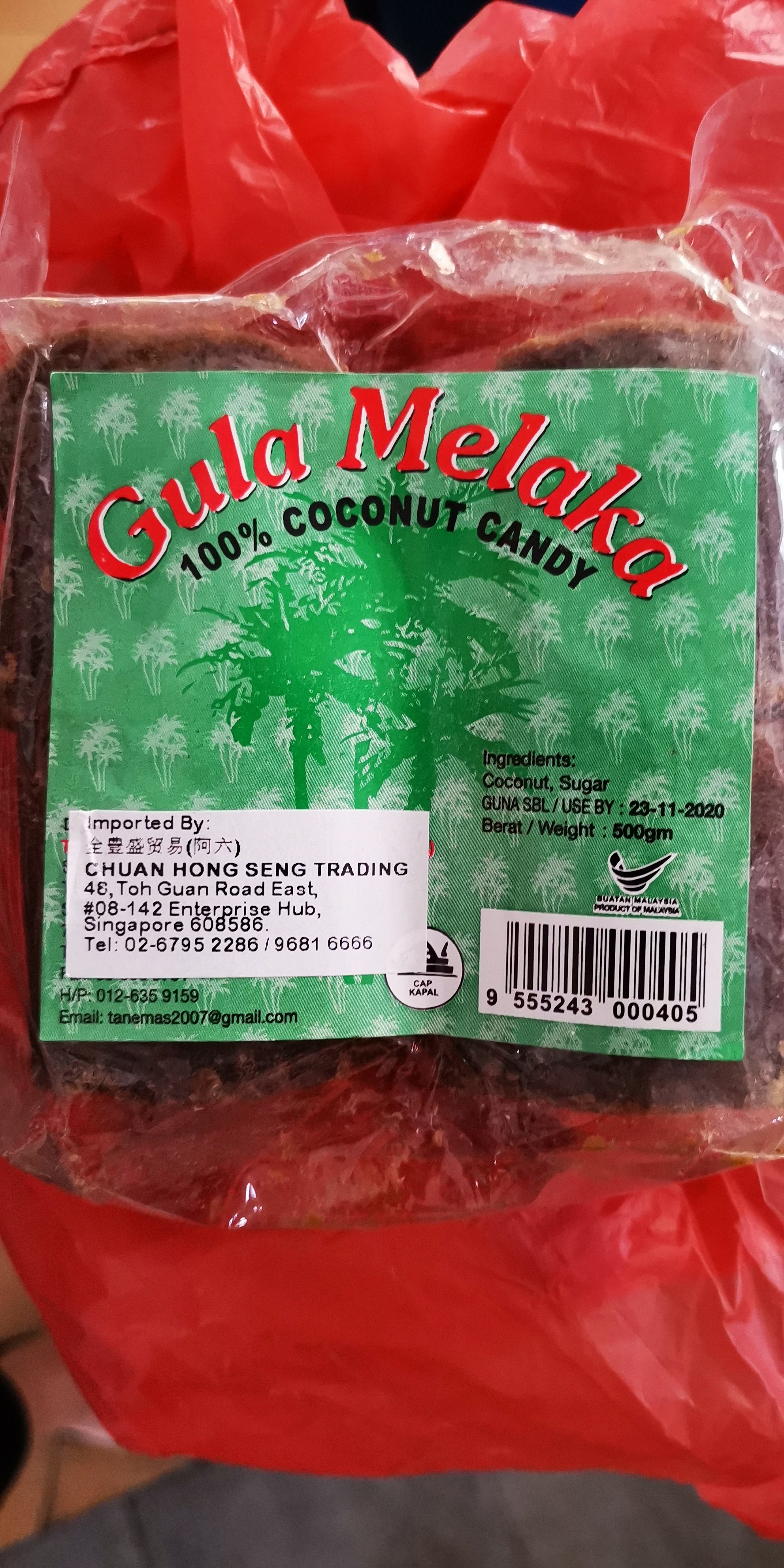 No. This one has sugar added. The one I bought has no label.

Thanks for the reply, I bought this from the shop u recommended, near the Wan Tan mee stall.

You need to ask for the top quality ones which don’t have labels. There are two stalls there, it’s the bigger one which occupies two stall spaces.

Hi Leslie, have you ever tried mixing in the yellow team ingredients (and later adding in the green team) over a Bain Marie?

No. What does it do?

Supposedly it helps to cook the yolk + flour mix slightly, perhaps more stable? I saw and tried it with another chiffon cake recipe and it was good. In this case I think it will melt the gula Melaka ensuring a more even distribution. tried it with yours and will report back shortly (actually the cake is in the oven right now).

Hello, the cake rose nicely! Wonderful flavour! Was a tad less fluffy than I’d have liked which was probably related to my bain marie method. Lovely recipe thanks!

Hi Dr Tay, I have tried both your chiffon cake recipes with good results. Thank you! However my cake has always risen too fast imo which affected the texture. I recently discovered that if I bake at 140 celsius for 50min and 160 celsius for another 10min, I will achieve a nicely dome cake without cracks. Just to share!

Oh wow! Thanks for sharing! I will try it next time!

Hi Dr. Tay, thanks for your recipe! I know you posted this a while back but hope you give me some tips. I just attempted this recipe for the first time and my cake turned out quite dense. Somehow, a lot of bubbles were also present on the batter even after I tapped the sides of the chiffon tin too. Do you know what I might have done wrong? Thank you in advance 🙂

So many things can go wrong. Its proabably due to your folding technique. Need to do it gently!

Hi Leslie, thank you for the recipe. I noticed u wrote the baking temperature at 170C, but it was stated 160C in your video clip. Could u please clarify?

Actually it really depends on your oven. 170C should be quite safe for most ovens.

Hi Dr Tay. Thank you for your recipe. Another yummilicious and fail proof recipe from you! Always love your recipes. They are so much tested by yourself first and by the time we readers try them out, its fail proof. Thank you!
One query. I have read Top Flour can be used for chiffon. Am wondering if you have tried using top flour before. If yes, what’s your feedback on that? vs Cake Flour.

Thanks LPK. Yes, Top Flour is in fact specially formulated for Chiffon Cakes and will be the best flour for this.

I sold more than a thousand of your Pandan Chiffon Cake but I tweaked it a bit – 7 yolks, 9 whites, less sugar on both, use the best coconut cream, more extract etc.

Wasn’t my intention to sell it at first, it meant for my autistic son who didn’t like any cakes. Surprisingly he loved Pandan Chiffon Cake I baked for him in 2010. My growing food business I have today, started from your Pandan Chiffon Cake. Thank you so much…

Oh wow, so happy that the recipe was useful for your business! What is the name of the stall?

Hi Dr Tay, tried looking but can’t locate the print icon for the recipe. Is there one? And it would be great if you can include the weight of eggs in a recipe. I think that will make it easier for your readers outside of Singapore as egg sizes vary from country to country. Just a thought.

Yes, we need to look into doing printable recipes. Noted on the eggs. 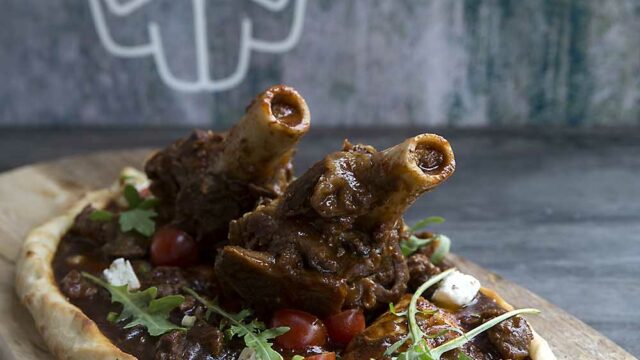 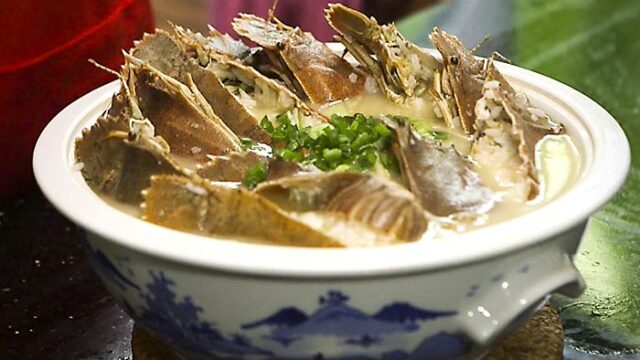