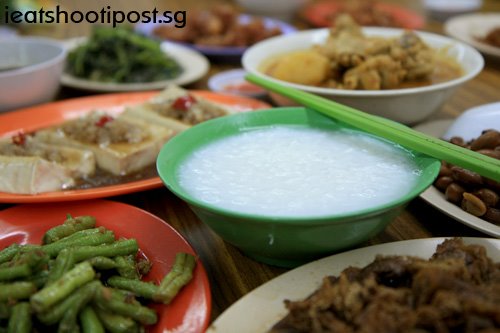 Whenever you walk into an eatery and see photos of stars adorning the walls, what is your first reaction? Well, I guess mine is the same as many others, which is “Ay this stall is frequented by all these movie stars, must be quite good”. But you know, the stars are just like anyone else. There are some who are very discerning and others who just eat to live. 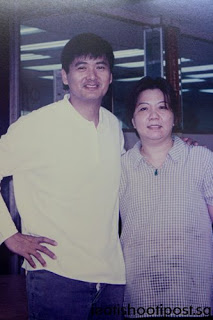 If you had caught the episode of Makan Lost and Found on Seng Kee’s Bak Chor Mee recently, you might have caught my brief cameo appearance. I was on the set that day and had the opportunity to talk to both Gurmit and Michelle. So I popped the most logical question to them. “Are you really foodies or is this just your job?” Well, Gurmit was very honest and admitted that Michelle was the real foodie, but he just eats whatever. So, based on this, I would be more confident if I walked into a restaurant which has a photo of the Lao Ban standing next to Michelle rather than Gurmit.

When you walk into this Teochew restaurant, you are immediately greeted by photos of Andy Lau and Chow Yuen Fatt which are probably taken a few years after his role in “Man in the Net”. (Nowadays that might be taken to mean “internet” but in those days, “Net” had a different meaning). So, the real question is, “How much of a Foodie is Chow Yuen Fatt?” He seemed to have adorned the walls of a few eating estblishments around Singapore. Anyone knows? 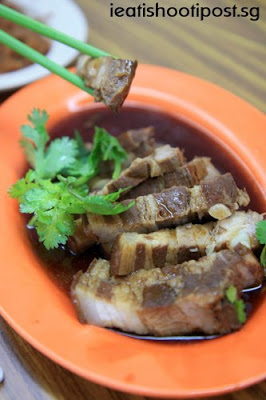 Anyway, based on the food in this restaurant, I would say that Mr Chow’s tastebuds are not bad, or at least they are as not bad as mine, because I actually found the food here to be quite good.

But of course, good is relative. And in this case, it is good relative to the last couple of Teochew Muey’s which I had which were quite bad (which is why they are not mentioned in the blog). So it is refreshing to find one where most of the dishes are quite ok.

One of the dishes here that I can recommend is the Lor Bak. Tender and savoury, it is certainly not the best I have eaten, but something I would be happy to order when I come back to eat again. 4.25/5 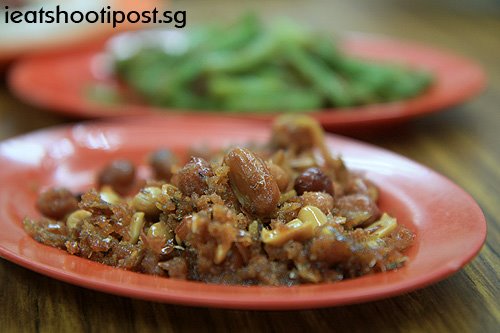 One of the dishes which was quite outstanding was this very simple peanut with ikan bilis which had some really addictive crunchy bits which I found out later was a mixture of chilli with sugar crystals. We had second helpings of these. 4.5/5 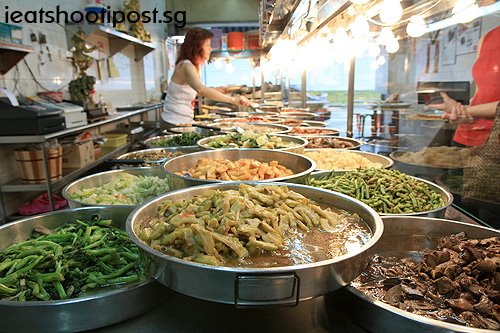 The other dishes were all generally quite good. Other dishes that I would order again were the Hae Bee Hiam and the Gu Rou Yoke (Sweet and sour pork). The porridge could have been hotter and I wouldn’t order their braised peanuts again.

One of the better Teochew Porridge that I have had in recent days and one that is opened in the wee hours of the morning if you happened to have those hunger pangs in the middle of the night. 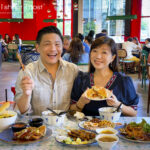 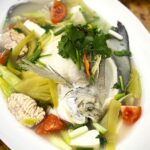 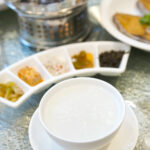 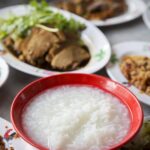 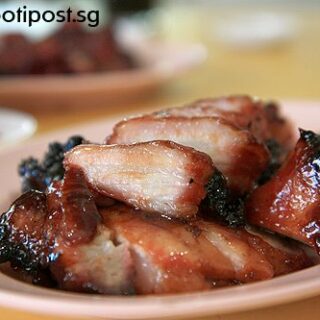 THE REALLY MUST TRY LIST
Fatty Cheong’s Char Siew: To get good Charsiew, you need to know a little pig anatomy!
Next 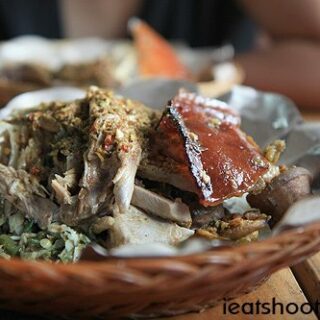