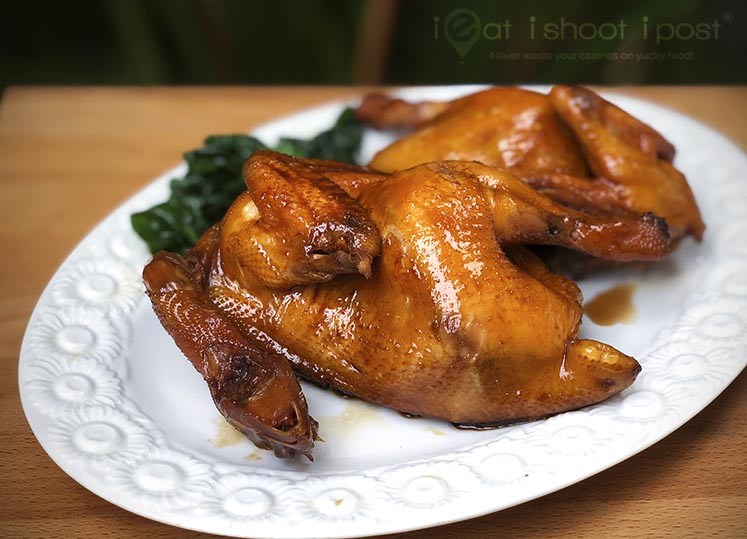 Soy sauce chicken was somewhat on the B list of famous hawker dishes until it shot to fame when Chef Chan won a Michelin Star for Hong Kong Soya Sauce chicken in 2016.  Since then, I had wanted to write a recipe for soya sauce chicken.  Unlike Hokkien mee or char kway teow which requires a big wok and a hot stove, a dish like soya sauce chicken can be easily done at home!

I have tried a few recipes from the internet and cook books but I have never been able to achieve the flavour that you get at places like Hawker Chan or Crystal Jade.  Fortunately, I managed to get help from Chef Wong of Kam Roast and Chef Austen of The Chinese Kitchen and finally had a braising sauce which I like!

The key to the braising sauce is the the blend of herbs used to flavour the soy sauce.  Both chefs gave me their list of herbs and I found quite a good overlap between the two lists.  These herbs are easily available from the Chinese medicinal shops and wet market. In case you can’t find all the herbs, don’t worry, just use what you can get your hands on.  The essential ones are cinnamon, cloves, star anise, black cardamom and bay leaves.  These are easily available and will give you a fragrant braising sauce even if you leave out the rest.

The sauce can be made ahead of time and kept in the fridge. In fact, it is better to make the sauce a day ahead and leave the herbs in the sauce overnight.  Any left over sauce after cooking can be kept in the freezer and be added to the next batch of sauce to give it a greater depth of flavour!

Prepare the chicken by blanching in boiling water for 5mins. Remove from hot water and place in a bowl of cold water to stop the cooking. Place on rack to dry. Once completely cooled, divide the chicken into 2 halves.

Add 1 cup water (250ml) to the “dry team” and steam for 30mins. Strain aromatic water into a pot and place the herbs in spice bags. Add ingredients in “wet team” to the pot and simmer for 30mins.  Optional:  Add a few chicken feet or wing tips at this stage to increase the collagen content and flavour of the sauce.

Remove chicken feet (if used) and add the two chicken halves to the pot.  Add enough water to cover the chicken. Bring to boil and turn down heat to a gentle simmer.  Cook for 30mins, or until the deepest part of the thighs register 75°C.  Remove chicken and place on rack.

Mix a 1/2 cup of the braising sauce with 2 Tbsp honey or malt sugar.  Brush glaze onto the skin surface of the chicken while it is still warm.  Rest for at least 30mins before serving.  For even better flavour, let the braising sauce cool down and let the chicken marinade in the sauce for another hour or two! 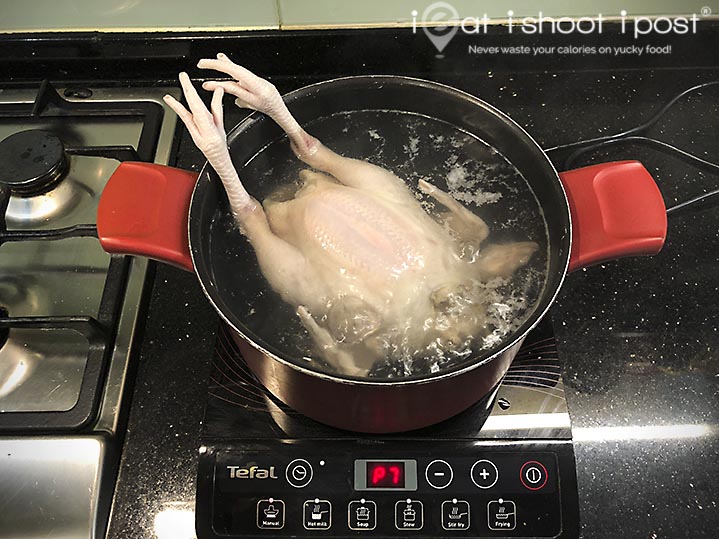 I blanch the chicken in boiling water for 5 mins.  This tightens the skin and kills the bacteria on the surface. (important as we are leaving the chicken out to dry)  It also helps to get rid of blood and other impurities which float to the top as scum. 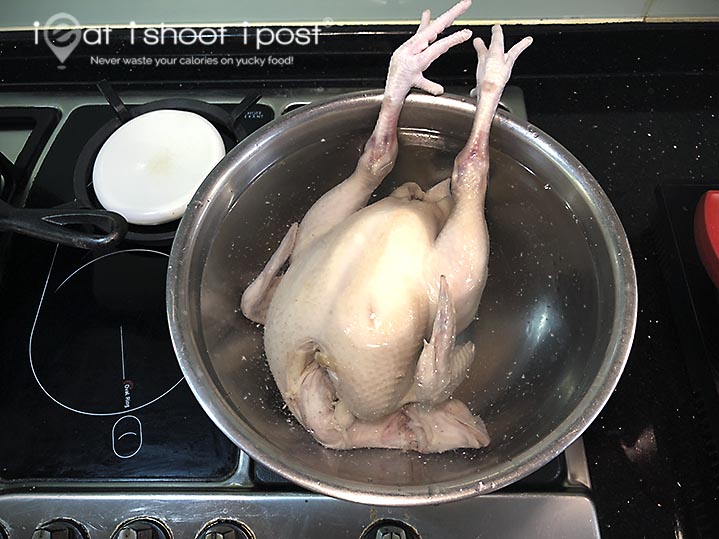 After blanching, cool the chicken by placing in a bowl of water.  Gently wash and clean the chicken. 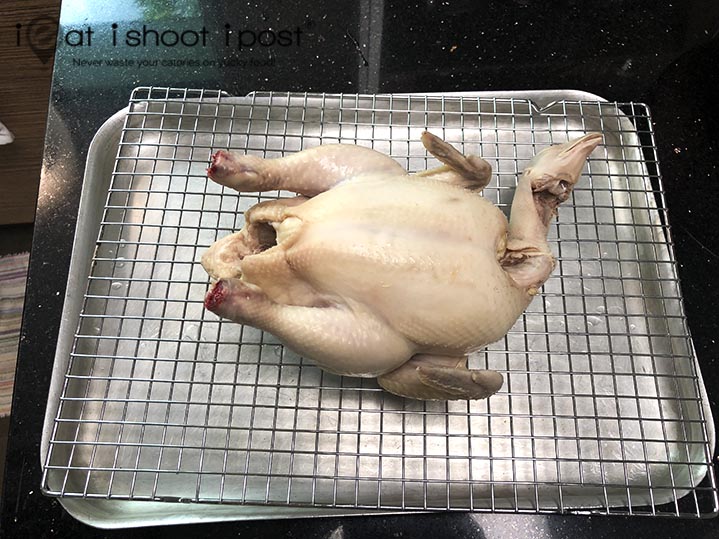 Leave the chicken to cool and dry on a rack.  Wait till the chicken is completely cool before cutting it into half.

I halve the chicken as it is easier to cook this way and you don’t need to use too much braising sauce.  The only reason to cook the chicken whole is for presentation especially if it is used for an offering during religious festivals. By blanching and allowing the chicken to dry before cutting it into half, you ensure that the skin covers the flesh nicely.  If you halve it first without blanching, the skin will contract when you braise it and it won’t look as nice. 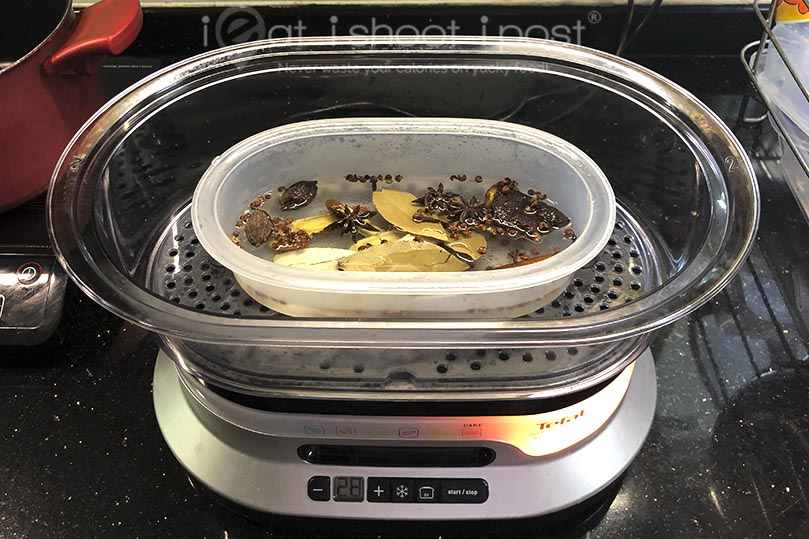 Chefs differ on whether you really need to steam the herbs first.  I just added this step so that you know that some chefs employ this extra step.  Chef Austen advocates this and claims the sauce will be more aromatic, while Chef Wong says you can put the herbs directly into the braising sauce. 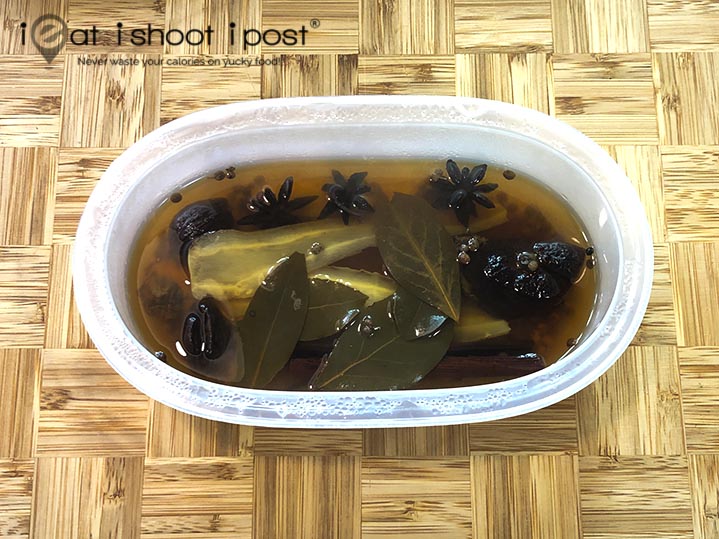 When you steam the herbs, you will be able to smell the aroma filling the kitchen!  When its done, you are left with a fragrant liquid for the braising sauce. 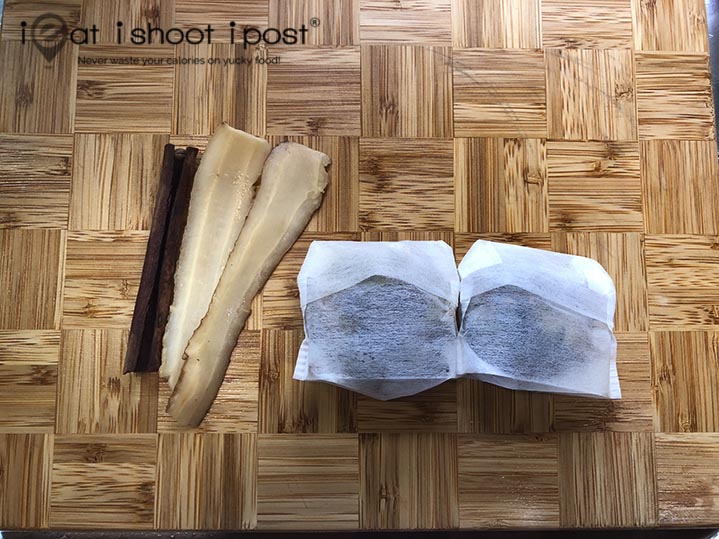 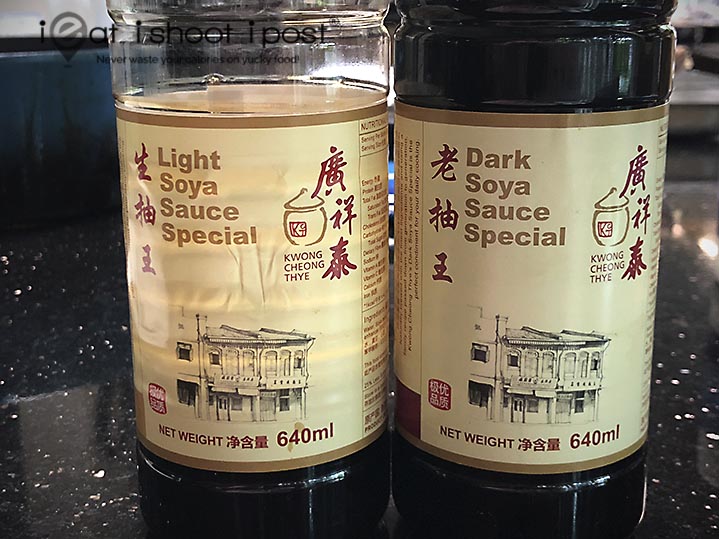 Soya sauce is very important and it is best to get a good quality one.  Most chefs I speak to like Kwong Cheong Thye.  They come in many grades.  The one I use is the 2nd best grade which is good for braising.  This particular dark soya sauce works very well as the colour is slightly red and gives the chicken a lovely bronze colour when cooked. I added some chicken feet to the braising sauce for the initial 30mins of cooking. This adds collagen to the sauce and makes it nice and tacky.  You can use wings or wing tips as well or even pork skin.  It is an optional step which you can leave out if you wish. 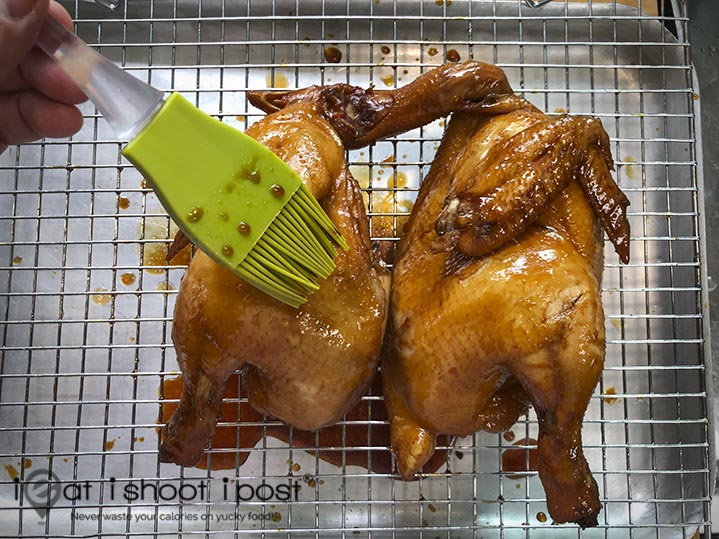 Once the chicken is cooked, remove and place on a rack and glaze with the honey and braising sauce.  The honey/malt will give a nice sheen to the skin and prevent it from drying out.  Make sure you leave it for at least 30mins before serving. It’s better to leave for 2 hours so that the flavours get a chance to penetrate into the meat.

If you have the time, wait for the braising sauce to cool down and put the chicken back in the sauce to marinate for another hour or two.  This will allow the flavour to really penetrate into the chicken meat!

Acknowledgements
I want to thank Chef Austen Ong of The Chinese Kitchen and Chef Wong Kwan Sang of Kam Roast for their help with this recipe! 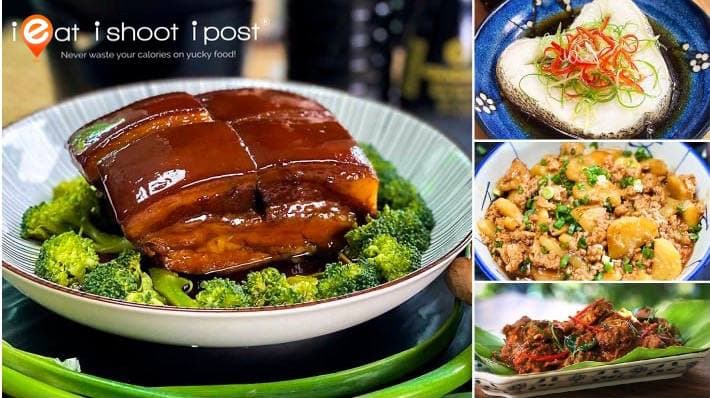 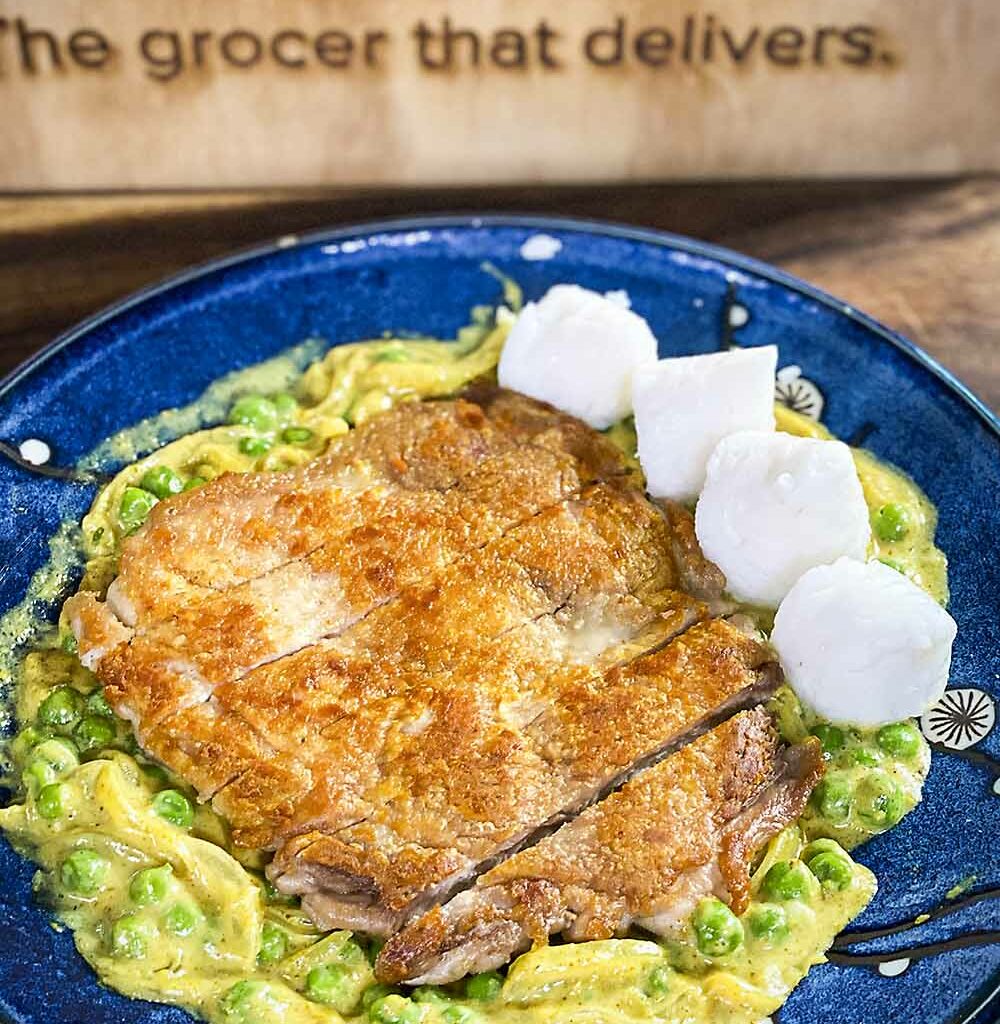 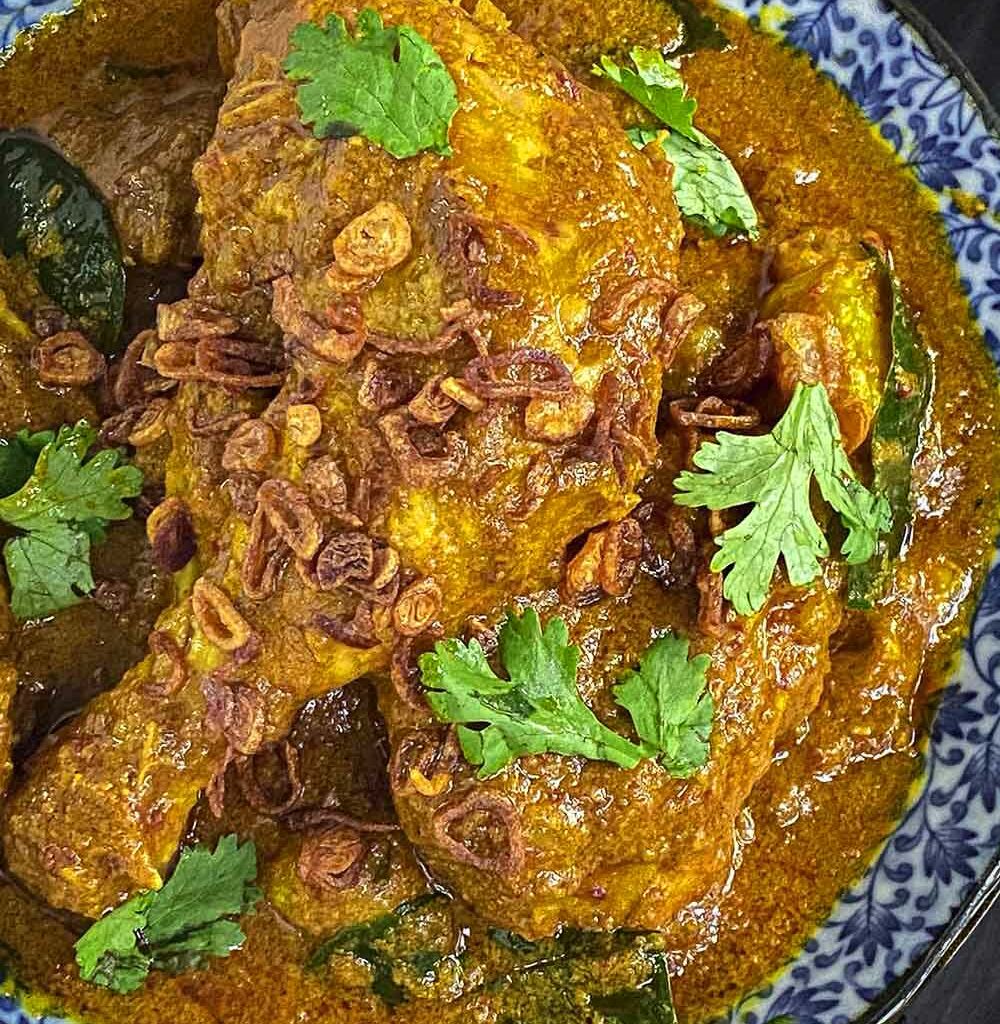 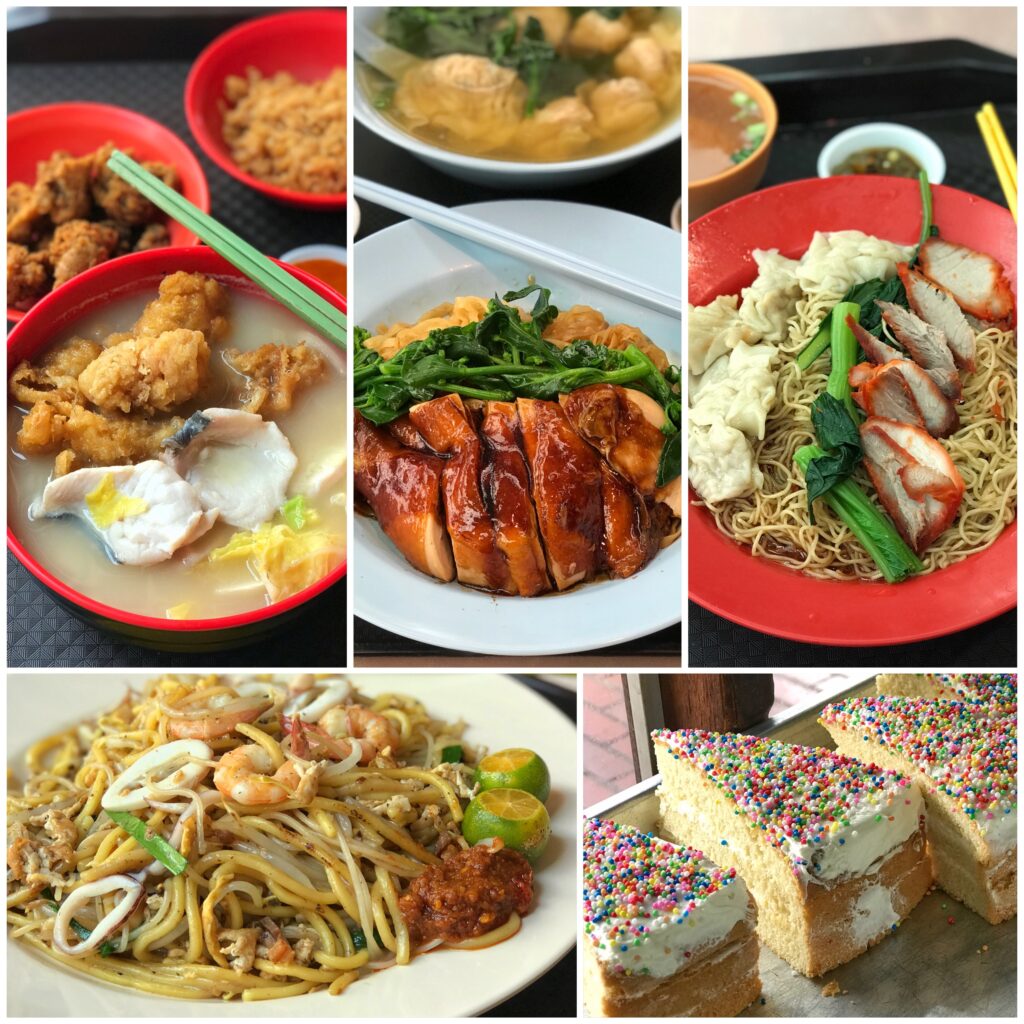 Is the sauce for half chicken or whole
chicken? If it is for whole chicken, what is your recommended weight of
the chicken? Thanks for sharing and I can’t wait to try it out!

The sauce is enough for cooking 2 halves of a 1.2kg chicken. It is as shown in the video.

Thanks Leslie for the reply on the chicken weight.

Can I halve the ingredients if I want to cook half of the chicken only?

No, you probably have too little sauce.

hi, can I cook chicken pieces instead of the whole chicken?
Thanks for sharing

Maltose is less sweet and is traditionally used in order to keep the skin shiny and moist. I suggested honey because it is easily available and most people do have a bit of honey at home.

I made this and was very pleased with it. Got all the herbs at a store outside the 24hr NTUC at Jurong Point and got a hormone free chicken from the butcher.

I saved all the sauce in the fridge and wanted to know if I really can just pop another chicken in for the 30 min and get another Soya Sauce Chicken just as good as the first.

Hi.
Refer to your recipe. There is an item called “Sand ginger”. Where can I get this item? From the medical hall? Thanks.
HL Low

Can get from some KK Market vegetable stalls. Ask for sand ginger aka “sar keong”.

Thanks for the tip! 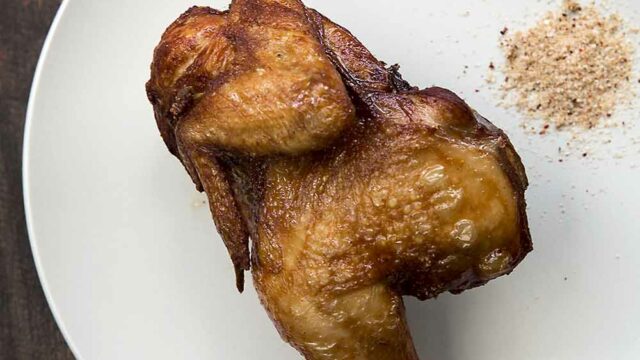 THE MUST TRY LIST
Nekkid: Mr Eccentric does meats
Next 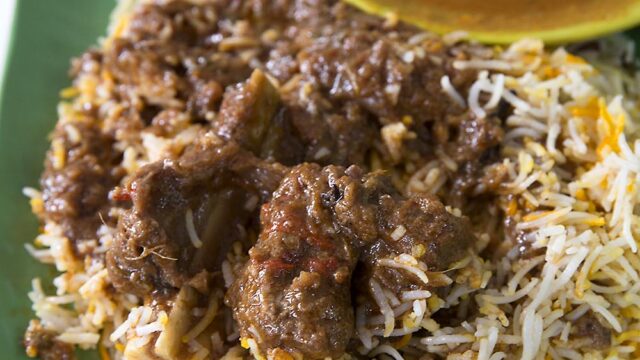 THE MUST TRY LIST
Koothurar Restaurant: AKA Beach Road Briyani