Violet Oon’s Kitchen: Just what is this Kueh Pie Tee?

When was the last time you spared a thought about this little oddity called Kueh Pie Tee?

I say oddity because, well, its pretty hard to describe it. If hawker food were divided into various categories, this would end up in the “Miscellaneous” column. If it were a Western Cookbook, it would be classified under h’orderves or canapes.

It’s origin remains a mystery. We know for certain that it is a Peranakan dish. It is known as Kueh Pie Tee in Singapore as well as in Penang where it is spelt Koay Pai Tee. In Malacca they are called “Top Hats” because of its resemblance to an inverted top hat. Over there, their cups look a little different from the Singapore version as the edges of the cup flay outwards to form the rim of the “hat”. Based on that name, we can at least say that the Kueh Pai Tee must have been invented after 1793, the year in which the first top hat appeared in England.

Most of the experts I spoke to link the Kueh Pie Tee to the influence of the British on the Peranakan culture. Many consider it the Nonya version of a British pastry and served very much as a snack. Some have suggested that “Pie Tee” was derived from “Patty” or “Pastie” which sounds quite plausible. Baba Ong Jin Teong, writing in an issue of The Peranakan claims that Kueh Pai Tee was a Singapore invention and that during the Japanese occupation, it was known as Syonanto Pie. Syonanto being what the Japanese called Singapore during the war. He suggested that the “Pie” in Syonanto Pie had something to do with “Pie Tee”.

Without a doubt, Kueh Pie Tee is closely linked to Poh Piah or the springroll which is a Hokkien dish used to celebrate the coming of Spring. The filling used in Poh Piah is the same one used for Kueh Pie Tee and should include bamboo shoots whose appearance heralds the coming of spring. Lots of places nowadays omit this due to its cost. But to omit the bamboo shoots is to omit a significant part of its heritage as well as its taste.

Whatever the case may be, I come back to the first question which I posed at the beginning of the article. When was the last time you thought about Kueh Pie Tee?

I say this because I am probably one of many Singaporeans for whom this is a dish which we only eat during family gatherings when one of the aunties happens to be a Nonya or claims to have some sort of Nonya blood somewhere up the family tree. As such, it isn’t really a dish like, say, Char Kway Teow, where one really goes around seeking. More often then not, it is served by a Poh Piah stall who buys a container of Kueh Pie Tee cups and offers it as an option to customers.

Well, that was what I thought about Kueh Pie Tee until I ate the ones at Violet Oon’s Kitchen. Suddenly I realize how nice these little bite sized canapes can be if they are done well. Firstly there is the wonderful contrast of textures between the crispy cups and the moist filling. Then the wonderful sweetness of the turnips (jicama) and the bamboo shoots contrasting with the depth of umami coming from an excellent prawn stock. And because the chilli sauce is only added on top, you only get a quick, albeit super spicy punch which pushes the emergency button for a brief moment but quickly disappears when you are ready for the next one. This really is a brilliant little Nonya invention! 4.5/5

But this place isn’t just about Peranakan food. What you are going to find is a mix of local dishes with other favourite dishes which our Singaporean culinary icon had collected since the 1950’s. It really is, as the name of the restaurant suggests, Violet Oon’s Kitchen. So her recently launched brunch menu features not only local favourites like a jazzed up version of Nasi Lemak, it also includes dishes like Corn Beef hash, a dish she remembers fondly from her childhood that pays homage the British influence on Singapore cuisine as well as classics like French Toast which she had encountered in her travels.

Being the foodie that she is, the dishes here are all prepared to her exacting standards. Most of her dishes are, in her words, “Not quite perfect yet” because she just can’t get hold of the ingredients she wants. So take the French Toast for instance. Her version easily one of the best I have come across because she finally managed to track down a supplier of Brioche bread to make the toast. It is also done perfectly with the egg wash penetrating through the buttery brioche. What you end up with is a French Toast that is toasty brown on the outside but has a moist interior like a bread pudding. To give it a local twist, it is served with a luxurious gula melaka banana pengat. The “Not so perfect” bit is the fact that she still hasn’t been able to get hold of some pisang raja to make the pengat. So you will just have to settle with the common “Del Monte” bananas you find at the Supermarkets. 4.25/5

The Asian Big Breakfast is essentially Violet’s take on the humble Nasi Lemak. Instead of serving the common white version, she has dished out Nasi Kuning instead which is a rice cooked with coconut, tumeric and lemongrass. The rice is cooked with a mixture of glutinous rice and long grain rice which result in a texture that is almost like a crumbly Bak Chang. I found the texture a little to clumpy for my liking. The star of the dish for me was the Sambal Telor which was excellent. The sambal was fragrant and surprisingly light and was a perfect topping for the hard boiled egg. 4/5

Crab Cakes Benedict was a dish which Violet’s daughter, Shiyin came across when she was in LA. Being part owner of the restaurant, she convinced mom to serve the dish in their new brunch menu. To substitute crab cakes for the ham in an Eggs Benedict might be sacrilegious for some but I found that it actually worked really well. The poached eggs and Hollandaise sauce are done perfectly and complements the crab cakes surprisingly well. 4.25/5

My dad used to make corn beef hash for me as a kid and I suspect if you have grown up in the 60’s and 70’s you probably would have eaten more corn beef then kids nowadays who have greater access to gourmet delis. In those days, sausages came out from a can and there was only one type of ham sold in the supermarkets. Those were the heydays of corn beef. My dad used to make an fried rice with corn beef and it was something we all looked forward to.

It’s funny that even though corn beef is still pretty much available at the supermarket shelves that we still regard it as a very nostalgic type of dish. Violet adds sauteed potatoes and chilies to her corn beef hash to give it a bit more kick. 4/5

The Bubo Cha Cha Pannacotta beautifully captures the generational tension between Violet and her kids who are partners in the restaurant venture. While Violet wanted to stick to tradition, her daughter insisted that the classic way of serving Bubo Cha Cha was too passe for the bistro. So a compromise was struck with Bubo Cha Cha Pannacotta where the pudding was made with coconut milk and then topped with the usual Bubo Cha Cha ingredients with a few new twists like the agar agar to provide some textural contrast. It actually works for me! 4.25/5 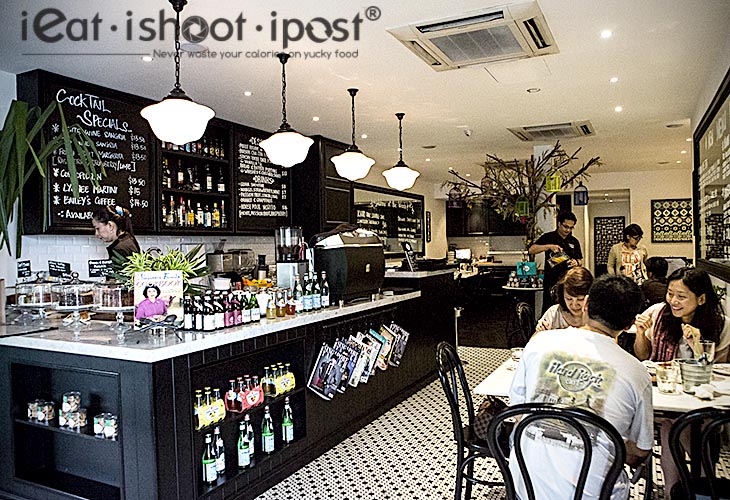 The decor at Violet’s Oon’s kitchen is reminiscent of an old Nonya house and the black and white motif will remind you of those old British Bungalows. You could just imagine this Singapore style Bistro being in downtown New York! It’s a great place to have a lazy Sunday Brunch or afternoon tea and imagine you are still living in the British Colonial Era.

This is the kind of Singapore style Bistro which you would not hesitate to bring an overseas friend. It is modern yet traditional and the food is made with the kind of fussiness that you would expect of a foodie. The prices may appear to be a little on the high side, but that is the price to pay if you are a stickler for details. We left the restaurant planning to come back again to sample the other dishes on the menu. I guess that is a good sign for any restaurant.

Thanks to Violet for hosting our meal 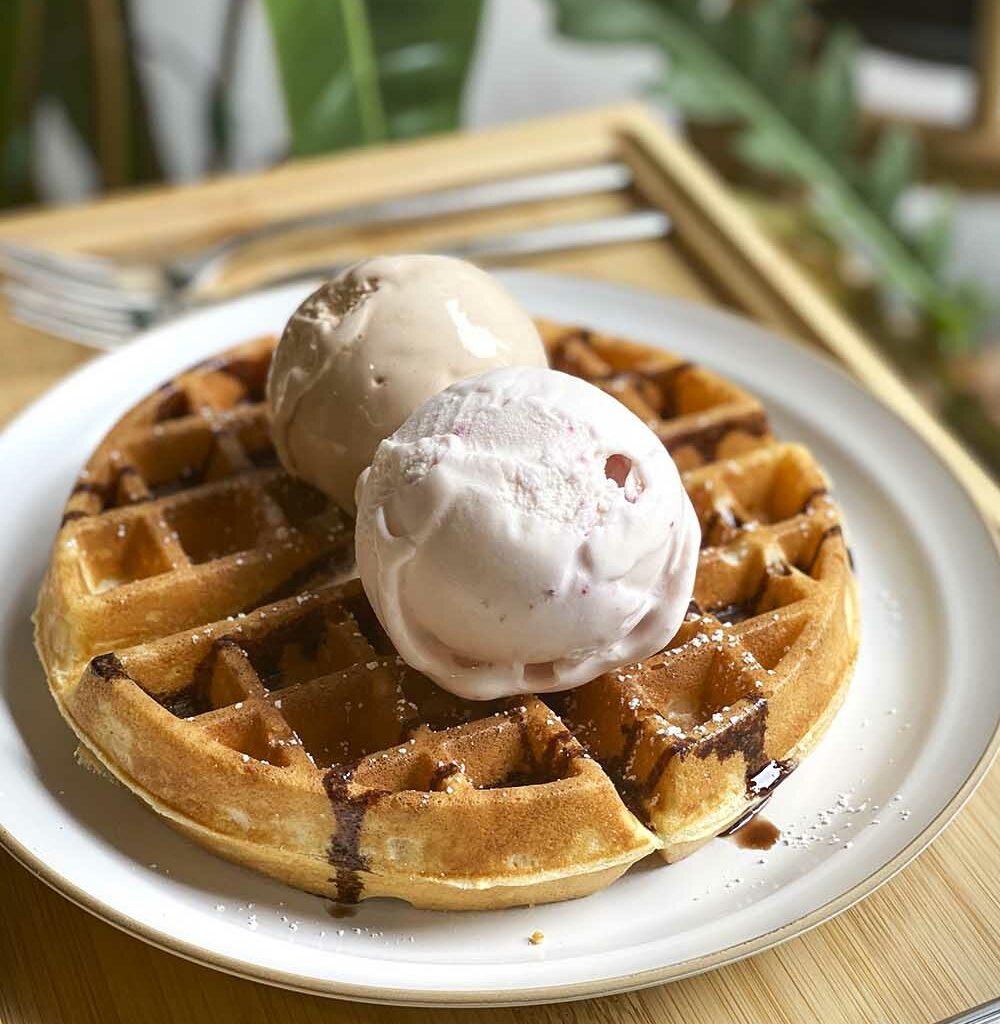 Koay Pai Ti, posted recently at Penang Heritage Food FB Group.
It is important to get the proportions of the ingredients right and not over-whelm by large prawns! There are already chopped up prawns in the Pai Ti filling.

Ah, something to think about! 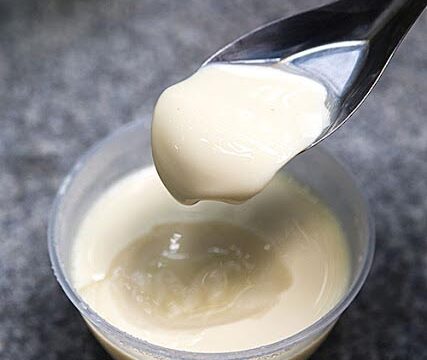 Bean Curd
Soya Bean Pudding Recipe: Why I don’t write reviews about them