Print
Report and photos by Joao

I’ll make no secret of the fact that my first visit to Sole Pomodoro changed the way I perceived pizza crusts. Up to that point I had only ever eaten just-palatable pizza crusts, and was of the misguided opinion that crust was merely a delivery vehicle for topping — a waste of carbs to be avoided if possible. How naive I was! Sole Pomodoro was my introduction to pizza crust that had progressed from mere supporting cast to co-starring role. I mean, every time I dine at Sole Pomodoro I find myself finishing every bit of pizza crust even if I’m already full. I don’t know what they put in their pizza dough, but this stuff is addictive! It’s just bread right? Then why can’t I stop eating it?!

Over the weekend a few readers of the blog, myself included, attended a special pizza tasting session held at Sole Pomodoro where we gained some insight into this mystery. On the menu — two different kinds of pizza crust; one based on traditional Neapolitan pizza, and the other with more pan-Italian influence (hereafter known as the Sole Pomodoro crust, since it’s the style of crust they usually serve). So how do the two compare? The Neapolitan crust is more dense — chewier if you will, and has a larger rise than the Sole Pomodoro one. Conversely, the Sole Pomodoro crust is crispier, thinner, and not as chewy (it required about half as much chewing) as it’s “authentic” counterpart.

In between pizzas I managed (just barely) to pull myself away from the food for a chat with the Cugini brothers about their decision to serve the Sole Pomodoro crust in lieu of a VPN styled one. In heavily accented English, Mauro explained that he was from Sicily and Gerri was from Sardinia — neither of them hailed from Naples, the birthplace of modern pizza. While the Neapolitan style of crust is undoubtedly probably closer to beingdescended from the original, Mauro defended the authenticity of the Sole Pomodorostyle crust. Neapolitan it may not be, but it’s just as Italian, albeit with non-Neapolitan influences; as such you’re likely to find similar-styled crusts in parts of Italy outside of Naples. The Sole Pomodoro pizza dough is also, ironically, more complicated to prepare and cook than the VPN one, which is counterintuitive considering the stringent requirements and many hoops that one has to jump through to get VPN certification. But here’s the kicker — the most important reason that the Cugini cousins decided to go with their own pan-Italian styled crust is that they actually prefer the taste of their own crust to VPN. Gerri even boasted that he could eat his own pizza everyday and not grow tired of it!

At the end of the session the eight diners were polled to see which crust they preferred — the result was six to two in favour of the Sole Pomodoro crust. Granted, eight Singaporeans do not a good sample size make, but I think the results did help to confirm Gerri and Mauro’s suspicions that the traditional Vera Pizza Napoletana style crust probably won’t sell as well in Singapore as will their own style of crust. I for one am inclined to agree. Both crusts were delicious — I finished every bit of crust that I was served — but I think the Sole Pomodoro crust edged out (haha, geddit?) the Neapolitan one in terms of overall enjoyment derived from eating it. Still, I wouldn’t mind being served either pizza any day — everyday even. 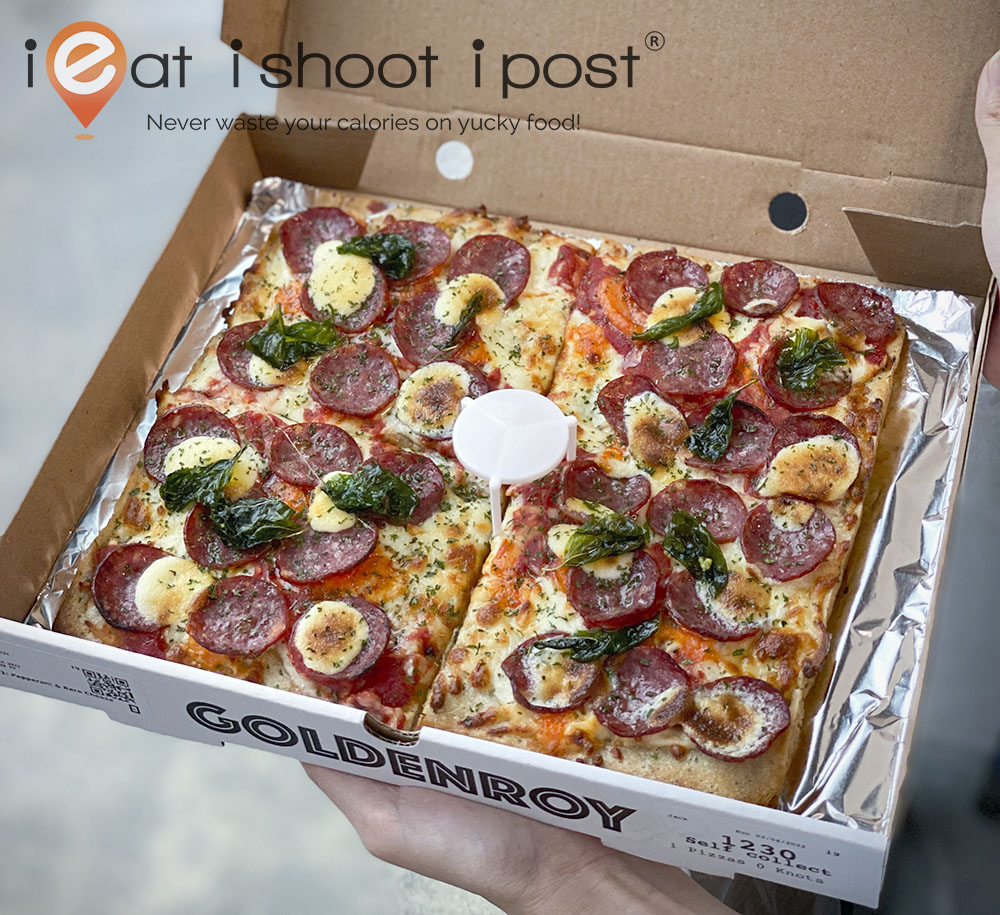 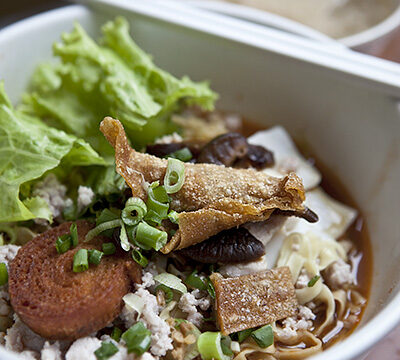 Heritage Hawkers
Puay Heng Bak Chor Mee: The one that used to be at Capitol theatre
Next 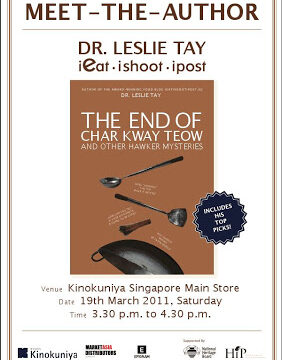