Please read the updates at the end of the blog 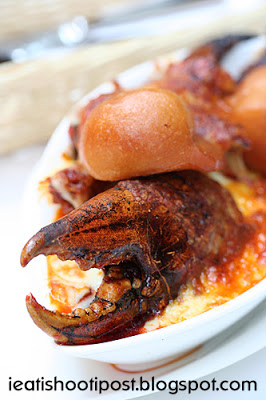 This is probably one of the most heartwarming blogs I have written. Not only is it about food for the tummy, but its food for the soul as well.

Are you familiar with Jamie Oliver’s “Fifteen” restaurant? Jamie’s World Class Restaurant has a reservation list which is 3 months long and he employs disadvantaged youths to train them as chefs. It turns out that we have our own “Jamie Oliver” in Singapore who takes in ex-convicts during their last few months of their jail sentence to train them in necessary skills so that they can have a new start in life. And the amazing thing is that he has been doing it before he even knew of Jamie Oliver.

As fate would have it, Benny eventually found himself working at Fifteen restaurant for a few months, the one and only Singaporean to do so. It was there that he honed his Western Culinary skills. At that time he had been working at Goshen Restaurant which was operated by the Halfway House. Goshen was a Chinese Restaurant which was a training ground for ex-convicts as well.

Benny came home from UK only to find that they had closed Goshen down. So he ventured to open Eighteen Chefs which was a restaurant that served “Singapore’s Best Baked Rice”. Eighteen Chefs combines Benny’s skills as a Cze Char Chef with his new found skills in Ang Moh cuisine which is exactly what Baked Rice is all about. 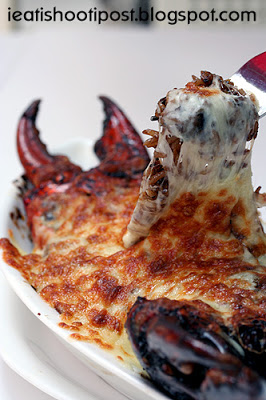 Now don’t be mistaken about Benny’s fierce looks. Like the old Standard Chartered Bank slogan, he really is Big, Strong and Friendly. We had a great chat about his new restaurant and his passion for music and food. Then we came up with a dish which I think would take Singapore by storm.

Up till now, baked rice had been something that is found in a Hong Kong/Macau style restaurant. It was an attempt by the Hong Kongers to emulate what their English “Masters” were eating. Not any more, we are going to make our very own Singapore style baked rice. And what is more recognizably Singaporean than Chilli and Pepper Crabs?

What I really enjoy about the Baked Chilli Crabs is the way the chewy Mozarella Cheese combines with the Chilli Crab sauce. Ooooh, you think it a bit wierd? What till you taste it. The Mantou Croutons on top really combines well with the cheese and Chilli sauce which is one of the best Chilli Crab gravy I have come across. 4.5/5

For the Baked Black Pepper Crab fried rice, Benny fries the rice first before adding his Black Pepper Sauce. Also quite shiok although I felt it could do with more of a peppery blast. 4.25/5
Both this dishes are only available if you give Benny a ring on Friday so that he can arrange for the Crabs by Sunday night. 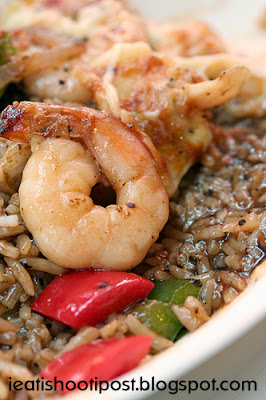 If Crabs are not your thing you can create your own baked rice from a selection of sauces and ingredients. The Black Pepper Seafood Baked Rice was also quite shiok. I like the prawns here which are the “crystal” type where the meat is really bouncy. 4/5 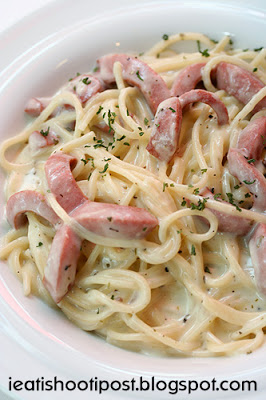 Aside from baked rice, the restaurant also serve a variety of pastas with your own selection of sauces. The cream sauce here has got enough kick to it and you can satisfy your cream sauce crave here for just $5.90.

Now we come to the “Chicken Soup for the Soul” part. I promise this will lift your spirits.

Not many of us can say that we have many wasted years. But Benny, who is now 47 told us that he had wasted many years of his prime behind bars. Between 1983 to 1993, he was in and out of prison a total of four times for Heroin addiction. It all started innocently when he was 14. At that time, he was living in the Redhill area which was one of the hotspots for drug trafficking in Singapore. His own father was an opium addict and he grew up the youngest of 5 boys. Soon he found himself experimenting with marijuana. He recalled how they would use the stem of the papaya leave to burn the marijuana and suck the smoke as it bubbled out of the water. It was a practice fashioned after the Deep Purple song, “Smoke on the Water”. Soon he progressed to Heroin and started “chasing the dragon”. Before long, he was hooked on Heroin and would traffick the drug in order to satisfy his own craving. 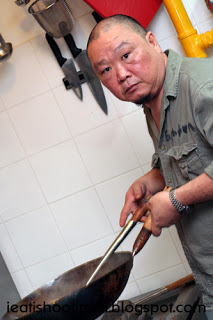 He was put in prison for the first time in 1983. Heroin withdrawal takes 7-10 days to kick and it is agony for the addicts who have to go cold turkey. After 2 years in prison he was released. However, even though he was free from prison, he wasn’t free from Heroin. The thought of “chasing the dragon” kept hounding him until he succumbed to its lure. So for the next eight years, it was in and out of prison. Heroin was a master that is not easy to be free from.

During his fourth prison term, Benny found himself very very ill. He collapsed in his prison cell and had to be admitted into hospital. It was there on the hospital bed, facing a near death experience, with all tubes sticking out from his arms and other bodily orifices that he came to the realization of how he had wasted most of his life. He felt he could not trust himself with his own life anymore. He decided to outsource the management of his life to someone else.

During his prison stay, Benny had heard someone told him that Jesus is the Saviour. He knew the story about how Jesus suffered in his place on the cross and that He said that whosoever would believe in Him could be “Born again” and have a fresh start in life. He recalled how the message all became a reality to him as he laid there pondering about his wasted life. Finally, he cried out to God to save him and to give him that new life.

Things began to change for Benny during the next few years in prison. He started to attend Bible studies, pray and read the Bible. He became firm friends with Don Wong who was also a drug addict. Don left prison and is now serving as a full time pastor. When Benny left prison, he went straight into a halfway house run by the Church. He still could not trust himself not to go back to Heroin. During the next few years, he worked during the day and return to the halfway house every night.

However, the thought of Heroin slowly began to creep back into his life. It began to seduce him back into his old way of life. It was to be the final battle for his soul.

Benny recalls that fateful night when he was so battered by the thought of Heroin that he cried out to God. He told God that he had faithfully been walking with Him, praying and reading the Bible. Why is it that he still cannot be free from these thoughts? Why does he still have to struggle with it? Can’t God just remove the craving from him once and for all?

Suddenly, he heard one Word from God that forever changed his life. Just one Word. “GRACE” Suddenly it all came together for Benny. He realized that God had broken the curse of Heroin over his life and that he was finally truly free from Heroin.

Jesus said……everyone who sins is a slave to sin…..So if the Son sets you free, you will be free indeed. John 8:34. 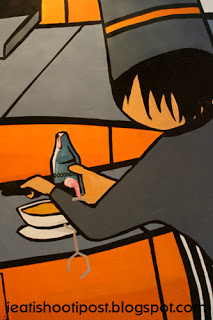 Benny was no longer a slave to Heroin. He was free. And from that day on, the craving for Heroin stopped…completely.

Benny has never forgotten about the Grace that he has been shown which explains why he takes in convicts and delinquents to train them with the necessary skills for a new life. He hopes his story would be a source of hope for those who are struggling to find a foothold in life.

When you get to the restaurant, have a look at the mural on the wall which was painted by the ex-offenders. You will see a chef with a handcuff hanging off his wrist. This is the only indication of the work of Grace that is happening behind the scenes.

Don’t come to the restaurant because of Benny’s story. Don’t even come because he has worked in Jamie Oliver’s restaurant. Come because the food here is really quite good and Chef Benny has got a few surprises up his sleeves. Make sure if you want to try his baked Crab that you ring up before hand as it is a special order item.

Amazing Grace, how sweet the sound,
That saved a wretch like me!
I once was lost, but now am found,
was blind, but now I see 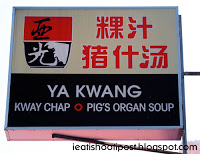 There have been some hiccups with the Baked Chilli Crab. As a result some of our readers have called up only to be disappointed that they were not available. Benny is planning to have it from August onwards. It will be a special order for Wed nights. Give 2 days advance notice.

Crabs are special order items. You have to ring up 2 days in advance and it is only available on Wed nights starting in August 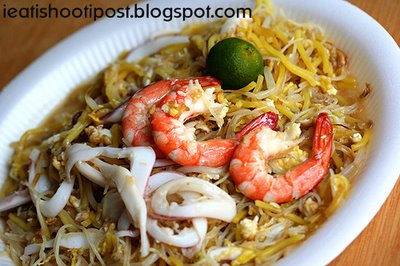 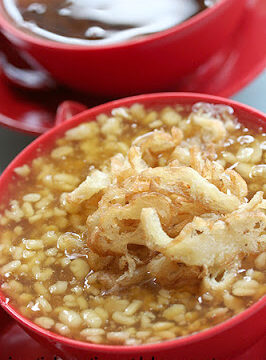 THE REALLY MUST TRY LIST
House of Dessert: Delectalicious Desserts