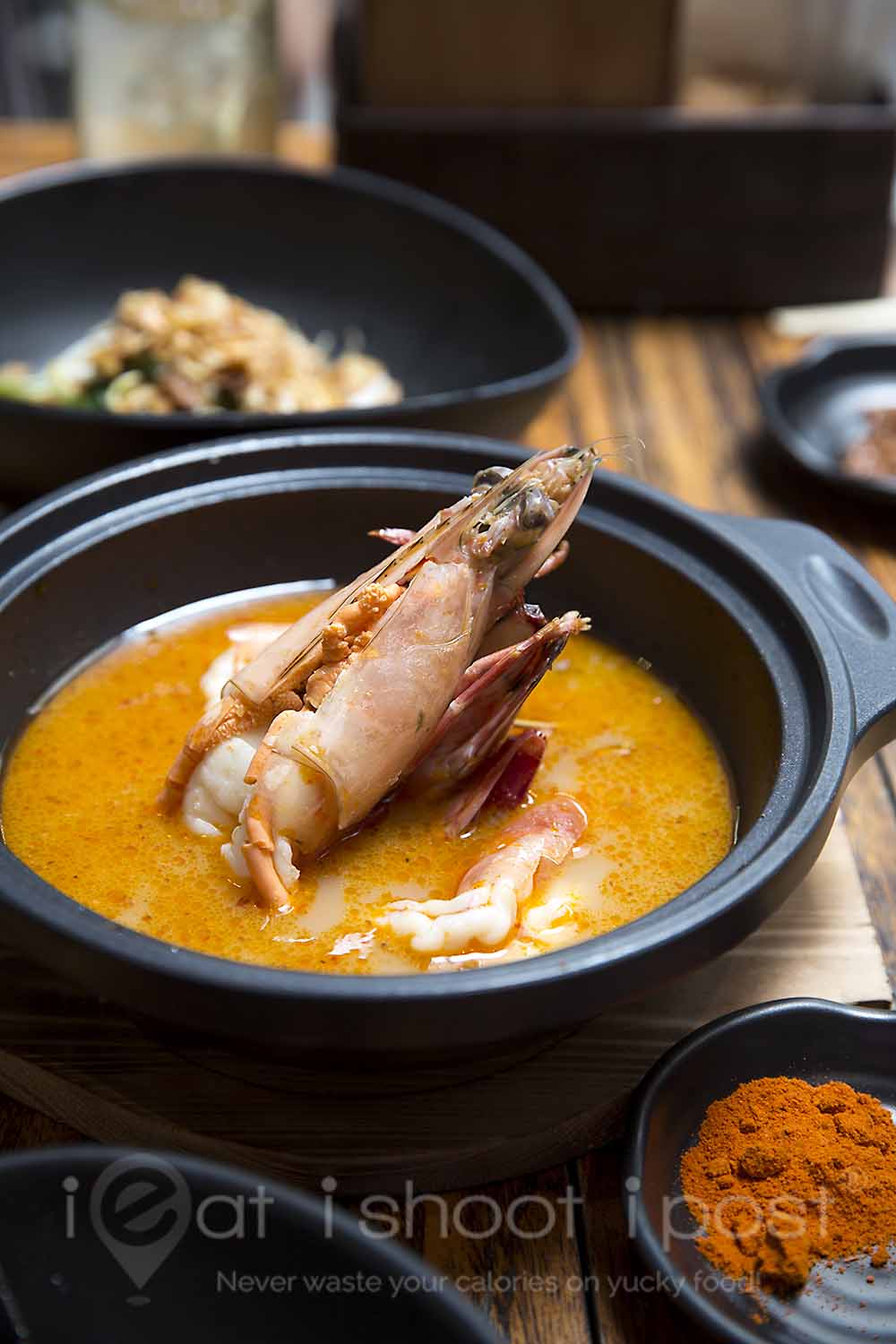 Singapore’s hawker food scene has really coming of age.  Of late, we are seeing more and more heritage brands expanding beyond the boundaries of their hawker stalls.  This is certainly an encouraging development as it shows that we are beginning to treat our hawker food as a precious cultural icon worth preserving.

Unfortunately, not all of them have been a success, especially some of the earlier brands.  I think that the problem is that they were too eager to expand and so, instead of reviving the brand and extending it to a wider audience, it got exploited and turned into a cultural zombie.  You may still recognise the brand, but the food is insipid, soulless and barely worth the calories.

I am hoping, seriously hoping, that Wah Kee will not spiral down the drainage pipe the same way.  I have been a fan of Wah Kee since the earliest days of the blog.  In those days, I was quite crazy and would identify all of Singapore’s most famous prawn mee stalls and go blog about them.  I was on a quest for the best and after the first round of tasting in 2007, I already felt that Wah Kee was the winner.  Then In 2009, after another two years of tasting, it became apparent to me that they really were the “best of the best”. 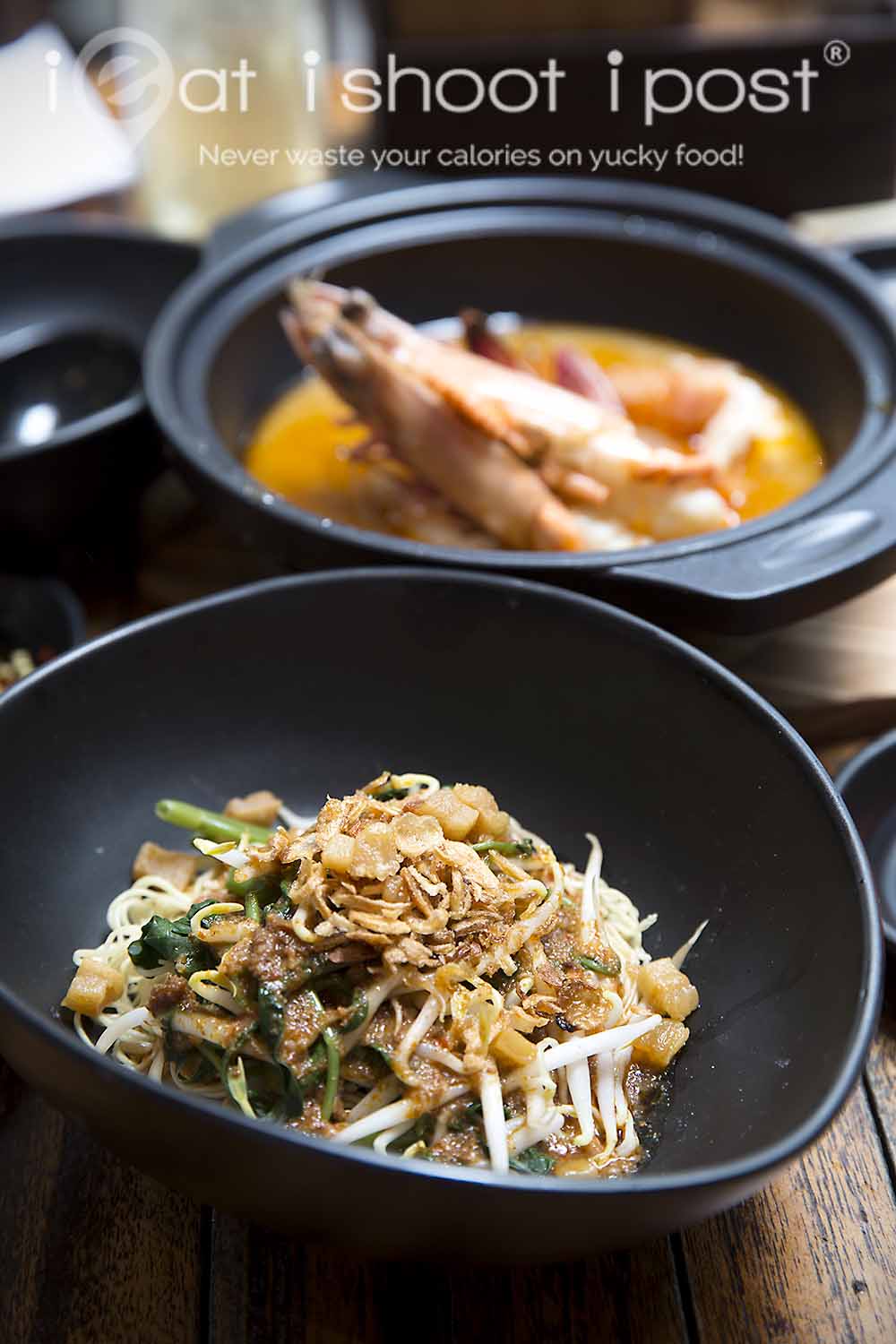 Wah Kee’s style of prawn mee is unique.  It really isn’t your typical bowl of prawn mee.  For a start, the bright orangey hue is a stark contrast from the brown coloured broth that is typical of the Singapore style prawn mee.  That fiery orange hue doesn’t come easy… or cheap.  It’s actually a natural colour that comes from the roe of wild caught green tiger prawns, as Mr Lau explains.

The ability to produce the unique broth is thus dependent on a natural resource that is not as readily available today as it was in the past.  This was the one big challenge that had to be overcome before Mr Lau would consent for his son to expand the business.

Fortunately, the 3rd generation hawker, Kevin Lau managed to find a partner who had experience with the importation of seafood and after a lot of hard work,  they managed to secure a reliable supply of wild caught sea prawns from Sabah for the new restaurant. 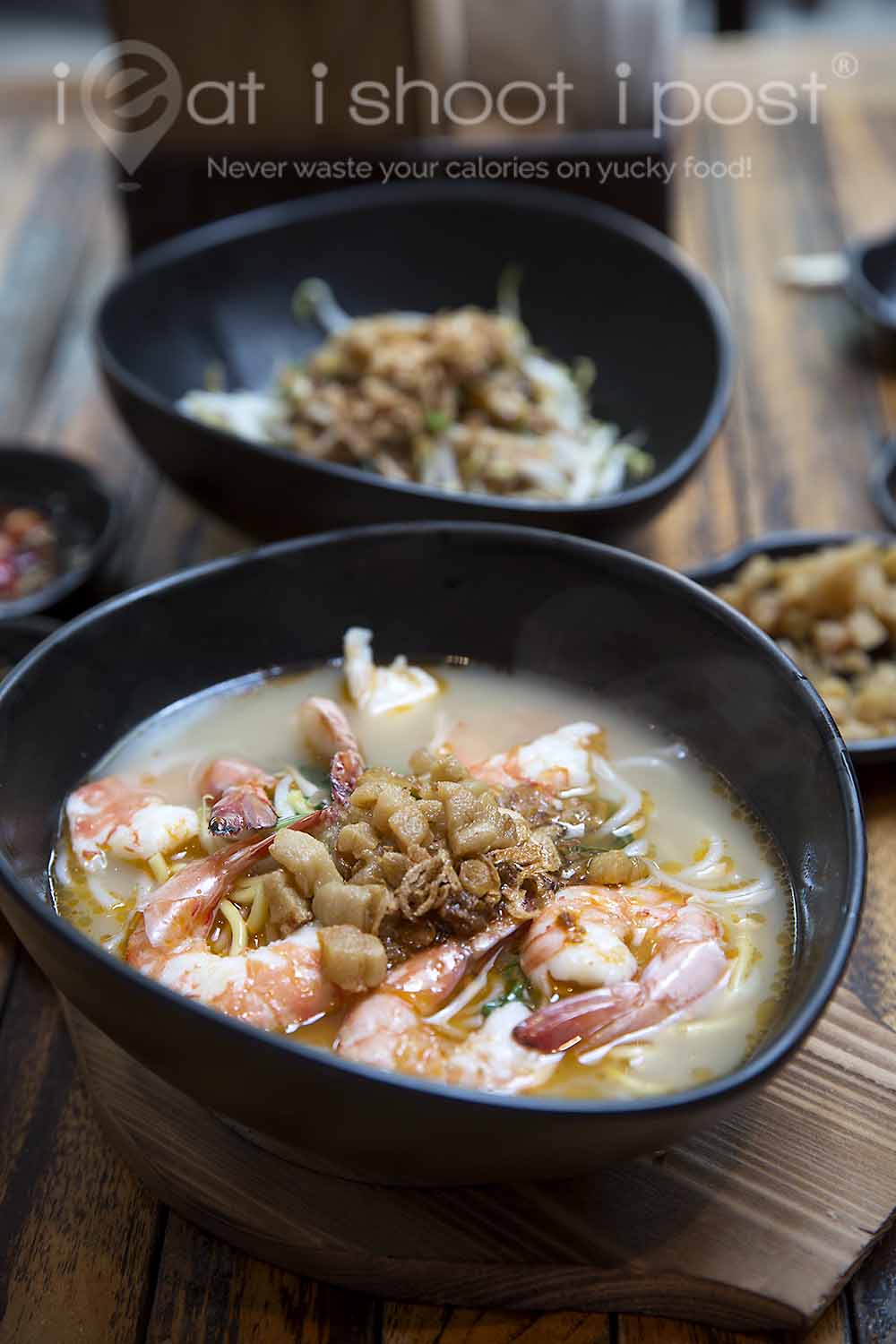 I was very pleased with the quality of the broth which was almost the same as the original stall in Pek Kio.  What it lacked that day was freshly fried shallots as the slicer had broken down and they had to procure factory made ones at the last minute.  But apart from that, the broth was excellent.

A large part of this may be attributed to Mr Lau’s exacting standards and his insistence of the way things are done.  The broth is still made with prawn heads and six other seafood ingredients which Mr Lau is tight lipped about. Unlike most other prawn mee hawkers, there is no pork bone used to make the stock and this is something that really sets Wah Kee apart from the rest.

The large prawn noodles cost $20 and $30 at the restaurant and are essentially the same price as Pek Kio.  The broth in the $6 portions doesn’t have the same robust crustacean flavour as the $20 one but this is also the case at Pek Kio.  The bottomline is this:  Don’t waste your time with the $6 portion.  If you really want to see what the fuss is all about, you really need to go for the big prawn noodles!

However, I did feel that the new restaurant does suffer from an identity crisis. Aside from the prawn mee, the restaurant also offers other seafood dishes.  The problem is that fresh oysters presented with sauces in syringes and oyster croquettes just don’t quite fit Wah Kee’s image as a traditional hawker.  The inclusion of these dishes is understandable as their partner also runs Tomo Izakaya.  I would have preferred to see Fuzhou Oyster cakes and other more traditional dishes like Ngor Hiang. 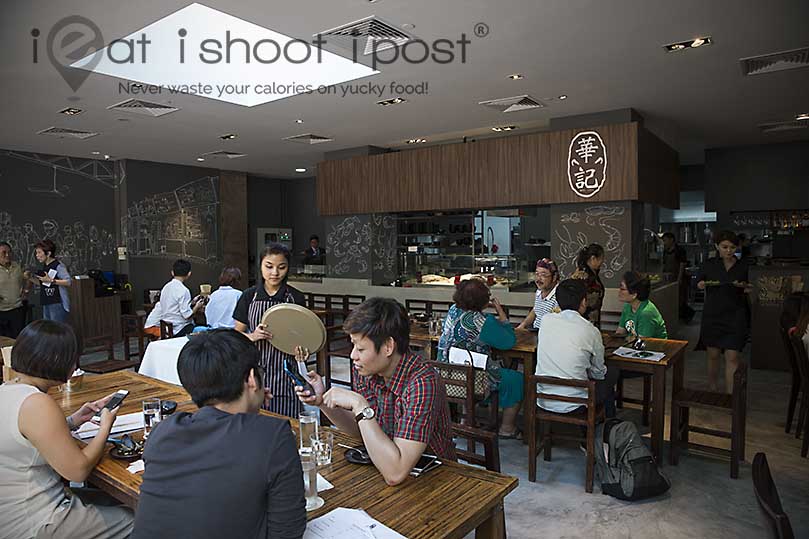 Exciting to see another heritage hawker expanding beyond the traditional hawker space, but apprehensive that they might go the same way as other heritage brands.  The prawn broth has been very well executed but the menu’s hotchpotch offering of izakaya style dishes seems oddly placed.

I loved the Cambridge Food Centre location, but it was almost always closed when I went…glad they opened this location so more people can enjoy their amazing soup.

Glad you are glad! 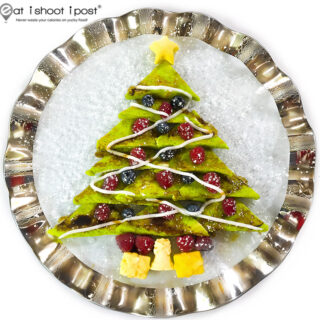 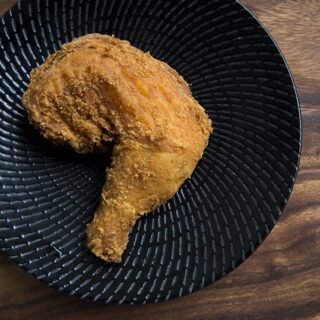