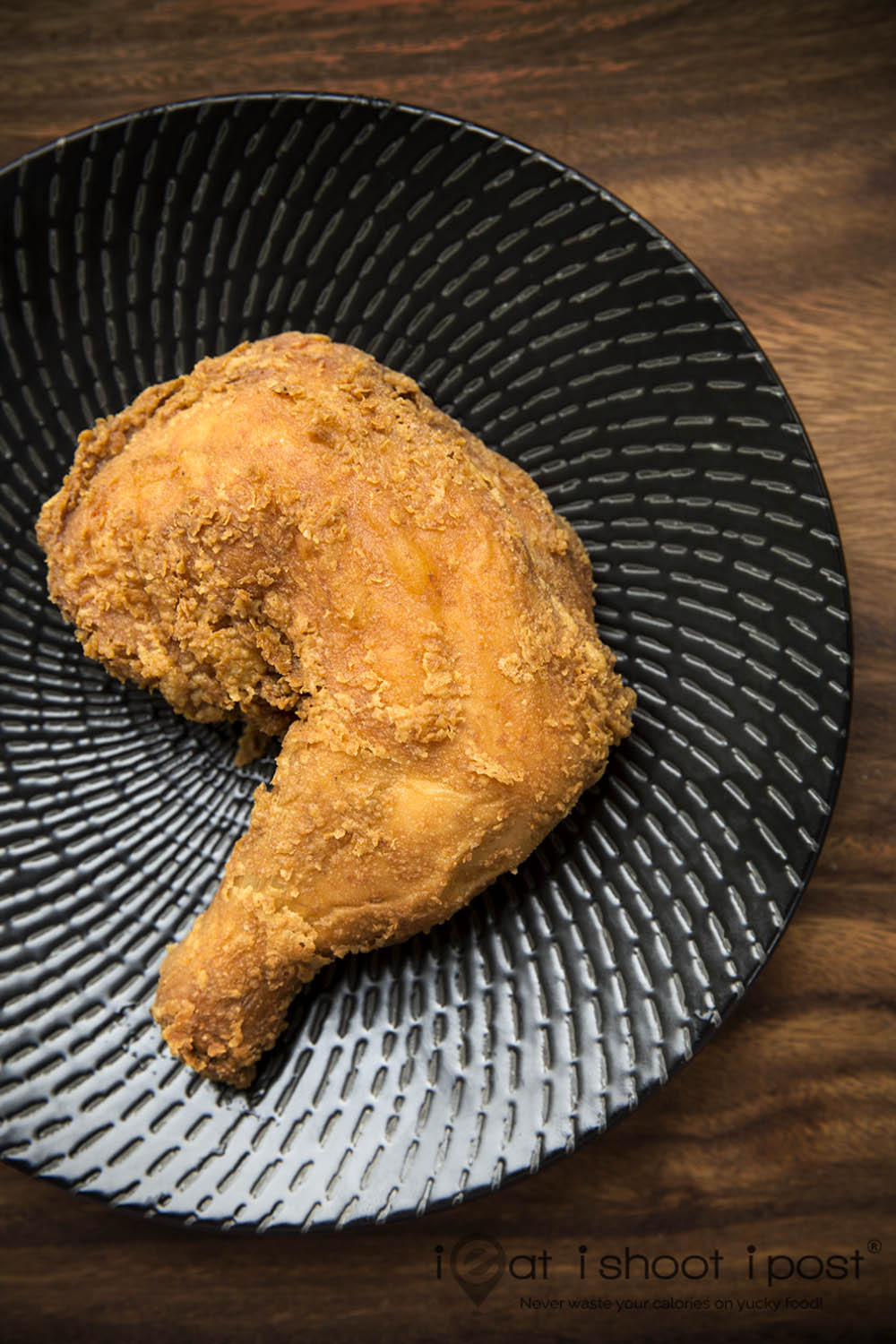 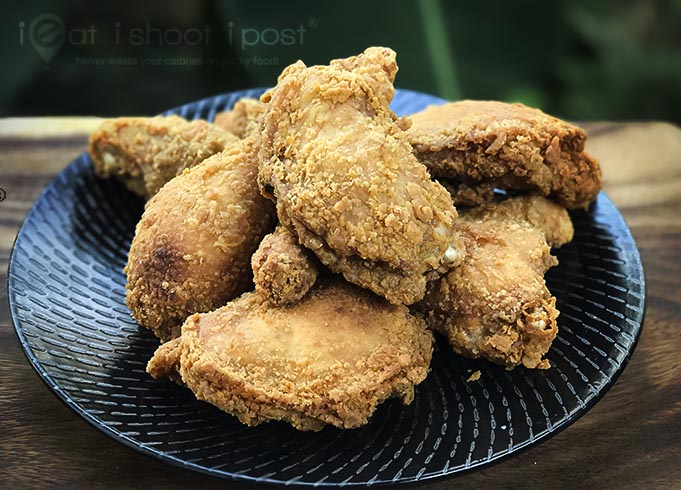 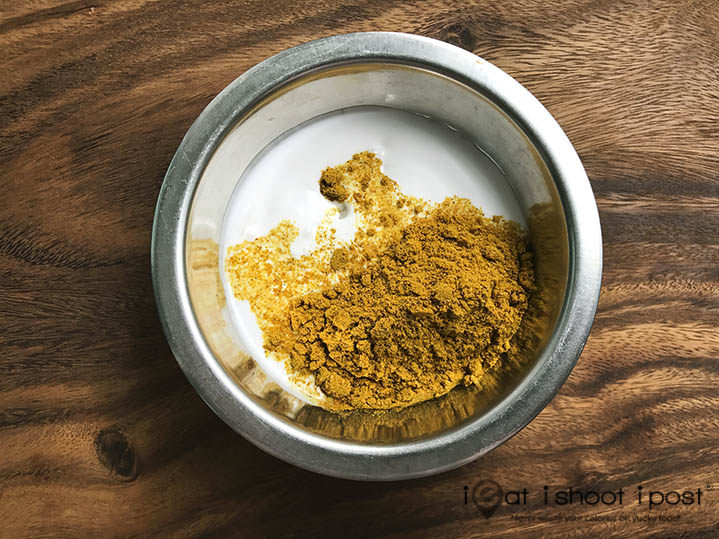 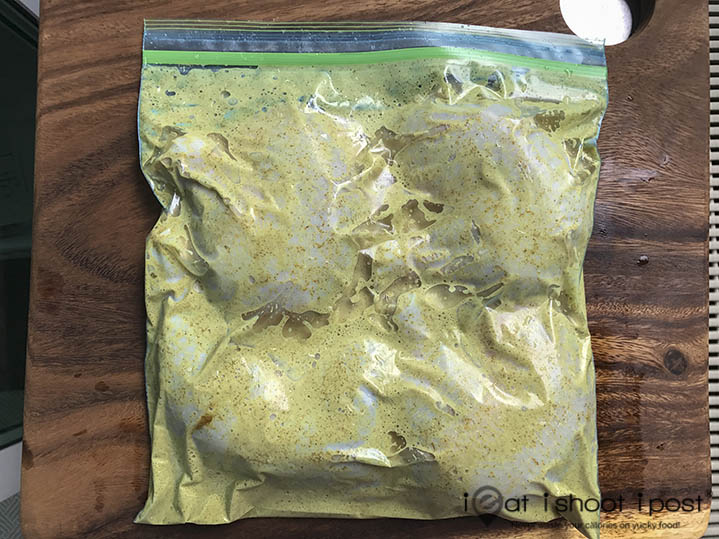 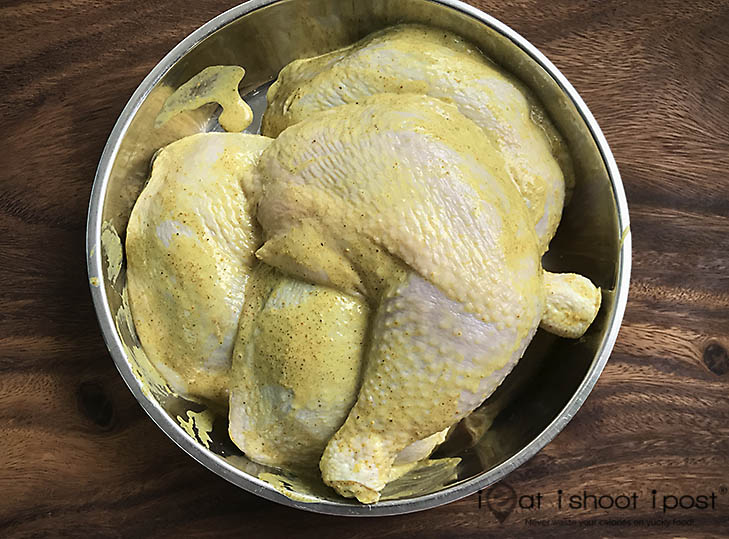 This next step is something which I picked up from “Cook’s Illustrated” extra-crunchy fried chicken recipe.  Their recipe uses buttermilk which is mixed into the flour first before it is breaded. As I was doing my research, I poured over at least 20 cookbooks at home and this is the only one that uses this technique.  Instead of buttermilk, the spiced coconut milk is added to plain flour which has been mixed with bicarbonate of soda (or baking powder). 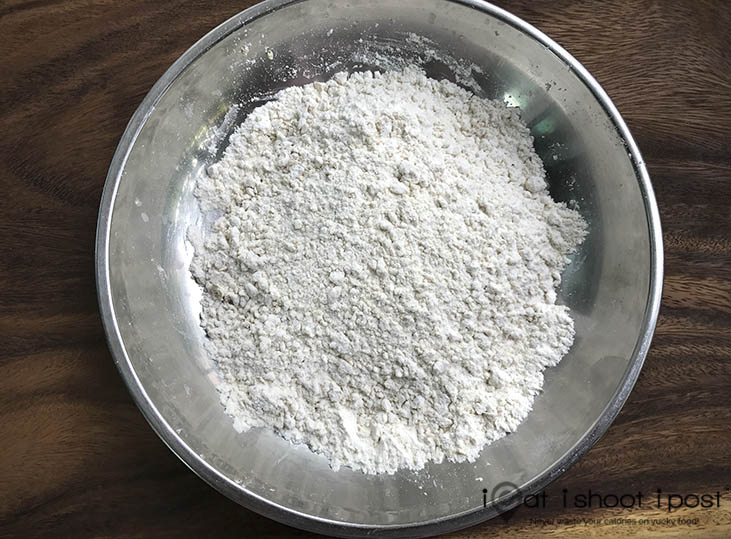 Rub the flour and coconut milk between your fingers like how you would make shortcrust pastry till it resembles a crumble. There should be small lumps of moist flour intersperse between dry flour.  These little lumps will puff up when it’s fried to give you those extra crunchy bits. 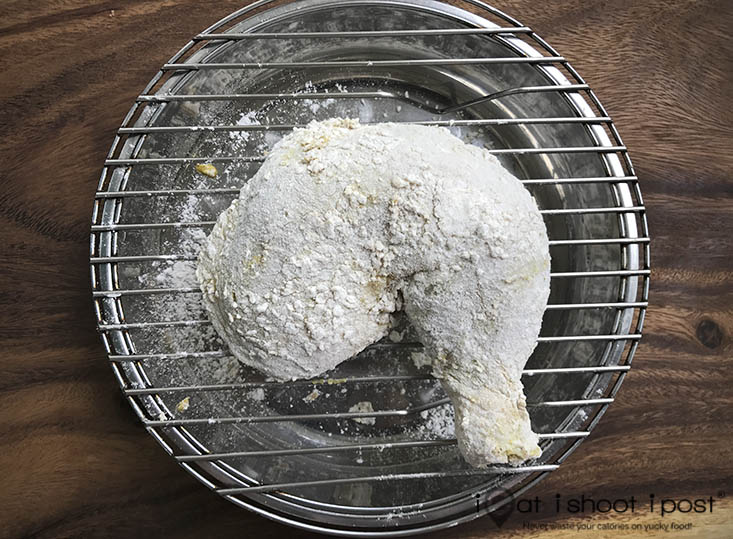 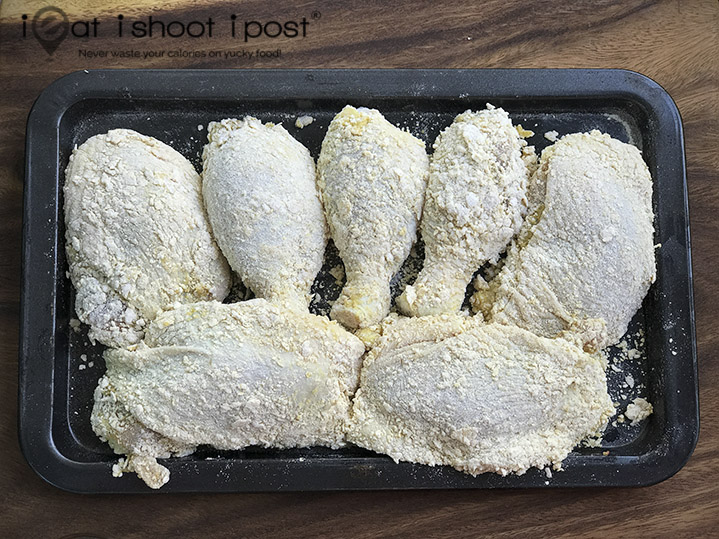 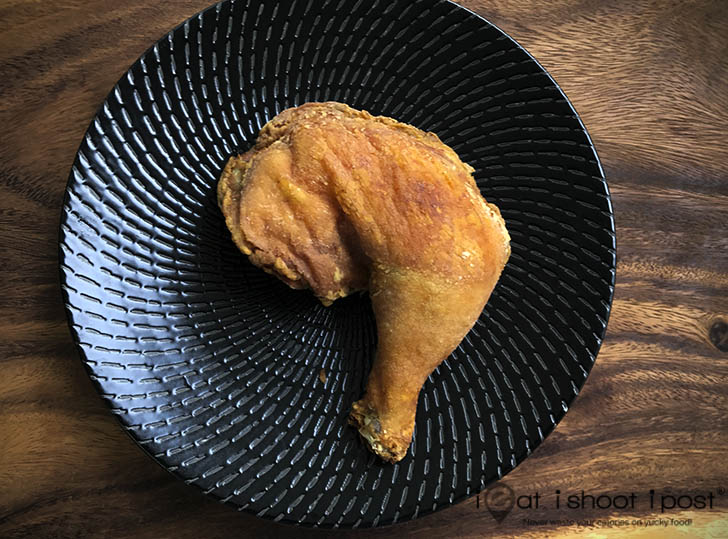 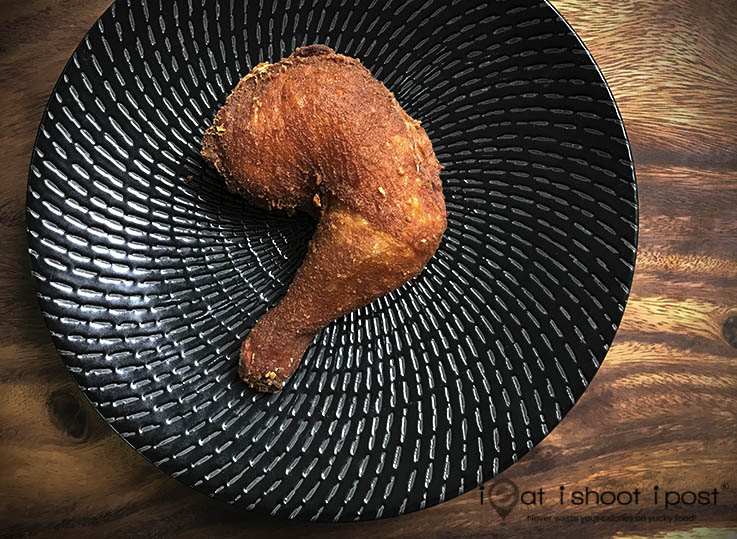 Baba’s fish curry powder with corn flour in the marinade

This is a technique that is similar to my har cheong gai recipe and was suggested by my friend Henry from Four Farmers.   Two Tbsp of flour is added to the marinade.  The chicken is removed from the marinade allowing the excess to drip off and put straight into the hot oil.  The marinade should have the consistency of cream and should cover the chicken evenly. The resulting crust is very even. It tends to get dark quickly especially if you use dark curry powder.  So you will have to cook the chicken at a lower temperature initially (160°C)
then increase the temperature towards the end. (180°C) 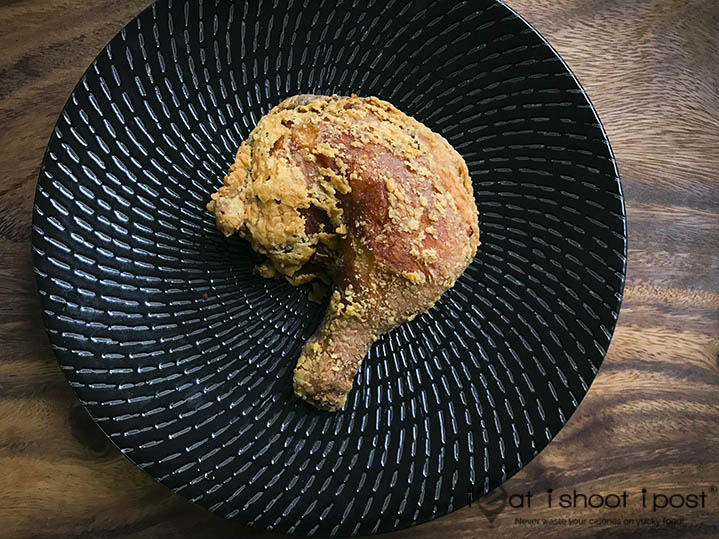 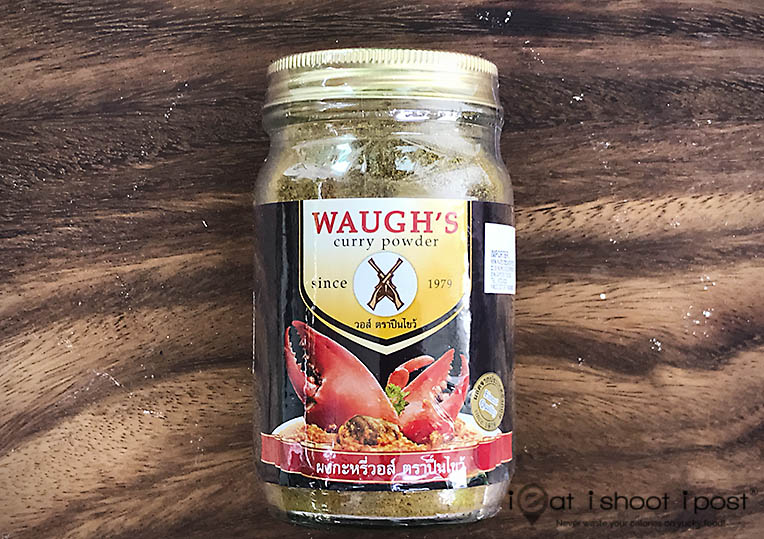 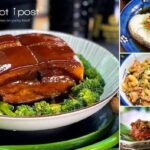 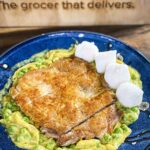 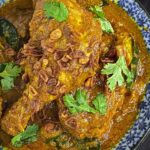 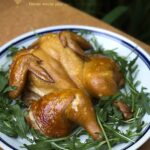 Just want to clarify is it 8tbsp or 1/4cup of the marinade added to the flour mixture? Cos 1/4cup is 4tbsp. I checked cooks illustrated & they use 6tbsp to 3 cups flour so does that mean I use 4tbsp to 2 cups flour?

You just use enough so that the flour is a little clumpy, no need to be so accurate. 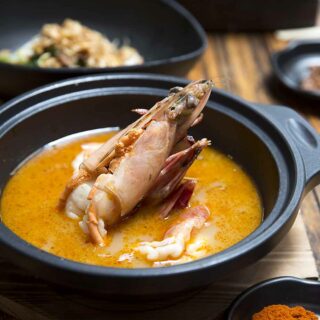 THE REALLY MUST TRY LIST
Wah Kee Prawn Mee: The Next Generation
Next 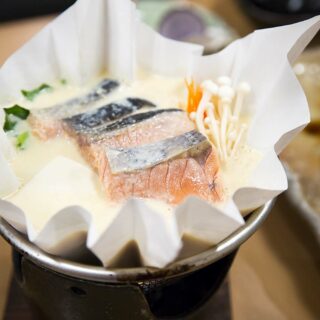