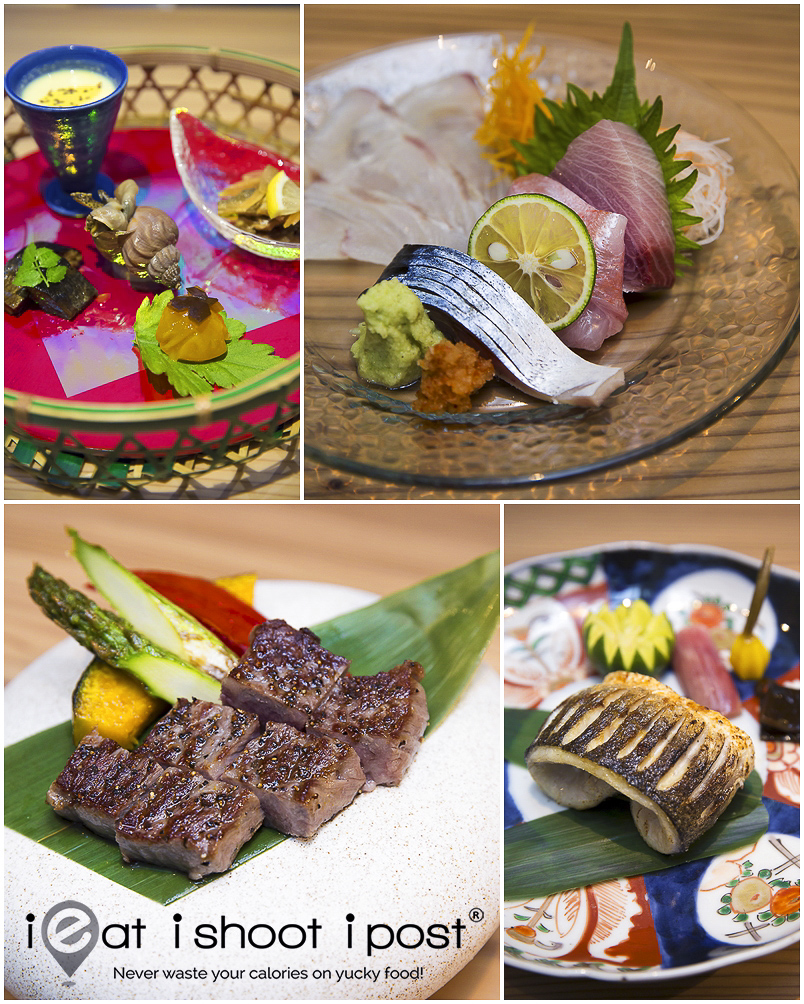 I was introduced to Ryu’s Japanese Restaurant by Chef Ashino who told me about this new restaurant at Capitol Piazza that is serving Anko Nabe, a speciality winter dish of the Ibaraki prefecture. Known in the West as “monkfish”, “frog fish” and “sea devil”,  it is not difficult to see how this menacing looking sea creature has managed to earn its unflattering name.  In the West, monkfish is prized for its firm white meat whose texture is liken to that of lobster tail.  In Japan, it is the ankimo ie the liver which is the most prized.  Ankimo has been called foie gras of the east and is often served as a premium side dish in sushi restaurants.  But with the Japanese philosophy of “mottainai” (waste not), the rest of the fish is also used in a fish stew with a cacophony of different textures.

Because the fish is so soft and slimy, the Japanese have a special procedure for sectioning the fish called tsurushi-giri  where the fish is first hung on a hook and then the seven “weapons” as it is referred to, are carefully dissected from the fish. 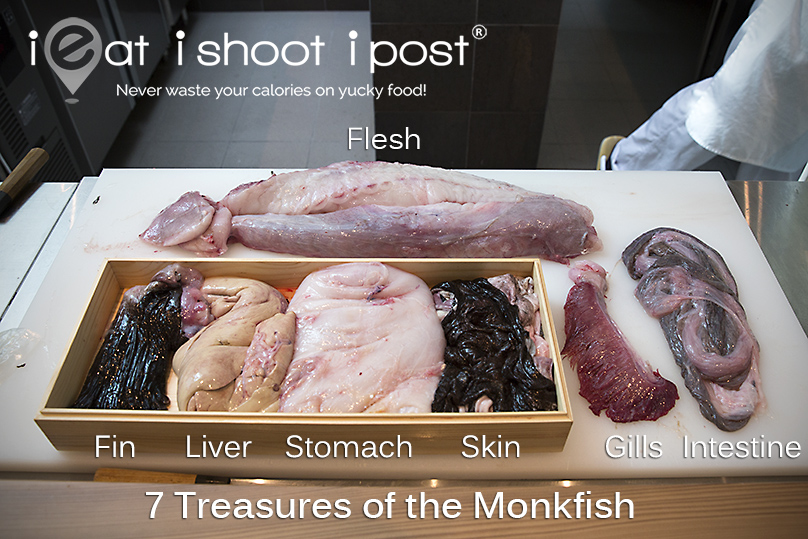 The prized part of the fish is the liver,  followed by the skin for its chewy, gelatinous texture.  The rest of the internal organs are also added into the stew. The only part of the fish that isn’t used is the jaw which is the last bit of anatomy left on the hook once the fish is entirely dispatched.

To make anko nabe, the liver is first mashed and fried, after which sake is added followed by the fish and then the vegetables.  A miso flavoured dashi made from three different types of miso is then added and ingredients are left to simmer.  The resulting stew is warm and rich with the flavour of liver and miso.  I can’t say that it is the most amazing nabe that I have eaten, but it certainly is something new to try for lovers of Japanese cuisine.  4/5

This delicacy is now available in Singapore for the first time at Ryu’s. This new restaurant, which specializes in traditional, regional Japanese cuisine, is fully owned and operated by a Japanese family who owns three other restaurants in Tokyo.  They plan to introduce a new regional dish with every change of season in order to showcase the diverse culinary landscape of Japan. 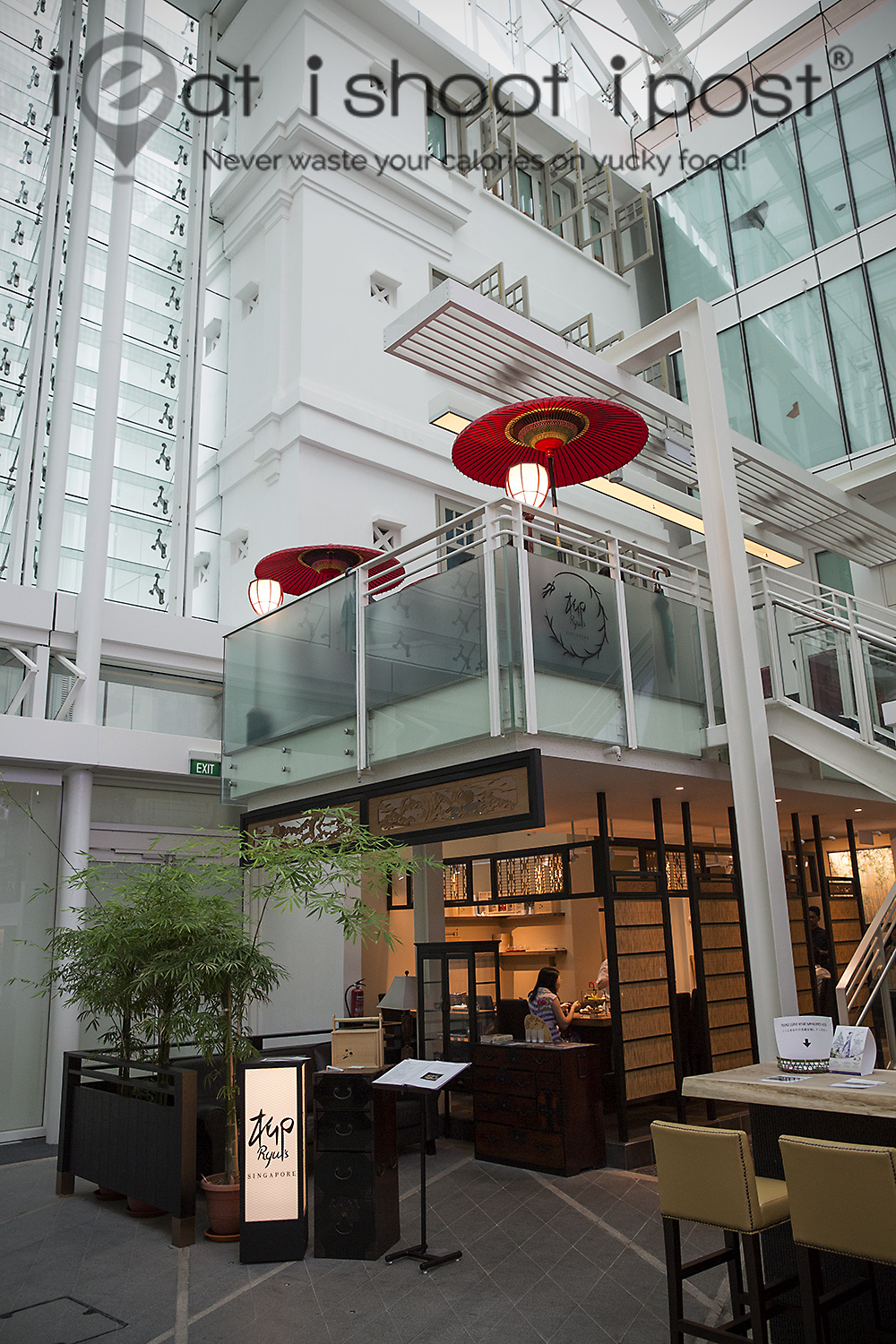 I find the dishes all very authentic and I especially like the fact that they only use wild caught fish and imported ingredients from Japan. Even their rice is cooked with imported Mt Fuji water. For such authenticity, I found the prices to be quite reasonable.  The seven course meal which includes a beautiful starter with five seasonal items, monkfish liver, sashimi with three types of seafood, grilled Miyazaki Wagyu or seasonal fish, hotpot, porridge and dessert costs $120++.   4.25/5

Acknowledgement
Thanks to Ryu’s for hosting the tasting session!

Postscript
Rockett girl and I visited Ryu’s on a separate occasion to experience their omakase meal on our own account.  The $120++ omakase set was excellent.  All the dishes were well executed and in particular, we really enjoyed the hamachi neck which was stewed with daikon and sake lees for seven hours.  The daikon was translucent all the way through and infused with a very nice miso, sake flavour!  4.5/5 She agreed with me that the food at Ryu’s is comparable or even better than some of the omakase meals we’ve had that cost more than $200.  We will be looking forward to other regional dishes that they will be showcasing  with the change of the season. 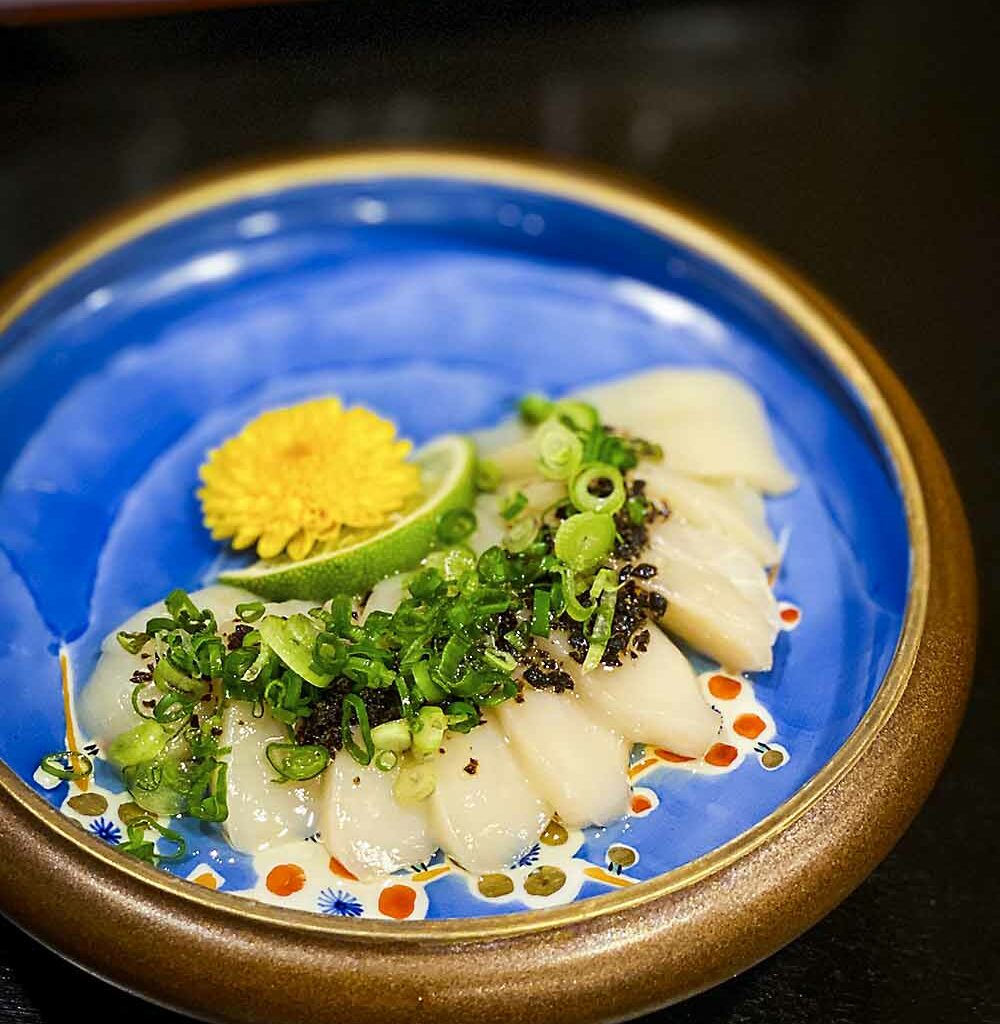 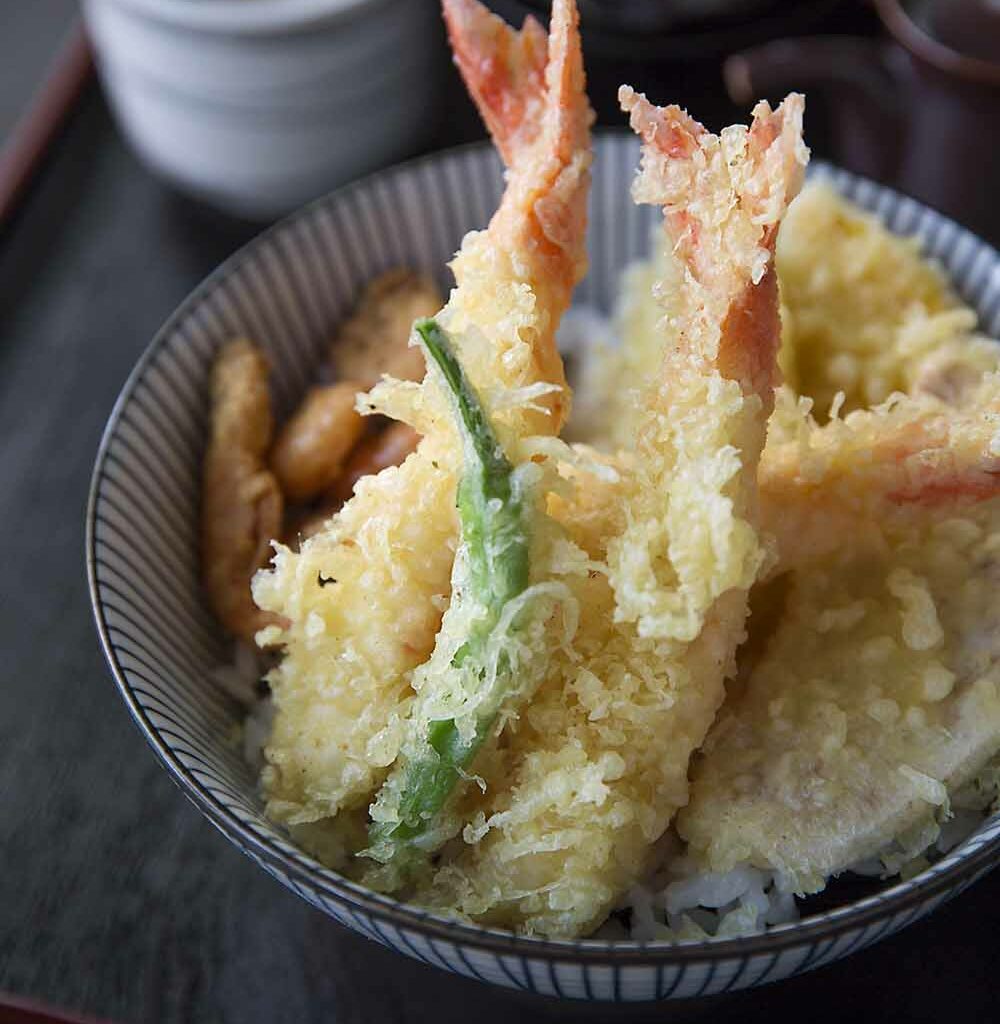 Kyuubei: Japanese Sushi and Sashimi in the East

With all of the cooked food this almost seems like a kaiseki, but I do realize there is a difference. 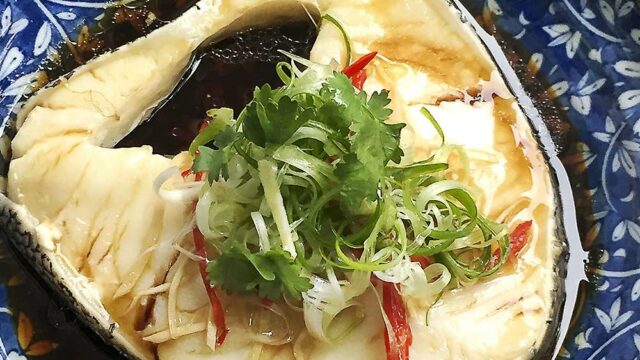 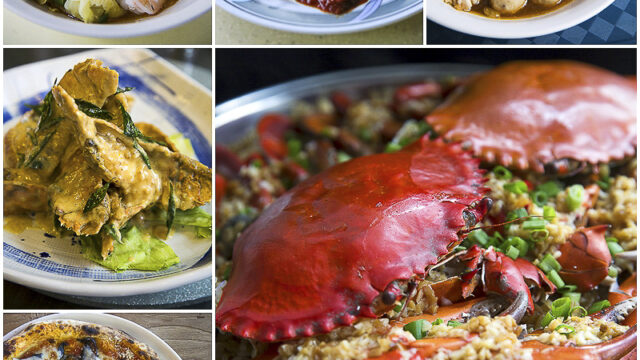 Best of the Best
Top Ten Eats of 2015: ieatshootipost