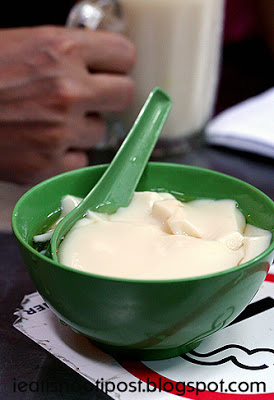 This is possibly the most famous Beancurd in Singapore and the one that Anthony Bourdain was taken to to taste the best of what Singapore has to offer. Those of you who have been following the story between Rochor and the new Beancurd City opened by the youngest brother of the family would know of the feud between the brothers. Well, it turned out that Beancurd City has moved out and the stall has been taken over by the sister. (More of the new stall in the next blog) So how was the beancurd? It was very good, BUT, it is certainly not the best a beancurd can be. I always felt that they somehow sacrifice taste for texture. So even though the beancurd is silky smooth, it tastes as if they diluted the soy bean milk in order to achieve the smooth texture. After having tasted Beancurd made by Hong Kong Chefs in Hong Kong and Australia, I must say that the true potential of Beancurd has still not been realised. 4.25/5 How does the original compare to the new competitor next door? We’ll continue the discussion in the next blog.

I came across the location near Little India, I think on or near Selegie. It was really nice. I tried the cold version and was treated to a very flavorful bowl of bean curd. // Today, I tried the one in Tiong Bahru Market and Food Centre. The queue was quite long and the soya milk and bean curd was also excellent. Also very cheap. // I miss the Geylang Soya Bean Curd. They were at the Old Airport Road Food Centre and a few other spots. That place was excellent. 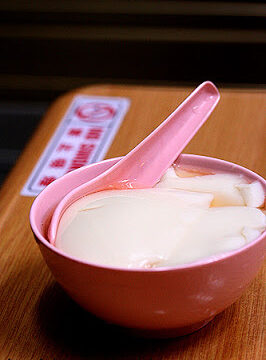 Bean Curd
The Stall next to Rochor Beancurd: So which is better?
Next