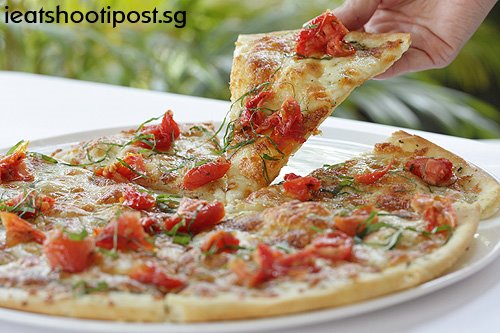 Now, I am sure everyone here knows about the Hungrygowhere website right? Well, I had the opportunity to work with the boys from Hungrygowhere recently on the Heritage Hawkers project. During one of our lunch sessions I casually asked Hoongy
His answer was really quite unexpected. Rather than spewing out the names of some of the really well known restaurants in Singapore, the first restaurant he mentioned was this small little family run Italian Restaurant in Serangoon Gardens.

So since the kids were hankering for pizza, I decided to pay them a visit. Now if you are a parent like me, you really need a handy list of places which you can go for a casual pizza or else you will be doomed to eating at Pizza Hut. I am glad to tell you that here is a place where you can enjoy your gourmet pizza while the kids have their Hawaiian.

Ristorante de Parma pride themselves on using the best ingredients and making everything from scratch. They tell me that their pizza base is made from Italian flour and they make their own pizza sauce from canned Italian tomatoes. The base is nicely crisp at the edges and thin and chewy in the middle, just the way I like it. Best of all the toppings go right to the edge so that when you pay for a 12 inch pizza, you are getting almost 12 inches of topping, not 10. I just wished the Mozarella were thicker and more chewy as I enjoy a Mozza which can give you a masticatory workout at the same time.

We started with the Bianca, which is a light pizza that does not have the tomato based sauce. Instead it is made of three cheeses and topped with semi dried tomatoes which they make themselves. It’s a pizza which Ping, the owner, said is popular with a lot of ladies. I should think so, since the guys (such as myself) usually tend to be more carnivarous in nature. 4.25/5 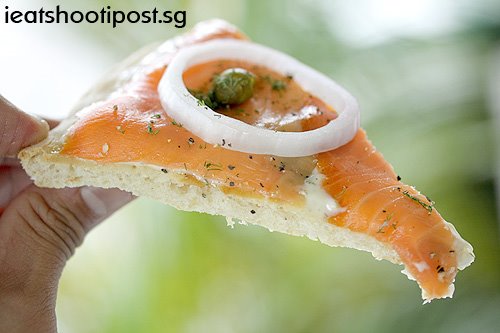 Their house specialty is the smoked salmon pizza which is quite unusual. Instead of having the usual thin pizza base, they used a thicker base which has an unique texture which is somewhere between a cracker and a bread. The combination of the base with the tarragon mayonaise, smoked salmon, onions and capers worked really well. Quite unique and definitely not traditional Italian pizza but something worth trying. 4.25/5 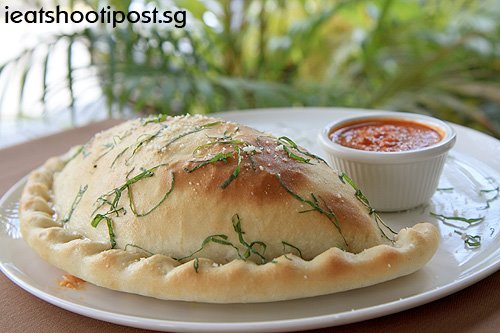 It’s amazing how much influence Seinfeld has on this blog. Aside from the concept of the Food Nazi which was derived from the episode “The Soup Nazi”, I first learnt about Calzones from the episode “The Calzone” where George again got himself in trouble when he was caught retrieving his tip from the tipping jar. For those who may be unfamiliar with the Calzone, it is basically a pizza which is folded over and then baked. I guess you could think about it as a huge baked curry puff. There was a period of time in the past where I was quite crazy over the Calzone. You’ve gone through food phases right? The great thing about the Calzone is the fact that the ingredients are cooked inside the crust, so it is still very nice and moist and the natural juices are trapped within the Calzone. 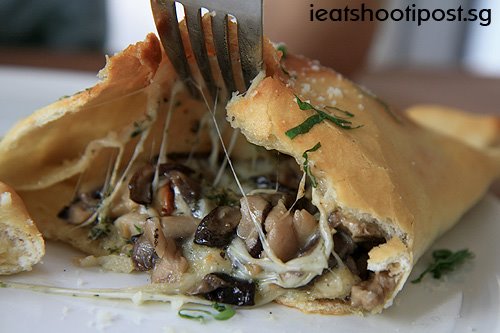 One of the great things about eating here is that, being a family run place, they are quite happy to cater to your requirements. So as I thought about the filling for my Calzone, I wondered if I could replicate the amazing aroma of Porcini Mushrooms and Foie Gras with truffle foam which I came across when I did my stint as a Commis Cook at Aurum. I thought it would be pretty amazing if I could get that aroma coming out of the Calzone when you cut into it.

Well, the first try wasn’t quite up to expectation. We lacked an important ingredient that day which was the truffle (or at least the truffle oil). The foie gras with sauteed assorted mushrooms and cheese Calzone was still pretty good. Have to try this again and hopefully they might have some truffle oil next time! 4/5 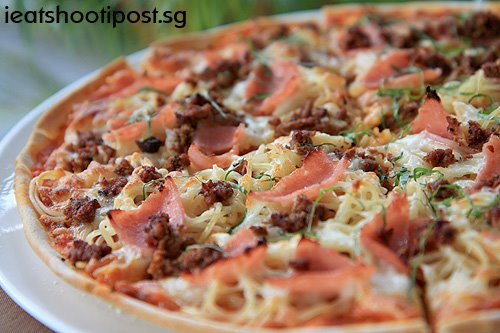 Talking about designing your own pizza, here is one that was introduced by an Aussie patron who ordered it so frequently that Ping decided to add it to their latest menu. This particular pizza had spaghetti and bolognaise sauce on it topped with cheese and ham. OK, Philip might like it, but I think this will be as popular as widgety grubs in Singapore. 3/5 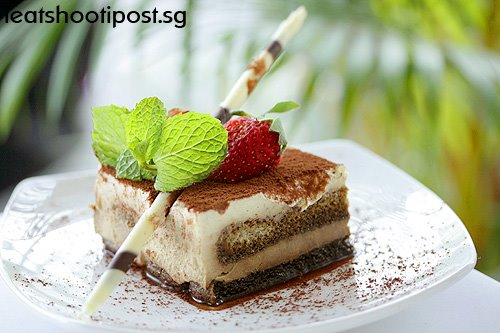 For dessert, I highly recommend the Tiramisu which is one of the best ones I have eaten. The cake is overflowing with coffee liquer and they don’t stinge on the mascapone cheese.The portion is rather big too. At first, I thought it would be enough for two people, but when you start eating it, I think one portion might not be enough. 4.5/5

Ristorante De Parma is the kind of place I like. It is a family run restaurant passionate about providing good food and small enough to give that personal touch. The basic pizza base and sauce is very good, so it is up to you to choose the toppings that you like. I’ve got to go back and get that Calzone right. Next time I might get them to do George Costanza’s Eggplant Calzone for me.

They are currently having a pizza promotion every Tuesday night where 10 inch pizzas are going for $12.90, which is excellent value.

Check out other reviews at Hungrygowhere here. They have just revamped their menu so there have been some adjustment to their prices.

Update: They are now known as Villa De Parma 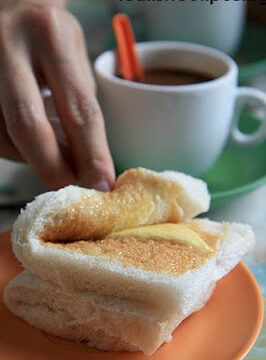 THE REALLY MUST TRY LIST
Seng Hong Coffeeshop: A Blast from the Past
Next 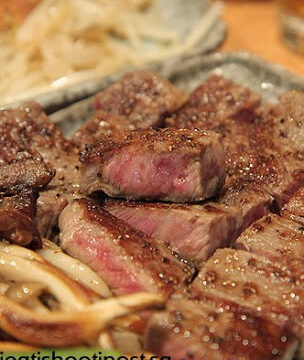