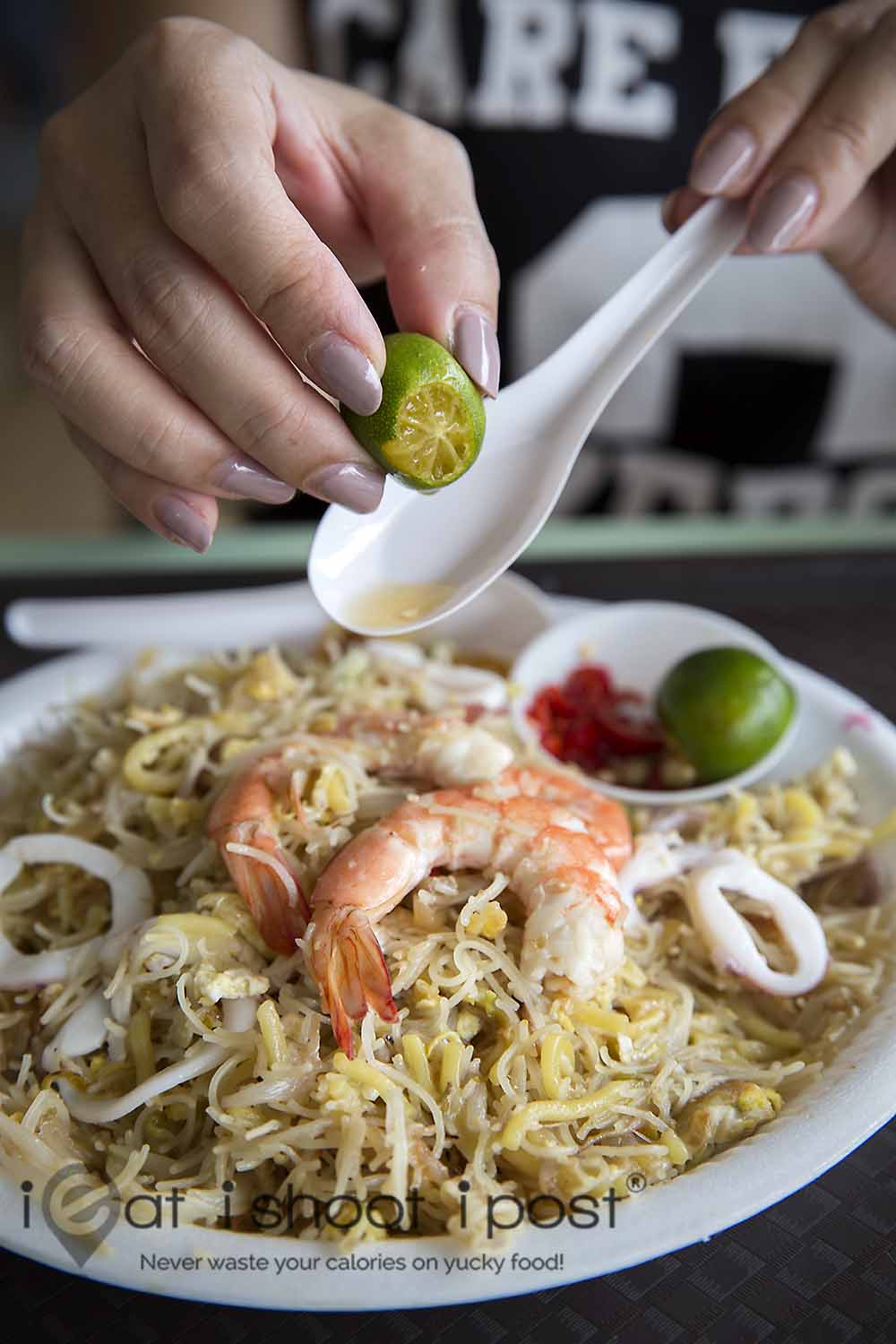 In this year’s National Day Rally speech, our Prime Minister announced that our hawker culture being nominated for inscription into Unesco’s Representative List of the Intangible Cultural Heritage of Humanity.  This, he says, will “help to safeguard and promote this unique culture for future generations”.

Well, I am all for our hawker culture to be listed as an intangible cultural heritage.  I am just wondering what it would mean for our hawkers practically.  Does it mean that hawkers such as Mr Ng Hock Wah who has been frying hokkien mee for 50 years would get some sort of incentive from the government to keep his stall going after he retires?  So far, such hawkers have had little help from the government except for the subsidized hawker stall which they were given in the 60’s and 70’s as a compensation to get them off the streets. 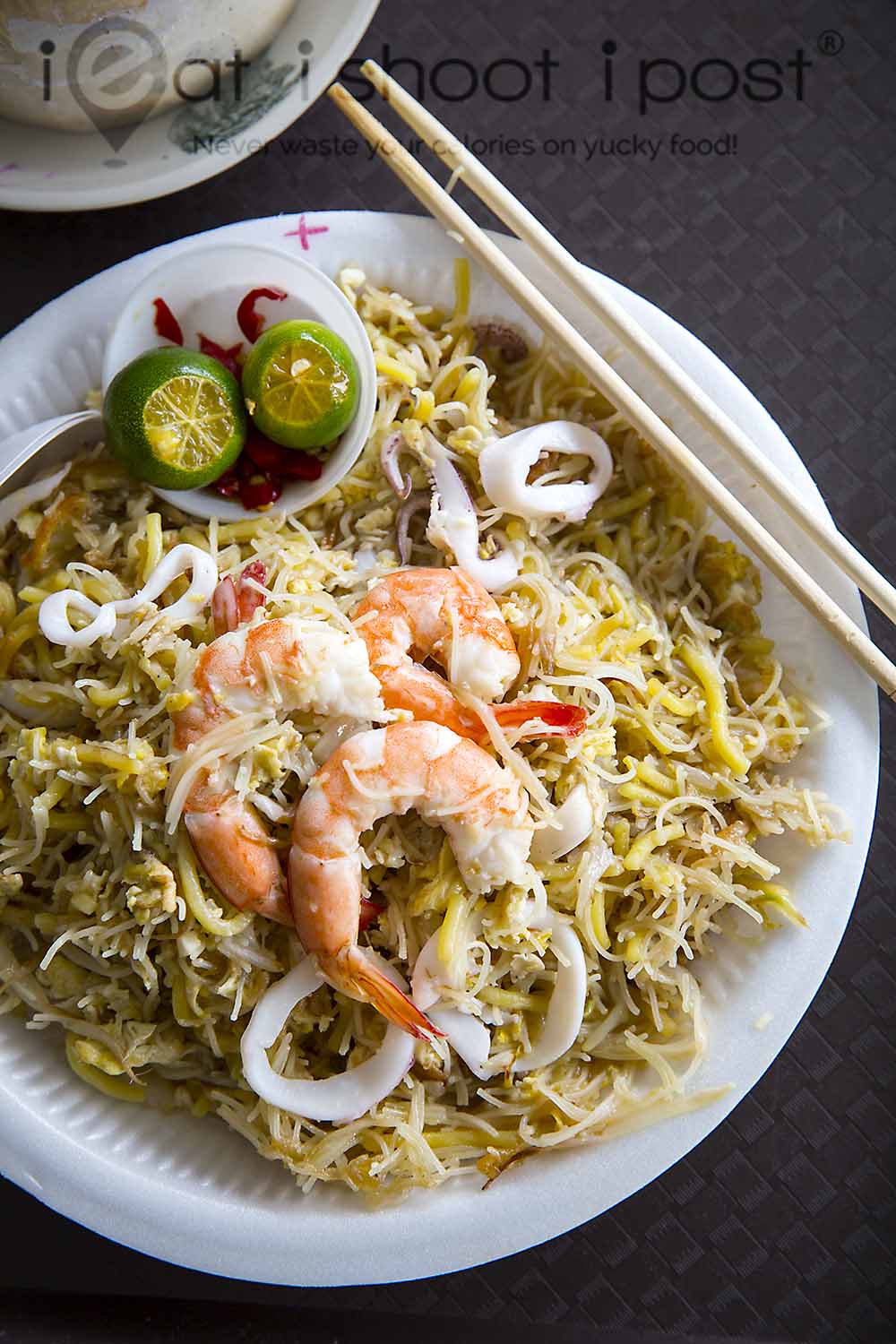 If they didn’t get a subsidized hawker stall, then they are really on their own, like Mr Teo of Hougang Six Mile Muah Chee whose grandfather started the stall in 1953. Unfortunately for Mr Teo, his father went on to sell muah chee in a coffeeshop instead of an NEA run hawker stall.  As a result, when rentals got too high, he was unable to get any kind of help from NEA to get a subsidized hawker stall and instead had to bid like everyone else.  This presented a big challenge as muah chee is a low value product and requires volume to make the business viable. But the rentals at hawker centres with high footfalls were too high to justify the rental and so he was in a bit of a fix.

If our hawker culture were to be listed by UNESCO, what does it mean for cultural ambassadors like Mr Ng and Mr Teo?  Does it mean that the government will recognize their status as Heritage Hawkers so that they can get access to government incentives to ensure the continuation of their stalls? 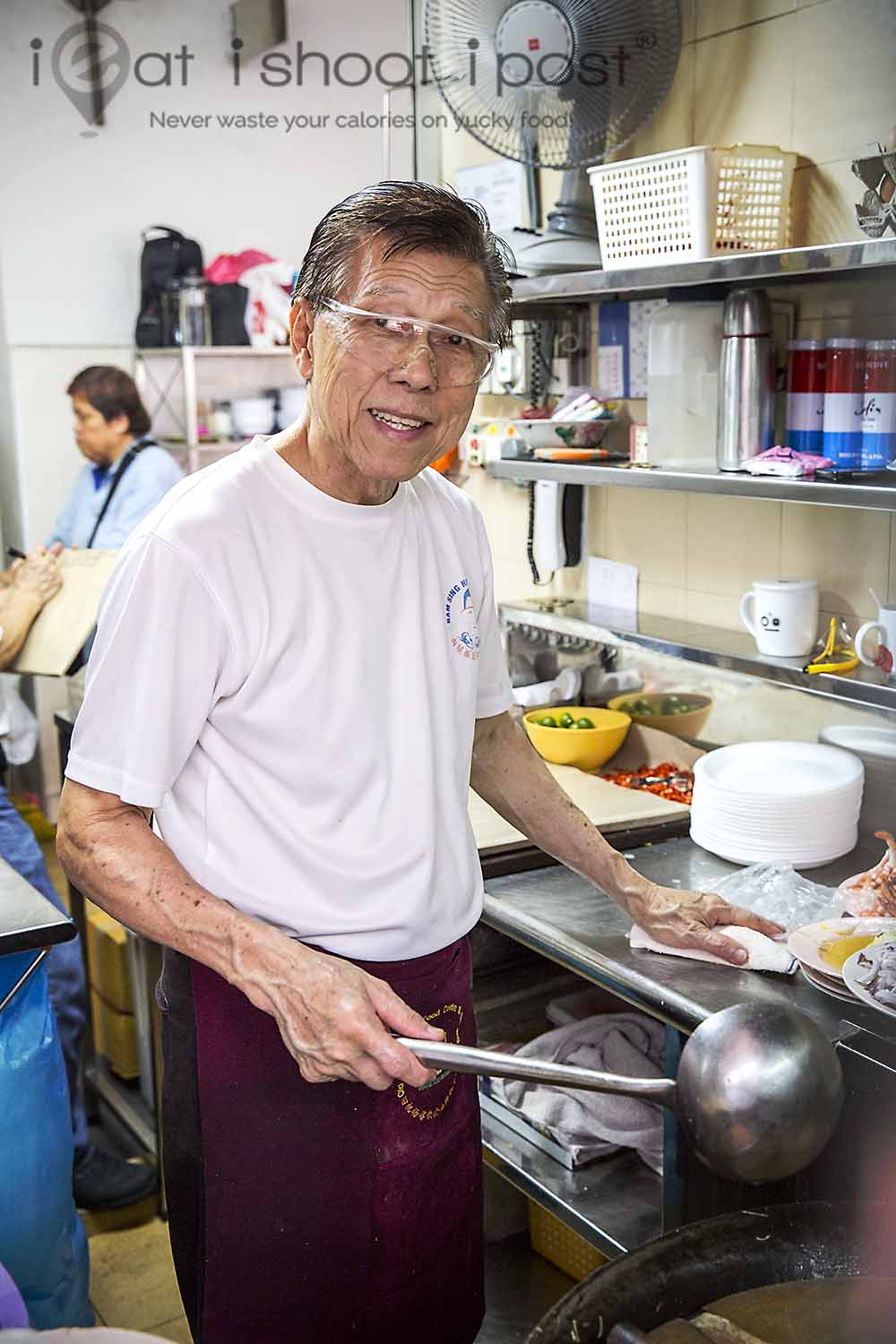 Fortunately for us, Nam Sing Hokkien Fried Mee will survive another generation as Mr Ng’s eldest son, Albert,  is currently being groomed to take over the stall!  That is very fortunate for our cultural heritage because this is one of the few hawker stalls that can trace its lineage all the way back to the original founder of the dish!

The history of Hokkien Mee started with two brothers, Ng Seng 黄成 and Ng Tong 黄铜 who arrived in Singapore in the 40’s from Xiamen 夏门.  They found work as coolies at the wholesale warehouse at Rochor Road known as 铁角厂 (iron factory).  After a long day’s work, they would gather for supper and fry up some noodles and other ingredients in a charcoal stove placed on the ground.  Soon it began to be known as toh kah mee (土脚面 lit noodle on the ground) and kay luo mee (底炉面 – low stove noodle).    In the beginning there was no standard ingredient used for the noodles. Sometimes it may be squid and at other times it might be prawns.  As it became more popular, it began to be known by other names such as Sotong Mee, (squid noodles) Hei Mee (prawn noodles), Hokkien Cha (Hokkien fried).

The two brothers saw much potential in the business and decided to set up their own food stalls. The elder brother, Ng Seng 黄成, stayed at Rochor Road in front of once famous “New Seven Storey Hotel’ He became very well known and people started referring to his dish as Rochor mee, a name which is still used by many older generation Singaporeans. His fourth son Ng Hock Chuan 黄福泉 went on to open the very popular Ah Hock Hokkien mee at Chomp Chomp.

The younger brother, Ng Tong 黄铜, started another stall in front of Tong Ji Medical Hall (同济前) near Eu Tong Seng Road. Our protagonist today, Mr Ng Hock Wah, 黄福华 71, started out by helping him at the stall and when he turned 18 got his father’s blessing to open his own stall right after the 1960’s racial riots.

Mr Ng chose to start his street stall along Florence Road outside a tea house called 南星茶室 ( Nam Sing Coffee House).  In  1978, when the government started licensing street hawkers, he moved to a permanent stall at the Simon Road wet market (Six Mile Market  六条石) where he stayed till the 90’s when he moved to his present location at Old Airport Road.

Mr Ng should officially be inducted into the Hawker Hall of Fame or get some type of lifetime achievement award.  He has been frying Hokkien Mee for the last 53 years and at 71 still works 6 days a week for 12 hours each day!  He really embodies the traditional values of a street hawker.  From a young age, he was instructed by his father that the responsibility of the a hawker is to provide good food for his customers.  As such, one should never compromise on the freshness of ingredients and never take short cuts in the cooking process.  As such, each plate of Hokkien mee still has to be fried the same way, making sure that the noodles are properly charred and fragrant.  This takes time which means that if you want to taste a plate of this old school Hokkien Mee, you will just have to be patient and wait! 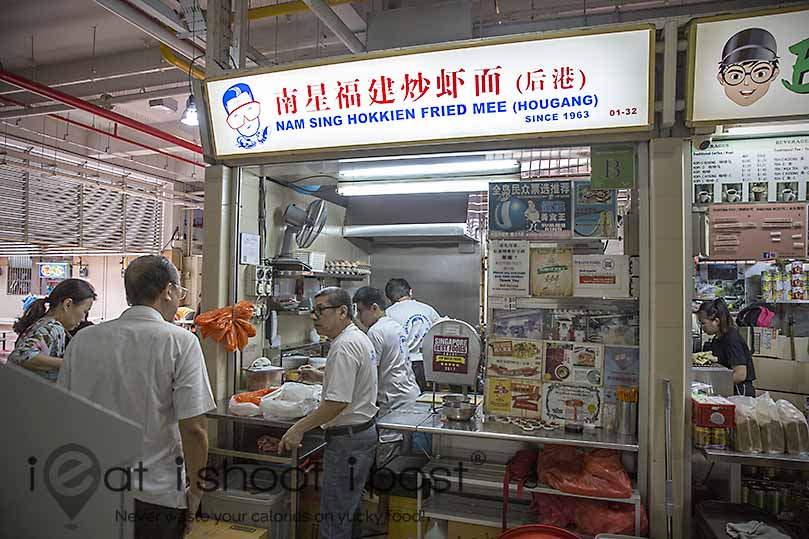 This style of Hokkien mee is made with thin beehoon (the same beehoon they have been using since the early days!) and is fried till it is dry and fragrant. It is traditionally served with cut chilies and Mr Ng has resisted requests for sambal as it will spoil the original flavour of the noodles.  I have tasted the noodles many times now and there are days when it really is very good while on other days, especially when it is crowded, it might not get as much attention in the wok.  But whatever it is, this is classic, traditional Hokkien Mee which no one can dispute. 4.5/5

Conclusion
You really can’t call yourself a serious foodie if you have not visited Nam Sing Hokkien mee.

Postscript:
There are many who prefer the wetter style Hokkien mee which is served with sambal.  This is a more modern version and I think it is best to just consider them as two different sub-categories of Hokkien mee.

Read my previous post on Nam Sing.
Nam Sing was voted best of the best Hokkien Mee by our fans!

Acknowledgements
Thanks to Patrick Ng, 2nd son of Mr Ng for sharing the history of Nam Sing and his cousin’s stall, Ah Hock with me.

Every time I go to Singapore, I visit this stall at least once. The service here is exceptionally pleasant and the taste of the noodles is consistently great. Old Airport FC also has many colorful characters who have come up to me while I was eating and shared their stories of Old Singapore. 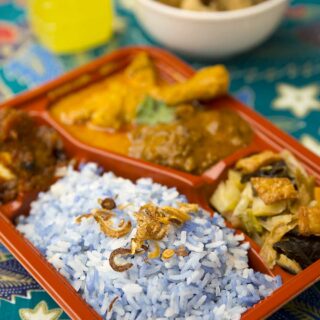 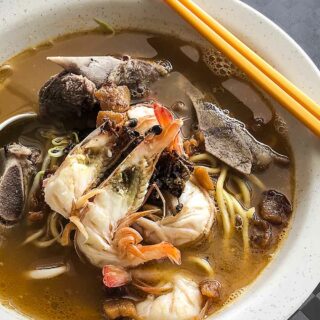