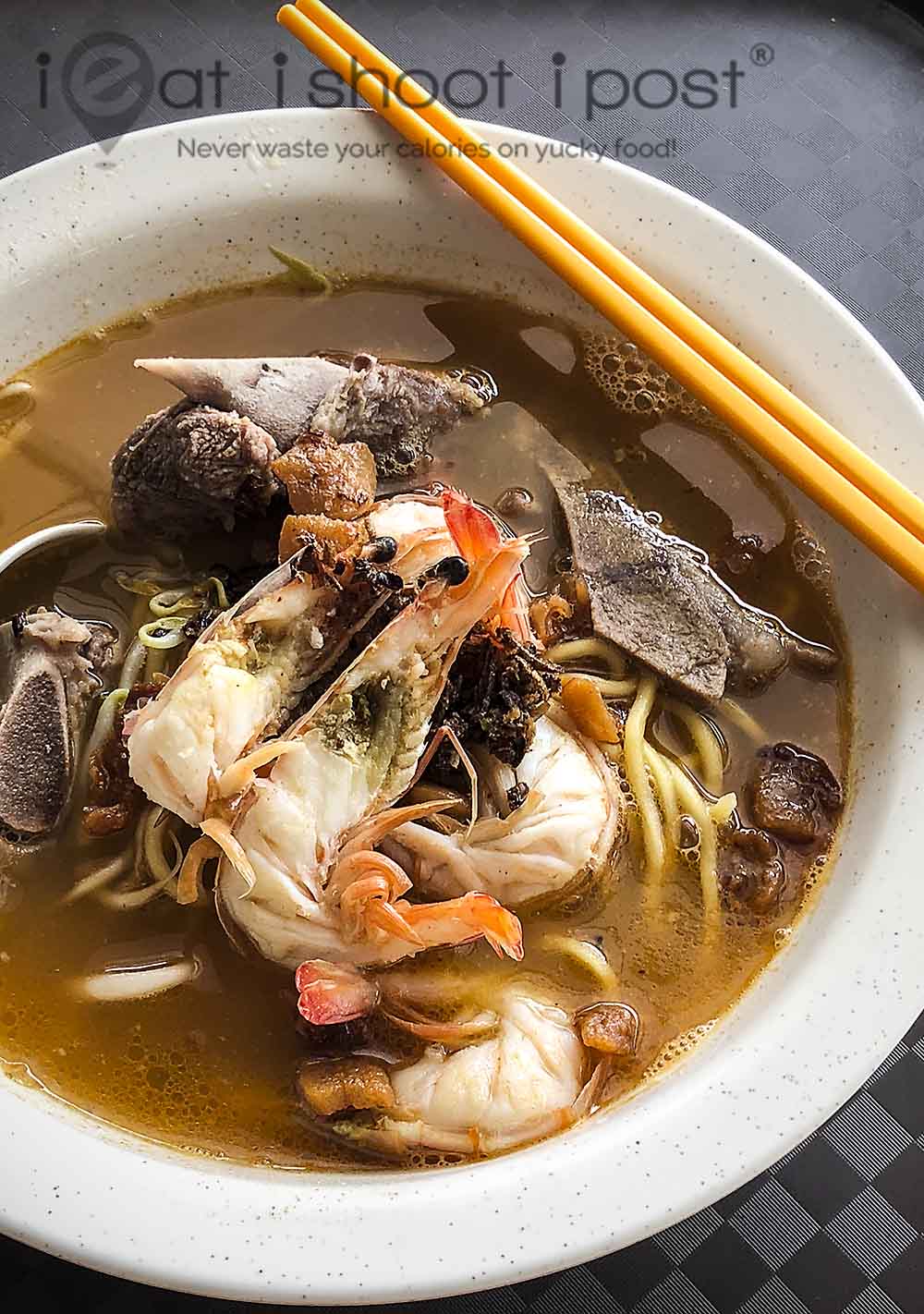 Prawn mee is one of those hawker dishes that are alive and well, unlike their counterparts like char kway teow and satay beehoon which are facing an uncertain future.

The reason for this all boils down to economics.  The prawn mee boom started when Beach Road prawn mee managed to break the price ceiling of $3 for prawn noodles by introducing the jumbo prawn noodles.  Since then, Singaporeans have grown accustomed to a bowl of prawn mee that might cost $8-$15 due to the perceived value of larger, better quality prawns! 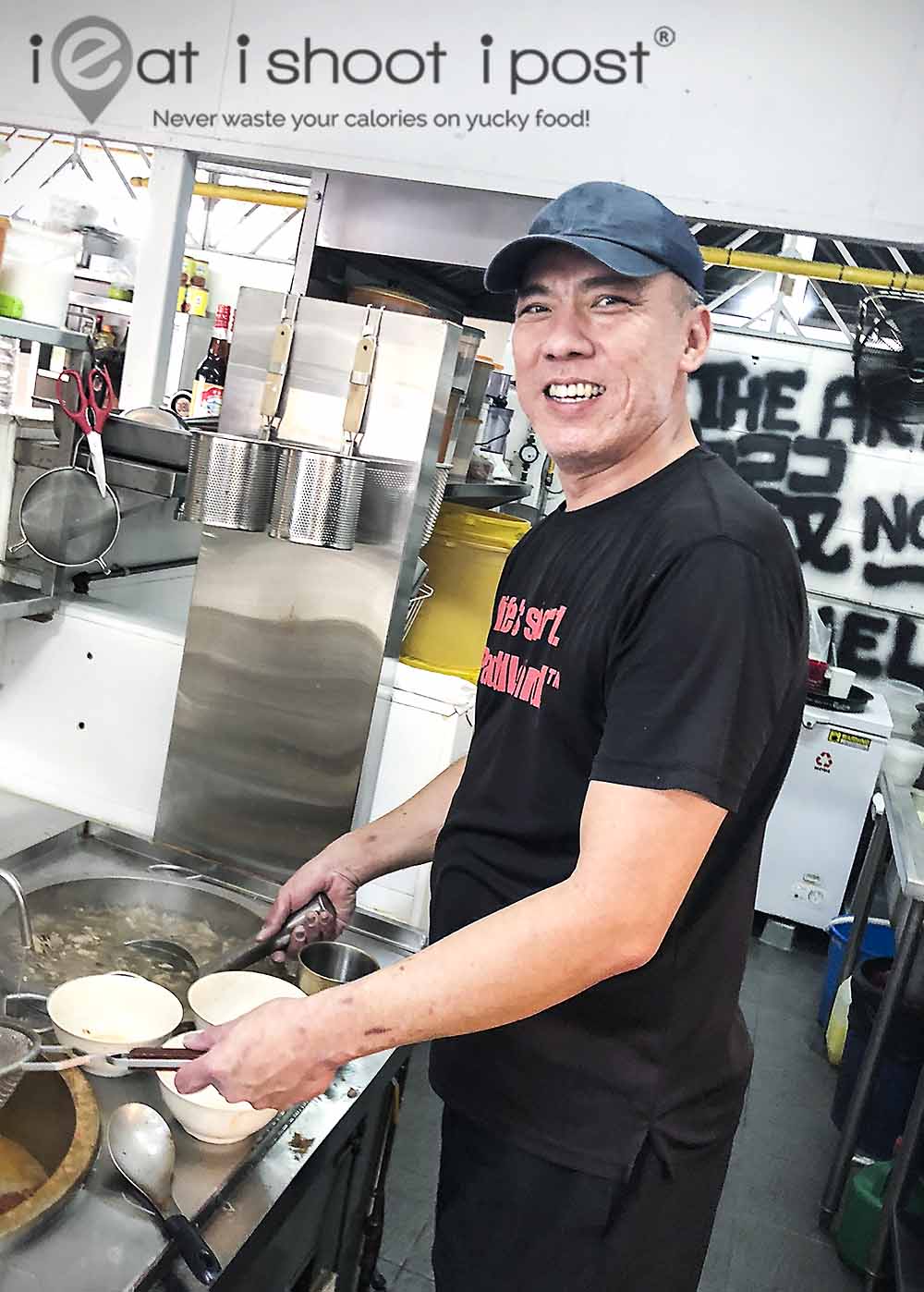 Many other prawn mee stalls have since benefited from its trailblazing.  The latest that I wrote about was Da Shi Jia Big Prawn Noodle,  which offer a choice of BIG, BIGGER and BIGGER than BIGGER prawns at HIGH, HIGHER and … you know where I am going.  And they are doing well!  Which just goes to show that our local hawker flavours can break the pre-conceived hawker price ceiling if the hawker can show that using better ingredients can elevate the dish to the next level!

Our featured hawker today is Dickson Fong, an ex- Tunglok chef who decided to sell prawn mee after spending a few years doing business in China.  His modern approach to prawn mee has won him many fans since he opened his stall months ago. 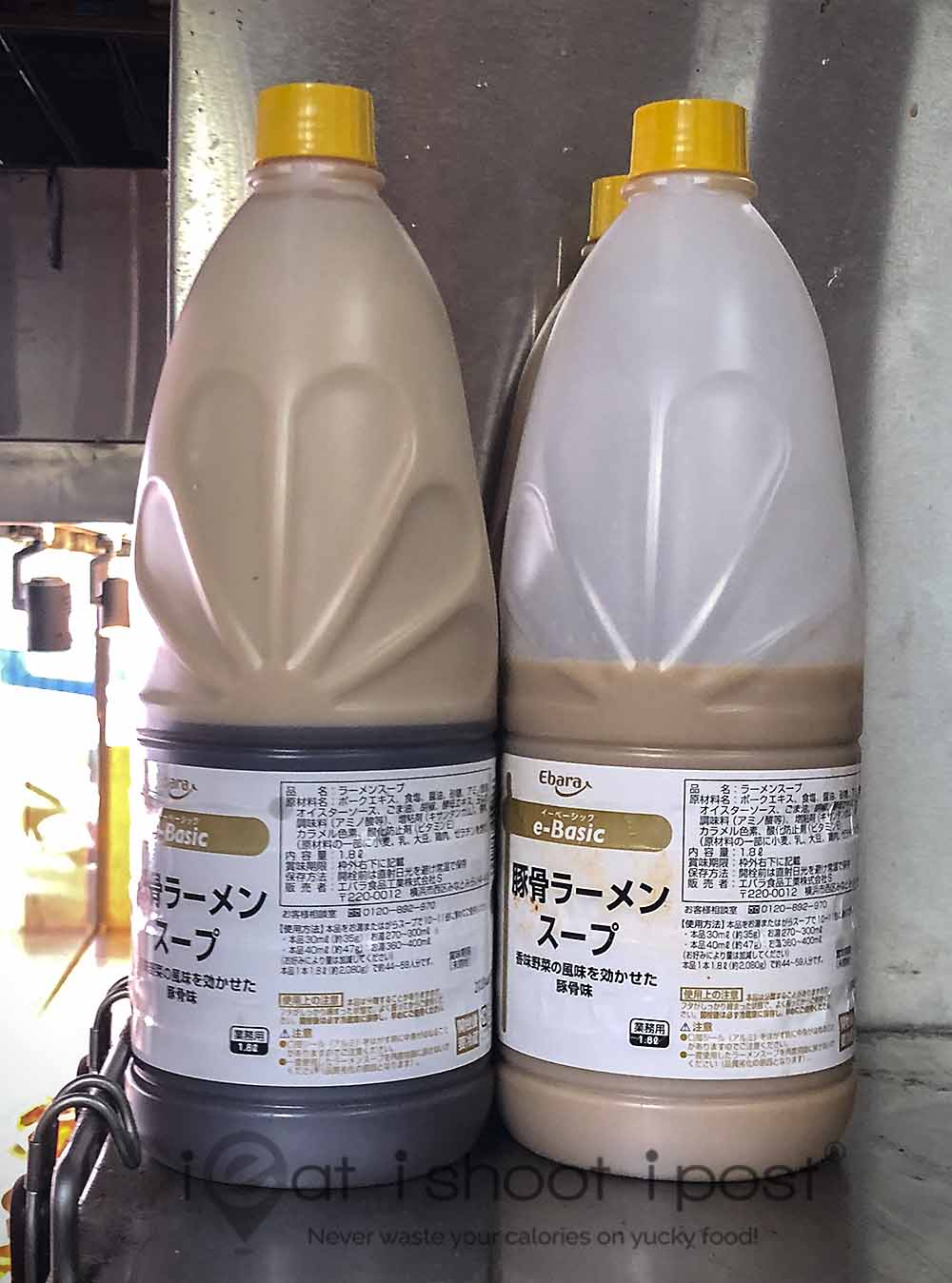 Dickson was quite open about sharing his “secret”!  His prawn mee is an unabashed fusion of traditional techniques boosted by quality Japanese ingredients like ready made pork bone broth which is used for ramen.  As a result, the soup has more body than what you would typically find in a prawn mee soup.  But that is not to say that he is taking short cuts.  To make the basic prawn broth, he still has to cook generous amounts of prawn heads with pork bone.  The Japanese bone broth only serves to boost it to the next level!

For the prawns, Dickson tells me that he uses Japanese farmed prawns.  For a stall that calls itself BIG prawn noodles, you would expect the prawns to be much bigger — more like the ones on his signboard.  They are at best medium sized and he only offers one size.  The soup is very good.  It’s robust and it got enough body and umami.    It could have been even better if the pork lard was more savoury!  4.25/5 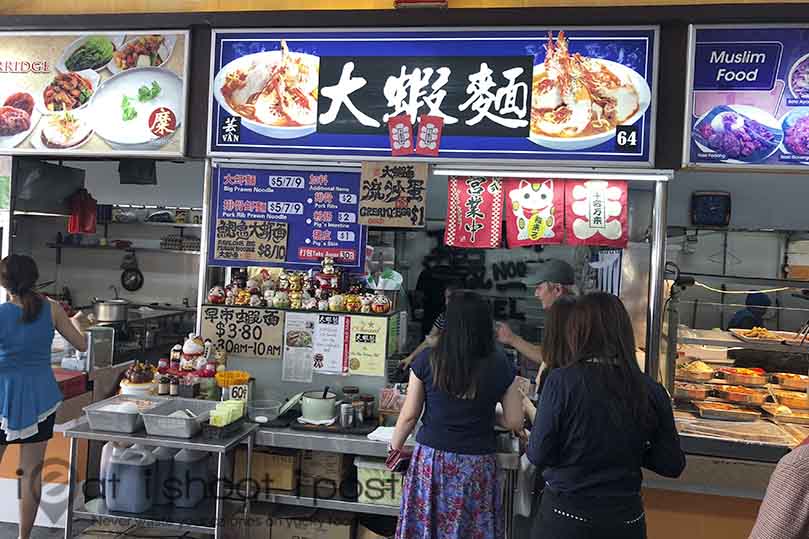 Would you travel all the way from the West to eat it? Perhaps not.  But if you are living around the East, then this is certainly a prawn mee stall to add to your prawn mee list!

Oh that bowl looks so good! Full of funky goodness.

Thanks for your update!

AT THE CHOA CHU KANG CRESCENT V6 FOOD COURT LOYANG WAY BIG PRAWN NOODLE,THE MINIMUN COST OF A BOWL OF NOODLE IS 5 DOLLARS,DAYLIGHT ROBBERY CHARGE,AND TAKE AWAY CHARGE EXTRA 50 CENT,SO MUCH MAAM!I WISH THE MINIMUN NOODLE PRICE AT THIS STALL BE 3 DOLLARS,TAKE AWAY CHARGE 0 DOLLAR,CENT.PLEASE SPARE A THOUGHT FOR THE POOR. 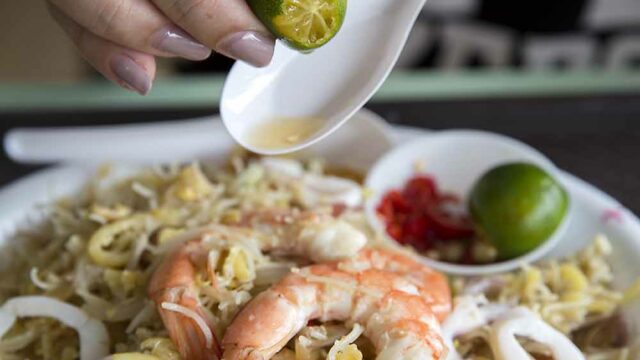 Best of the Best
Nam Sing Hokkien Mee: The History and Origins of Hokkien Mee!
Next 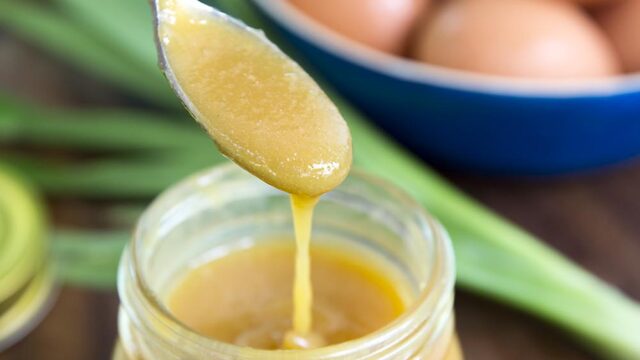