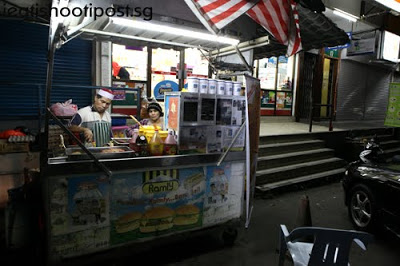 One of the things that the venerable Malaysian Tourism Minister should have claimed as truly Malaysian is the Ramly Burger. Nobody will ever dispute that the Ramly Burger is a Malaysian invention. In fact, I would go on to say that it is one of the Shiokest things that Malaysia has ever produced. In case Mr Ramly has not been conferred a Datukship, I think he should. Datuk Ramly has created a burger that can hit the spot where many an expensive gourmet burger have missed.

Now, if you have only tried Ramly burgers from the Pasar Malams in Singapore, then you really have not tried a Ramly burger. It really is not the same. The thing that makes a Ramly a Ramly is not the Ramly wrapper, but the Ramly meat pattie. That pattie is made from a very special animal called the Malaysian cow. That’s right, they are the ones you see chewing on cow grass by the roadside whenever you drive up north. That cow (or at least the parts of it that don’t make it to the butcher), together with the Ramly spices make for one heck of a delicious pattie. Unfortunately, our AVA have doubts about the palatability of their patties, so they are banned from being imported into Singapore. So the Ramly Burgers here are only Ramly on the outside but Aussie on the inside, much like a Porsche with a Kia engine. 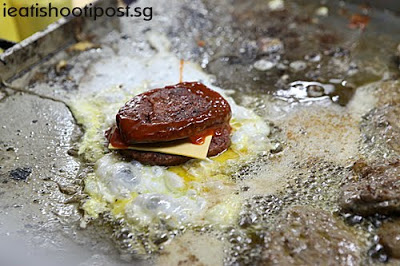 Shallow frying an egg with the double patties in margarine


I am sort of glad that you can only find the Ramly Burger in Malaysia because if it was found in Singapore, I would probably eat it too often. Yes it is good, so good that I finished a whole double Ramly after a whole evening of eating! 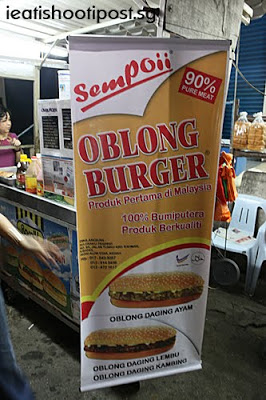 
But wait, it gets better!


We were told that there is a new brand of Malaysian burger which is threatening Datuk Ramly. The new kid on the block is Datuk Sempoii who chose to differentiate himself by making oblong shaped patties, aptly known as the Oblong Burger. You will notice on the banner that they proudly proclaim that their patties are made of 90% pure meat! Sounds good, but it really makes you wonder what the rest of the 10% is made of. And the other thing is, if they are proud of the fact that they are 90% pure meat, than what percentage of the Ramly pattie is actually meat? 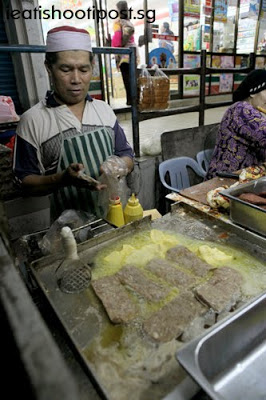 
The oblong burger is made much the same way as the Ramly. The patties are first shallow fried in Planta Margarine, then wrapped with an egg and placed on top of a hot dog bun with a generous squeeze of chilli sauce, margarine and BBQ sauce. 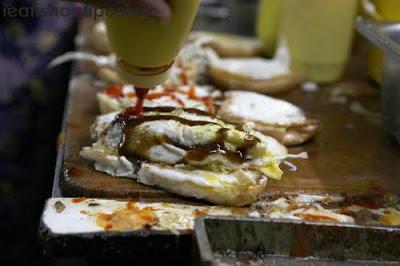 We were all quite surprised that the burger was even better than the Ramly Burger. The pattie was more beefy than the Ramly burger (90% pure meat remember?) and though it is probably the ugliest burger you will ever get to lay eyes on , MAN IT WAS GOOD! Seriously seriously good. Good enough to risk your life for 10 minutes of sheer pleasure. Seriously. 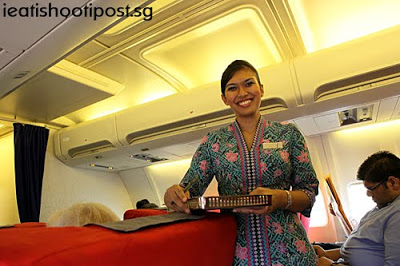 
Anyway, I think Malaysia is a treasure trove of eats just waiting to be discovered. The thing is that Malaysian food is more similar to Singapore food than Thailand or Indonesia. So you can find a lot of stuff which are familiar yet novel at the same time. The best thing is that all the wonderful places are only a short flight away such that you can do food trips over the weekend. So besides KL and Penang, I have my radar set on Ipoh and Kuching next! Do write in if you have any recommendations for these places! 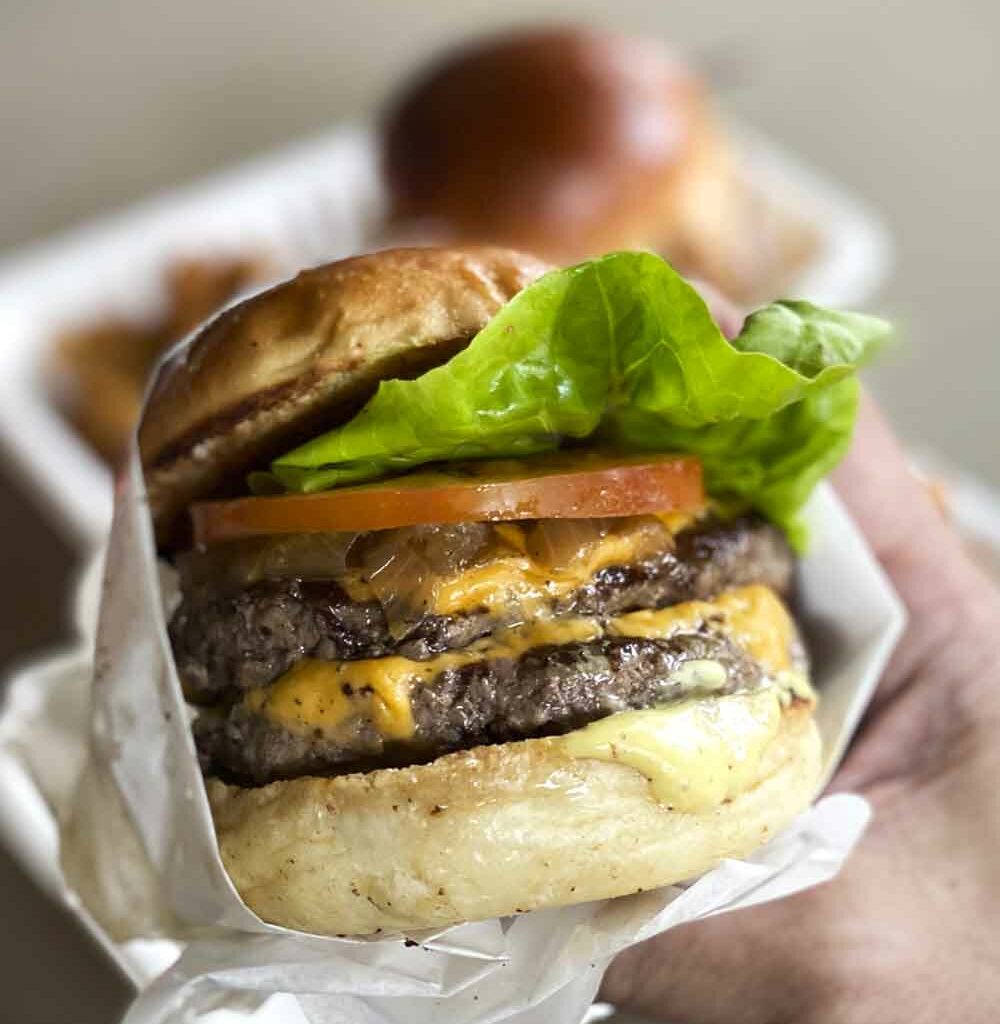 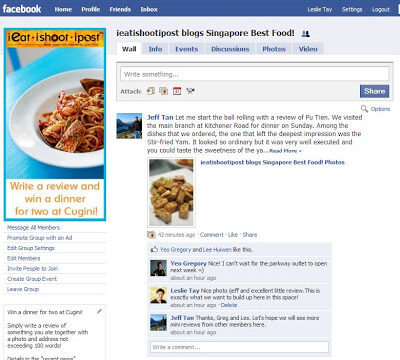 Contests
Write a review and win a dinner for two at Cugini!
Next