The problem with writing about Kanda Wadatsumi is that the menu changes so quickly that you might not be able to order the featured dishes when the story is posted!  But that is precisely why any serious student of Japanese food would want to dine here.  Not only is the food authentic, they bring in the best seafood from the different prefectures in Japan every month.  So, you get to literally travel all over Japan to taste the speciality seafood from each region!

That might not be good for those of you who just like to stick with what you are familiar with.  But for gastronomic adventurers like myself, it really opens up the frontier of culinary discovery!  So you can expect to be seeing more posts from this particular restaurant as I have made it my mission to feature the “pride fish” from every prefecture of Japan!

Today we are going to Shizuoka prefecture, home to Mt Fuji (the highest mountain) and Suruga Bay (the deepest bay) in Japan. It is from Suruga Bay that the Sakura ebi (sergia kishinouyei) are exclusively harvested every spring and autumn and the appearance of these tiny little umami bombs is much anticipated.

Sakura ebi are one of the tastiest things on earth and one of the most delicious way eat them is kaki age.  The prawns are first mixed with mitsuba, negi, carrot then coated in a tempura batter and deep fried. This turns the shrimps into addictive, savoury crackers with a superb crustacean flavour.  If you love the prawny flavour of Carlbee prawn crackers, then you are going to be addicted to sakura ebi kaki age.  The sakura ebi kaki age set here comes with a bowl of steaming hot and chewy udon who dashi based soup becomes an excellent dip for the prawn fritters! 4.5/5 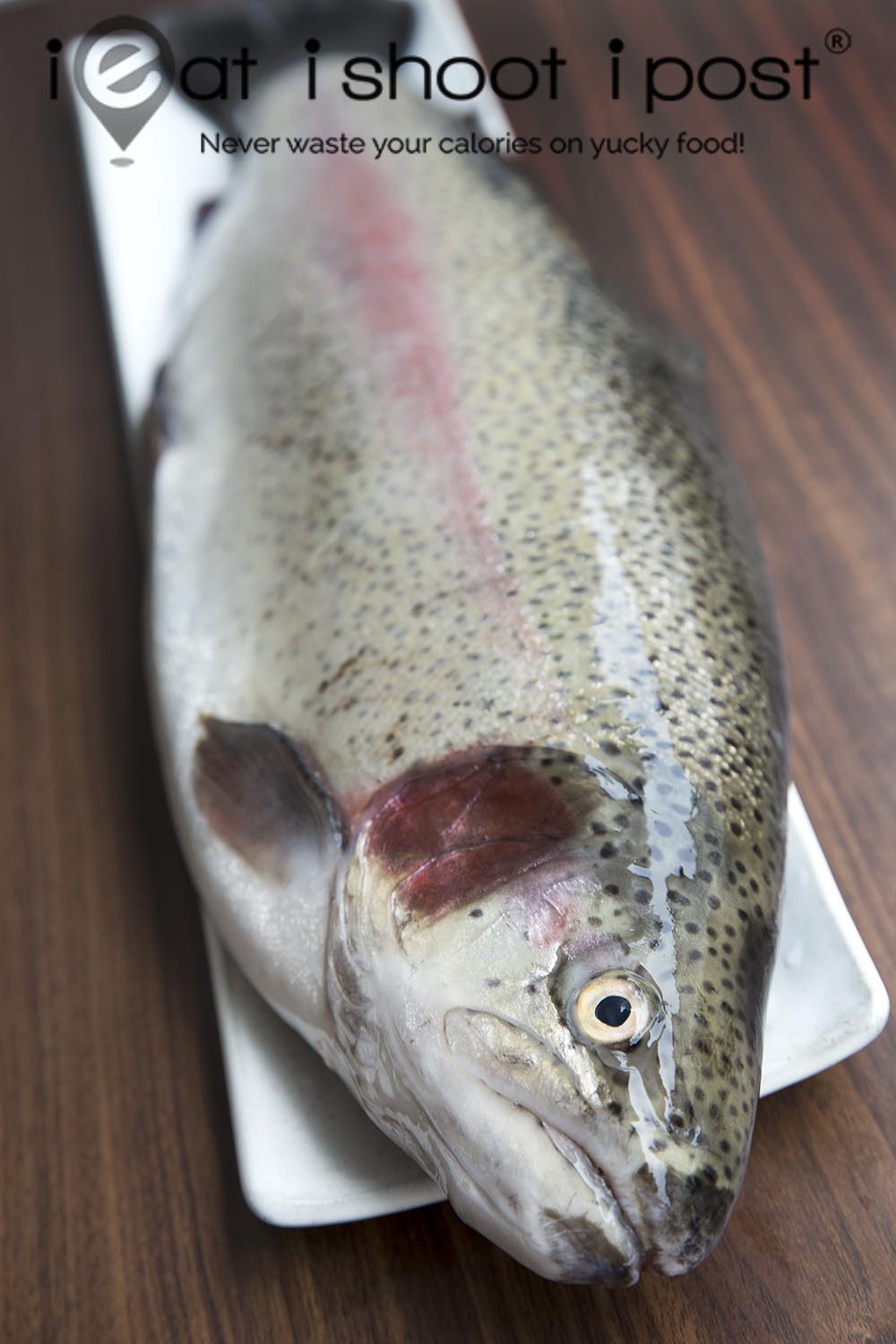 Nijimatsu, or rainbow trout (oncorhynchus mykiss) were introduced to Japan in 1877 and can be found all over Japan.  They are farmed around the foot of Mt Fuji which has plentiful of pristine spring water from the melting snow atop the mountain.

They are very popular as sashimi in Shizuoka and are not so readily found in other parts of Japan.  One reason for this is that Salmon is not popularly consumed as sashimi in Japan and most of the salmon used for sashimi are imported.   Salmon are anadromous and as such, spend part of their lives in fresh water where they can pick up parasites.  So traditionally, they are not used for sashimi.  But with the advent of aquaculture, salmon is now safe to eat raw but according to Chef Hara, the Japanese haven’t developed a taste for the Norwegian variety as they find the texture a little to soft and the flavour of the fish too strong for them.

Nijimatsu are members of the salmon family and their flesh also shares that familiar salmon orange colour. However, the flavour is not as strong as salmon and the flesh is more chewy which makes them more palatable as sushi tane.  This fish is usually only available in Shizuoka and in some sushi bars in Tokyo, but you get to eat it here in Singapore! 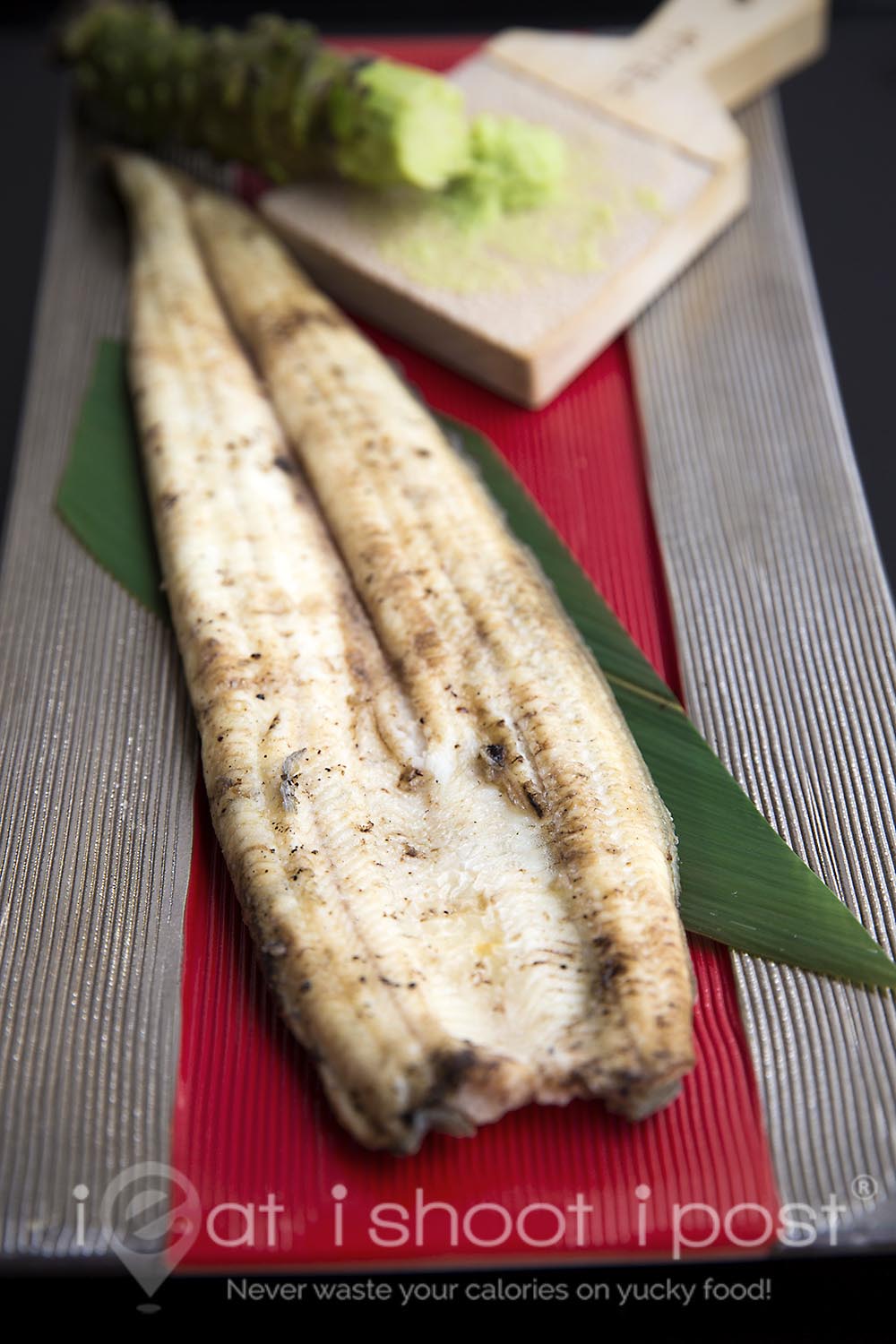 Shizuoka is also one of the major producers of the fresh water eel aka unagi.  These are farmed in the Laka Hamana area and they are the thing that foodies would hunt down when they visit the city of Hamamatsu.  Wild caught eels are extremely expensive so most of the time, the eels are the farmed variety.

By far the most popular way of eating unagi is kabayaki style.  This is the familiar dish where the unagi is first lightly steamed and then grilled over a charcoal fire with a sweet soy tare.  However, you can also prepare it shirayaki style where it is simply salted and grilled and eaten with fresh grated wasabi.

Incidentally, wasabi is also a major agricultural produce of Shizuoka. I have spoken with many sushi chefs who tell me that the best wasabi is cultivated on the foothills of Mt Fuji where steams of crystal clear water are able to bath the rhizome. It was in the Utogi district that wasabi was first cultivated circa 1600s.  During the Shizuoka fair, they are actually using fresh wasabi at the restaruant! Fresh wasabi is very expensive and is usually served by only the top end sushi restaurants, so if you want to get the taste of real wasabi, now is your opportunity!

The development of Japanese cuisine in Singapore is simply amazing.  With restaurants like Kanda Wadatsumi, you can actually eat produce from all over Japan all in the one place!  Stay tuned for as we head to Aomori next!

To read about the pride fish of Sanriku region, click here.

Thanks to the support of the management and staff of Kanda Wadatsunmi for making this project possible. 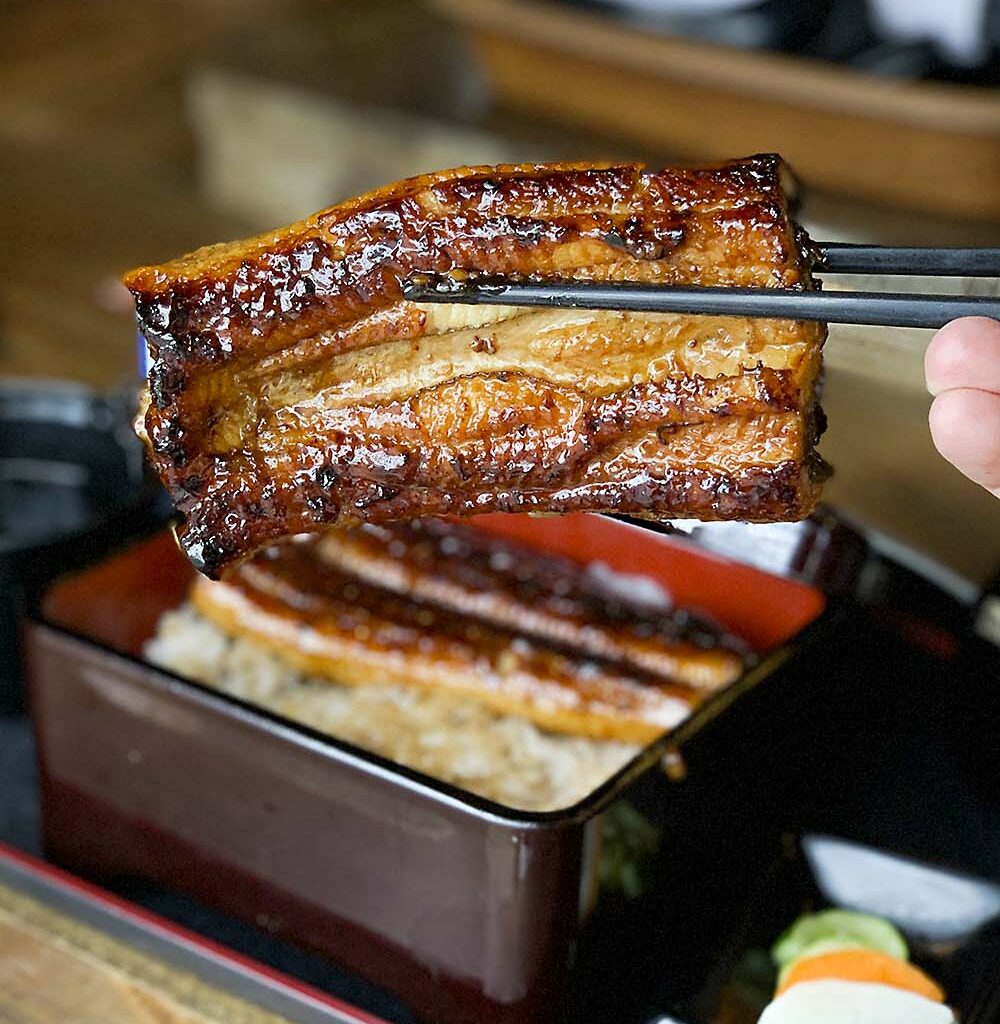 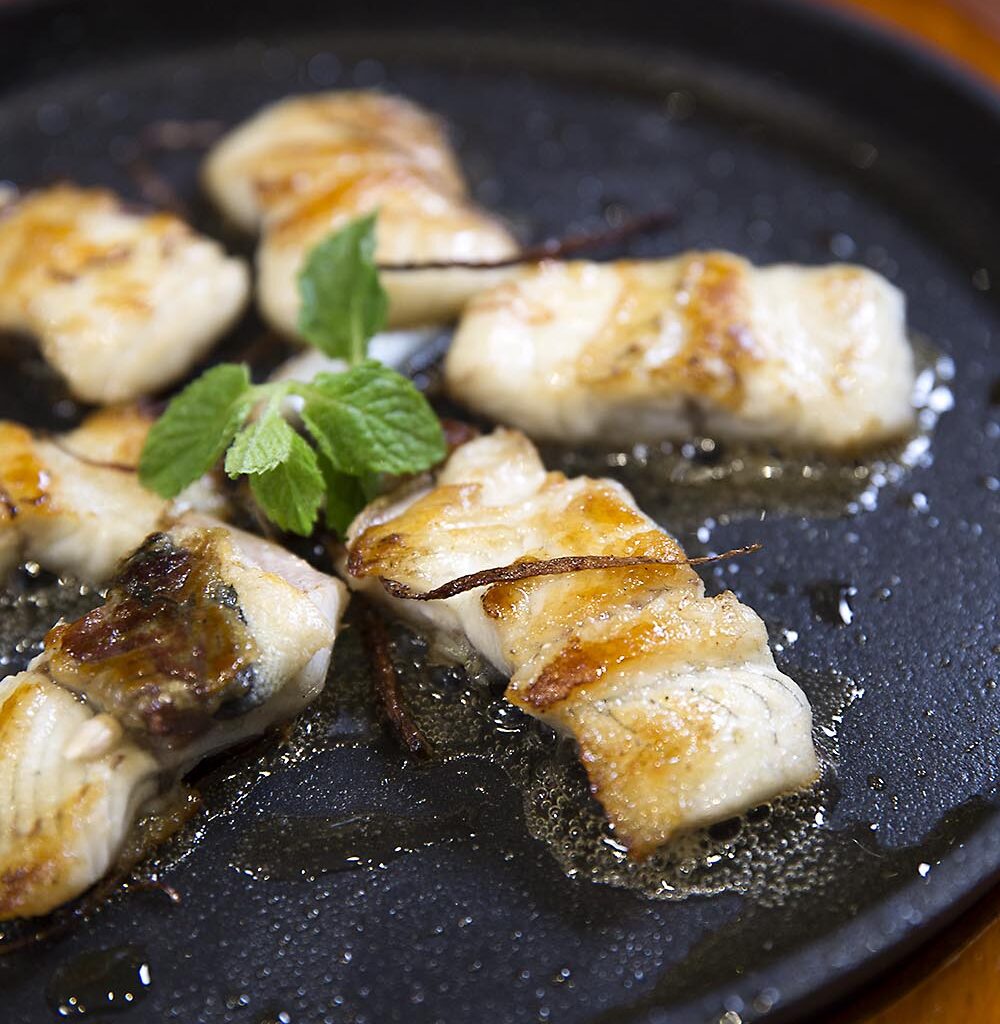 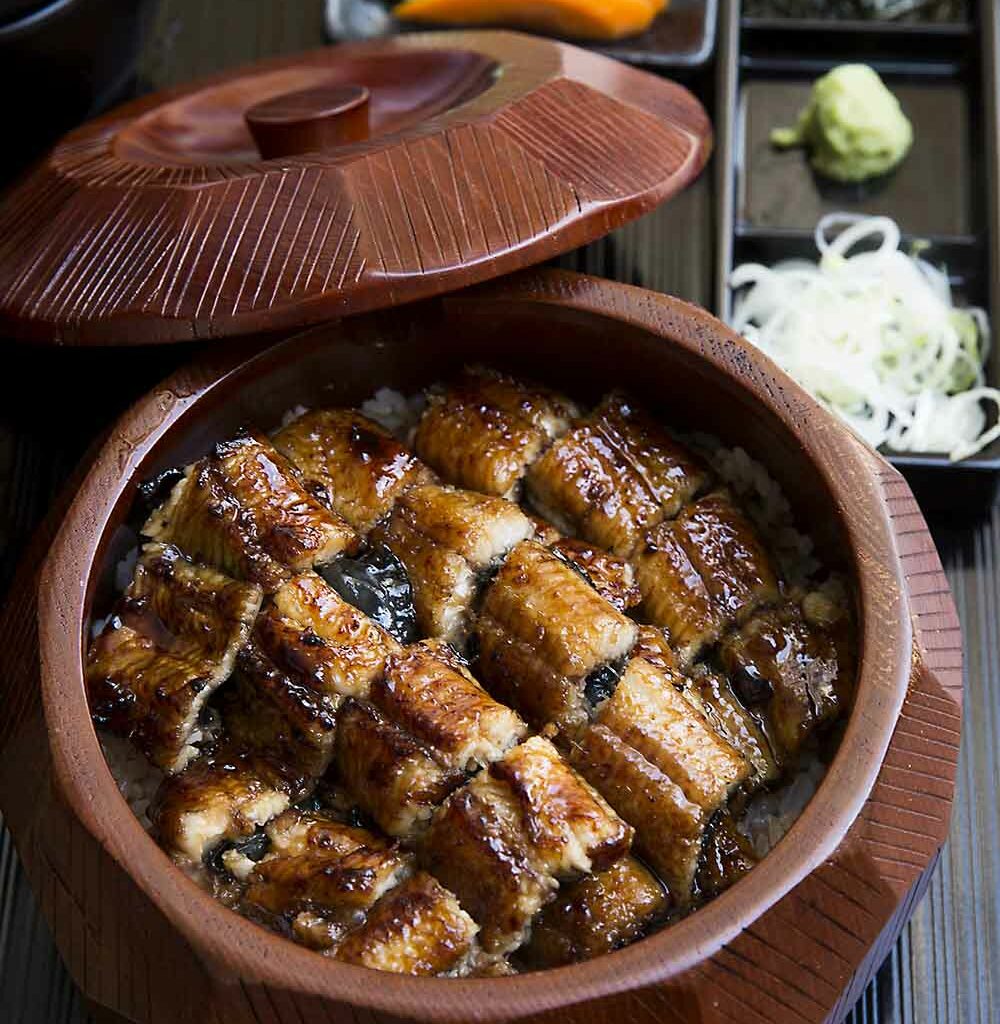 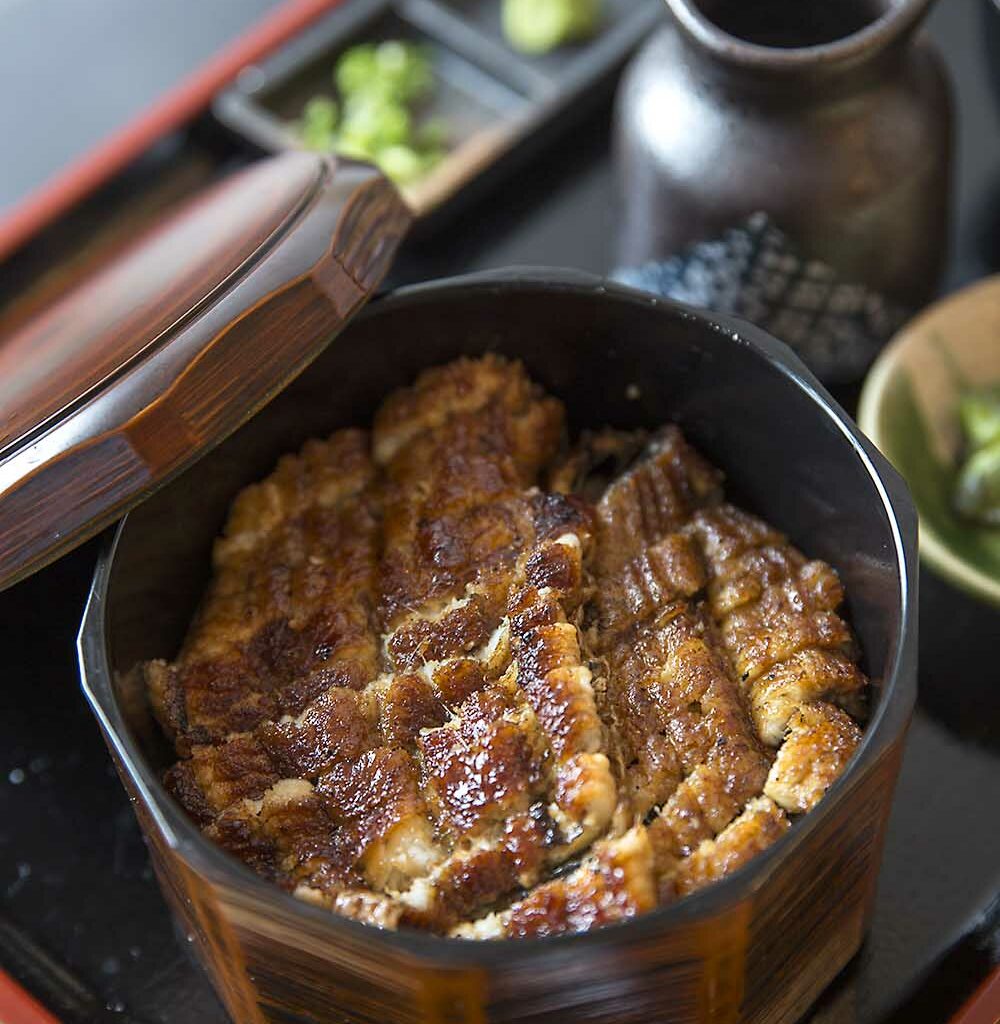 THE MUST TRY LIST
Wee’s Family Coffee Shop: Zi Char for the Family!
Next 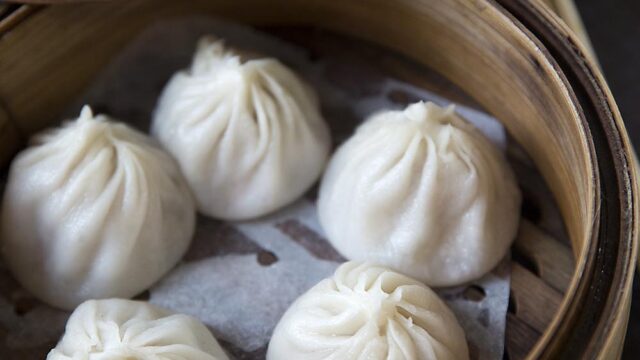