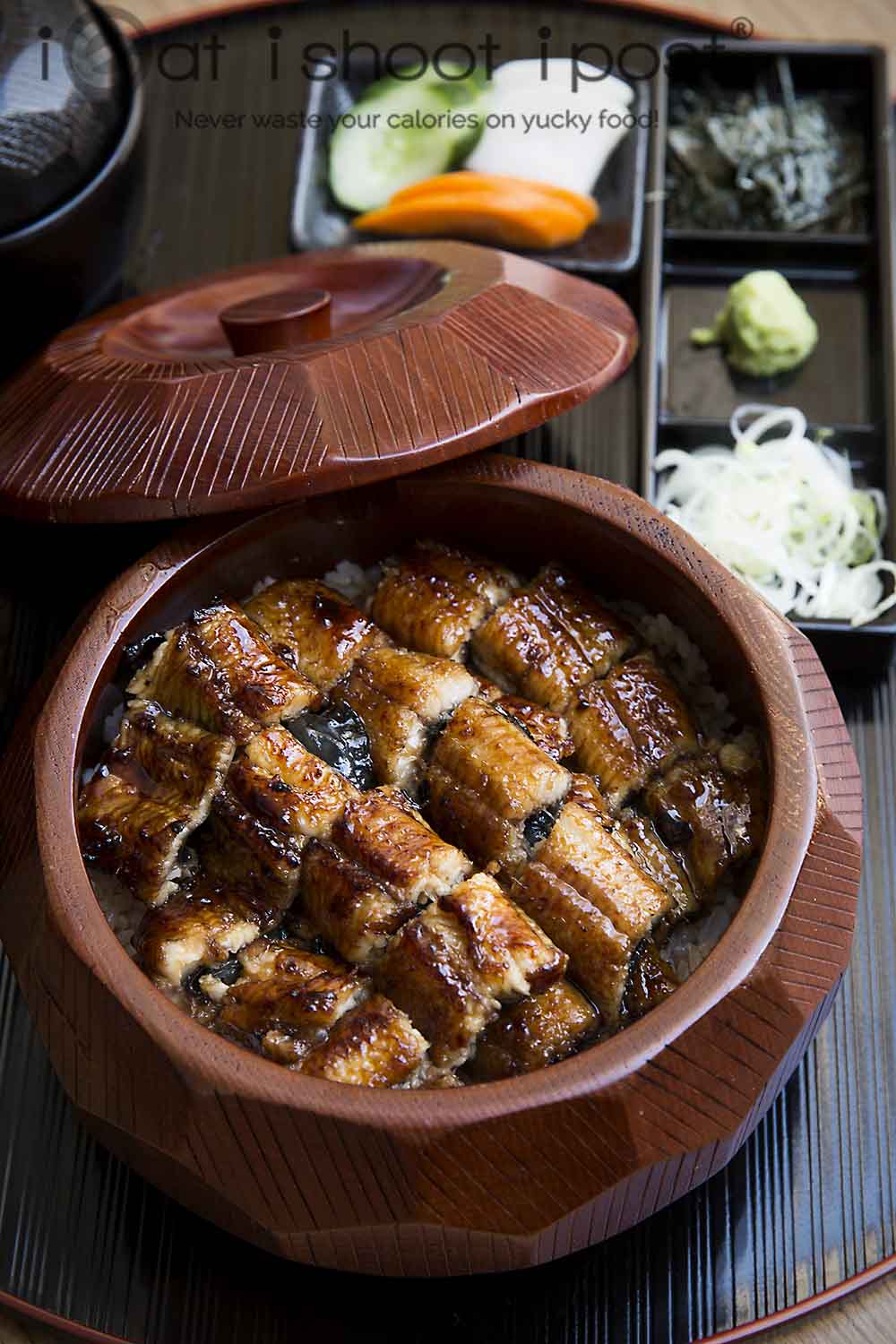 If you recall, in my previous story of Singapore’s love affair with the unagi,  I talked about the impending shortage of unagi next year as fishermen reported a 80% decline in the catch rate for baby eels this season.  The owners of Uya were just lamenting about the bad timing of the opening of their restaurant earlier this year.  The last thing you would expect is for yet another new unagi restaurant to open in Singapore, right?

Well, it just happened.  And this time, it’s not a home grown brand.  This new restaurant is opened by Miyagawa Honten, one of Tokyo’s most well known unagi restaurants.  Founded in 1898, Miyagawa Honten is one of those pricier places to eat unagi don in Japan.  A bowl of eel on rice there will set you back roughly S$40.  That’s relatively expensive when the average bowl of unagi don would go for around S$12-$15 in summer when the Japanese would eat unagi as it is believed that eel meat will give increased stamina during the hot summer months.

How is it then, that this venerable Japanese restaurant would  still be able to charge $19.80 for a small bowl of unagi don?  When you compare the price of a comparable sized  hitsumabushi with Man Man and Uya, its $32.80 price tag is also lower!  What is most mystifying is how it can actually be cheaper to eat the same bowl of hitsumabushi here than in Tokyo? 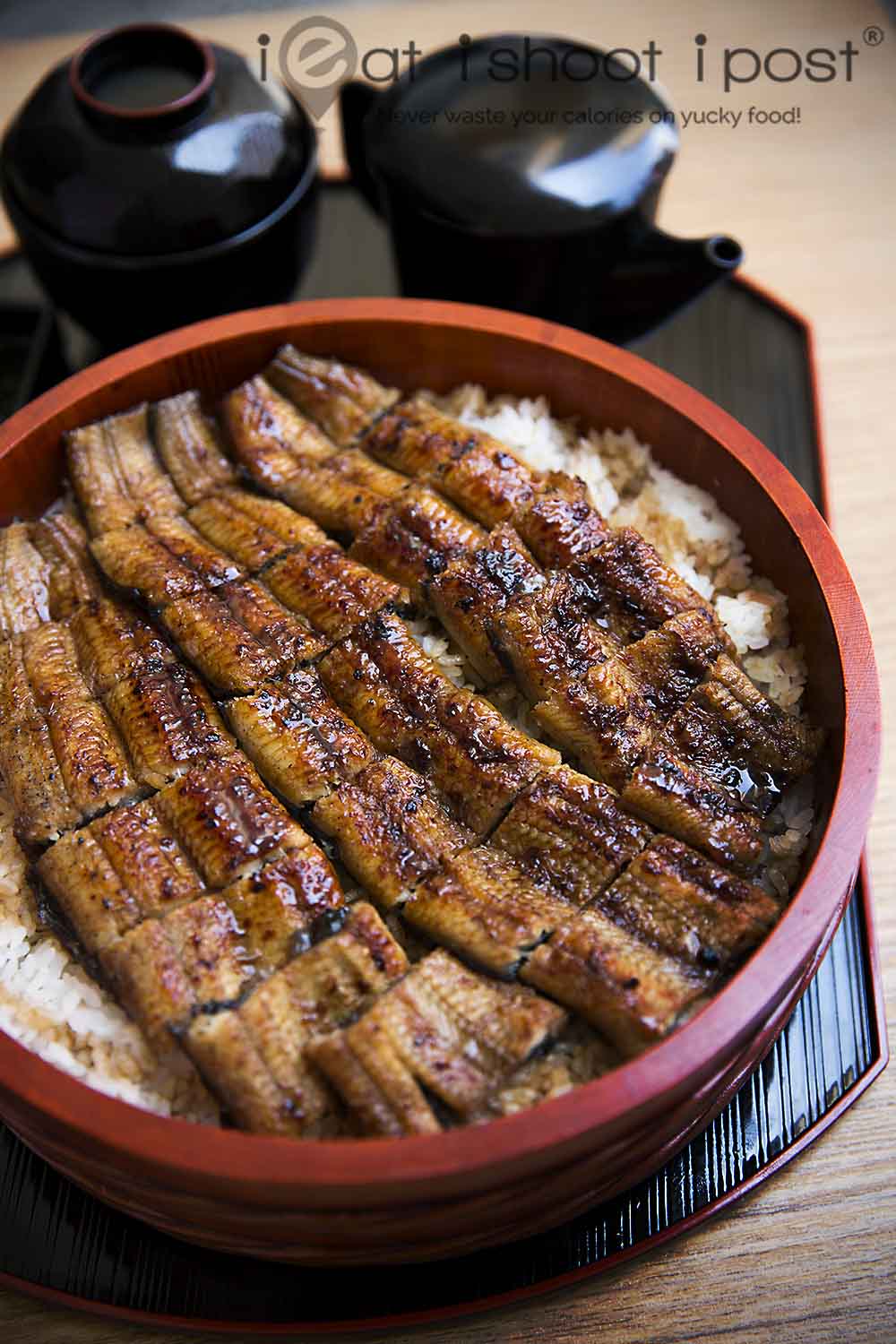 What Miyagawa brings to the table is their secret sauce and expertise in cooking the unagi, but the rice and the eel are different from what you get in Japan.  Oh, they do use live eels just like Man Man and Uya, but the eels are imported from a farm in Indonesia and they are of a different sub species.  Whereas the the other two restaurants use Japanese eel, anguilla japonica, the one which will suffer a drastic plunge in supply next year,  Unagiya Ichinoji’s partner actually owns the eel farm in West Java which breeds the Indonesian shortfin eel, anguilla bicolor!

Pound for pound, the price of the baby eels of the Japanese variety is roughly 10x that of the Indonesian eels. So the cost of breeding the Indonesian variety is considerably lower.  If you factor in the lower transportation costs of shipping the eels from Indonesia as opposed to Japan or Taiwan, then you start to understand how they can price the unagi don so competitively. 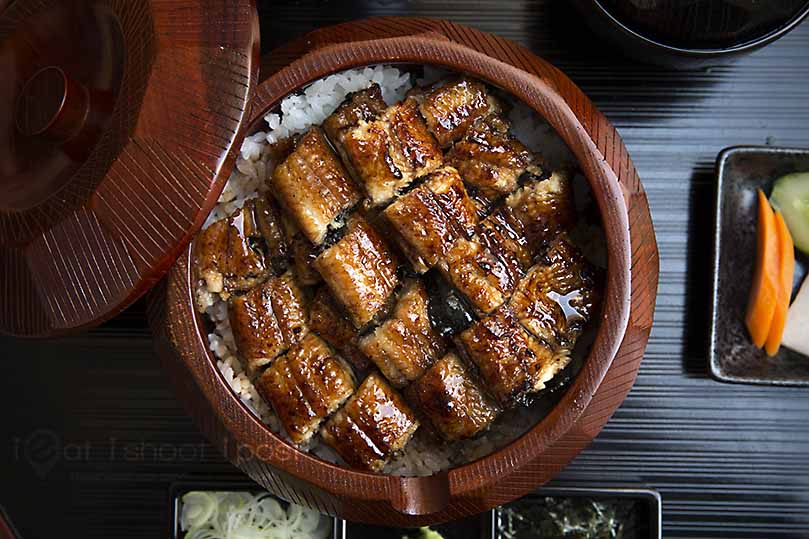 So now, the $64K question.  Can you taste the difference?

One thing you will have to bear in mind is that the unagi here is prepared Kanto style.  That means that the eel is first grilled, then steamed for 15mins, then grilled again before serving.  The other two restaurants prepare theirs Kansai style which omits the steaming step.  So yes, there is a difference in the texture of the unagi.  Because of the steaming, the eel is softer and more tender while with the Kansai style the skin of the eel is more crisp and the flesh is not as tender and melt in your mouth.

Flavour wise, I really can’t tell the difference between the Indonesian eel and Japanese eel especially when it is slathered in the unagi sauce.  According to the eel farmer, neither can most Japanese connoisseurs, including the owner of Miyagawa Honten himself!

Personally, I like the hitsumabushi at all three restaurants.  I’d go to Man Man for the whole wasabi root you get to grate yourself, but the queue there is quite intimidating.  As for the sauce, my preference is for the one at Uya which is less sweet than Man Man’s.  The other advantage with Uya is that you can actually make reservations there so you don’t have to queue.  I’d come to this place for the Kanto style, tender, melt in your mouth eel and for its cheaper pricing.   The fact that the eels come from Indonesia is not a deal breaker for me.  4.5/5 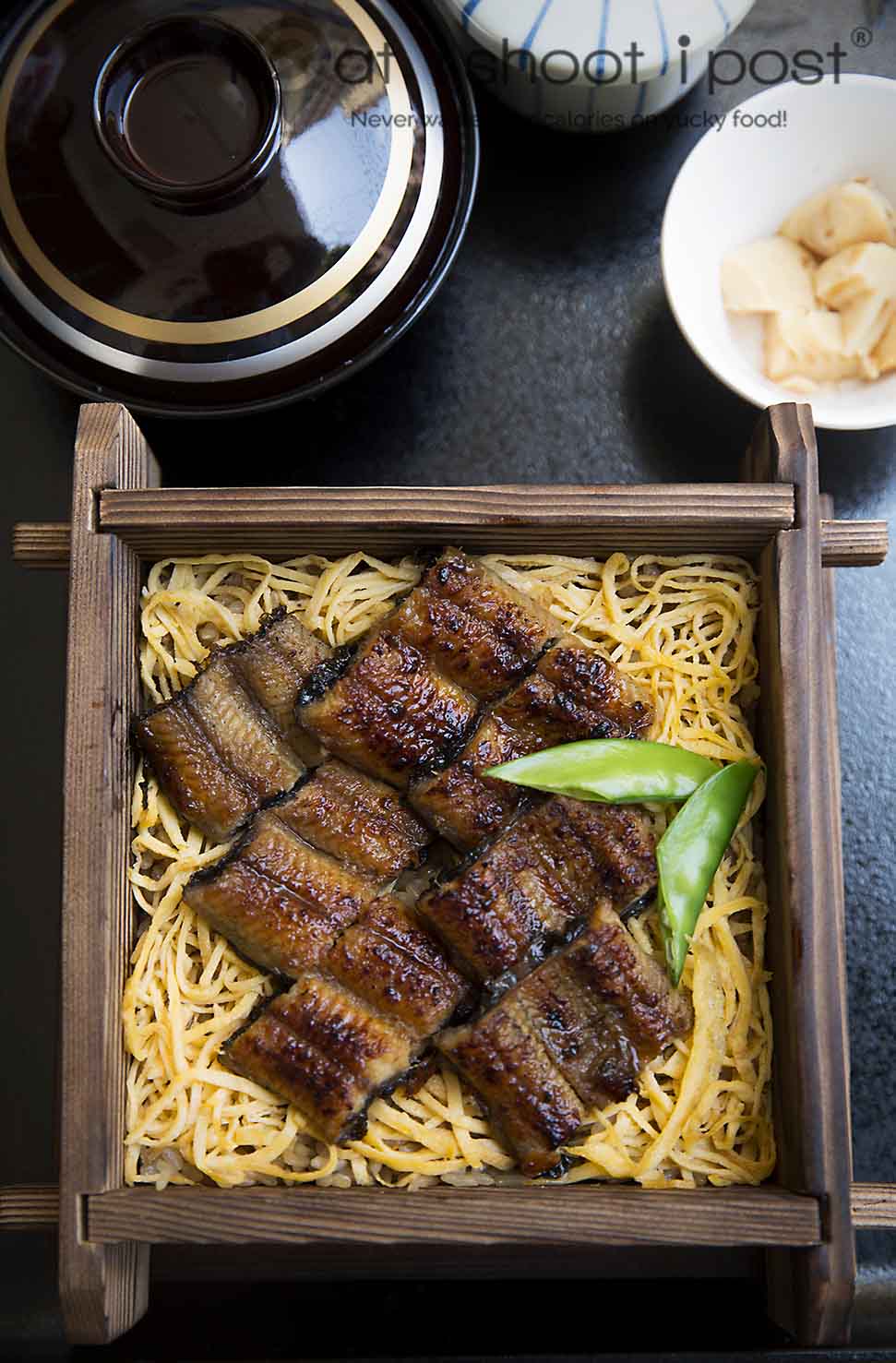 For the Singapore restaurant, they are also offering two other styles of unagi don.  One is the seiro mushi which is the style originating from Yanagawa, Fukuoka.  Here, the grilled unagi is placed on top of rice which has already been flavoured with unagi sauce and shredded eggs before it is steamed for a further 5 mins. 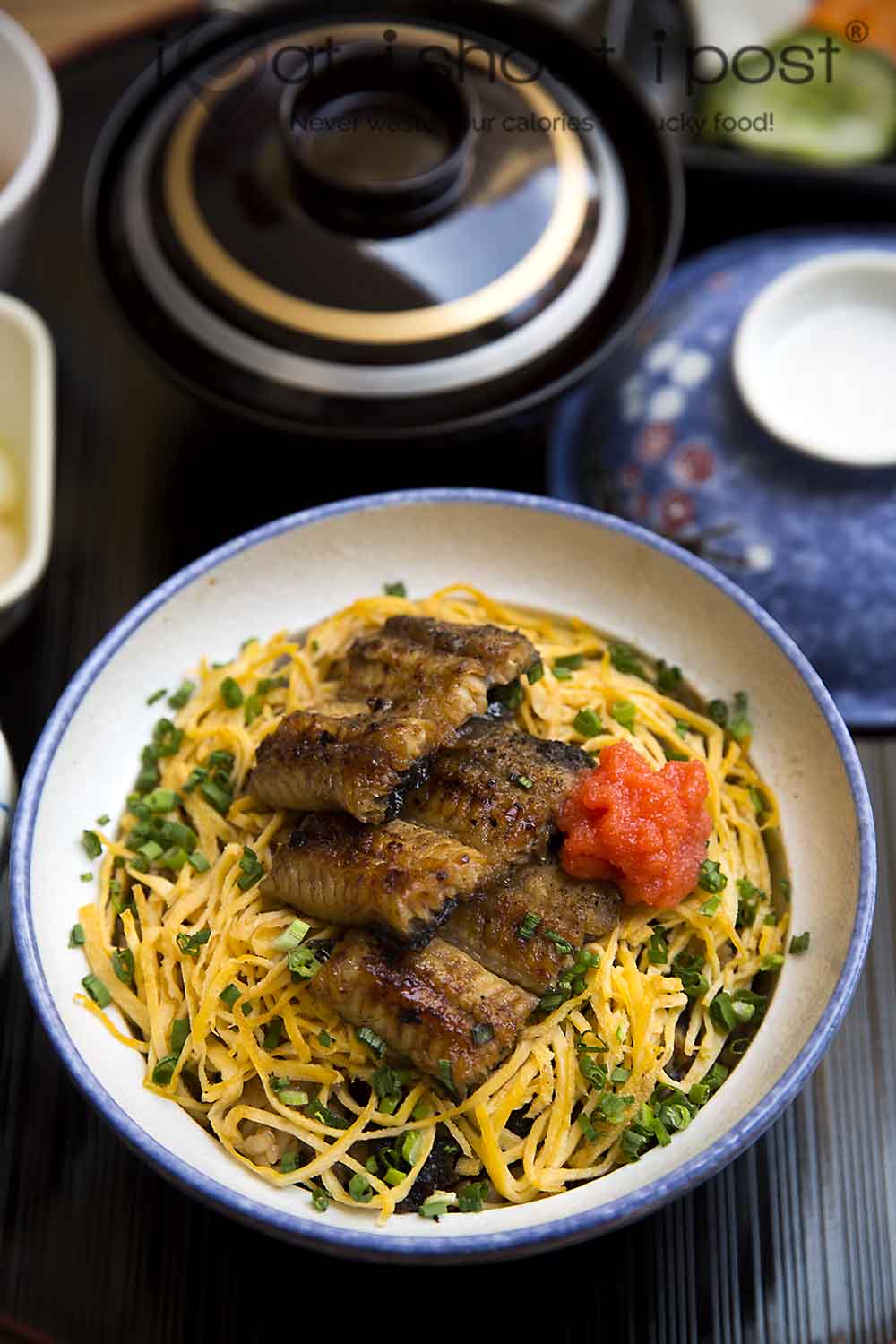 The other style is mamushi donburi where the eels is similarly placed atop rice that has been flavoured with unagi sauce and shredded eggs.  Before eating, you are to mix in an onsen egg, mentaiko and grated yamaimo.

Personally, I still prefer hitsumabushi as my favourite way of eating it is to mix it with wasabi, nori and negi, plus extra sauce.  The the premixed rice in both the mamushi donburi and seiro mushi was just too dry for me. 4/5

Competition is good!  Now we have yet another place to enjoy unagi in Singapore!

Update 6 June 2018
They now accept reservations, so you don’t have to suffer the long queues!

Wow! Love your review! Must try when we are in Singapore again!

Thanks for your little note! 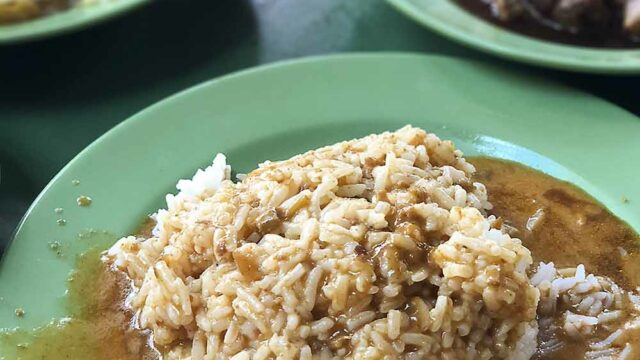 THE MUST TRY LIST
China Street Hainanese Curry Rice: Food for the Soul!