Are you still buying white bread or have you already switched to healthier whole grain?

I am sure you have noticed that bread section of the supermarket shelves have been markedly transformed compared to a decade ago.  Nowadays there are much more choices of wholegrain breads and I am sure more families are consuming wholegrain bread today then they were years ago.

Wholegrain is healthier.  It has more fibre, vitamins and minerals and can help to better control blood glucose levels. With the incidence of diabetes on the rise, it really is a good idea to include more wholegrain food into our diet and to exercise regularly to prevent its onset.

Now that wholegrain breads are widely accepted, the focus has switched to wholegrain noodles and rice.  In December last year, the HPB announced that it has set the target of making wholegrain noodles more widely available.  To do this, it has set up a S$20 million Healthier Ingredient Development Scheme (HIDS) to support food manufacturers in R&D to develop wholegrain alternatives to traditional staples. 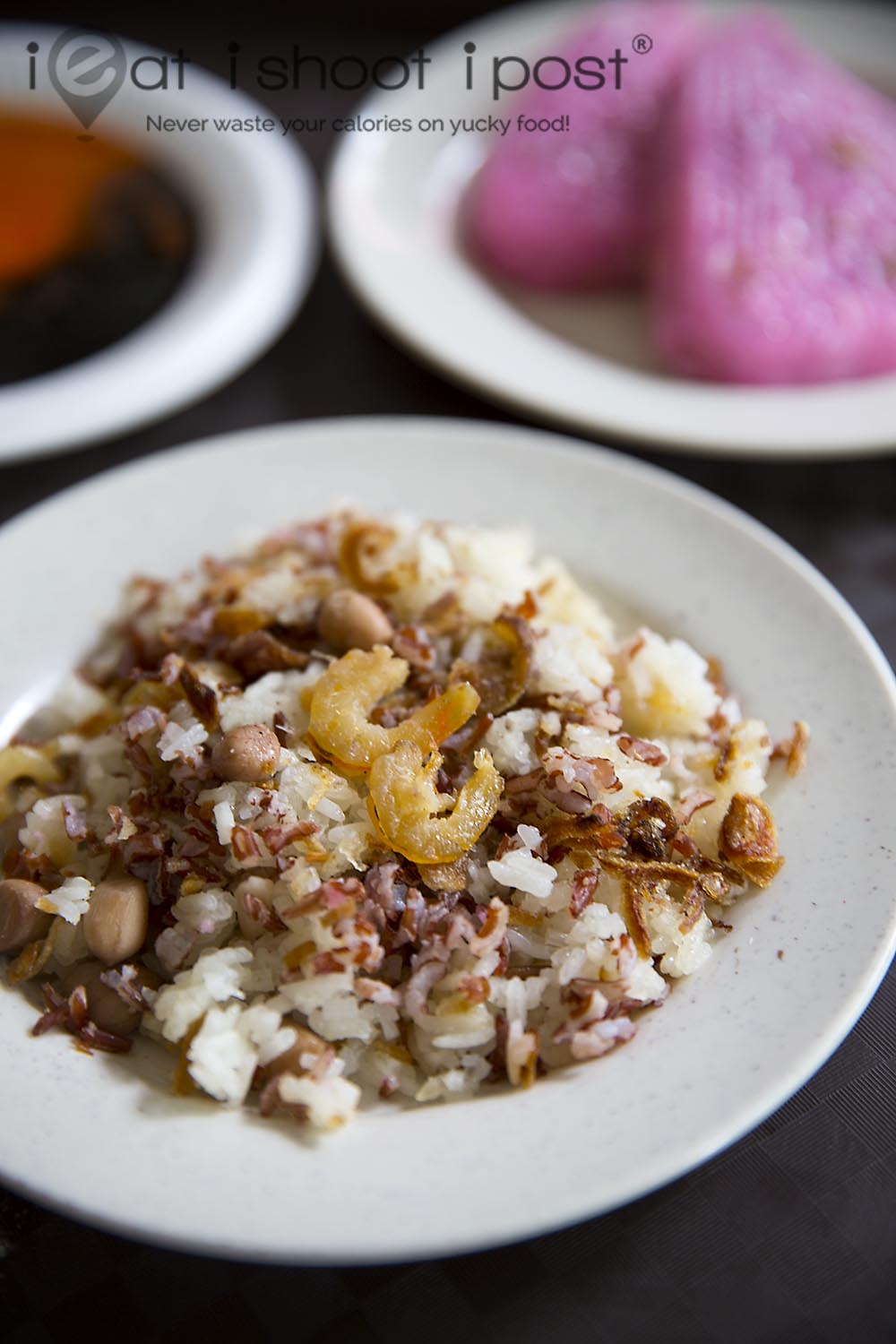 Making wholegrain noodles is not as straightforward as simply replacing plain flour with whole wheat flour.  There is fibre and lipids (oil) in whole wheat flour that will affect gluten formation and so it is not easy to get the same flavour and texture as the noodles that we have all grown accustomed to.

I have tried cooking with wholegrain noodles before and some are actually quite good.  There are, of course, differences in the texture and taste of the noodles but it isn’t bad, it’s just different and so it is just a matter of coming up with the right recipe in order to bring out the best in the noodles.

In case you don’t cook at home, there is now a drive to get more hawkers to offer wholegrain alternatives at their stalls so that you can have the option of choosing wholegrain noodles when you visit the hawker centre.  In the month of April, the spotlight is on Tiong Bahru Food Centre where many stalls will be providing wholegrain options for the whole month.  In the coming months other hawker centres will also join the campaign so you will have the chance to sample the wholegrain noodles. 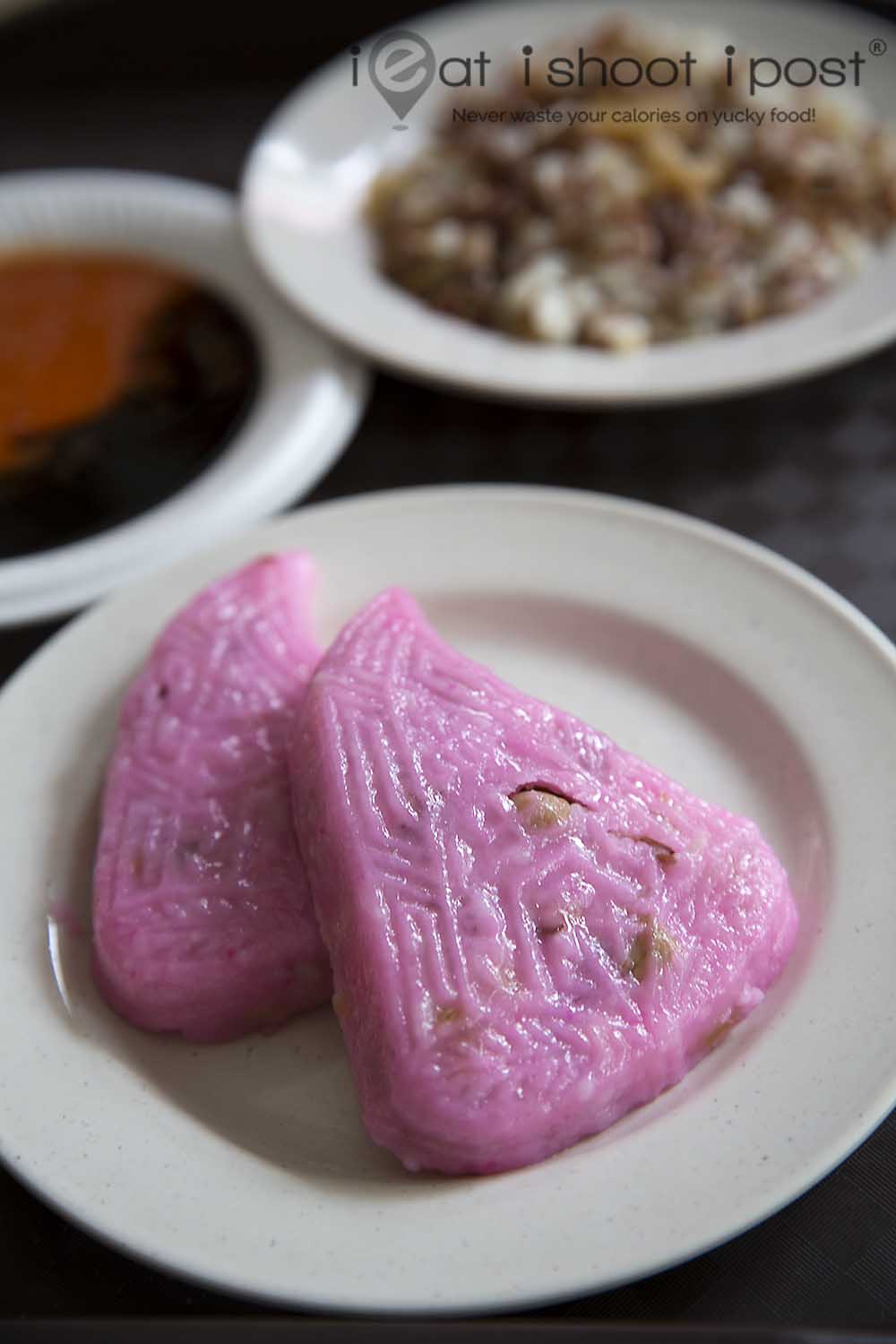 Some hawkers have really embraced the healthier option and are putting a lot effort into making healthier dishes.  I was particularly impressed with a png kueh which was made using brown rice flour for the skin.  The texture of the skin might be a little less chewy than traditional png kueh skin but taste wise you really can’t tell the difference.  In order to get the texture right, the stall owner had to work with the rice supplier to wet mill the brown rice to produce the dough!  Instead of a pure glutinous rice filling, red cargo rice is also added for extra fibre.  The nutty flavor actually complements the peanuts quite well.  They also offer a version where the brown rice skin is made without the red colouring. 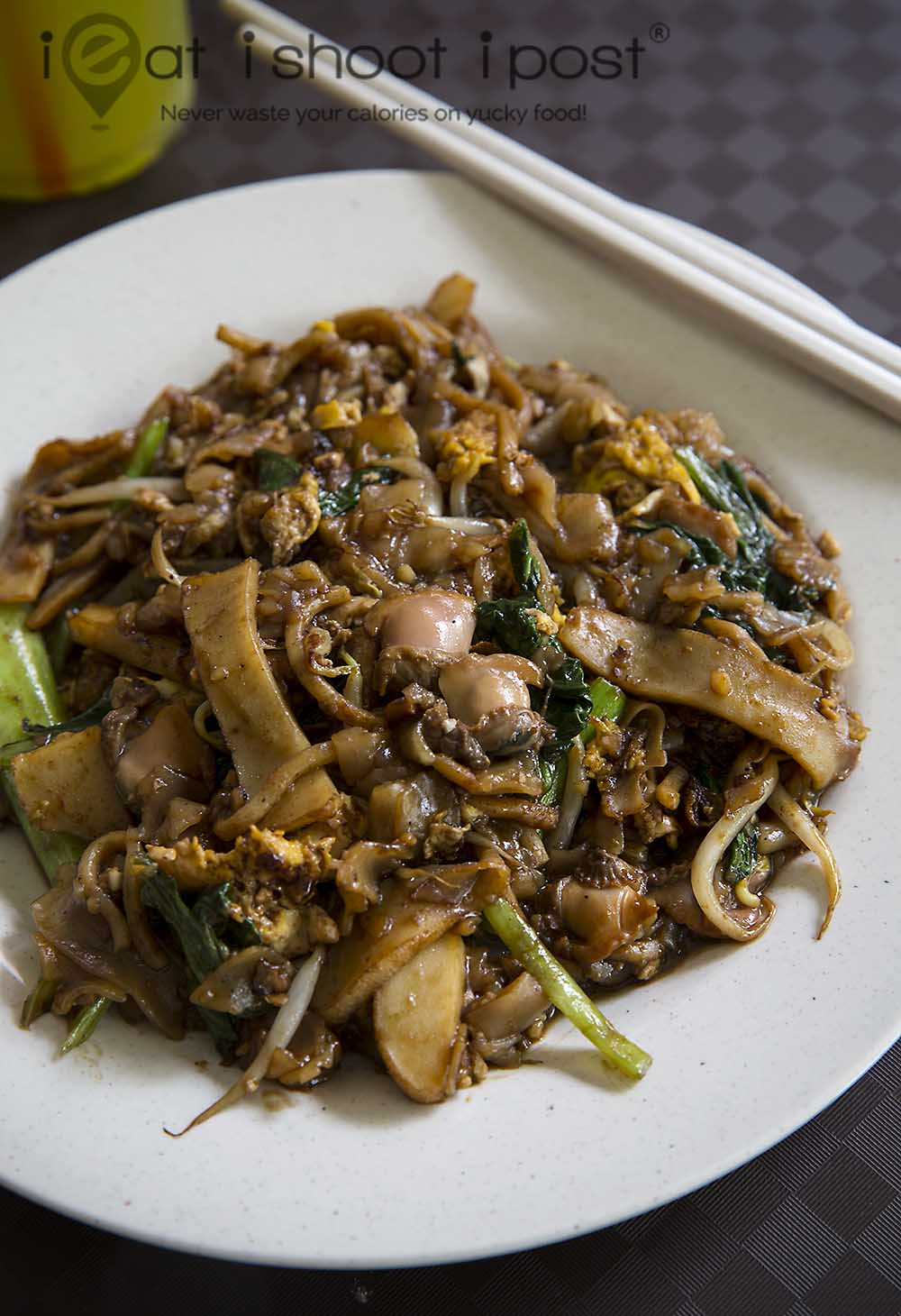 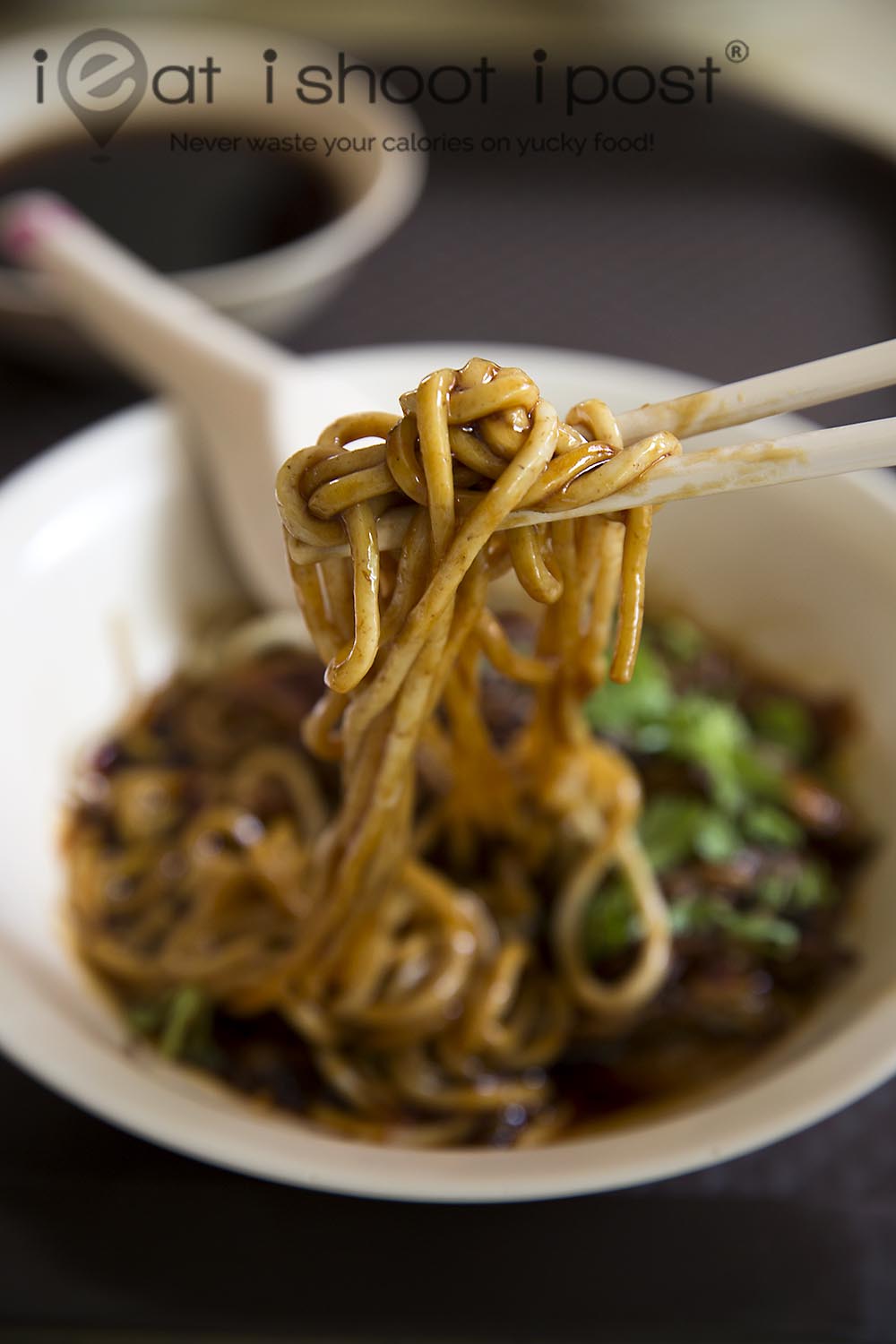 The wholewheat (Hokkien) noodles actually have a very good bite and reminded me of the style of noodles they use in yakisoba.  I tried it in braised duck noodle and it was delicious.  It does have that rustic brown rice aroma which you might need to get used to but the strong braised duck sauce helped to mask the flavour. 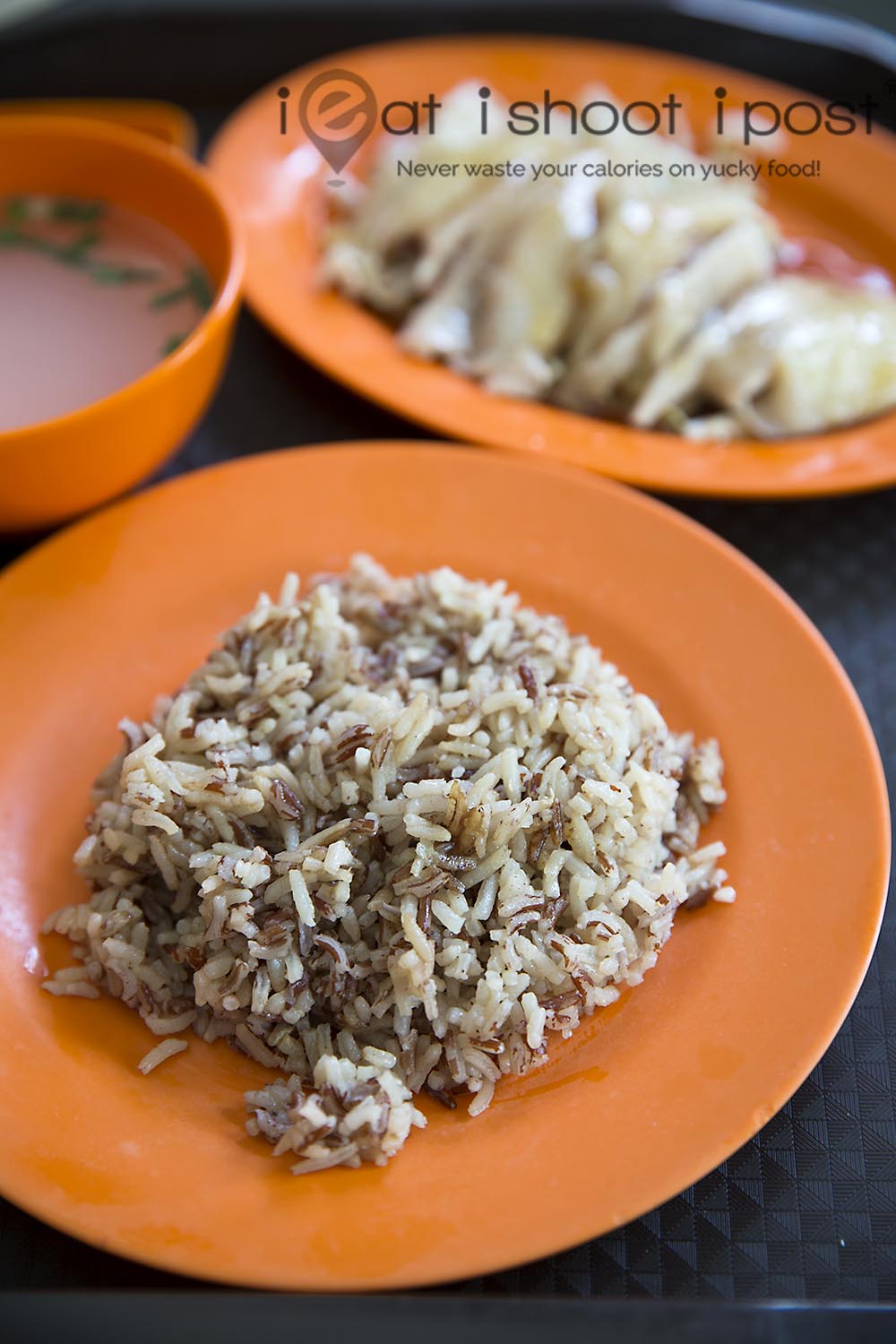 There was one stall which made chicken rice using cargo red rice.  I initially felt that the rice lacked flavour, but when I spoke to the stall owner, he said he had deliberately made the rice less salty and oily since it was supposed to be a healthier version.  Currently, less than 10% of his customers actually choose the whole grain version.  I wonder if there would be more people opting for it if he made it as tasty as the normal version? Unlike the Hokkien noodles in the char kway teow, the use of wholewheat mee pok really changed the character of the dish.  The whole wheat version doesn’t have the the same al dente bite as the normal mee pok we are used to.  It actually isn’t bad if you know what to expect.  The noodles are more tender and doesn’t have a heavy “kee” flavour so it tastes more like a la mian.

The stall owner tells me that she does have a growing number of customers who are choosing wholewheat mee pok because of the lack of “kee” flavour.  This again underscores the need for us to change our expectations when we make the switch to wholegrain.  We really can’t expect it to taste exactly like the traditional version.  It may, in same cases, actually taste better!  As with any ingredient, it really comes down to the cook’s ability to handle it and to come up with something that is delicious.

Our local noodle manufacturers are doing a great job at creating healthier wholegrain alternatives to traditional noodles.  The push to get Singaporeans to eat healthier will see more of these wholegrain alternatives at our hawker centres.  I am not saying we should get rid of our traditional noodles, I don’t think that will ever happen.  But, if you eat frequently at the hawker centre, you now have the option of replacing some meals with a healthier wholegrain version!  So, be on the look out for the wholegrain option sticker the next time you eat at the hawker centre and do give it a try!

This post is sponsored by the Health Promotion Board. 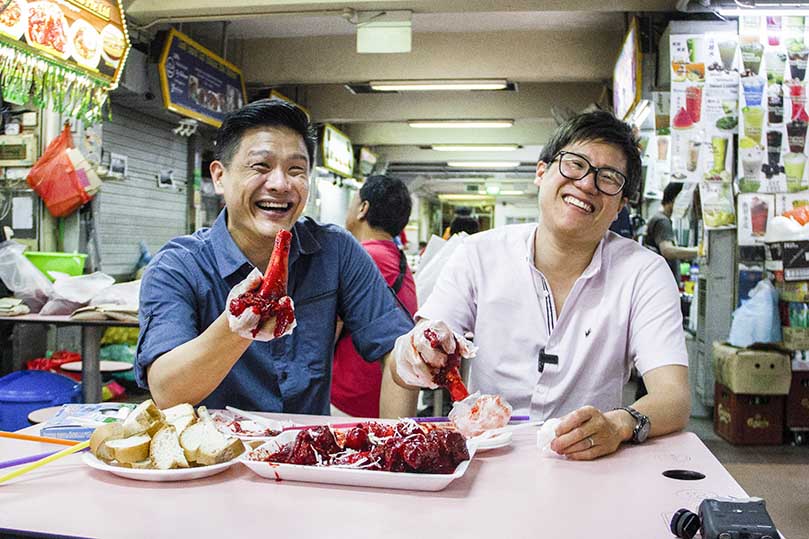 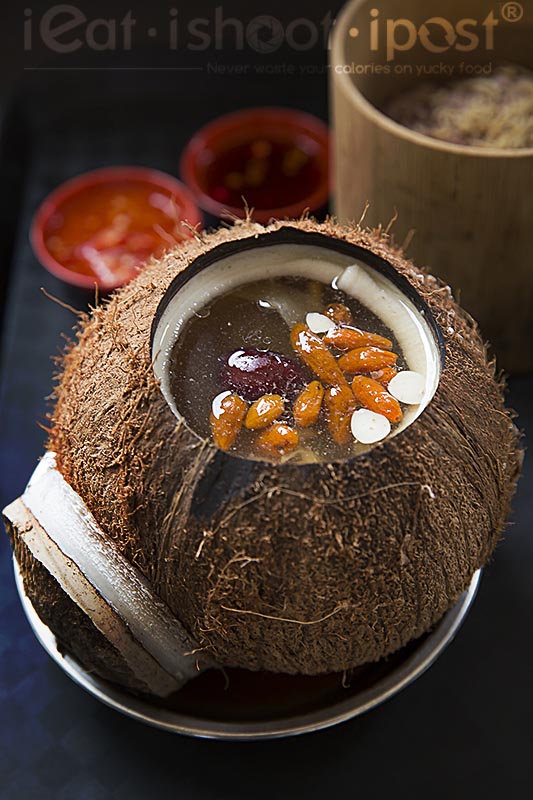 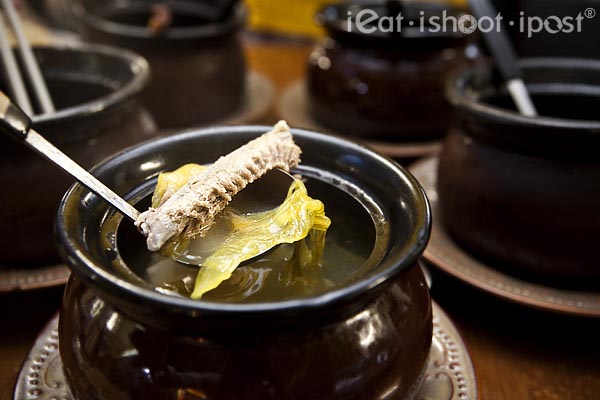 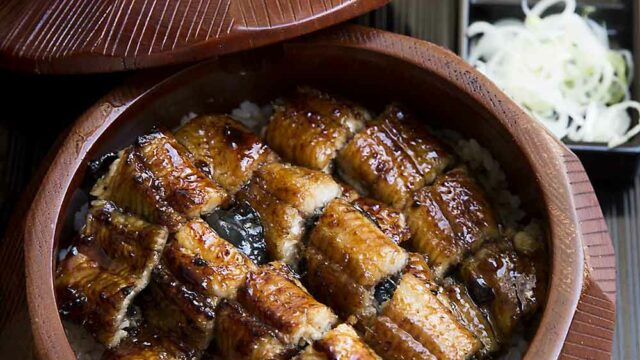