I am sure most Singaporeans will be familiar with the Yaowarat district in Bangkok.   It is popularly known as the Chinatown of Bangkok and it is where you go for Thai-Chinese food.  I haven’t really explored the food at Yaowarat much even when I was living in Bangkok in the early 2000’s.  The place is a traffic nightmare and I remembered it for its numerous shark’s fins restaurants! However, our protagonist today, Mr David Ang knows the food scene there very well.  He loved it so much that he named his restaurant after it.  The ex-banker left his comfortable cuff links two years ago to sweat it out in the kitchen in pursuit of his calling.   In the early days, he was actually doing all the cooking but has since left the cooking to his head chef.

The ability of the owner to cook is an important  factor in the overall quality of the food.  I have met many restaurant owners who don’t cook themselves and when there is a change of chefs, the restaurant might go from hero to zero overnight!  So while the head chef is still in charge of the cooking, the taste and quality of the food is still very much under the control of David.

The tom yum crab was delicious but some of our kakis commented that it was a little on the sweet side.  The sweetness suited me fine, but I am not so sure that it was the best way to eat crabs as the soup didn’t quite cling to the shells like the sauce in a chilli or pepper crab.  4/5

They also do a grilled seafood platter which is very good. The seafood will nicely grilled over lava rocks such that it is charred on the outside but still juicy inside.  It is served with a Thai style green chilli dip.  4.25/5

Their deep fried dishes are very good.  I especially like the garlic pork which was very well marinated.  The secret is that they actually use the small Thai garlic to marinate the pork which gives it that extra ooomph. 4.5/5

The other dish which our kakis liked was the crispy fried chicken.  This is a chicken which has been deboned and flattened, dried and then fried on a bamboo mesh until the skin is super crisp.  It certainly is something you don’t see at your average zi char place.  I like the crispy skin but would prefer the meat to be a little thicker and juicier. 4/5

The kum heong lala is a dish which I will order again.  The sauce is very good and full of dried shrimps.  Goes really well with rice. 4.5/5

On the other hand, the Thai lime steam steabass is not something I would order again.  Firstly, I have never really enjoyed this style of steaming fish and secondly, the sauce really wasn’t compelling.  The kakis were unanimous on this. 3.5/5

Nice comfortable place for a zi char style dinner with a few
Thai style dishes which gives a different menu from your usual zi char dishes. Advertorials
AIA Vitality Cookout Showdown: Healthier recipes for a healthier you!
Next 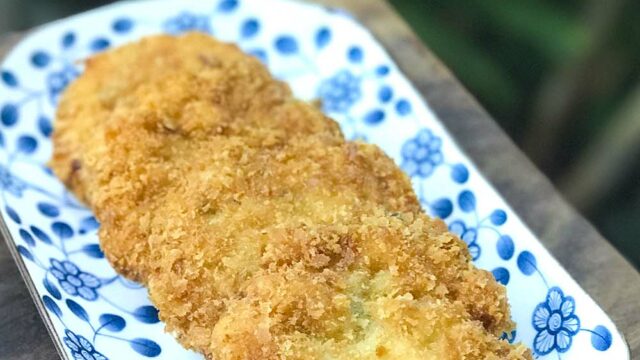