I am sure most of our readers would have heard about Ka Soh and many would have eaten their famous Fish Head bee hoon soup and har cheong gai.

Ok, I know it is hard to believe, but you know, I started blogging about Singapore food in 2006 because when I was a kid, I ate mostly at home as my father wasn’t much of a foodie.  So he seldom brought us to all the famous places to eat in Singapore.  That was why I felt that I had to start on my gastronomic pilgrimage to discover Singapore food.  That is a shame because I missed out on all the flavours that the older Singaporeans are always raving about.

The reason it took me so long to get to Ka Soh was because I heard mixed reviews about it.  Some people say it is really good and they have been eating there for years, while others say that their standards have dropped a lot.  So, since my motto was never to waste my calories on yucky food, it remained low on my priority list.

But I happened to meet a new makan kaki who swore by the har cheong gai and fish head soup at Ka Soh which became the impetus to organize a makan session there.

The first thing you should know about Ka Soh is that “Ka Soh” means daughter-in-law in Cantonese and the restaurant is called Ka Soh because of a certain waitress by the name of Madam Choo Yoon Seam who had worked there for over 40 years before she retired in 2004.  The restaurant was owned by the late Mr Tang Swee Kee which was why the proper name of the restaurant was “Swee Kee Eating House” when it was located at Chin Chew street in the 1960’s.  Mdm Choo was roped in to help in the restaurant by her mother-in-law who also worked at the restaurant as a waitress.

There  are mixed reports about the personality of this enigmatic lady.  Some said she was the most efficient and caring waitress who would go out of her way to make her customers comfortable while others liken her caustic demeanour to that of the Empress Dowager. I have no doubt that she must have had quite a commanding voice and a no-nonsense attitude since she had to manage a crowd who sometimes had to wait for 2 hours to eat at the restaurant!

Now, to all the detractors who commented that the fish head bee hoon soup was much better in the past, you are 100% correct.  I say that not because I have eaten it in the past but for the fact that they don’t have access to the same ingredients as they had in the past.

The key ingredient in this dish is the giant snakehead which is known locally as ikan toman or loi her (channa micropeltes).  This fish is quite amazing.  It has the ability to breath air because of primitive lungs behind its gills.  It is able to crawl from one pool of water to another during dry spells and live in stagnant water which has little oxygen. Because of the robust nature of the fish, the Chinese believe that the fish has healing qualities and it is often used as confinement food to aid in healing of wounds.  However, it has to be taken a few days after the injury because if taken too early, it might result in the formation of keloids.  The healing properties of this fish is still being studied but there is some scientific evidence that indicate that eating the fish aids in wound healing due to its high levels of arachidonic acid, glycine and polyunsaturated fatty acids.  Looks like grandma could have been right all along!

Back in its heydays, wild ikan toman was widely available. Nowadays, the restaurant only has access to the farmed version which is less tasty than the wild caught one.  However, as far as fish head bee hoon soup goes, this place is as authentic as it gets.

The traditional way to make fish head bee hoon is to deep fry the fish bones and then cook it in a rolling boil for hours.  The oils and fats in the fish are extracted and the furious boil mixes the oil and water together to form a creamy emulsion.  Nowadays, many stalls use the short cut of adding evaporated milk into the soup to give it that creamy mouth feel.

Ka Soh still does this the traditional way.  They start with a base stock which has been put on a rolling boil for a few hours to form the soup base.  Then it goes through another boil with more fish bones when the orders come in.  This results in a robust, milky broth without the addition of evaporated milk.  It is certainly one of the best I have tried and I can only wonder what it was like years ago when they still had access to wild caught snakehead.  4.25/5

The other dish that is worth recommending is the har cheong gai. The har cheong flavour was evident and the wings where fried till super crisp on the outside.   Again, the owner tells me that the AVA has been very strict on the importation of prawn paste from Hong Kong and they are unable to procure the ones which they had been using in the past because they could not pass AVA requirements. Hence, if you have had the dish years ago, you might say that it was not as good as it was.  But as it is, it is still one of the best ones around. 4.25/5

The other signature dish is the pork chops which are a little different from what you usually get at other eateries.  Here, they actually use “pork chops” ie the pork loin with the rib bone still attached.  Most other places would use cheaper cuts which is marinated and tenderised such that you can’t really tell where the meat has come from.  The marinade is slightly sweet and the pork chops are simply deep fried and served without a sauce.  The taste is certainly quite unique and this is the only place which I have come across pork chops done this way. 4/5

The rest of the dishes were good but not outstanding.  The crab meat tofu was good but I felt that you are just paying extra just because of the crab meat.  I would have been just as happy with the same tofu in a claypot sans the crabmeat and hefty price tag.  4/5.  I wasn’t overly impressed with the bittergourd pork ribs either.  It was good but not something that you would go all the way there to eat. However, they do have many fans who would swear by their version of the dish. 4/5.

Although it is not as popular as it was in it’s heydays, Swee Kee Fish Head Noodle House is one of those restaurants that has withstood the passage of time.  Their fish head bee hoon soup is still done the traditional way and is one of the best I have come across, as is their har cheong gai.  They have many die hard fans but also quite a few who have felt their quality was better in the past.  This is unfortunately quite inevitable because of lack of access to the produce and ingredients which they used to have in the past. 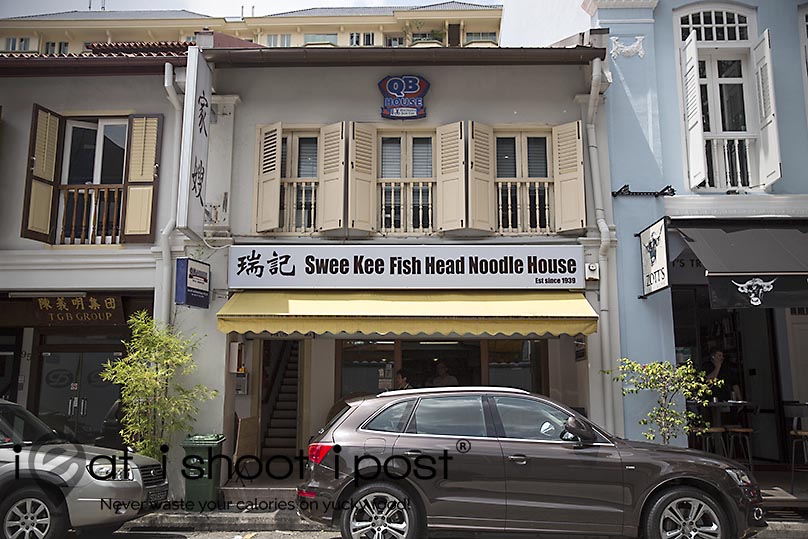 My family were regulars for years, putting up with the stale kitchen smell in the air and perpetually greasy floors, until we found a huge 4-inch Centipede stir fried among the KangKong. It was removed from the bill reluctantly, but we were told that small worms are unavoidable because these are fresh veges. My wife reminded them that this was a huge juicy Centipede. Anyway, when did small worms become normal in any dish? We’ll stay away from this place!

0
Reply
Pioneer Fish Head Soup Eatery On Amoy St To Close, Monthly Losses Due To Covid-19 Too Much To Bear - TinySG

[…] “Ka soh” is “daughter-in-law” in Cantonese, and it refers to a long-serving waitress who worked there for over 40 years, according to ieatishootipost.sg. […] 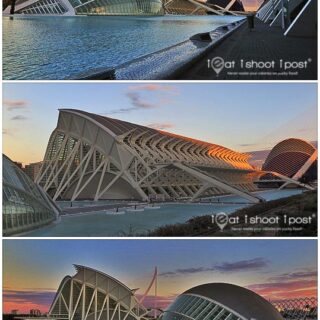 Travelogs
Best Eats in Valencia
Next 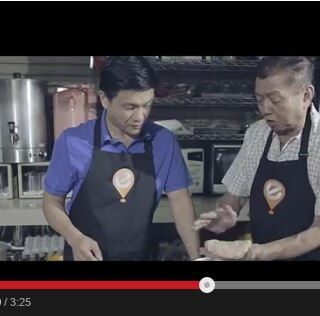