What sets Putien apart from many other Chinese restaurants is its focus on bringing in seasonal produce from the Putian region in Fujian province. We have featured their live eels previously and now we shine the spotlight on the Duotou clams (Chinese razor clams, sinonovacula constricta) which come into season between April to July.

This delectable shellfish hail from the village of Duotou in Putian which has the reputation of producing some of the best-tasting clams in the world. The farming of the clams in the nutrient-rich mudflats of Duotou village has been passed down from one generation to the next for the last 600 years!

These yummy shellfish start as seedlings the size of a rice grain.  Seeding starts in winter and in 6 months, they grow to 6cm long. They are then harvested manually to avoid damaging the environment. Harvesters have the onerous task of plunging their arms deep into the mud to extract each of these succulent clams.

As Fresh As It Gets

The clams are flown to Singapore within 3 days of harvesting. They are packed in boxes live and encased in mud. To get them ready for the table, the chefs have to wash off the mud and then sprinkle salt over them to get them to spit the excess mud.

Putien has been offering these clams for 5 years and each year, they will add a new dish on the menu.  Diners have 9 dishes to choose from and the price ranges from $22.80 to $28.80.  They currently have a special combo price of $43.80 for any 2 dishes, which works out to be almost a 20% discount!

Here is a rundown of the nine dishes that we tried so you can decide which ones to choose.

The chefs at Putien will create a new dish to herald the start of the annual clam season.  This year, they have come up with a spicy dish using specially imported Hunan chilies and Sichuan peppercorns. The Hunan chilies are chosen for their aroma while being low on the scoville scale (mildly spicy) The result is a very tasty dish with a bit of kick that will have you going back for more! This is one of Leslie’s pick.

One of the more popular dishes is the Duotou Clams steeped in Icy Lees. The clams are served cold but don’t expect to see any ice. The Icy lees are simply the leftover grains after the wine has been decanted. The alcohol level is quite low so you don’t have to worry about driving home. The dish is very light and refreshing and probably the best way to enjoy the natural flavour of the juicy clams, a bit like having it “sashimi-style”. This is both Leslie’s and Lisa’s pick.

Another of Lisa’s pick is the Putian Farmhouse Clam Soup which is made of simple ingredients and tastes like something grandma would have cooked at home. You can just imagine the soup being made with vegetables harvested from the garden as they return from the mudflats with the day’s catch!

The Salt-Baked Duotou Clam served on a bed of sizzling hot rock salt has been the most popular dish since Duotou clams appeared on the menu.  It’s no surprise as the aroma of the sea salt and sichuan peppercorns evoke memories of the sun, the sea, and the succulence of the shellfish!

Red Mushrooms are also seasonal produce during this time of the year.  These iron-rich wild mushrooms grow in the forests of the Putian mountains and have to be harvested by hand.  This dish is cooked at the table so you get to see the natural red dye from the mushroom permeating through the soup as the clams plump up. Although the color is quite intense, the flavor of the mushroom is quite mild resulting in a visually appealing soup.

The Steamed Duotou Clams with Minced Garlic is lovely as you would expect fresh seafood steamed in aromatic garlic and fragrant soy sauce to be.  No surprises here, the tried and true Cantonese recipe does wonders for any type of seafood!

From Coffeeshop to One Michelin Star Restaurant

Believe it or not, Putien is a Singapore brand. It started in a lone shophouse along Kitchener Road in 2000 where its founder, Mr Fong Chi Chung showcased dishes from his hometown. It has since grown into a popular chain restaurant with outlets in Singapore, Malaysia, the region and even in China!

Leslie has been following their growth since 2006 when he first wrote about this interesting restaurant at Kitchener Road before publishing another post in 2010/2016 and covering them again in 2019 and 2021 featuring their eel season.

It is nice to know that the original restaurant at Kitchener Road has received a Michelin Star for 5 years since 2016. It is a testament to their effort to present authentic, down-to-earth yet flavourful dishes with fresh ingredients from Putian.

The Duotou Clam season runs up to July and is available at all Putien’s 18 outlets across Singapore.

Disclosure: this is written in collaboration with Putien 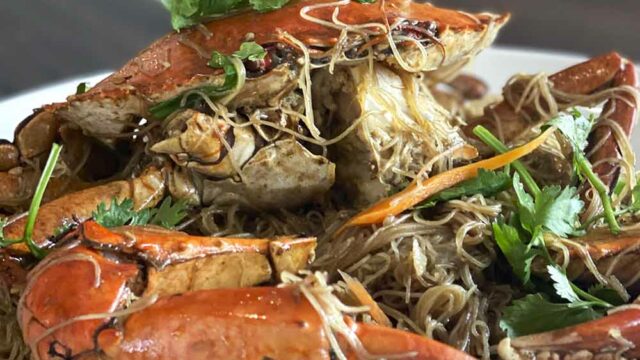 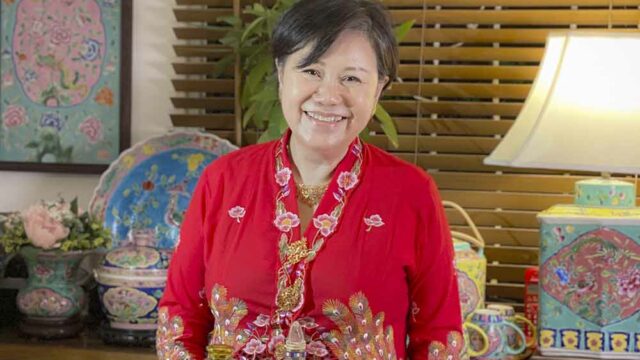