I first met Kenjiro “Hatch” Hashida back in 2013 when he had just opened Hashida Sushi at level two of the Mandarin Gallery.  I was at once smitten by his vintage anago tsume (sauce) which has an unbroken lineage of over 135 years! When he left Tokyo to open the first overseas branch of his father’s restaurant in Singapore,  the sauce was given to him as a blessing and as well as a reminder of his responsibility to the generations of Sushi Masters who had gone before him.  It is good to see that over the last three years, he has firmly established himself as one of the top premium sushi restaurants here.

Hatch had always had an artistic streak about him and he felt that the visual appeal of the dish was as important as the quality of the ingredients.  His father on the other hand was more pragmatic and always wanted to keep it simple.  This clash of culinary philosophy has always been a source of contention between father and son but as a dutiful son, Hatch had always submitted to his father’s style.

The decision to launch a new restaurant in Singapore opened new horizons for Hatch who is now able to express his love for art through his food.  However, he assures me that the essence of the dishes themselves still very much reflect the legacy handed down by his father and if I were to eat at Hashida in Tokyo, I would be very familiar with the flavours.

Unfortunately, I will never have the chance to try his father’s sushi as the elder Hashida retired earlier this year and closed his restaurant permanently.  The burden of preserving Hashida’s sushi legacy now lies squarely Hatch’s shoulders.

This background knowledge is important when dining at Hashida Sushi.  Connoisseurs of traditional sushi may consider his artistic flair a little too modern for a sushi restaurant.  But if food is an art form, then the chef should be able to freely express himself. 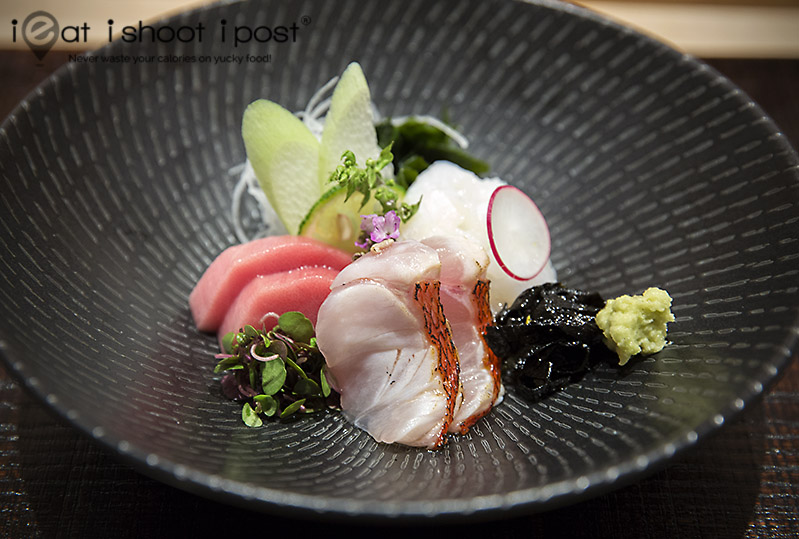 The quality of the produce is top notch, as one would expect of a sushi restaurant of this calibre.  In order to maintain this quality, Chef travels to Japan every month to meet his suppliers.  This relationship with suppliers is of paramount importance in the sushi trade as it is the suppliers who decide who gets the best pick of the seafood.  This is even more pertinent as the seafood has to be air flown to Singapore.  In Japan, if the chef feels the quality of the fish is not up to the cut, he could just run over to the market to get it changed. Over here, if the tuna is no good, it gets turned into cat food and chef will have to tell customers that there is no otoro for the day!

Our dinner omakase started with an amuse bouche of kuruma ebi with seasonal vegetables topped with something which I assumed was caviar.  I was told later that it was a vegetable caviar known in Japan as tonburi which is made from the seeds of the Bassia scoparia plant,  whose stems are used in Japan to make household brooms!  The “caviar” was salty and full of umami but beluga it was not.  Still it was interesting to be introduced to new ingredients which is what you would expect of a fine dining establishment.

The highlight of the series of hot and cold dishes that followed was a piece of delectable monkfish liver set atop a nugget of steamed ebi imo (baby yam) that accompanied a beautifully presented awabi (abalone) which has been steamed till its wonderfully tender.  The monkfish liver was excellent, probably the best I have come across.

The final dish before the sushi course proper was a delicious maguro tzuke which was marinated in a sauce that has been aged for three years.  Before the advent of refrigeration technology, this was the most popular way to eat tuna as the marinade helps to keep the fish from going bad. Hatch ages his marinade for three years to develop a mellow umami rich flavour which only time can produce. 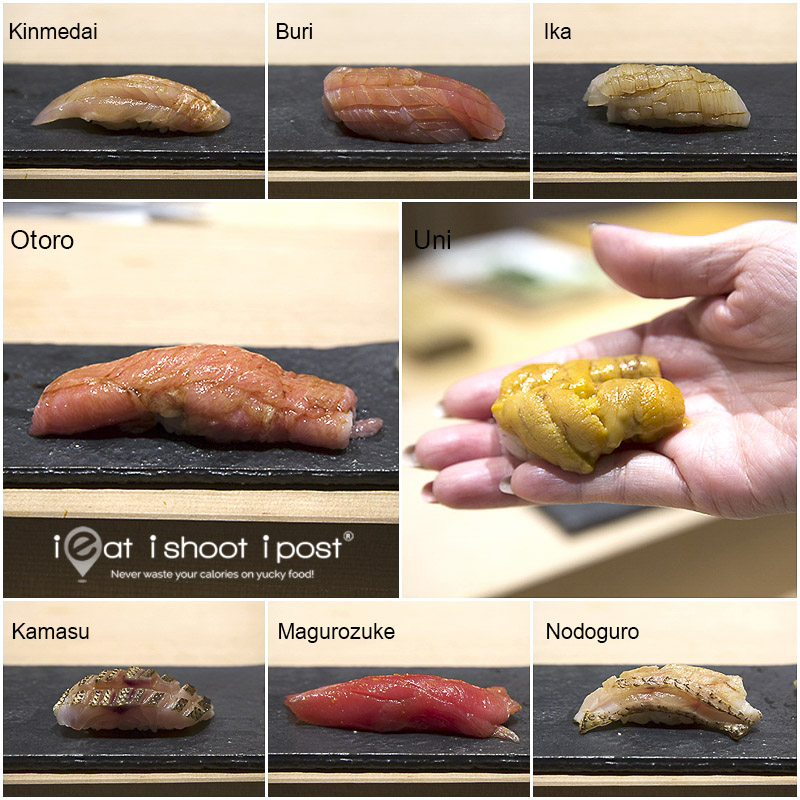 By the time we started the sushi course, we were already quite full.  Thankfully, Hatch’s nugget’s of rice were quite petite such that we were just comfortably full by the time we got to the last piece of sushi.

The highlight of the sushi course was undoubtedly his otoro sushi. Earlier in the meal, the big slab of tuna belly had already been brought out to serve the other guests, so we were waiting in anticipation for our turn!

Traditionally, the otoro is sliced such that the sinews run diagonally across the width of the neta.  These sinews do sometimes require a bit of chewing which disrupts the whole experience of having the fats simply melt in the mouth.  By slicing the otoro thinly across the grain and folding it into many layers, Chef transformed the already sublime otoro into sweet ecstasy.  Not only that, the piece of otoro sushi is at least twice the size of the other sushi as chef wants the palate to be overwhelmed with its oleaginous omega goodness. Otoro sushi can’t possibly get better than this.

The new restaurant which is now located at the fourth level of Mandarin Gallery now features three separate dining room  each offering a intimate setting where patrons can interact with the itamae. The smallest room can seat 7 pax which is perfect for a family meal or a private meeting. The other two rooms can accommodate 15 pax each.

Impeccable sushi with the artistic touch of Hatch.  The otoro sushi is designed to overwhelm the senses!

This was a media tasting.  That means that the meal was provided with no obligation to write.  No fees were charged for this review. 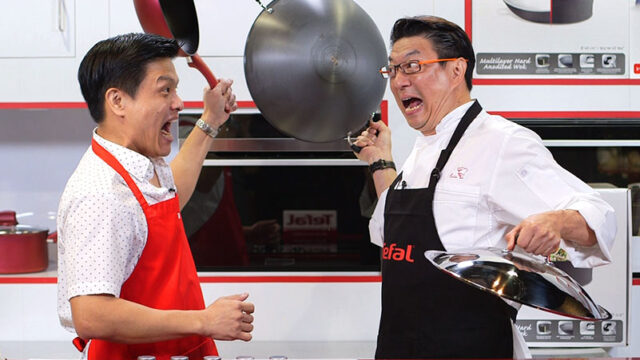 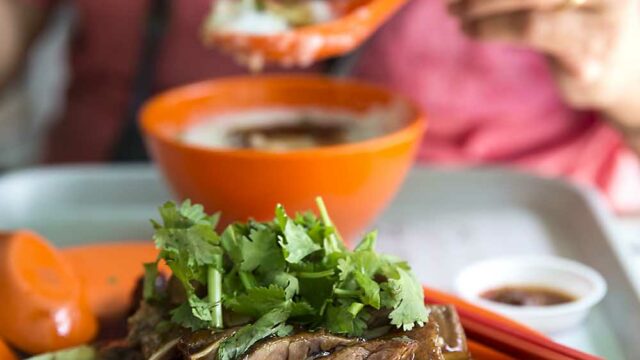