Goducate: Go and Educate the Children! Our community project for 2010 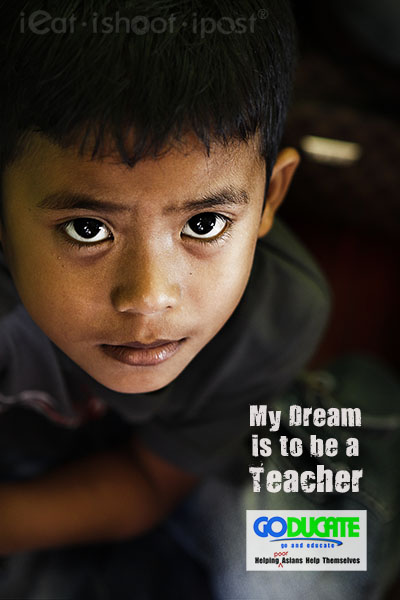 The ieatishootipost community has always tried to support a charity since the blog started in 2006. Everyone has a soft spot for certain communities and mine has always been for kids, and in particular, needy kids in the developing countries around us.

When I was living in Bangkok, I had the opportunity to visit the refugee camps along the Thai-Burmese border as well as some orphanages in Bangkok and ChiangMai. That really changed the way I think about life. We are so blessed in Singapore that we can sometimes be oblivious to what is happening outside our shores. Orphanages are a reality in most countries, but in Singapore, it is actually difficult to find one. This is testament to a good system of governance and something we all should be proud and grateful for.

In Singapore, we often take education for granted. Access to education is the foundation on which any society is built and all it takes is one generation of kids who have been properly educated to transform a whole community. This fact was so evident when Cactuskit and I visited Goducate’s work in Sandakan, Sabah, just before the Chinese New Year.

Photos by ieat and Cactuskit

Sandakan is the second largest city in Sabah (Kota Kinabalu is the largest) and is famous for two things. Firstly, people travel there for its cheap and fresh Seafood (a big incentive for us) and secondly, it is home to a world famous Orang Utan rehabilitation centre. (for people with Orang Utah addiction). What might not be so well known is that in addition to its declared population of around 250,000, there is another community of “stateless” people who have crossed from the Southern Philippines into Sabah to escape the ravages of the Abu Sayaf. This migration had in fact started from the 60’s when they crossed over to Sabah to find work during the Marcos’ era. Now, it is estimated that there are almost 1 million of these illegal immigrants in Sabah.

Over the last 50 years, generations of these Philippino kids have been born and grown up in Sabah. Many of these kids are “stateless” since they are not recognized by both Malaysia nor the Philippines. They aren’t even granted “refugee” status, so at present there are no NGOs there. Most of the men would eventually find work in oil palm plantations and would leave the family for 6 months at a stretch. The women would try to find work as domestic helpers or other menial jobs. The kids do not have access to education and if they try to venture out of the slums into the city, they might get caught and face deportation. So they spend most of their days wondering aimlessly in the kampungs. 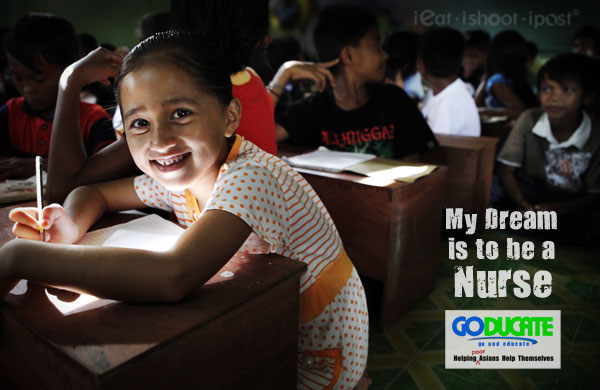 Here is where some of the problems that we face today with terrorism and other vices lie. These kids can either end up being a useful member of society or people who create jobs for the police and anti-terrorism squads. We are told that the Abu Sayyaf would often cross over to Sabah to recruit these kids to join the insurgency. It is a good thing that Sabah does not have a sex industry or the girls would also be dragged into prostitution.

The work of Goducate has already been ongoing for over a year and when we visited the first village, we were amazed at how well organized the village was. What they have done over the year was to start classes in the kampung by training some of the more educated mothers to become teachers. When we entered the kampung, school was in session and we could see hundreds of kids cramped into kampung houses learning to read and write. You can tell from their faces that they were happy to be in school even when conditions are less than ideal. It is as if they knew that learning to read and write would give them a fighting chance to leave the kampung and live as normal citizens. 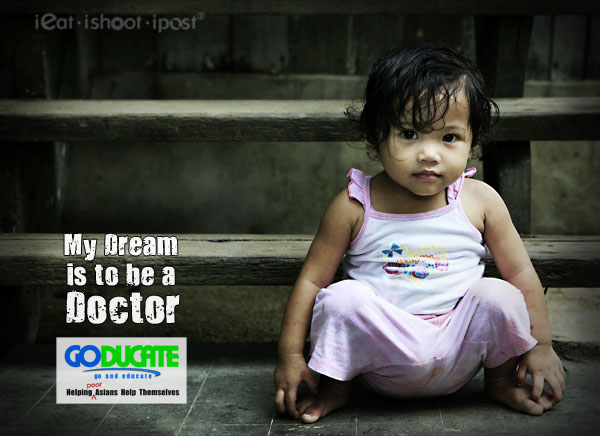 So why do we need to help?

This is perhaps the most fundamental question for all of us. Why care about kids in countries far away? Afterall, we were not responsible for their plight, so why help?

Well, I think the best reason is that by helping them, we help ourselves. Firstly, because I believe that every one of us has been given the ability to show compassion and as we help others, we exercise that ability and in doing so, we realise our humanity. In other words, when we help others we feel a sense of joy and satisfaction which is what makes us human. The second reason is perhaps more practical and is based on the principal that when we help our neighbours, we are actually benefitting ourselves in the long run.

In the US, astute corn farmers with the best crops would often give the seeds of their prized corn to their neighbours. When I first read about this, I felt it was incredulous that these farmers would do such a thing since they are just creating more competition for themselves. However, there is a good reason for this.

The corn in their own corn fields are being cross pollinated by the corn from their neighbours fields. So by making sure that their neighbours have good corn, they are ensuring that their own corn are being pollinated by the same genes. So in the same way, by helping our neighbours, we are in a sense ensuring our own safety and security by ensuring that these kids turn out to be useful citizens rather than potential terrorists. 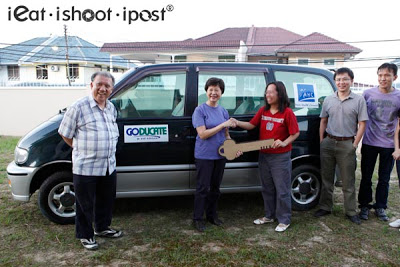 The lady you see in the photo giving the keys to the van is Cecelia Tan who recounted how as a child her parents were too poor to send her to school. She cried and cried until eventually one of her relatives undertook to finance her education. She eventually graduated as a pharmacist and is now the Chairperson of MHC Asia Pte Ltd. It was so apt that she was there to present the keys to a new Goducate van which her company sponsored. 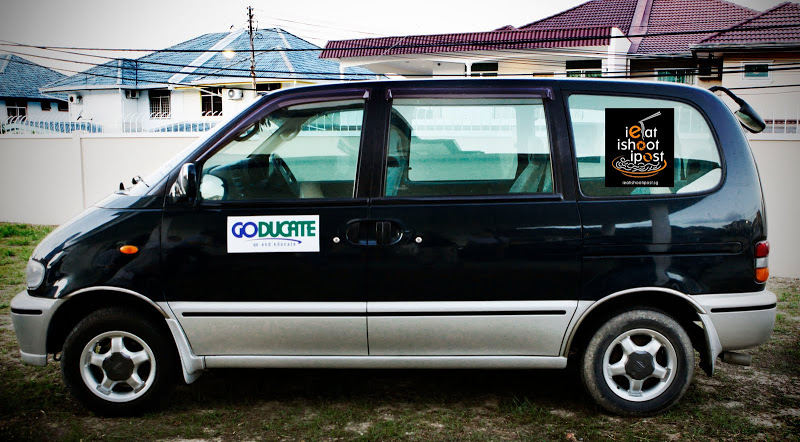 Our Community Project for 2010

I thought one of the things we could do together as a community this year is to raise $20K to sponsor a van. We can do this through many ways. The easiest is for you to make a direct donation to Goducate.org and put it under “ieatishootipost”. This money will then go into the ieat Van fund. We will be also organizing special fund raising makan sessions this year and sell ieat T shirts and the upcoming ieatishootipost book to raise money. We are also planning voluntourism trips to Sandakan this year, so you can also get involved. If you feel that you can contribute by doing a short term teaching stint or providing other forms of support, do let us know. Please write to me at leslie.tay@gmail.com and I will let you know the details of how you can help.

If you would like to find out more about Goducate.org and read other stories of our trip to Sandakan, do log in to their website at www.goducate.org. 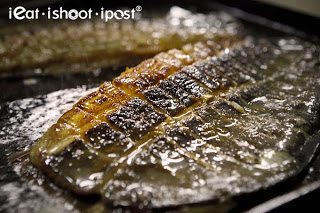 The seafood in Sandakan is cheap and really good! Because Sabah’s population is mainly Hakka and Cantonese people, their cuisine is very much like our own Cze Char but with a few twists. Coupled with really cheap and fresh seafood, Sandakan is poised to be the next seafood destination for Singaporeans when Air Asia introduces their direct flights there soon.

So look out for the upcoming posts on what to eat in Sandakan!

Charities I Support
Do Good
Goducate 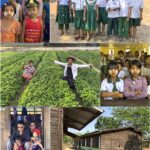 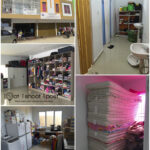 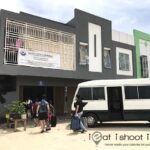 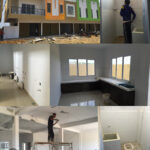 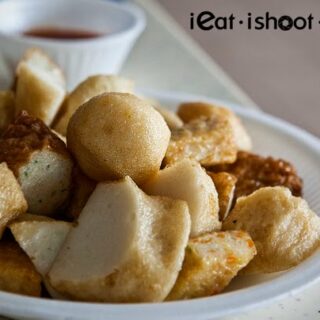 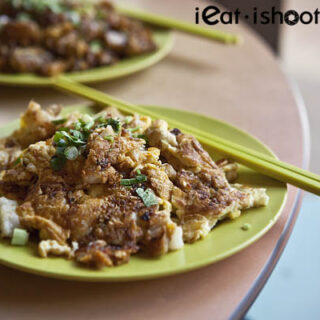