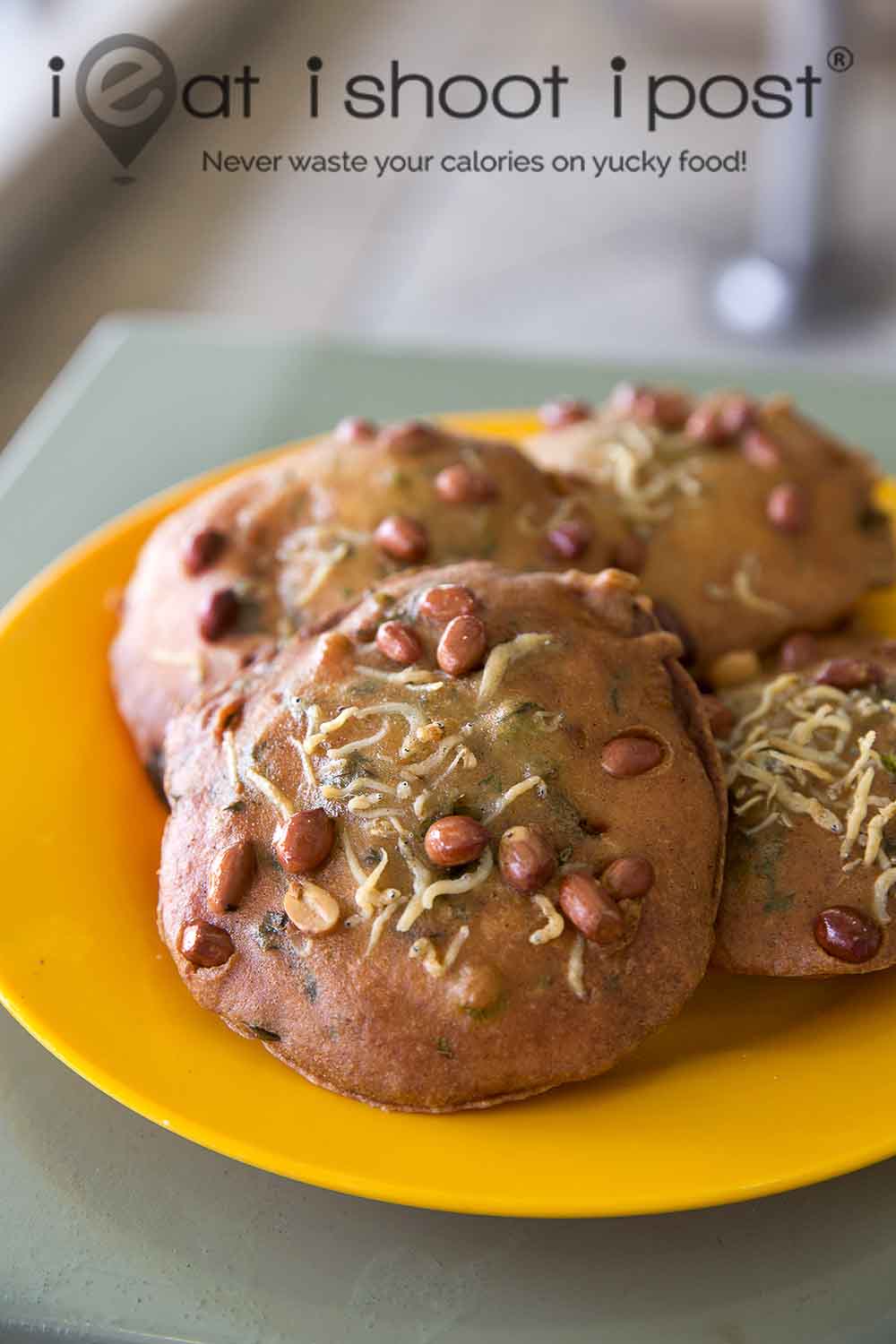 The last time I spotted a UFO (Unidentified Fried Object) was back in 2006 when I wrote about Maxwell Fuzhou Oyster Cake.  Sightings of this ultra-delicious Fuzhou snack are few and far in between because it is one of those disappearing dishes in Singapore.  It was uncommon even 30 years ago when I first tasted it as a schoolboy in Clementi. Even friends in my generation have told me that they have never eaten it before! No wonder sightings are so rare!

Yet, for those of us who have had these close encounters of the most delicious kind, UFO sightings are a most welcome sight.  Crisp on the outside, savoury and delicious on the inside, these humble snacks combine a melange of flavours into a umami grenade which you can hold in one hand. 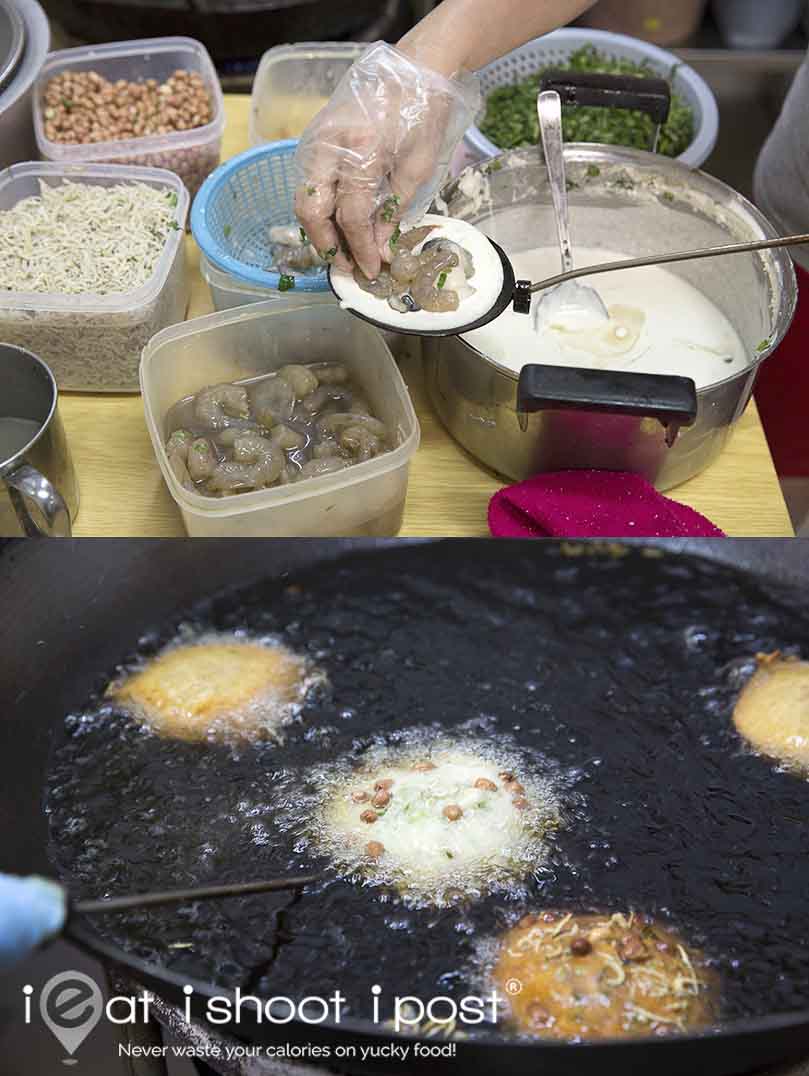 The batter used to make the UFO may look simple but it combines three types of flour and a slurry made from blended soya beans to give it its unique texture and flavour.  A filling made of marinated minced pork, oyster, prawns and chinese parsley is then added and topped with more batter, some peanuts and silverfish before being plunged into hot oil where it is fried to a beautiful bronze hue. 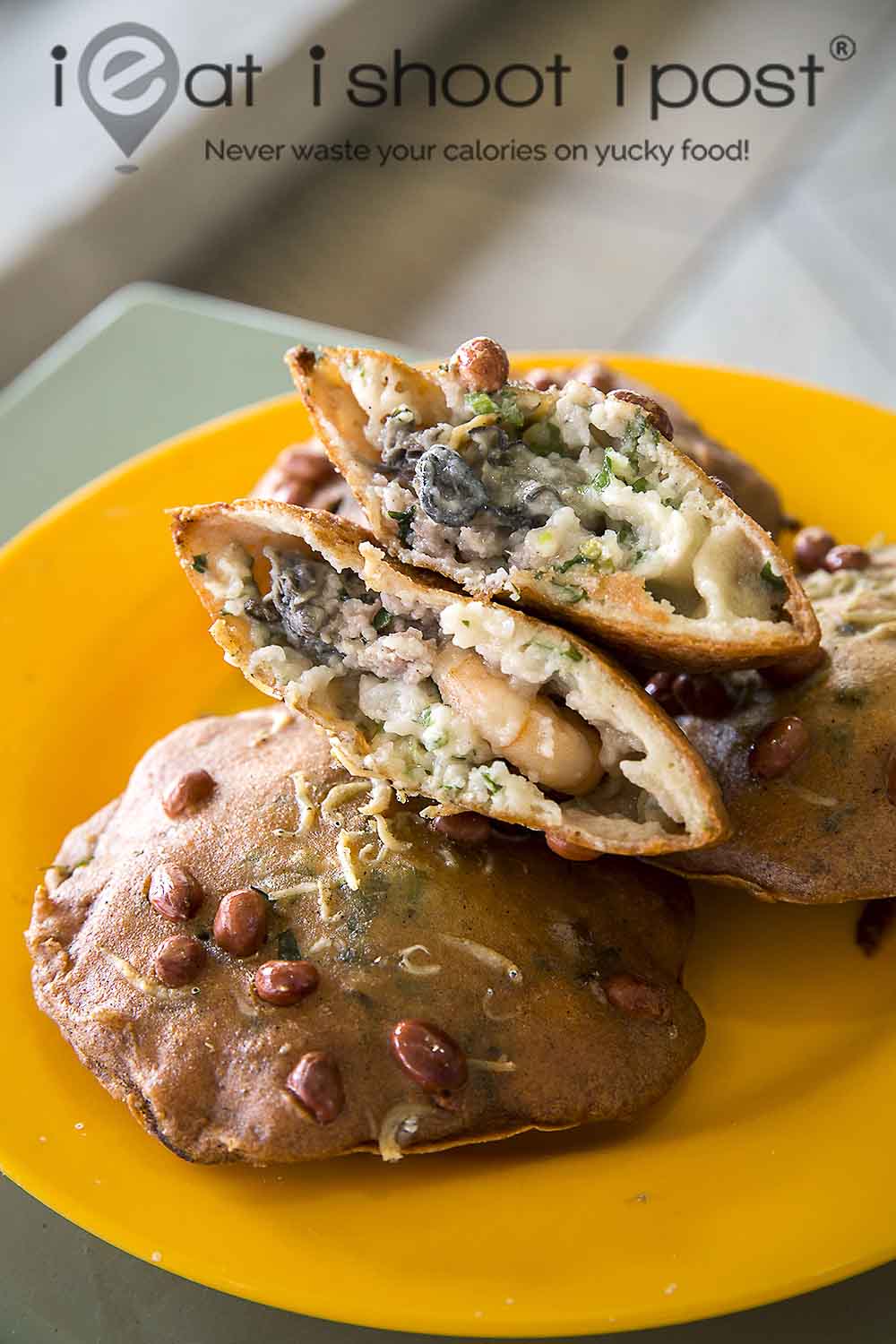 The owner of the stall, Jenny tells me that she had grown up helping her grandmother sell the snack along Ophir road in the 50’s.   In those days only mussels where used in the filling.  They were replaced with oysters and minced pork when it became more difficult to get hold of mussels.  She stopped selling the cakes in 1970 when grandma’s home was destroyed by a fire.  Then in 1986, Jenny decided to sell the oyster cakes again in memory of grandma. They were located at Sam Leong Road for many years before relocated to Jalan Berseh Food centre a few months ago.

I have a soft spot for this particular snack and have always found them mysteriously irresistible.  Perhaps it also has something to do with the fact that Rocketgirl and I used to enjoy them at the stall in Clementi together when we were still dating!

What I like about Jenny’s oyster cake is she uses a very good quality frying oil which she changes very often.  The oyster cakes always comes out nice and crispy without being oily.  The crust is thin and crisp when it is fresh out of the wok and the flavours just meld together so well.  Perhaps it could be just a little saltier but I am not complaining too much.  I finished two oyster cakes even when I told myself I should have only one.  4.5/5 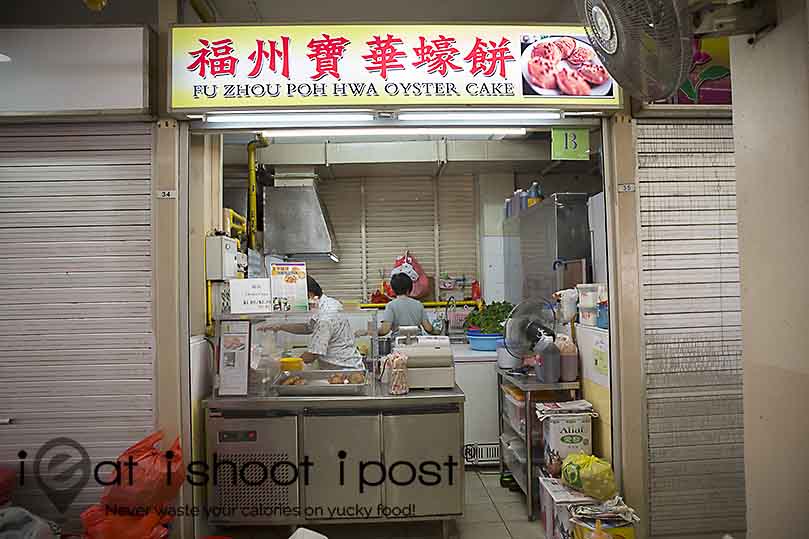 As far as I know, there are only two stalls in Singapore that sells these oyster cakes.  There is another stall selling Teochew meat puffs that look very similar, but they are sold at the Pasar Malam.  These snacks are so delicious that it would be a real shame if they would disappear one day.  If you have never tried them before, then maybe it is time for you to open the X files and have a close encounter of the most delicious kind!

NB:
You can also order Fuzhou Fishballs from the stall! They are 40cents each and the minimum order is 30 fishballs.

I want to believe.

Take a leap of faith!

are the fishballs good ?

I do my own version every couple of months or so. About 300 grams each of mixed flour & minced pork, a dozen large or two dozen medium prawns shelled and halved, and big fistfuls of peanuts & ikan bilis to produce about three pics each for a family of four (actually I eat half and the others got two apiece). I diy because I don’t like oysters, and greens as well. I substitute the latter with bean sprouts. Really juicy and yummy.

There’s no recipe per se. Just seat-of-the-pants cooking like many of my diy dishes. What I did was simply to observe the cook when I order my food if I like it enough to diy it. Just experiment and try it out at home. If it turned out not good enough, make another trip to order and observe again.

For this particular one, its basically thus:
300 gms of minced fatty pork well mixed with 1/2 tsp each white pepper & sesame oil, 1/2 tbs fine sugar and 1 tbs of light soya sauce & cornflour plus a pinch of cinnamon powder.
For the batter, it’s 80% self-raising flour and 10% each of cornflour & riceflour with 1 tsp each of white pepper, salt & pork or chicken powder. Then, slowly stir in one direction in a big bowl, adding water till the batter’s viscosity is fluid enough but not too runny.

To fry the ufo, use a shadow scoop with a long, almost horizontal handle and leave it in the kwali with cooking oil over the stove. When hot enough, lift the scoop, first draining off excess oil and then coat a tablespoonful of the batter on it. Spread some beansprouts on the thin layer of batter, add the halved prawns and top off with a fat generous slab of the minced meat. Finish up by dribbling spoonfuls of batter till the fillings is well covered and then garnish the surface completely with the peanuts & ikan bilis. As a variation, I sometimes add small complete unshelled fresh prawns – if it’s available at the market – as part of the top garnish.

Dip the whole shebang into the kwali. When the ufo is easily separated from the scoop, flip it over and then let both sides turn golden brown. Drain the oil off from the ufo, let it cool for a few minutes on kitchen paper, and its ready for a big crunchy & juicy bite, pipping hot. Sambal chilli & prawn paste dip optional.

I prefer to use the approximately 3cm long regular ikan bilis, halved and headless. Not the tiny ikan bilis biru as shown in the above pic. Anyway just to clarify; the latter is commonly but erroneously called “silver fish” because of being mistranslated literally from the Chinese term of 银鱼(Yín Yú). Actually, the term silverfish in English refer to a wingless insect, a pest commonly found feasting on books, and it is not edible by humans.

Off topic, another of my fave diy food (to go with cerveza; ie beer) is my tweaked version of the popular Filipino dish-on-hot-plate called Sisig but that’s a different story. 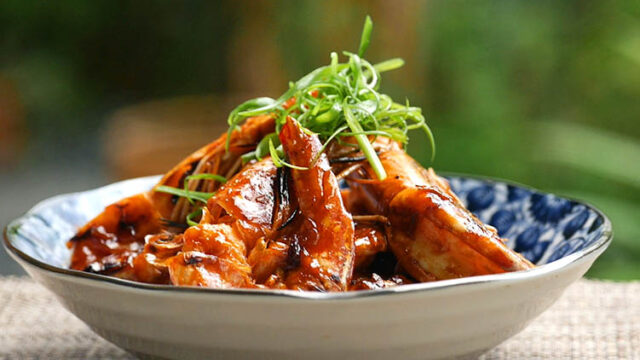 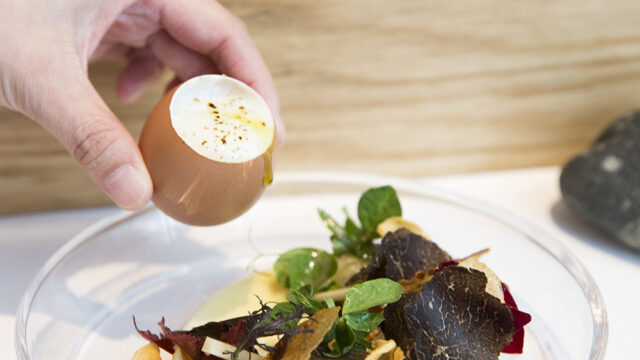