Print
This stall is now closed
Review and photos by Joao 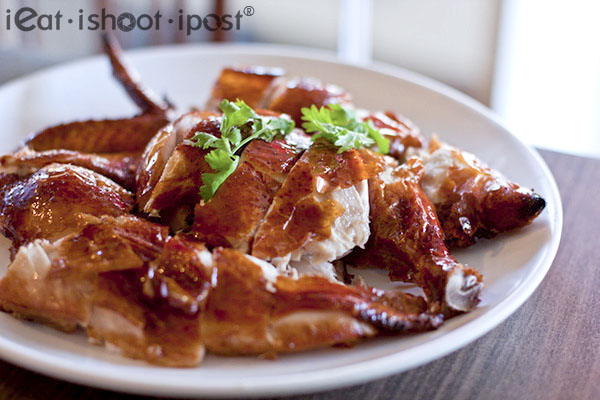 I lived in Melbourne, Australia during my university days and it was during my time there that I discovered my favorite flavor of fried rice. It was (and still is) served at this place on Elizabeth Street called Rose Garden BBQ Shop. Casual dining, family-owned, home-cooked Hong Kong style cuisine. If you happen to be in Melbourne city, it’s a place worth checking out. One of the many dishes on their menu is mui choy nup si chow fun — Mei Cai (梅菜) and Shredded Duck Fried Rice. I can’t speak Cantonese, but I’m told that the right intonation of thesyllable “si” makes all the difference between shredded duck meat and duck feces. Order this in half-past-six Cantonese at your own peril. I usually just point at the menu. 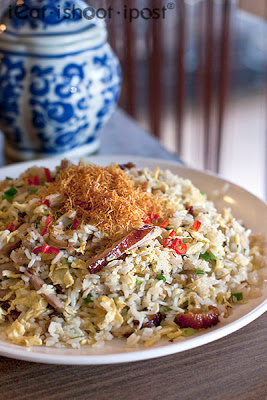 There’s just something about this dish that elevates it from being mere humble leftovers to something quite special. The two titular ingredients complement each other perfectly — savory smokey roast duck bits and salty-sweet mei cai balance each other out giving a simple fried rice unexpected complexity. This was one dish that comforted me on many a cold Melbourne night. After I graduated and moved back to Singapore, I still craved that fried rice from time to time. The craving got bad enough I had to do something about it, so on the way back from a recent holiday to Melbourne, I smuggled a box of this fried rice — frozen and surrounded by freezer packs in an insulated bag — back into Singapore. It’s destination: someone who would be able taste it and recreate it.

Enter Cafe De Hong Kong. If you’ve been following this blog for at least two years, you would definitely have heard of them. For those in need of a refresher, CDHK is known among the blog’s kakis as the place to go for excellent cze char with an authentic Hong Kong twist. Their Nam Yu Roasted Chicken is still a must order among the blog’s kakis whenever we eat there. In my mind they were the obvious choice to take on this project, but not just because of the Hong Kong connection. I’ll let you in on a little secret — Cafe De Hong Kong does some of the best fried rice I’ve ever eaten.

Fried rice. Isn’t that just re-fried leftovers bonded together with overnight rice, egg, and fat? Perhaps in the home-cooked sense. But have you ever wondered why home-cooked fried rice just doesn’t have the same wow factor as the kind that you eat at chinese restaurants and cze char places? That’s because the average home kitchen stove-top gas burner cannot provide the required heat energy to impart wok hei to the rice. Conversely the gas burners typically employed in restaurants and cze char stalls are large multi-concentric-ringed monsters, capable of supplying more than enough heat to impart wok hei to fried rice. At these high temperatures, the tiny grains of rice are very susceptible to burning, which would render them bitter and unusable. The challenge then lies in the chef’s ability to fry the rice at high temperatures so as to impart wok hei without letting any part of the dish char. This requires that the food in the wok be constantly in motion, and that’s hard work. So is it worth paying for mere re-fried leftovers when eating out? I think so. 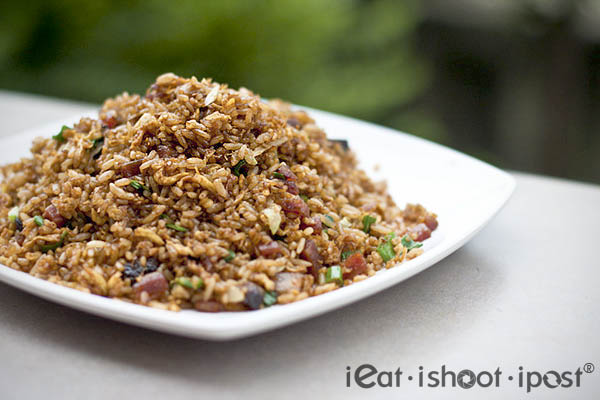 Now I don’t mean to belabor the point, but CDHK’s fried rice is eminently worth paying money for. It’s just really excellent fried rice! Take for example their Mixed Wax Sausage and Meat Fried Rice ($12). If you recall, CDHK makes their own lup cheong which is something special in its own right. Bits of these waxed sausages are used in this fried rice to create quite a potent combination. Don’t be fooled; its plain appearance belies an incredible gestalt of aromas. After your first mouthful, you will understand. You’re able to taste the smokey flavor in every individual grain of rice, and the special lup cheong will perfume everything else. 4.5/5 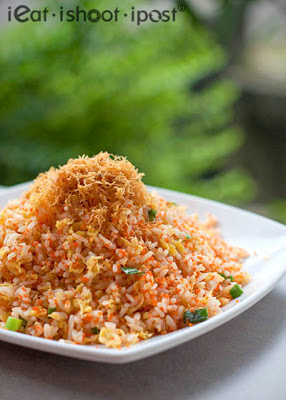 Another prime example of the chef’s fried rice prowess can be found in the Fragrant Fish Roe Fried Rice ($10). The idea behind this is a lot simpler; take a well-executed basic egg and scallions fried rice and evenly mix in flying fish roe. The result is definitely greater than the sum of its parts! The flavors and aromas of this dish are a lot more subtle than those of the lup cheong fried rice, but what this dish lacks in taste, it makes up for in texture. Every mouthful of this fried rice comes with tiny tobiko balls that crunch delightfully with every bite. This dish’s subtle flavor grows on you, leaving you wanting more after the last grains of rice and roe have been polished off the plate. 4.25/5

So back to my story about the duck and mei cai fried rice. It’s taken a couple of revisions and a few rounds of tasting and feedback, but I am pleased to say that CDHK actually managed to improve upon the Rose Garden version. Whereas the one from Melbourne has a home-cooked charm, CDHK’s version is classier and more refined. The roast duck fat gives this dish an aroma to rival that of the lup cheong fried rice, but it’s perfectly balanced with the sweetness of the mei cai, which gives it an added dimension of flavor. The inclusion of chopped crunchy mei cai stem also gives this dish a pleasing texture. It’s everything I hoped for and then some. I highly recommend it.

Cafe De Hong Kong is a hidden gem of a restaurant in the Balestier area, and their fried rice dishes are hidden gems on their menu which you would be remiss in not trying at least once. I know where I’m going to go to satisfy my next late night fried rice craving.

The Shredded Duck and Mei Cai fried rice is available from now until the end of November 2010 at an introduc(k)tory price of $10. 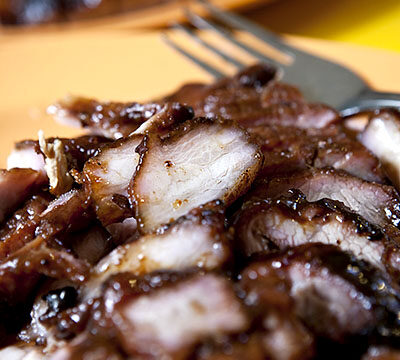 THE MUST TRY LIST
Fu Shi Traditional Roasted: There is a future for Hawker Food yet!
Next 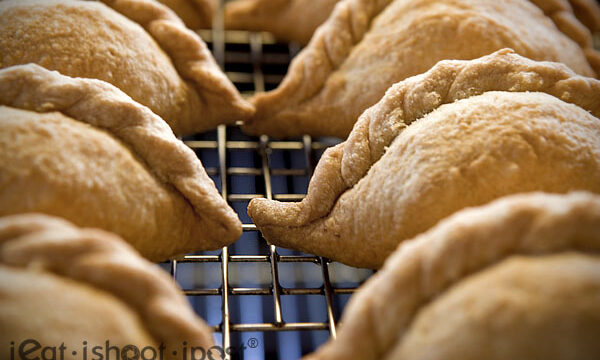