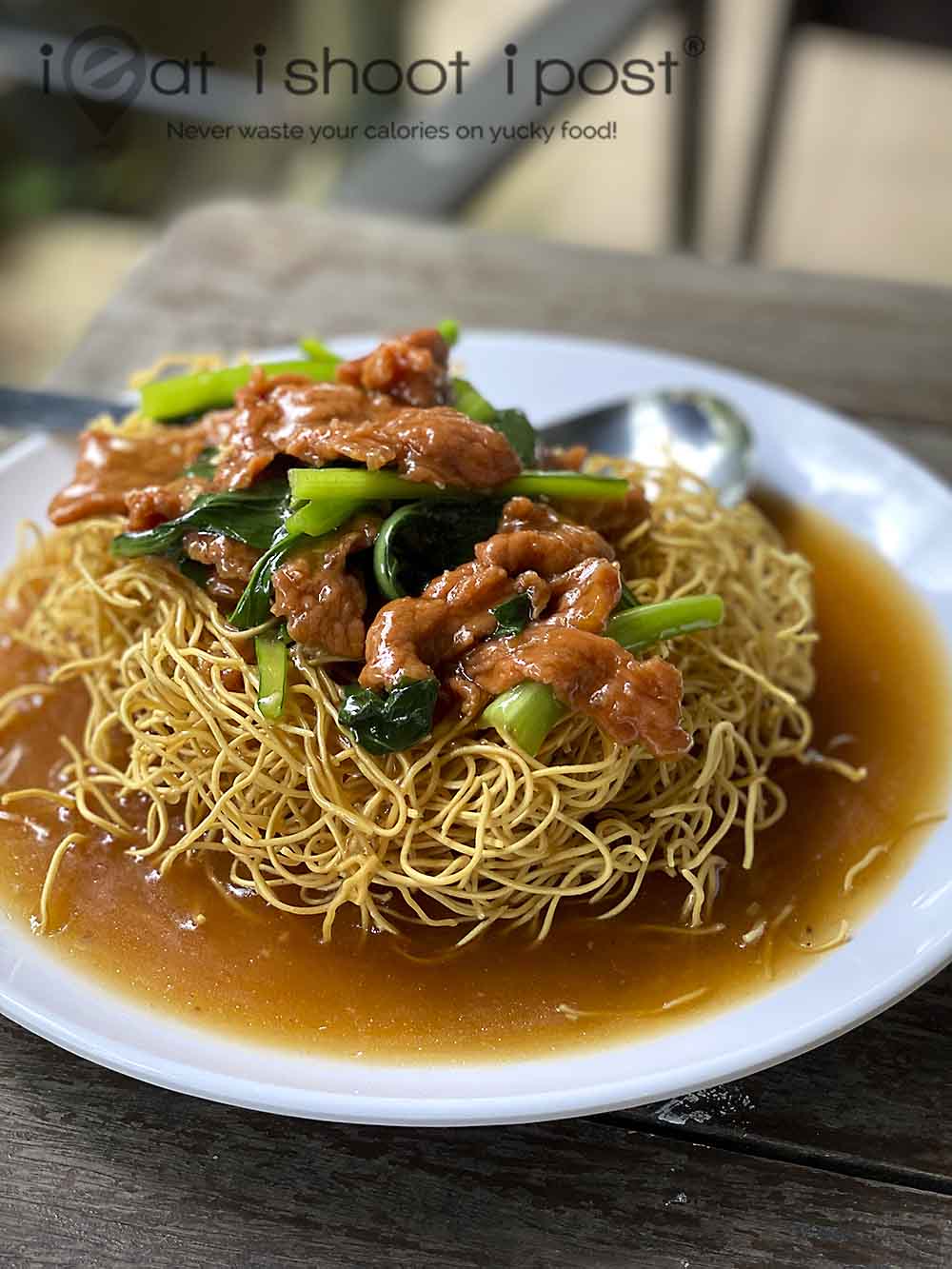 There is a Hole-In-The-Wall zi char located right next the Hole-In-The-Wall steak house I wrote about recently: Arcadia Restaurant I guess it comes as no surprise that if you have two eateries next to each other and one is a “Hole-In-The-Wall”, then the other must be occupying another hole in the same wall! 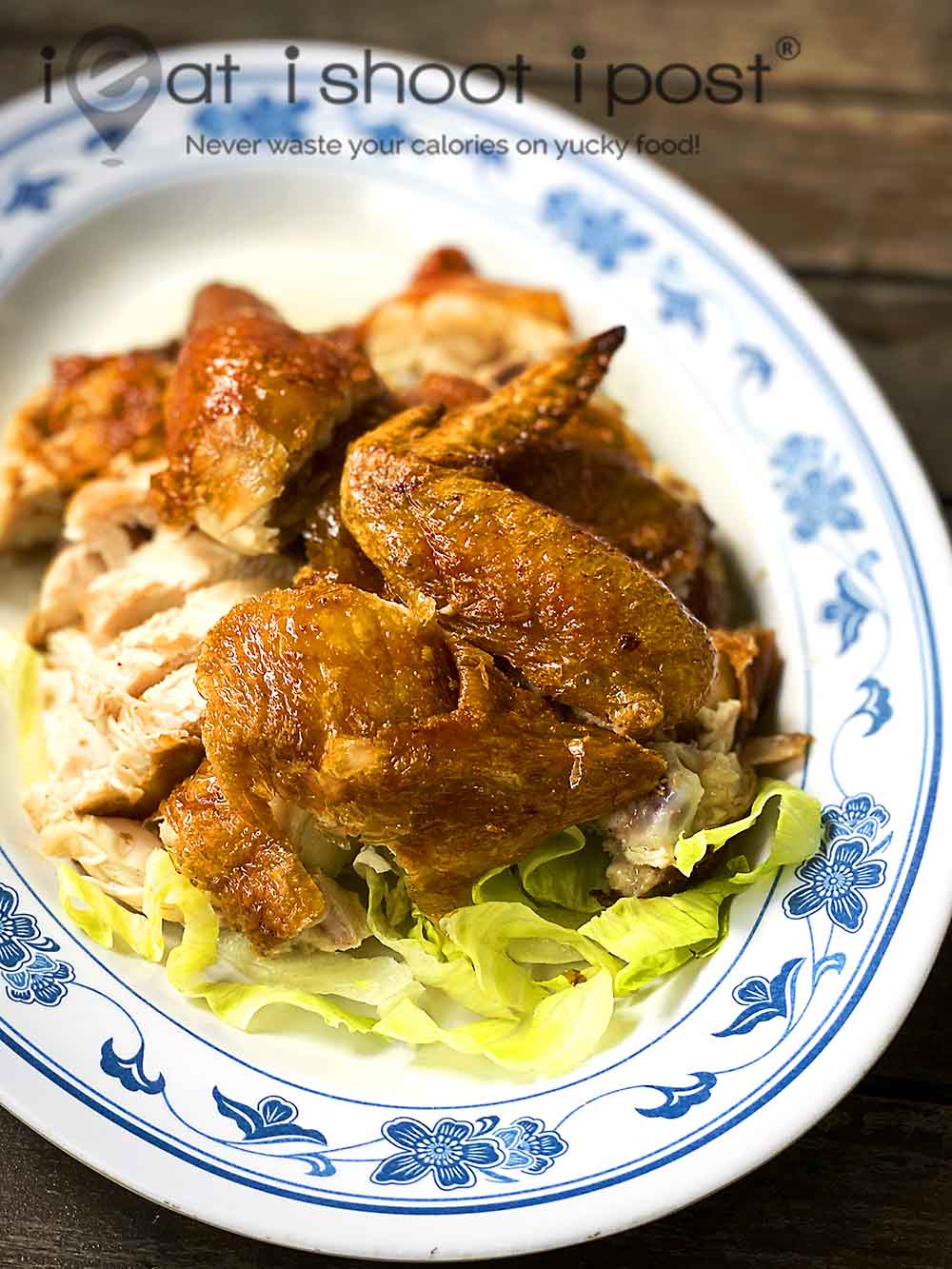 What is surprising is that this little eatery has been around for forty years!  Yet, very little has been written about it.  It is one of those places that is located in the compound of a condominium, so it gets little exposure to the world outside.  It also doesn’t help that this particular condominium is located in a very secluded area of Singapore even though it is in a central part of our island. 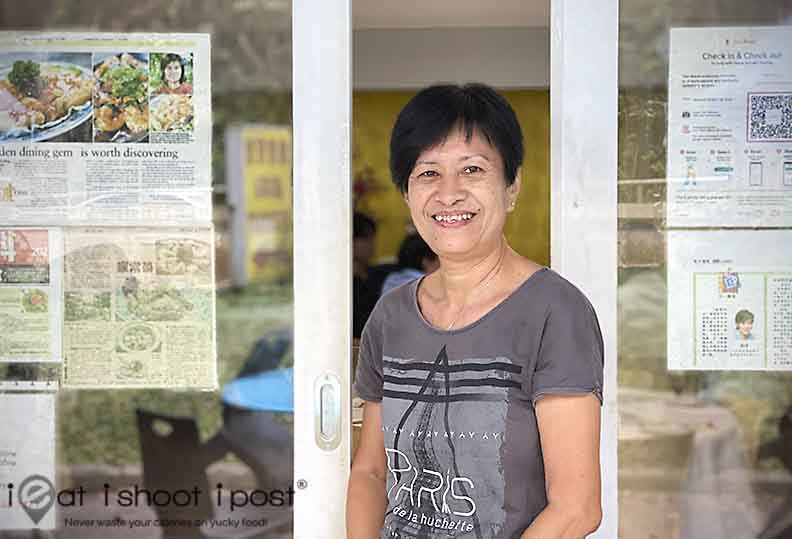 The lady boss of the place is Grace who has been running the place for 21 years.  If you take a closer look at the newspaper cutting in the photo, you can see her face when she was 2 decades younger.  She still does the marketing of the seafood for the restaurant, which is why the quality of the seafood is so good. 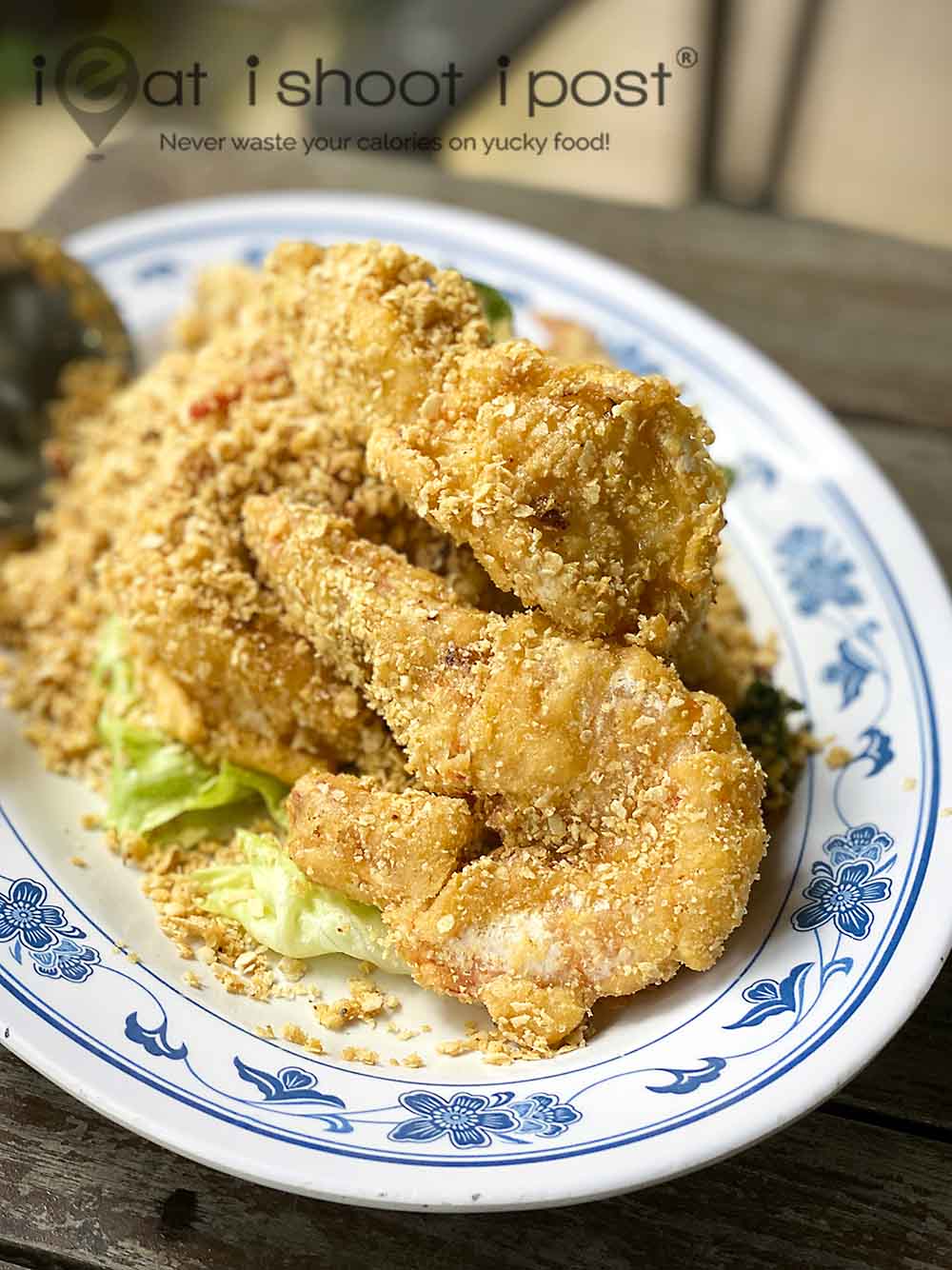 I liked almost all the dishes we had that day.  Their cereal prawns is very nice.  Not too oily and the Ang Kah prawns are fresh and big! A lot of other Zi Chars use those medium sized grey prawns which aren’t very meaty and tends to soak up a lot of oil.  Their cereal here is nice and crispy without being soaked in oil and the prawns are big and juicy.  4.25/5

The other dish that was executed very well was their “roasted” chicken which really should be called crispy fried chicken.  The  chicken was well seasoned and juicy while the skin is crisp.  But the highlight was the chilli which is the quintessential old school chicken rice chilli that is really well balanced and delicious. 4.5/5 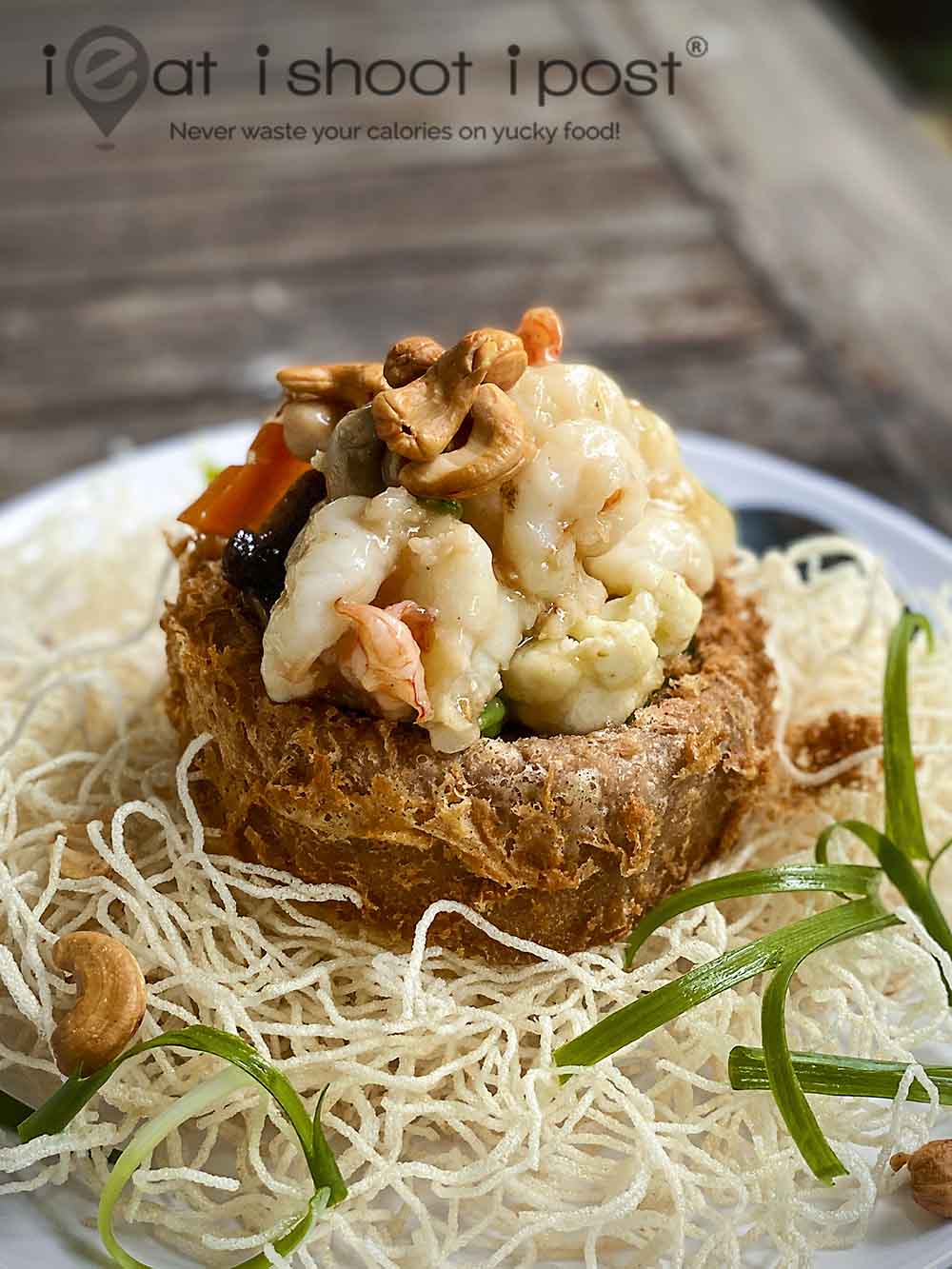 The yam ring was also very good, not just because they still bother to make their own yam rings, but also because they don’t skimp on loading it with the aforementioned, big and fresh Ang Kah prawns!  It could have had a little more sauce, but as far as yam rings go, it was very good.  4.25/5 If there was one disaapointing dish, it was the sweet and sour pork chops.  The sauce was good but the batter for the pork chop was thick as cardboard and the pork was dry.  This came as quite a surprise as all the other dishes were very good.  3/5 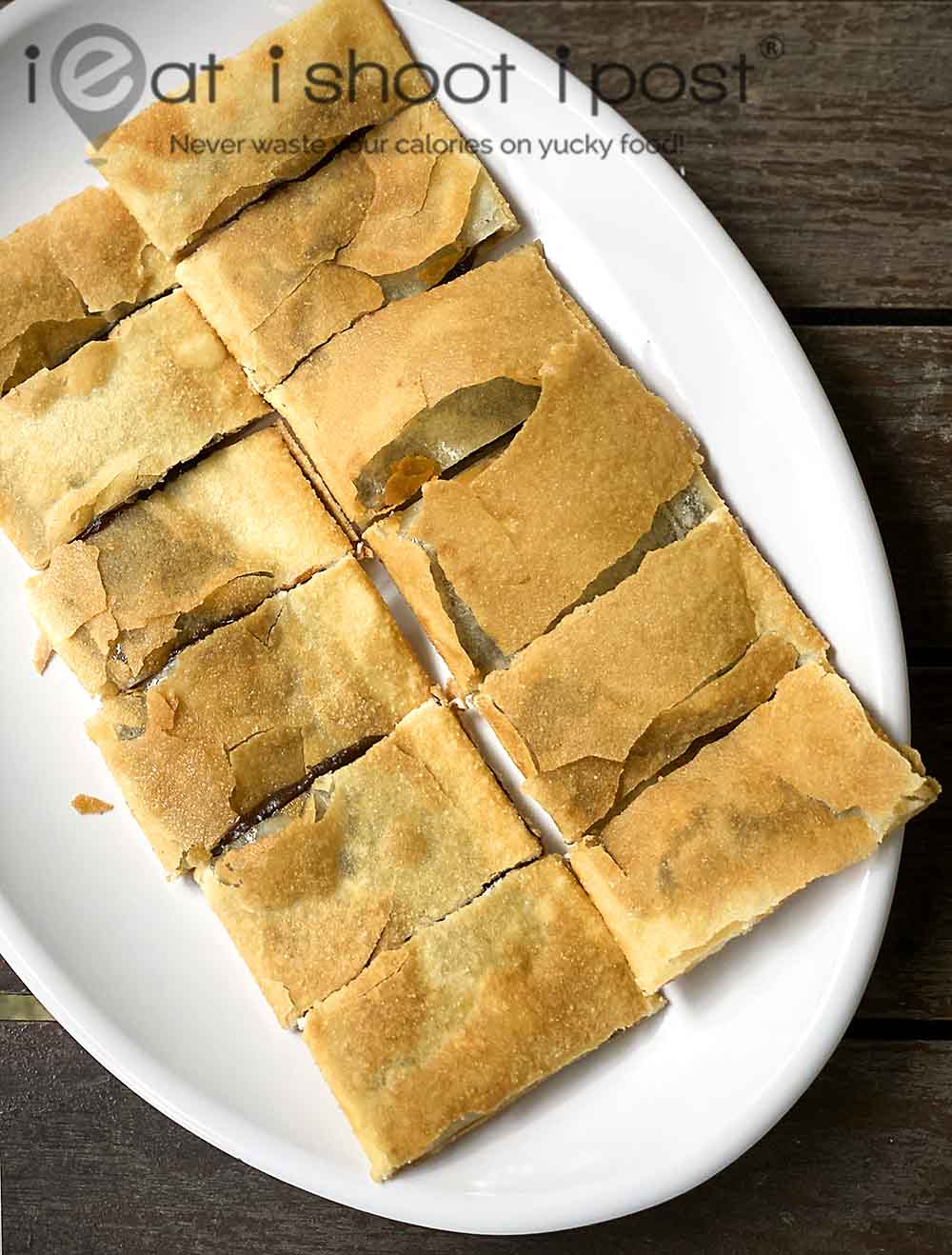 For dessert, they do quite a competent red bean pancake.  Not mindblowing, but a nice way to end the meal. 4/5 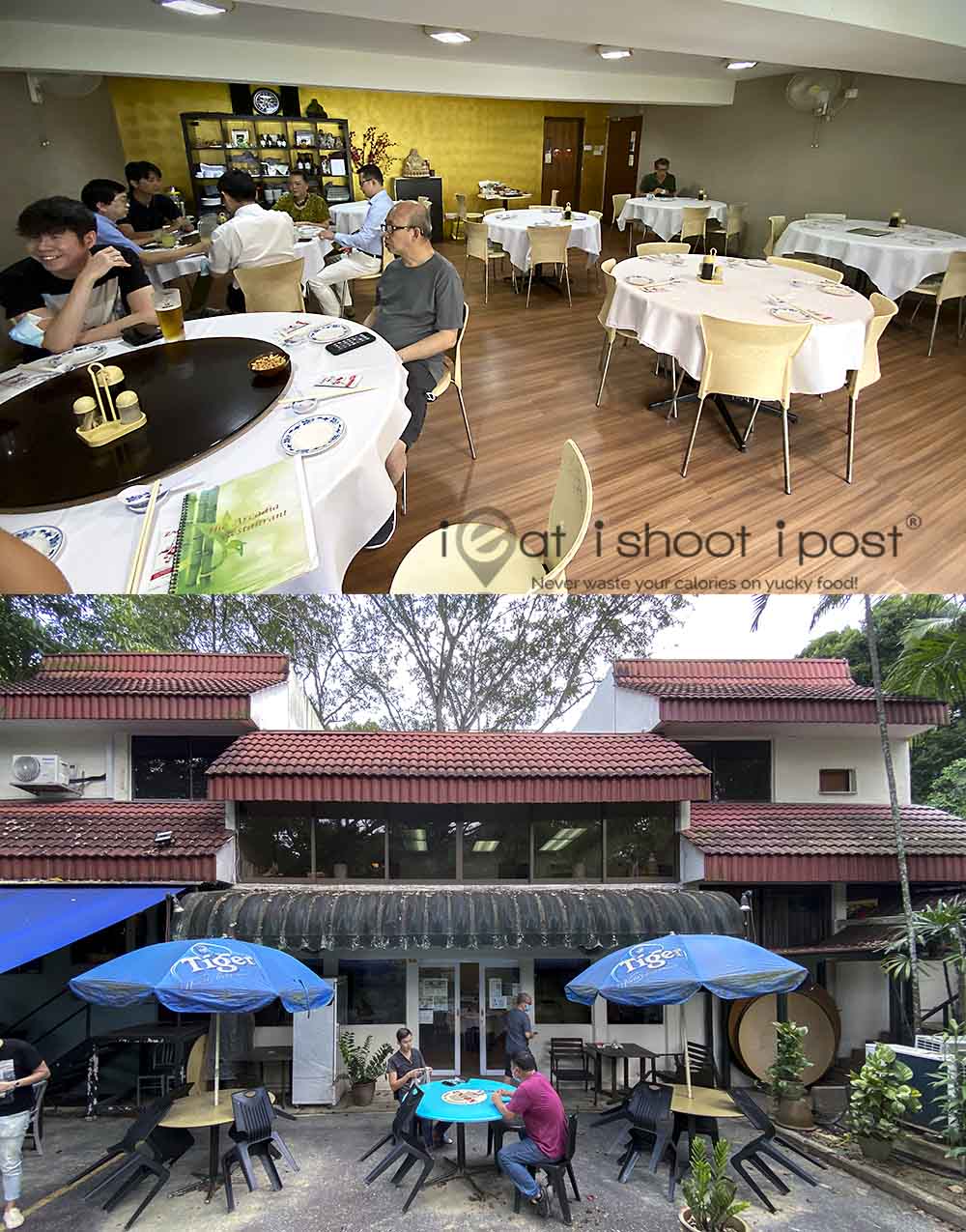 Nice place to have a zi char meal if you drive.  The quality of the food is very good overall.  Its not mindblowing, but very competent and dependable which is why they have managed to last 40 years!

Can outsiders go in since it is located inside the condominium? 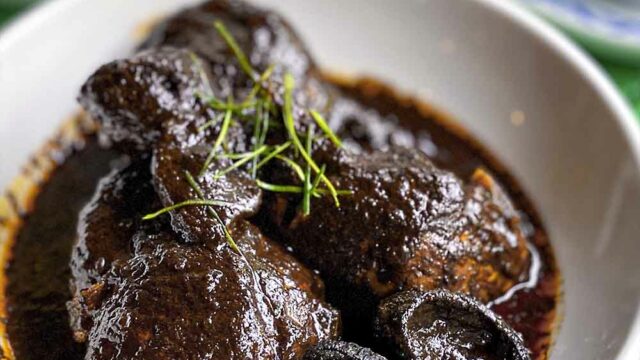