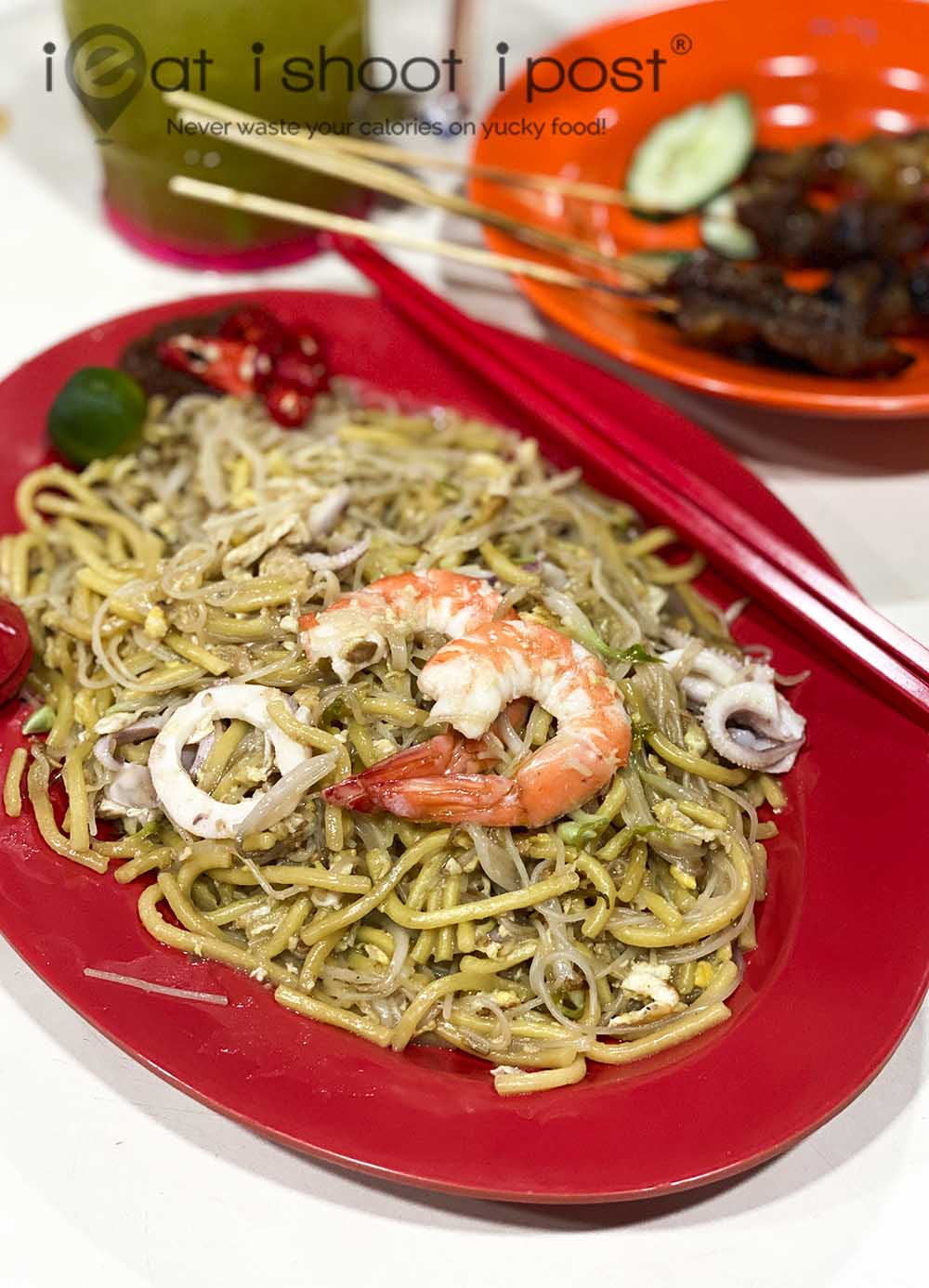 When I wrote about Ah Hock Hokkien mee back in 2008, the story was about how Mr Ng Hock Chuan, 73 had decided to come out of retirement to fry Hokkien Mee again!  That was 13 years ago and I am glad to report that the old man, who is even older now, is still very much still sweating it out at Chomp Chomp Food Centre every night!

Back then, I didn’t know that Ah Hock had played such a significant role in the history of Hokkien Mee!  Mr Ng is actually the 4th son of Ng Seng 黄成, one of two brothers who started frying this style of noodles along Rochor Road in the 50’s. In 1966, he ventured out by himself and started frying Hokkien Mee around the Serangoon Gardens area. His cousin, Mr Ng Hock Wah, who is the eldest son of the other brother, Ng Tong 黄铜, started his own stall at Simon Road at around the same time.  So these two men can truly be called hawker legends as they are direct descendents of the creators of this iconic Singaporean dish!  Not only that, both have been perfecting their craft for over 50 years!

Read about Nam Sing and the history of Hokkien Mee here.
Read my previous post on Ah Hock here. 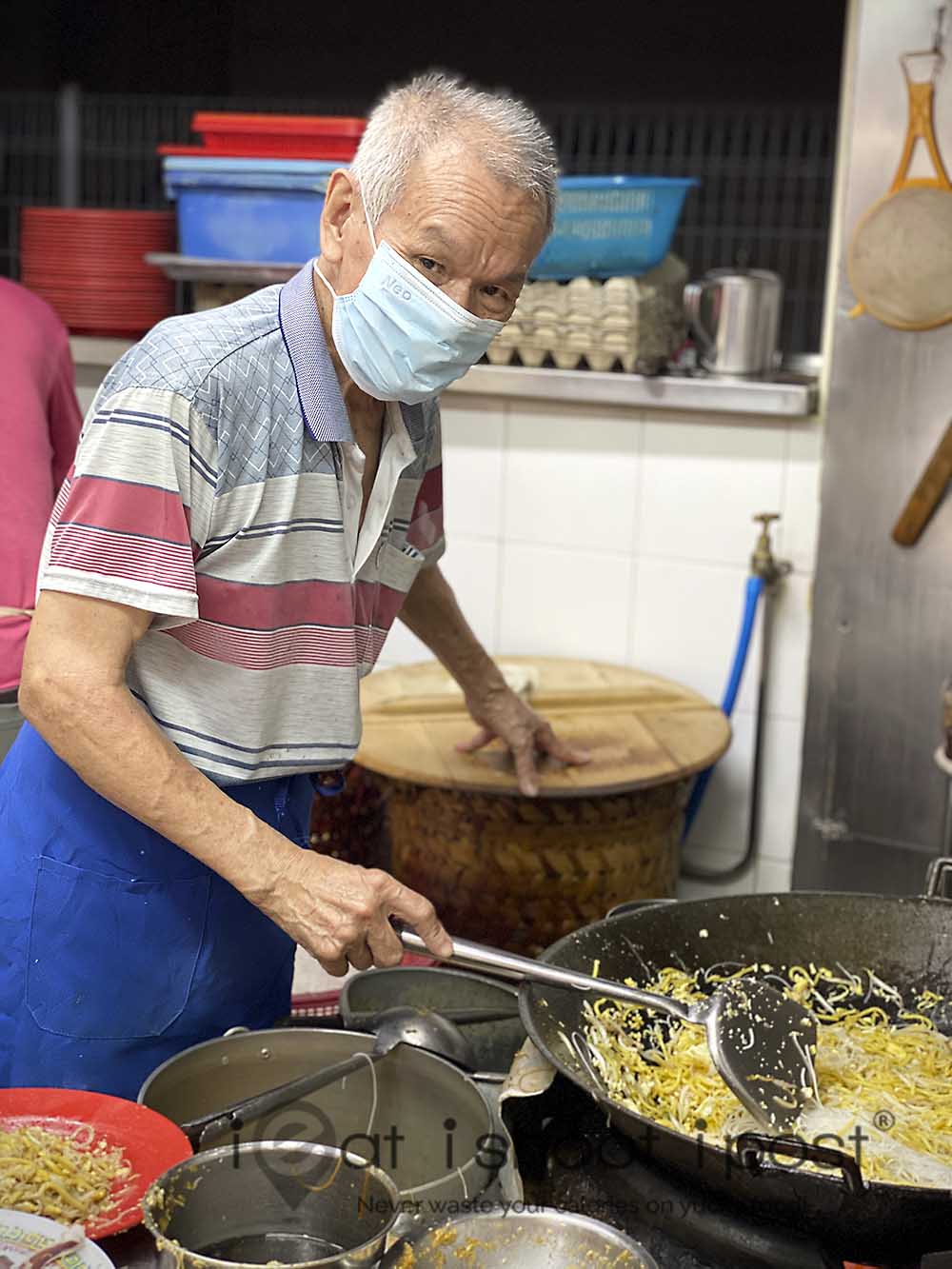 This style of the Hokkien Mee keeps very close to the original. They use thin beehoon and it is fried till all the stock is absorbed into the noodles.  However, Ah Hock’s tend to be slightly wetter compared to Nam Seng’s.  Ah Hock also provides sambal chilli in addition to sliced chilli which is a departure to the original style where it is only eaten with sliced chilli.  As with many Hokkien Mee nowadays, the slivers of pork belly is missing.  Still, the Hokkien Mee is very good and will satisfy those who go for the dry style Hokkien Mee!  4.25/5 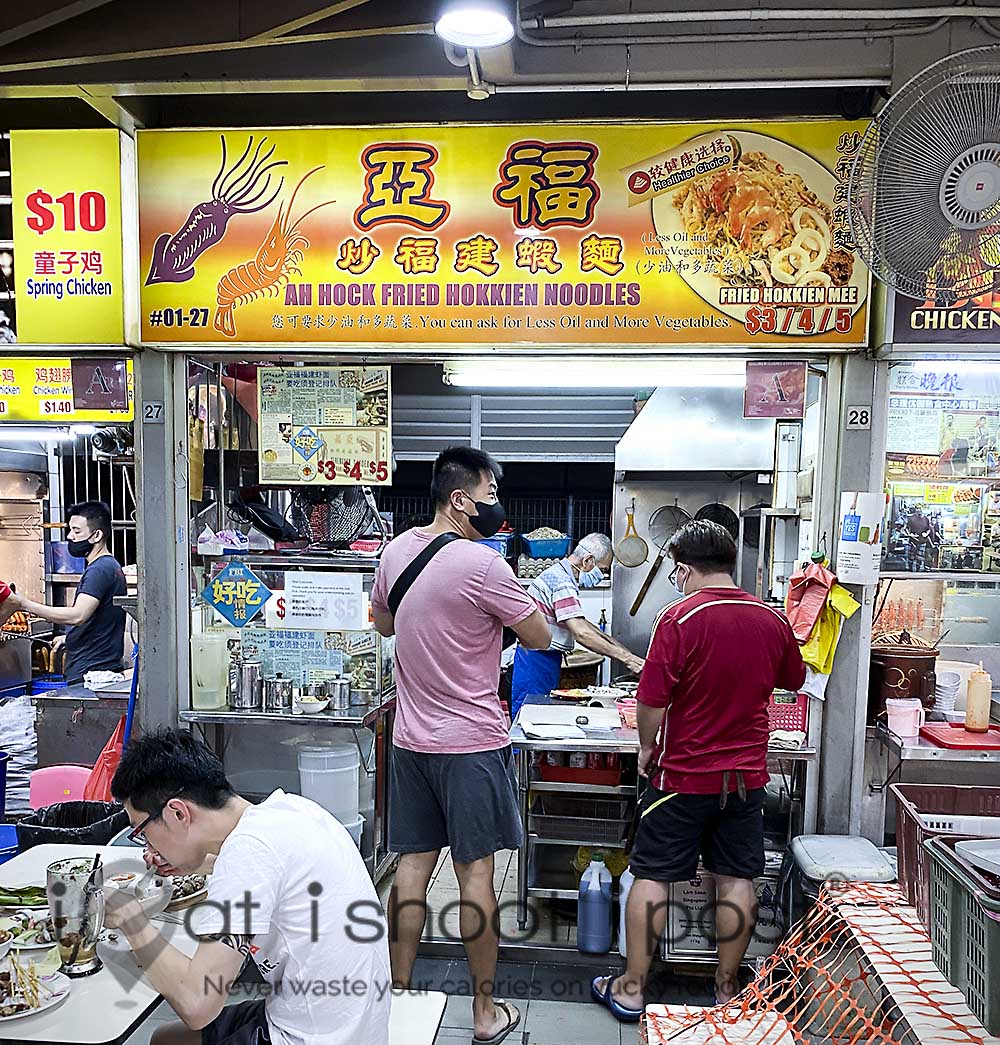 Conclusion
Dry style, old school Hokkien Mee with a  history that traces back to the original creators of the dish!  The fact that this style of fried Hokkien Mee is truly, uniquely Singaporean is undisputed. 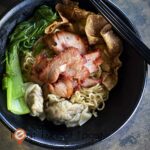 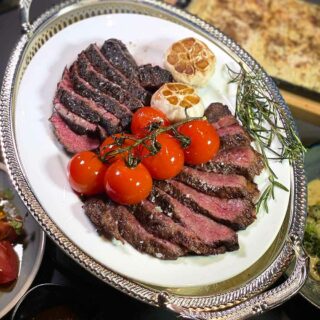 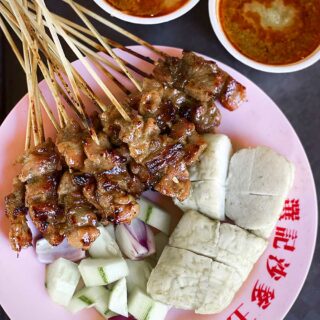