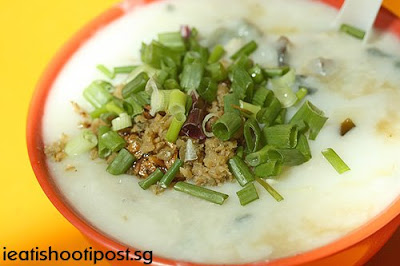 I finally managed to eat the famous Zhen Zhen porridge!

The distinctive feature about this porridge is that they cook the grains until it has all but dissolved. Lots of people actually rave about this porridge and even they even got 6 chopsticks from Makansutra which is full marks. I was however a little ambivalent about it as I felt it was almost like eating a bowl of thickened cream soup. 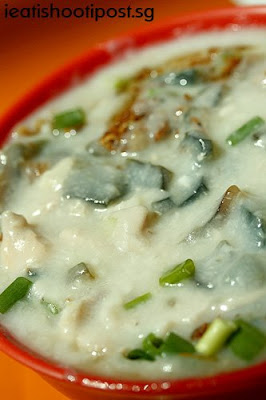 Granted, for $3, you actually get a chockful of ingredients in the porridge. I ordered the mixed porridge which had pork, slice fish and century eggs. It is really value for money and the fish was very fresh. But I have to admit that I still prefer my porridge to have a few grains in it. Nonetheless it is certainly a very unique bowl of porridge which is well worth a try. 4/5

Good bowl of porridge but I don’t think that I am all out sold on the idea of cooking the rice till it all dissolves. Too much like eating pure starch to me. 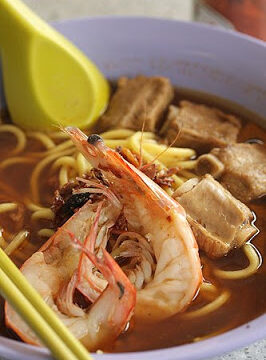