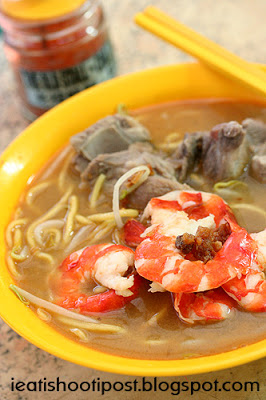 The owner of this stall claims that they can trace their lineage all the way back to the old Hokkien street around 50 years ago. Back then, prawn noodles were very different in that the gravy was very dark. He claims that it was his mother who first invented the light colored prawn soup which is the common garden variety nowadays. Since they have been around for so long, they have built a very faithful following especially amongst the older folks. Apparently, the stall is frequented by MPs and other VIPs as well, who go there because of its original taste. 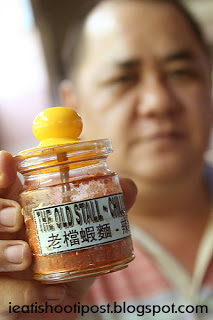 So with all that historical backdrop, the strong recommendation by Damien, plus the bold statement on their signboard stating “Specially Make Delicious Soup”, I primed my tastebuds for an adventure of a lifetime.

The soup was good but I guess I had expected much more. It did have that prawn soup kick but just did not hit the threshold for “Shiok!!”. 4.25/5

The thing that really did have the Oooomph factor though, was the specially prepared chilli powder. One whiff of the powder and you know that it is something special. Unlike a lot of other stalls which simply give you plain chilli powder. This stall fries their chilli powder with dried prawns (Hae Bee). The taste is very distinctive. It is so good that he even sells the chilli powder for those who need to get their satisfaction at home. 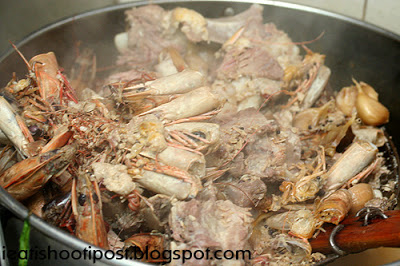 Is this really a direct descendant of the originator of our present day Prawn Noodle? Perhaps our more seasoned readers can shed some light the history of Prawn Noodles? And by the way, is Prawn Noodles only found in Singapore or do they also have this dish in Malaysia? 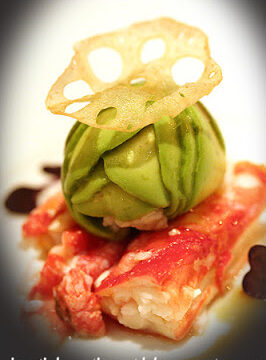 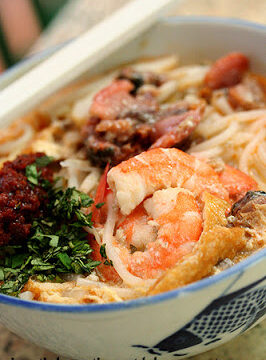