Roti prata is one of Singapore’s favourite food which you can find everywhere and with many of them opened 24 hours, you can also eat it anytime! However, you do have to sacrifice quality for convenience as many of these 24 hour shops use factory made dough and so the prata usually tastes very generic.   It’s alright if you are desperate to satiate that prata craving, but when you want to really hit that prata spot, you need to look for shops like Sin Ming prata where they still insist on making their own dough! 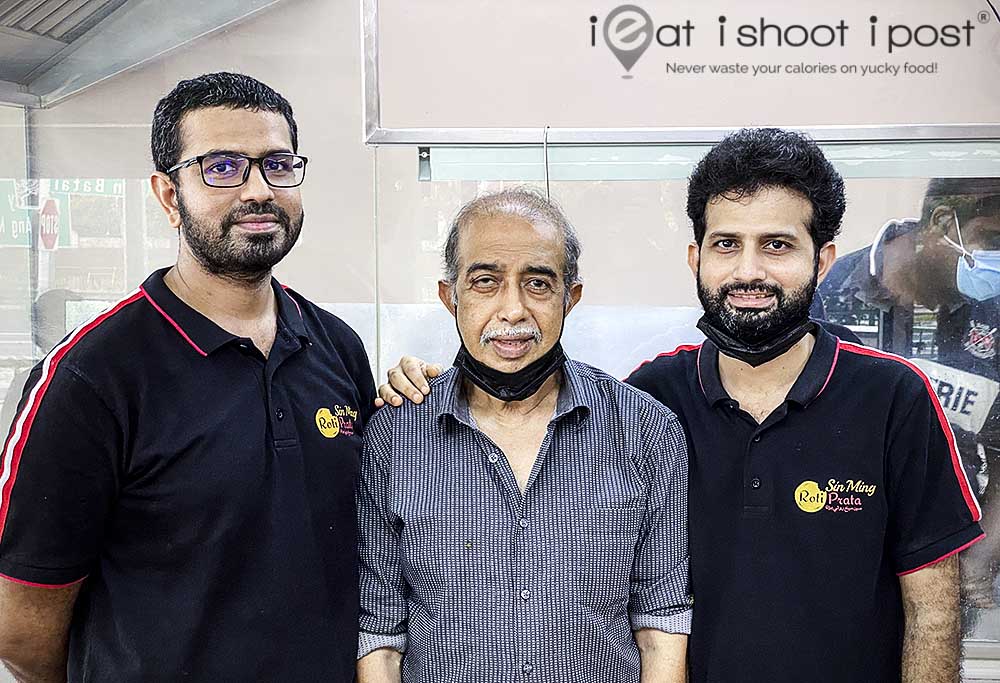 This is one of those  places which are still very much family owned and operated.  I first wrote about them in 2010 at their stall at  Blk 24 Sin Ming Road.  Unfortunately, that stall is temporarily closed due to the lack of manpower during this Covid 19 pandemic, so now the family are concentrating all their resources on their new flagship restaurant at Jalan Leban near Sembawang Hills Food Centre.

Now in its third generation, the restaurant was founded by in the 60’s by Faizal’s grandfather at the corner of Rowell Road and Jalan Besar.  His father, Haj Mohmaned bin Syed Ali took over in 1973 when they moved to racecourse road.  In 1993, they moved to Sin Ming Road where they built up their reputation, so much so that in 2005, they officially named themselves Sin Ming Prata.

Sin Ming Prata has been in my top 5 list of prata places since the time my friend Damien first brought me there to eat in 2010.  I loved their crisp, yet fluffy prata which has a nice buttery flavour which mild sweetness which develops as you chew on the pastry. Their basic fish curry which is served with the prata is also very shiok and really hits the spot! 4.5/5

They are also very famous for their coin prata, which are essentially smaller versions of the plain prata that has been fried to a shattering crisp!  They are a joy to eat but can get a little jialat as they have to be shallow fried in lots of oil in order to develop that crispy texture. 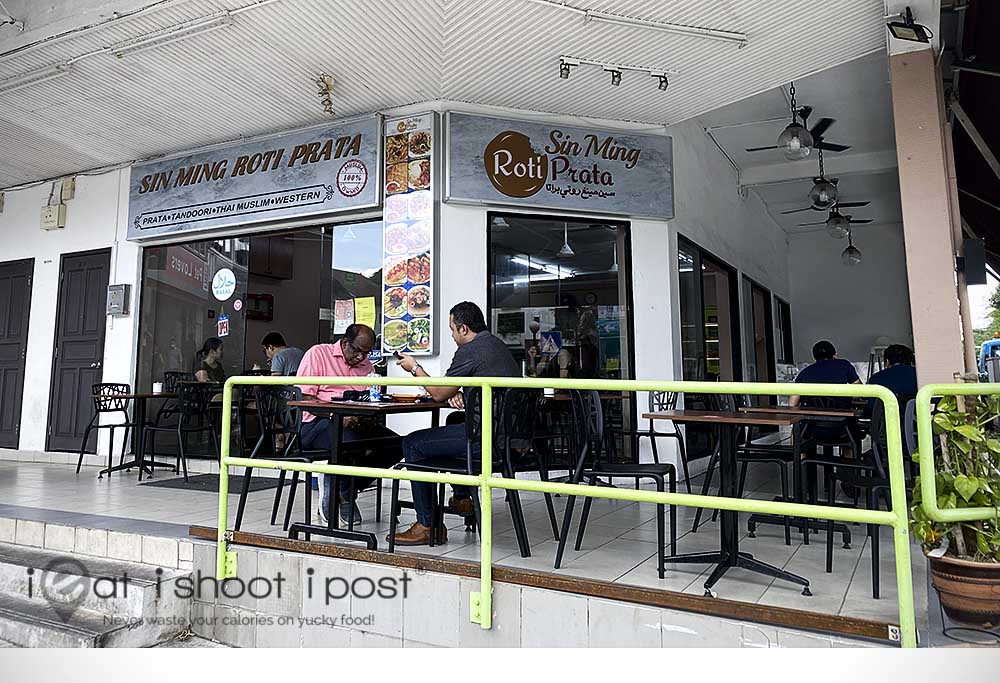 One of the best, family run prata places around!  This is the kind of place you want to go to satisfy that prata craving!  Roti prata is the kind of food you really don’t want to waste your calories on!

Oh they have moved to a up market place. Do their prices move up market too?

We stay in the east, heard they are good and went to try. The coin prata and the curry is very nice. Worth to travel all the way down to eat. I give them 5 stars!

Yes they are very good. Glad you liked it!

If they’re not busy, have the coin prata, it’s definitely the thing to have if possible.

They do tend to get busy on weekends for breakfast, however, so better to order a kosong & telur instead of waiting for 30 minutes or more; those are still good pratas on their own.

Price still decent. Not sure if its changed since the shift, but they’re still in the same range: 1 coin prata set <$5, and kosong + telur about $3? Still great VFM, the quality is worth the trip.

Oh, and this is definitely a top 3 for me as well (Springleaf too, particularly when craving a different style).

Oh no, I just checked Google and noticed that the restaurant is listed as ‘permanently closed’! 🙁

They may have closed this shop at SBW Hills, but their original outlet in Sin Ming is still operational.

I’m also a bit sad, since the new one was open slightly later and had seating dedicated to them, but it’s only 5 minutes further away at most.

Not sure what the issue was; they always seemed to have customers whenever I went down to this shop, had to wait at least 10-15 minute (or more) for my pratas.

When I asked why they closed, they told me it was because they had delayed their initial opening due to Covid and therefore the lease ended shortly after they opened and they were told of an increase in rental. They, therefore, decide to not renew and are instead looking for a new location!