With Tag (He has eaten this since school days!) 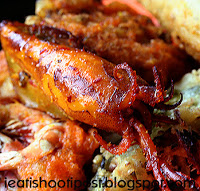 For me it was the sight of the beautiful prawn fritters that really sealed the deal. Have you seen anything so magnificent before? It was really a feast for the eyes and a tease for the palate.

This stall traces its roots all the way back to the 60’s when current stallowner, Sabeek’s Grandfather started working for his Great Granduncle in the Sarabat stalls at Waterloo St near the old SJI. I was told that in those days (I was not even an idea then) that was where all the greatest Indian Food and Sarabat stalls could be found. 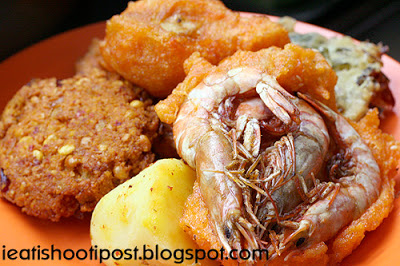 Here’s an interesting bit of history that I learnt from Sabeek. Indian Rojak is a dish that was invented by the early migrants to Singapore. In those days, the Malays were selling all sorts of Kuehs by the roadside and the Indians wanted to get a piece of the action. So they also started to make their own Kuehs to sell. Instead of offering the usual chilli and tomato sauces, they developed their own sauce which has a unique combination of sweet, sour, savoury and spiciness.

The rojak here was really fantabulous. So good that we went for a second round of rojak even when we were so full from eating the chicken rice next door. All the stuff were fresh and the sauce was just perfect. Amongst my favourite was the Vadai. The quality was a little different from what I was used to. The Vadai here is really crumbly and very very pang (savoury). When you put it in your mouth, it just breaks apart, releasing the Umami flavours of the lentils and spices. Shiokalingam Nah! 4.75/5 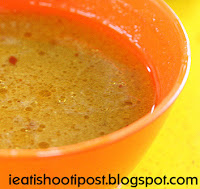 The other stuff that got me real excited was the Mee Siam. I got there too late and the bee hoon was sold out. However, Tag managed to persuade the owner to give us a bowl of the mee siam gravy. He said that it was something I die die must try.

Now Indian Mee Siam is something I have not tasted for 20 years. The Indian Mee Siam that has been indelibly etched into my psyche is the one that I ate for 10 years in the St Andrew’s School tuckshop. Oh yeah, for 30 cents the Indian Uncle throws some bee hoon into a small orange plastic plate and pours the sweet mee siam gravy over it. Then he cuts the egg with a string that is tied to the handle of the big aluminum pot. You know, I have eaten it for 10 years and I suspect that he has never ever changed the string! 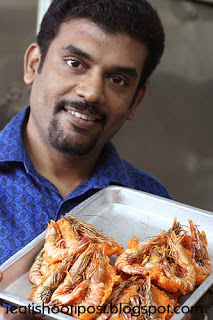 Anyway after I left school I never came across another Indian Mee Siam again until last week. I always assumed that it was just a peculiar Tuckshop food. The first taste of the sauce brought back all the fond memories of my days at the old St Andrew’s School. Back in the days when the highlight of school was playing football at recess time and marvelling at the tadpoles in the big puddle in front of the goal posts.

I don’t know what was your experience with Tuckshop food, but St Andrew’s Tuckshop in the 70s and 80s had some really shiok stuff. Aside from the Mee Siam, there was the Char Kway Teow which still tastes better than most of the Char Kway Teow we eat now. I would have given it a 4.5. I also remember the Chai Png stall where students used to scoop their own gravy to put on the rice. The curry gravy was really shiok and we used to fish out all the chicken wing tips from the bottom of the pot.

So was it just nostalgia or was the food really that great? Maybe you can share your own experience with Tuckshop food?

Seriously shiok Indian rojak! Is this the best or is there another?

Update 15 July 2010
After renovation, the stall’s name has been changed to Sabeena Indian Food and is operated by Sabeek’s sister. Sabeek is now running another stall called Siraj Indian Food at Blk 270 Queen St

Last Monday of the month 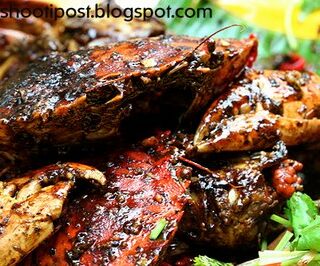 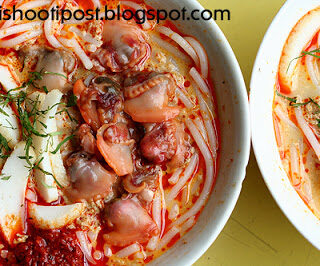 THE MUST TRY LIST
Sungei Road Laksa: The Last of the Mohicans?