If I were to pick a dish to represent Singapore, my choice would be Bak Kut Teh.

It might seem strange that I should choose Bak Kut Teh over hot favourites like Chicken Rice and Chilli Crabs but after pondering upon this question for the last few years, I have come to the conclusion that there are a few unique things about Bak Kut Teh that places it ahead of the other dishes.

Firstly, the origins of Bak Kut Teh is closely tied to the founding of Singapore. We can trace its history back to the days when our forefathers came to this country to work as coolies. It was there in the Clarke Quay area that the Teochews and the Hokkiens started the tradition of drinking pork bone soup followed by tea as a way to provide an energy boost for the day’s gruelling work of carrying cargo off the bumboats into the godowns. No other hawker dish is so closely associated to the founding of Singapore as a key trading port for the British empire.

Secondly, Bak Kut Teh is one of the very few dishes that I know of that people can eat every day. No kidding, there are people I know (quite a few) who would meet up every day to eat Bak Kut Teh! Aside from Kopi and Kaya Toast, I don’t see any other dish that commands this kind of allegiance.

Thirdly, Bak Kut Teh is just about the only hawker dish that has some sort of ritual attached to it. Talk to any of the older folks and they will tell you of the importance of observing the Gongfu (工夫) Tea ceremony which accompanies every meal of Bak Kut Teh. Bak Kut Teh isn’t just another dish you order during a hurried lunch to fill the tummy and get back to work. One needs to take some time to make the tea with some finesse (工夫 – Gongfu) and enjoy a few cupfuls before starting on the pork bone soup. And just like wine with French cuisine, a good Chinese tea pairing can elevate the flavour of the pork bone soup to the next level.

So as you can see, Bak Kut Teh is a very special dish and one which we Singaporeans should be proud to embrace as a dish of heritage and ceremony!

Sadly though, the Bak Kut Teh ritual isn’t as widely practiced among the younger generation of Singaporeans. Just the other day, I was having Bak Kut Teh in Tiong Bahru when I overheard a customer asking “Why should I?” when the lady boss asked if she would like a pot of Tea with her Bak Kut Teh! That just shows how much of Singapore’s culinary culture is being diluted by the influx of global cuisines! It’s fine to try and pair wines with our hawker foods, but let’s not forget our very own culinary heritage!

Lionel Lim, the son of the founder of Rong Cheng Bak Kut Teh tells me that at his new restaurant in Mid View City, roughly half of the tables will order a pot of tea to go with their Bak Kut Teh. That is already quite good considering the fact that in same places, tea isn’t even offered at all!

But there is hope as the younger generation of Bak Kut Teh hawkerpreneurs are embracing the Gong Fu Tea ceremony as an integral part of the whole Bak Kut Teh experience. Just in the last few years the Bak Kut Teh scene in Singapore has seen many old brand names spawning new restaurants. Song Fa, Ng Ah Sio and Founder Bak Kut Teh come to mind. They represent the future of Bak Kut Teh in Singapore and thankfully they all recognize the importance of the “Teh” in Bak Kut Teh.

When Lionel decided to open the new branch of Rong Cheng at Midview City 8 months ago, he designed the restaurant with the Tea culture in mind. Each table is designed to have access to a pot of boiling water and traditional Tea sets in order for you to brew your own Gongfu Tea. However, the young hawkerpreneur realized that he still needed to do something extra to entice a new generation of Singaporeans to put the Teh back into Bak Kut Teh.

Unlike the older generation of Singaporeans who drink their tea really strong, the younger generation of Singaporean seem to prefer something a little more delicate. So he worked with Tea Merchant Pek Sin Choon to come up with an innovative heart shaped tea which opens into a beautiful “bloom” when infused. Instead of Oolong Tea which is traditionally served with Bak Kut Teh, the blossom tea is made with white tea leaves which are tied at one end to some Jasmine flowers which open up when placed in the water. The glass teapot not only allows the patron to admire the beauty of the bloom, it also makes it easier to drink the tea by serving it ready to drink in a pot thus bypassing the need to brew your own tea.

The Double Blossom Tea is very light on the palate, has a pleasant fragrance and went quite well with the Bak Kut Teh. It should appeal even to kids who is not used to drinking strong tea. But for a Teochew Ah Hia like me, it didn’t have enough kick. My wife insists that its because I am progressing from a Ah Hia (older brother) to a Ah Pek (old uncle) prematurely! But for me, I still like my Oolong Tea extra strong and brewed in the small teapot.

Rong Cheng‘s claim to fame is that they were the first to introduce the light version of Bak Kut Teh to Singapore. When Mr Lim Hai Chay first started serving Bak Kut Teh over 30 years ago, he added dark Soy Sauce to his soup just like everybody else in those days. However, he decided to break from tradition, left out the Soy Sauce and started selling a lighter version of Bak Kut Teh which has now become quite popular. He did it because he felt that one would appreciate the sweetness of the pork better without the addition of the Soy Sauce to mask its taste.

I know that there are many fans of the original Rong Cheng Bak Kut Teh, so the question is why they should want to visit the new eatery especially if it is only down the road from the old place?

Well, the new place is much bigger and is a dedicated Bak Kut Teh restaurant even though the prices are still the same. Parking is also more convenient and although accessibility by public transport would be a little more challenging. But apart from just the change in environment, there are some other differences which cater to the younger generation.

Aside from the newer Double Blossom Tea which we have already discussed, one fundamental change is in the tenderness of the pork. Like the other next gen Bak Kut Teh, Song Fa, which I wrote about recently, Rong Cheng is also going the way of boiling their ribs longer so that the pork can easily be peeled off the bone. However, if you still like your pork ribs bouncy, you can still request for them and they will cook it specially for you.

Rong Cheng only uses chilled pork for their Bak Kut Teh and basically they use Indonesian pork for their Long Gu (龙骨), Canadian Pork for their Pai Gu(排骨) and US natural pork for their sliced pork belly. Amazingly each bowl of Bak Kut Teh is $6 regardless of what cut of meat you are given! So, for those who simply ask for a bowl of Bak Kut Teh, they will be given an assortment of cuts. Ah, but for those in the know (like you guys), you can actually request for Long Gu and you will be given two sticks of it (subject to availability). Of course, if you are more health conscious and want something a bit leaner, you can also request for Pai Gu. Both are very good but there are differences in taste profiles of Indonesian and Canadian pork so it is up to you to decide which you prefer. But remember, “Ask, and you shall receive!” 4.25/5

Aside from the meat, the soup has also been modified a little. The recipe is the same but they have made it slightly less peppery in order to cater to children. They also cater to families who might be dining there who want more dishes to complete their meal. So you would be able to order Cze Char favourites like prawn rolls, omelette and steamed fish if you are dining there with family and friends.

Every day is a good day for Bak Kut Teh! Even if it is a Monday when most Bak Kut Teh places are closed for the lack of pork, you can still satisfy your craving here at Rong Cheng! The new eatery is bigger, more airy and parking is convenient. (Free on Sundays) The soup is still pretty much the same, albeit a little less spicy and Rong Cheng fans who have secretly wanted the pork to be a little more tender would also be happier at the new place. 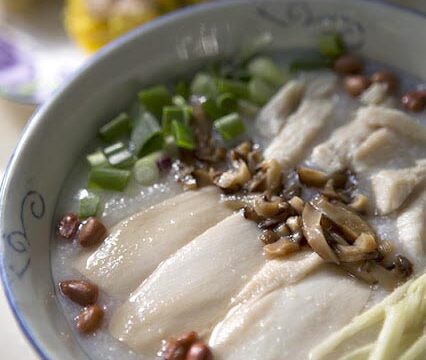 THE MUST TRY LIST
Gen Shu Gourmet: Do you know the story of Sampan Porridge?
Next 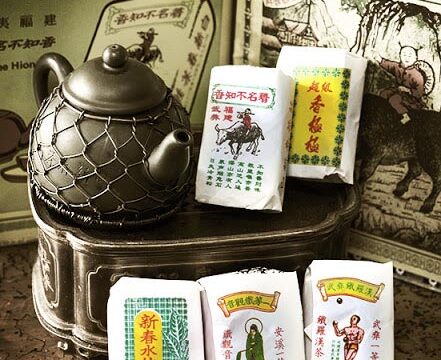