I usually get more than a meal every time I visit Restaurant Kin.  I go away feeling like I have just spent a day at the museum, but with a full belly to boot.

Chef Damian is a treasure trove of information about local dishes, especially those that are on the brink of being forgotten. This time round, I gained an deeper appreciation for Nasi Ulam.  This dish had been an enigma up till now.  It had always seemed like an unecessarily complicated dish that is much touted by the person who made it.  I have never understood what the fuss was all about…  until now.

Chef Damian’s Nasi Ulam is the only one which I have actually finished.  It does help that the portion is small, but I really wouldn’t mind just having it as a main course instead of a starter.

In case you are not familiar with Nasi Ulam, it is basically a dish made of cold rice with a melange of indigenous seasonal herbs such as ulam raja (cosmos or The King’s Salad), daun melinjo, limau purut (kaffir lime leaf), daun kunyit (turmeric leaf), aromatic ginger leaf (cekur), winged bean, snake bean and cucumber.  The combination of herbs vary according to chef, season and availability but it is the aroma of fresh cut herbs that really defines the dish.  Chef adds a combination of wolf herring, sand prawns and salted fish for umami to complement the herbaceous notes.

Nasi Ulam has traditionally been used as the ultimate test for a potential daughter-in-law in Peranakan households!  Knife skills are tested as the herbs have to be thinner than a strand of hair and her sense of balance and touch is assessed by the way she uses her fingers to mix the rice and the ingredients!   4.5/5

Note:  This dish needs to be pre-ordered 3 days in advance. 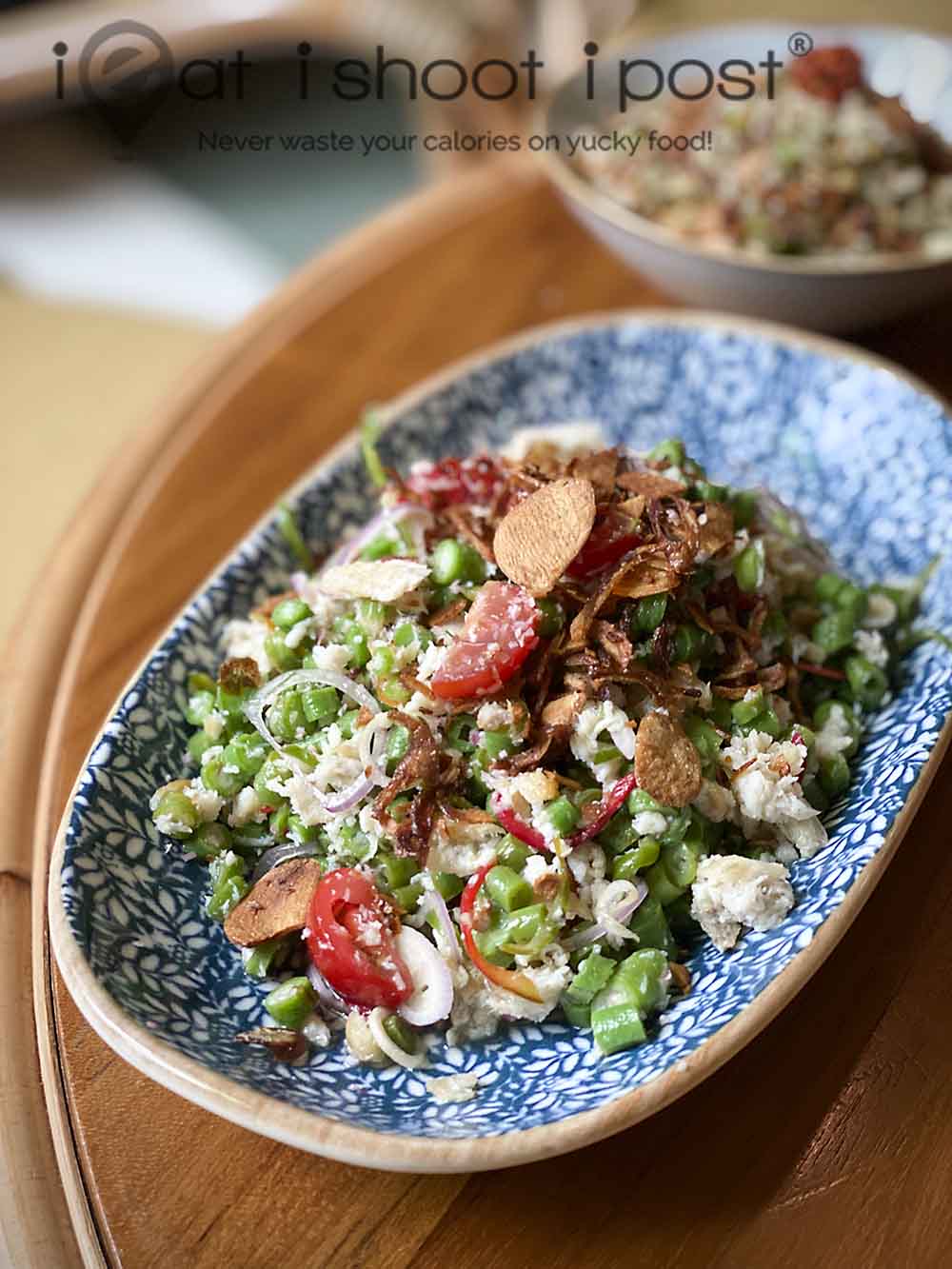 Another starter which caught my attention was Chef’s Kerabu Ikan Goreng.  Kerabu is a Malay style salad which is tangy and refreshing and was traditionally made with leftover ingredients.  They are usually served as starters or side dishes and there are many versions of it.  Again, this is also another dish in need of revival before it gets lost in the annuls of time.

Chef learn this particular recipe from his grandfather and it includes wild-caught Korean Seerfish (Tuapan) with fresh tomatoes  quick blanched long beans, shallots, chilliies, turmeric leaves, ginger flowers and rounded off with calamansi juice to give it a zesty tang .  It’s a wonderful combination of texture and flavours and excellent as an appetizer!  4.25/5 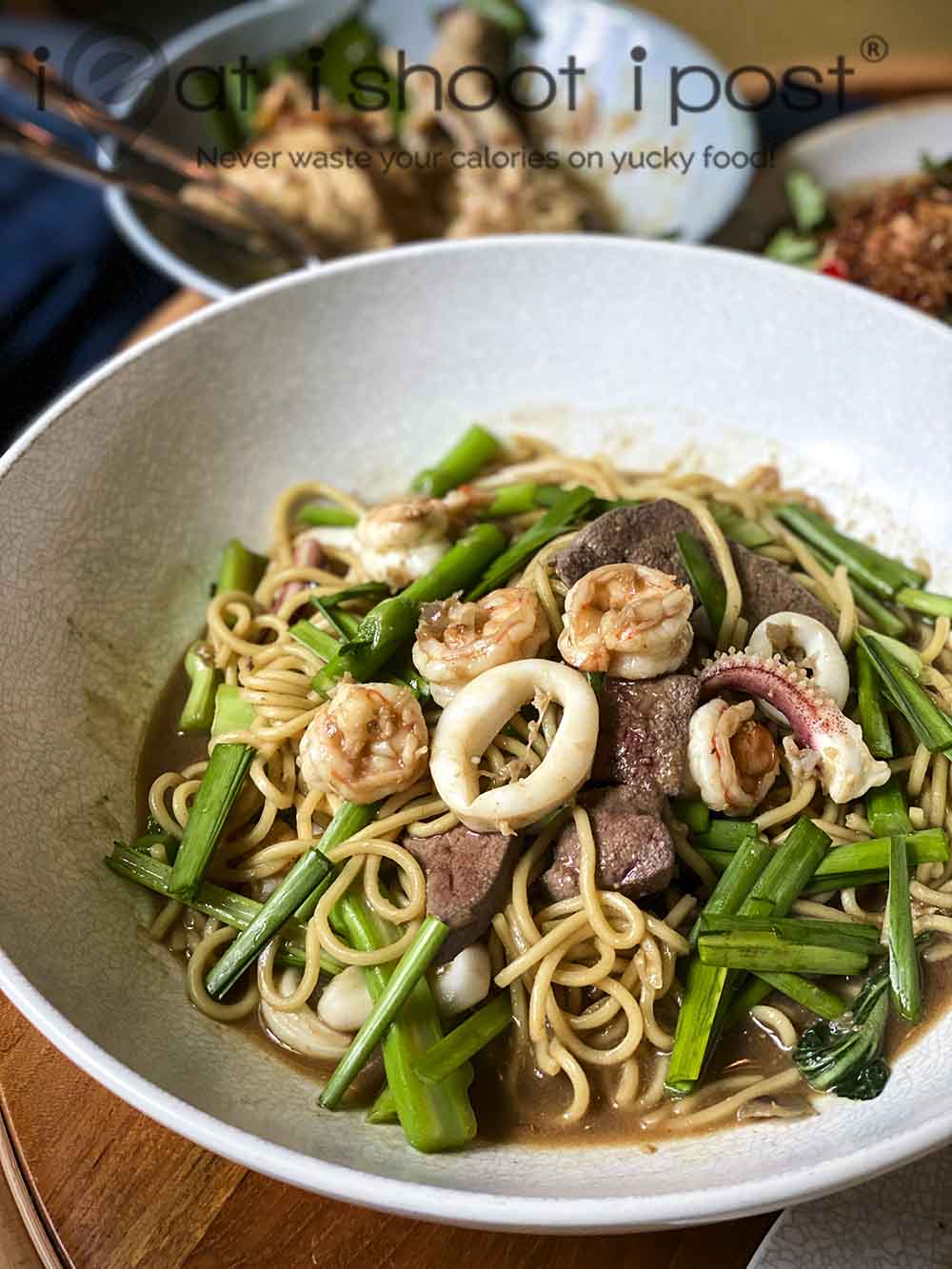 Also new to the menu is a dish which we are all familar with, or so we think….

“In the old days, real Hokkien Mee had the kind of gravy that was mind blowingly big on flavour, and the prized seafood ingredients it was made with varied depending on where you had it – clams, squid, some stalls even added crab to the broth. This is what we hope to recreate today, in every last drop of gravy.”

This was the kind of Hokkien mee that originated from Fujian of which our current Hokkien Mee had evolved from . To make the special stock, Chef makes seven separate stocks from pork bones, prawn shells, dried anchovy, scallops, prawns and cuttlefish and then carefully combines them to get the right balance of flavours!

The stock was delicious, but alas, they ran out of pork lard on the day I visited and so I felt the Hokkien Mee was missing something!  I also felt that Hokkien Mee actually tastes better with a bit of that “kee” (lye water) taste.  Chef’s specially sourced whole egg noodles lacked that “kee” flavour and the texture could be more lively.  4/5 Opor Ayam is a traditional Javanese specialty which dates back to the time before the Portugese brought chillies to the South East Asia! Chef cooks the chicken in coconut milk & an aromatic rempah of lemongrass, candlenut, cumin, coriander seed before finishing it in the Josper grill to give it that smoky flavour.  Goes really well with a plate of steaming white rice!  4.25/5 This is a dish that is cooked by Eurasians and Peranakans but whose origins are from the Teochews.  Chef only buys Spanish Mackeral caught along the East Coast of Malaysia, pan fries it and then cooks it in a sauce of preserved bean paste & ginger, vinegar, sugar and salt.  It is a fairly easy dish to cook and is one that makes its appearance in many households.  4/25/5 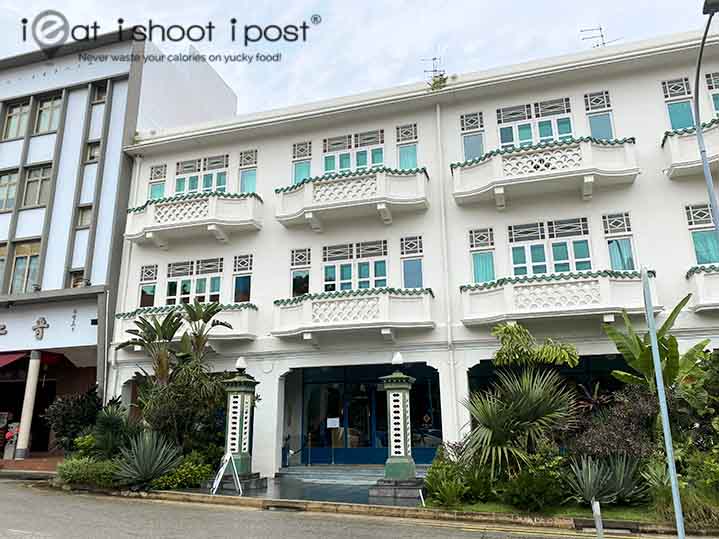 Perfect place to rediscover some long forgotten flavours of Straits cuisine.  Chef Damian D’Silva’s insistence on doing everything “by the book” guarantees that you will experience nothing but the best of Singapore’s cuisine.

Kindly contact the restaurant directly for reservation. This is not a reservation site. 🙂 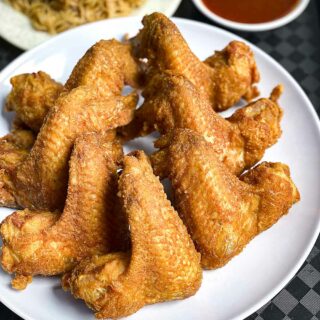