I generally eschew buffets.  I find most of them to be pretty generic and nowadays I usually only have them when it is part of the hotel breakfast package.  Oh, there was a time when I used to love buffets.  But that was a long time ago when my appetite was much bigger and my palate, less discriminating.  Buffets were a great idea then.  You starve yourself for the whole day, then pay one price and try to eat more than your money’s worth of food.  It used to be a profitable venture for me, but not anymore since I can’t eat as much and the prices of buffets have gone up significantly in the last decade. 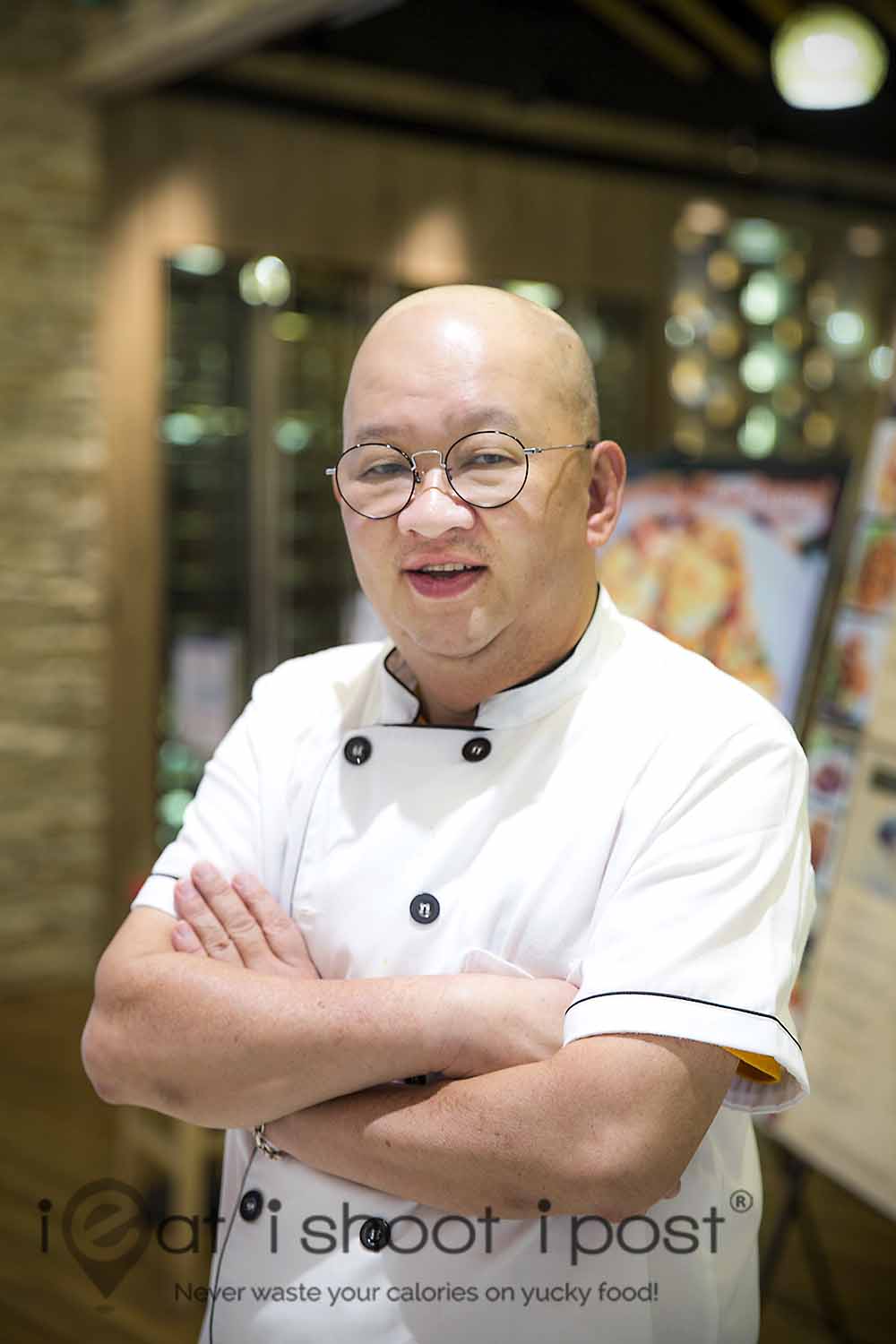 Penang Place is quite the exception.  Not only does the food have character, but it is one of the few places where you can eat all you want for less than $25. (weekday lunch) For me, that doesn’t mean that I get to eat myself silly, but that I get to try as many different dishes I want at prices reminiscent of the 90’s.

The man behind the authentic dishes is Head Chef Alvin who hails from Jalan Jelutong in Penang. He has been the man behind the dishes at Penang Place for the last 15 years!  Chef imports many of the ingredients himself directly from Penang and still insists and making everything from scratch. 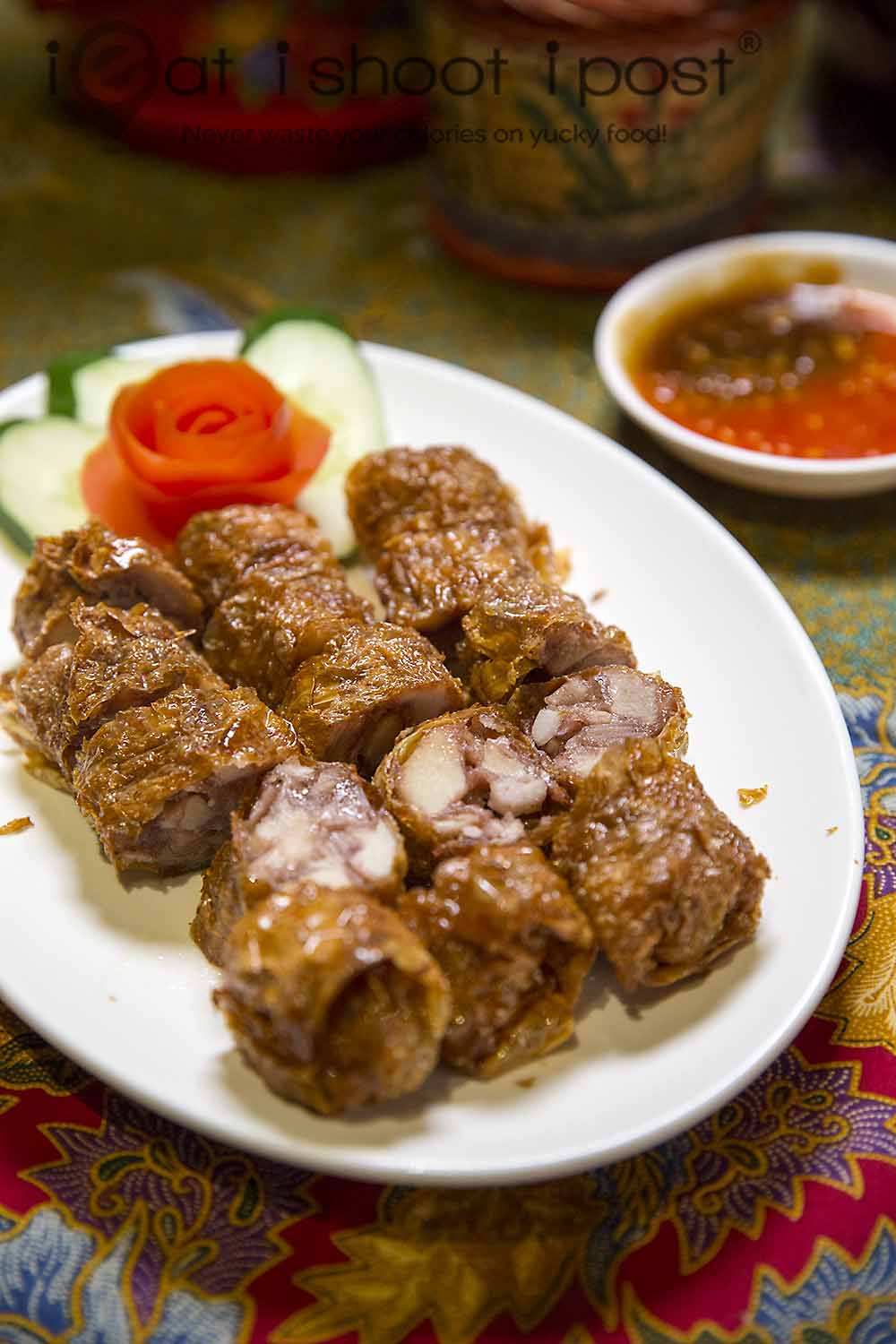 One of the dishes I enjoy is the Penang lor bak, which, surprisingly, is made from chicken instead of pork.  (The restaurant doesn’t serve pork though it isn’t halal certified)The secret ingredient is a special five spice powder from Penang which has to be specially procured from a particular medicine hall.   I do miss the pork fat in the lor bak but if I didn’t tell you about it, you probably wouldn’t have immediately realized that it was made of chicken!  4.25/5 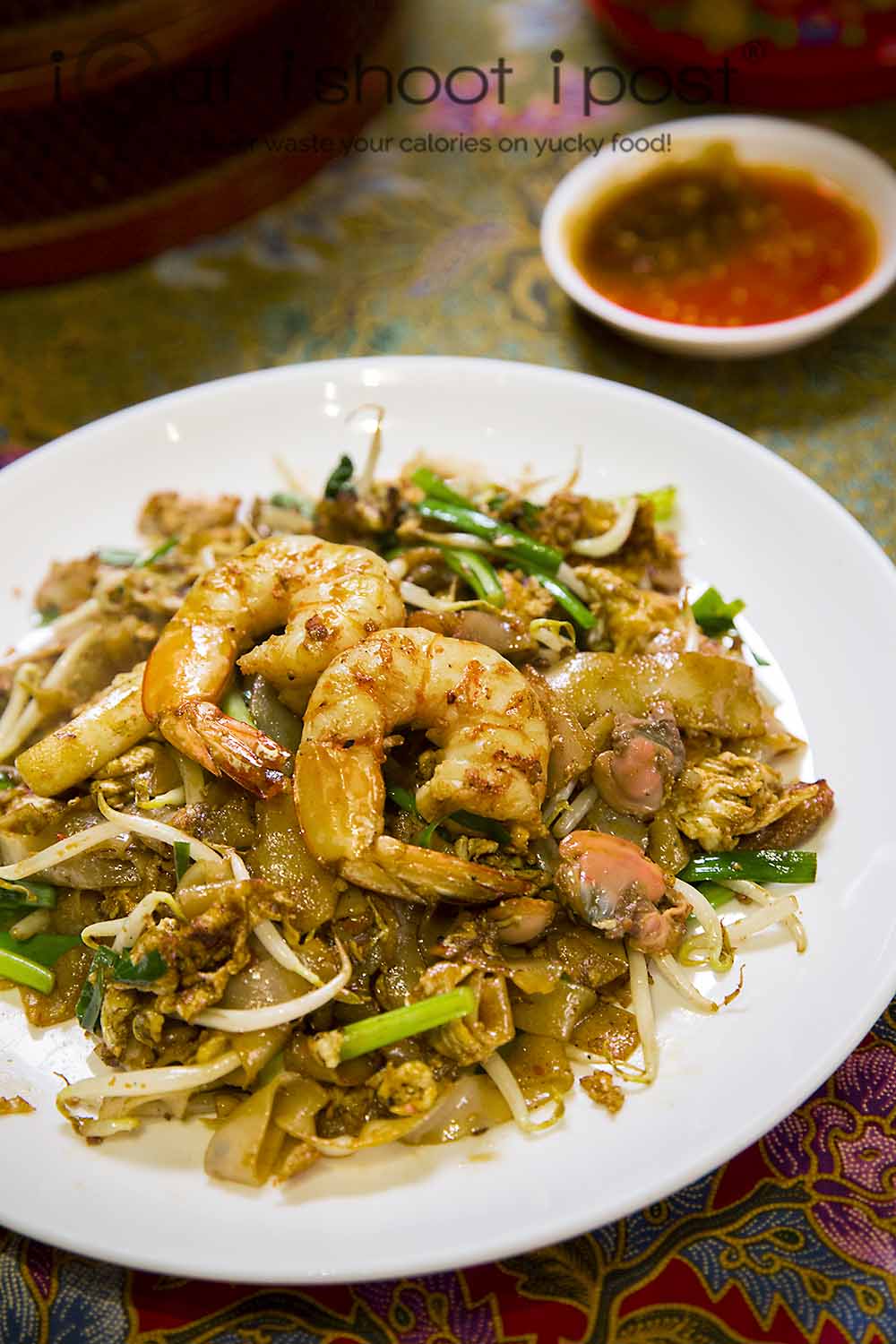 Their Penang char kway teow is also very good and has the requisite wok hei aroma when it arrives at the table. It is part of the buffet, but they make it a point to fry it fresh a few times during the buffet service.  To make up for the lack of pork lard, Chef Alvin uses oil that is used for frying the chicken to fry the kway teow so that it still has  flavour. They have recently offered a big prawn version of the the char kway teow and the prawn mee which you can order ala carte for $12.90++.  Its good for a quick meal if you are not intending to go for the full buffet.   4.25/5

The curries at Penang Place are very good.  Of special note is the dry sotong curry 4.5/5 and the beef rendang 4.25/5 which were both excellent.  I also enjoyed Chef’s Penang otak otak which is wrapped with daun kaduk leaves which Chef harvests himself from the surrounding area!  Talk about foraging for food! 4.25/5 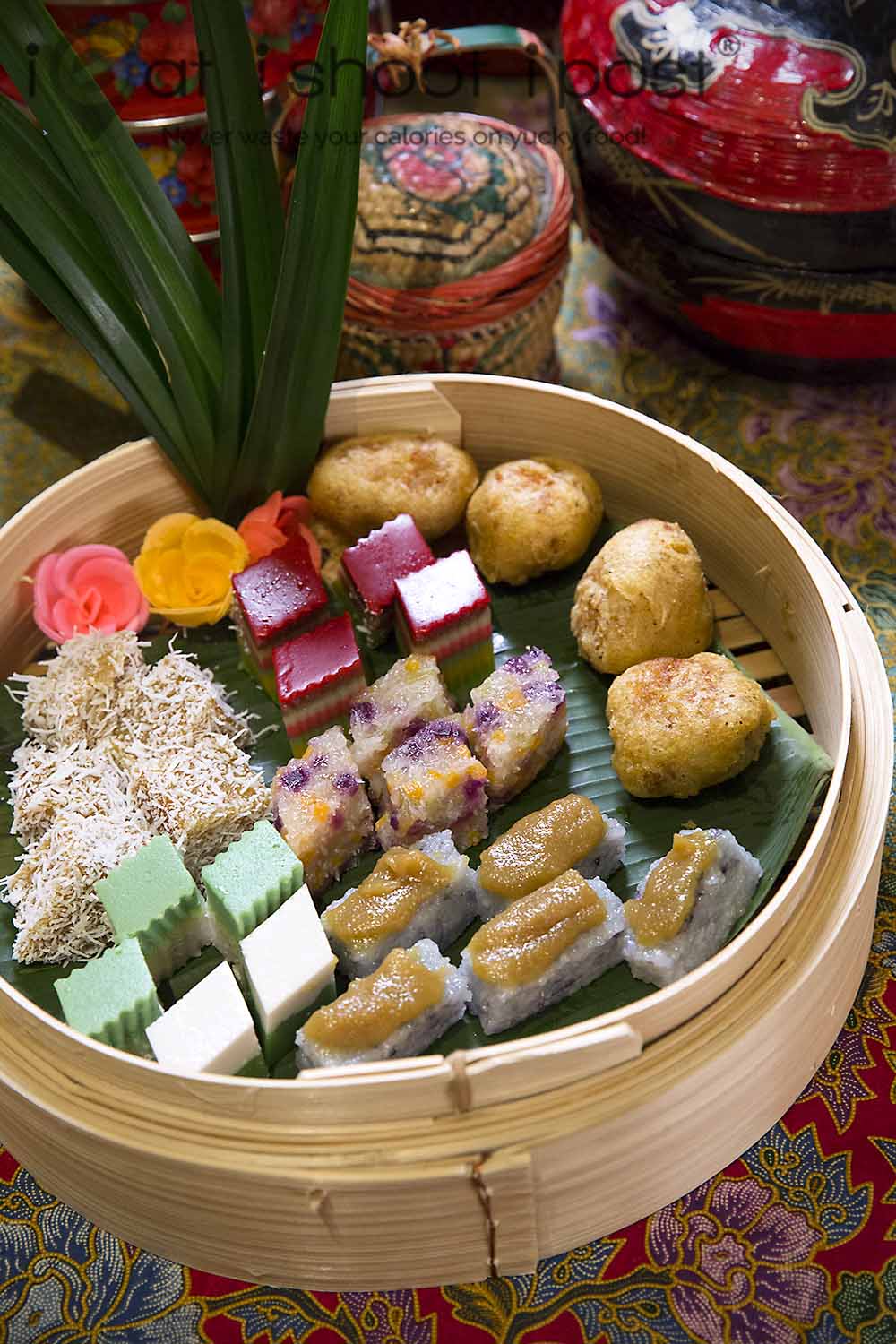 Make sure you leave room for desserts because they are one of the highlights of the meal there.  All their kuehs are made in-house by Chef Alvin.  The kueh kosui is really fragrant because coconut milk was added to the batter before steaming.  4.5/5 Chef also makes a special kueh from three different types of sweet potatoes which is really good!  He even makes his own kaya the traditional way, slowly stirring it over a low fire for hours!  4.25/5 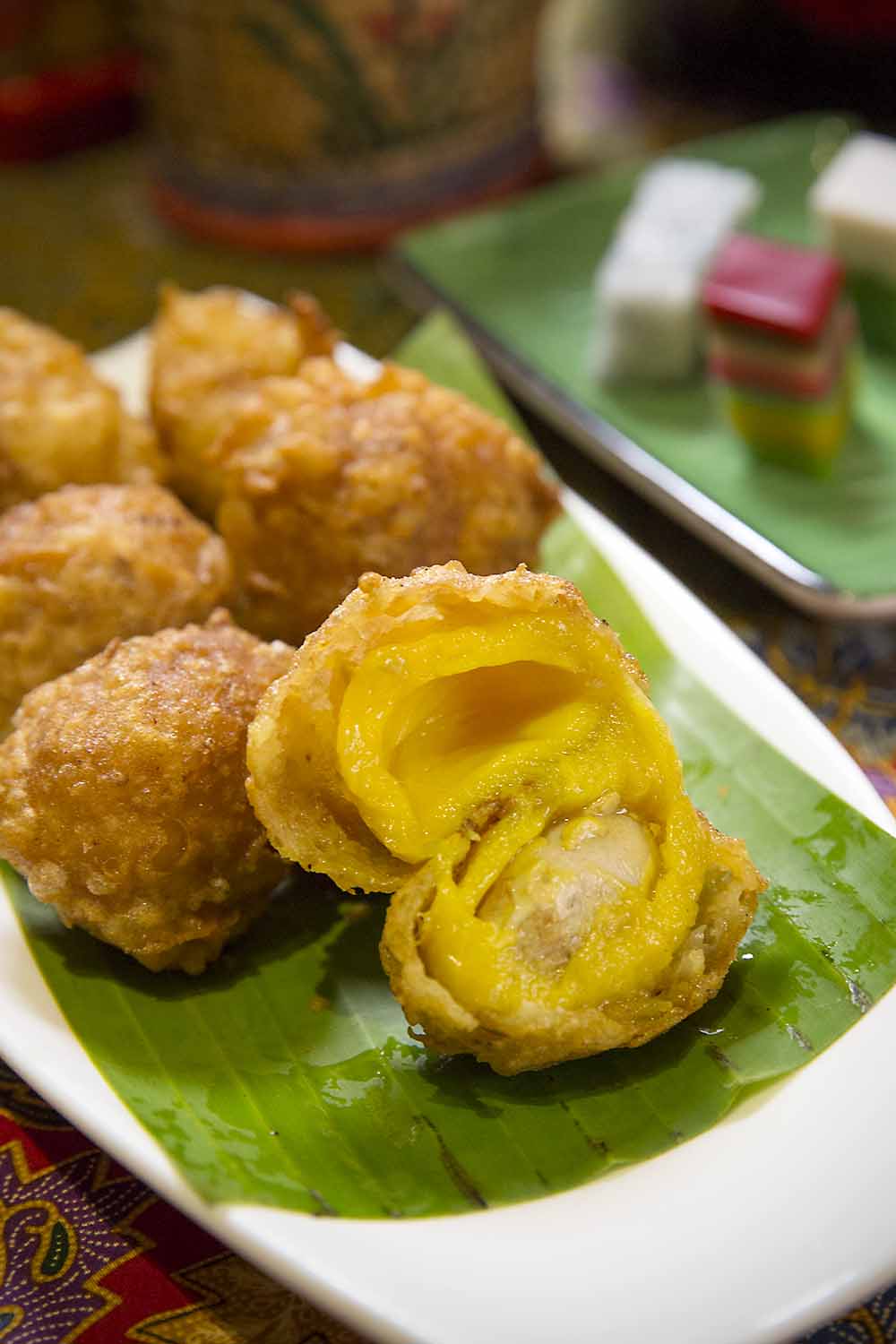 Their fried cempedak is very good.  It is a simple dish of cempedak dipped in a batter and deep fried but I couldn’t stop eating it. It was even better with ice cream!  4.5/5

There is one dessert which I was disappointed with and that was the cendol.  Unfortunately Chef doesn’t make his own cendol and the pandan fragrance was lacking.  3.5/5  However, I heard he is in the process of procuring a cendol press, so that will hopefully change in the near future! At a time when most hotel buffets start from around $50, Penang Place is not only cheap but the food quality is excellent and they offer a unique spread of Penang food which is not easily available elsewhere!

Disclosure
This review was done as a media tasting.  That means the food was provided free but no fees were paid for writing the review.

Hi, I would like to book for 3. This Saturday dinner.

Hi, this is not a booking site. Kindly contact the restaurant directly for your booking. Enjoy your meal! 🙂 THE MUST TRY LIST
Eastern House of Seafood Delicacy: Lobster Hokkien Mee!
Next 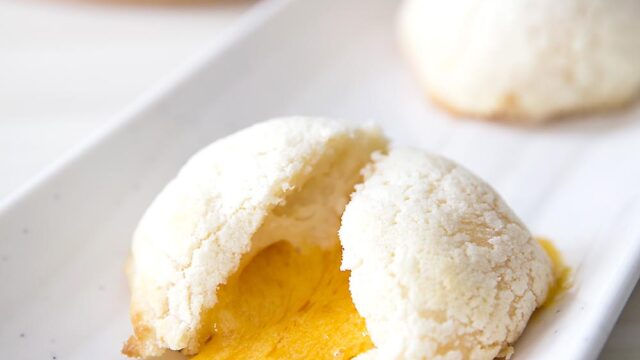