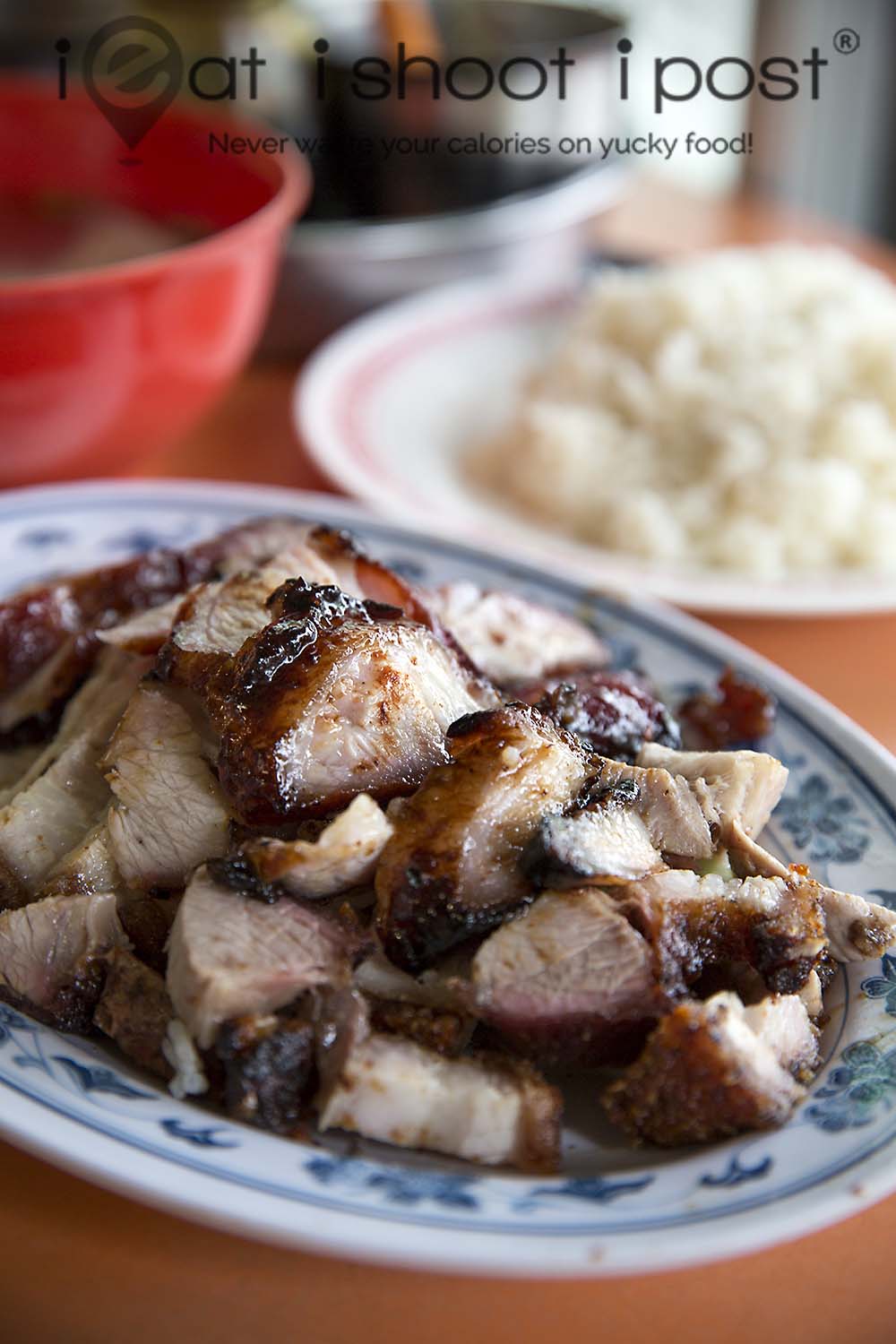 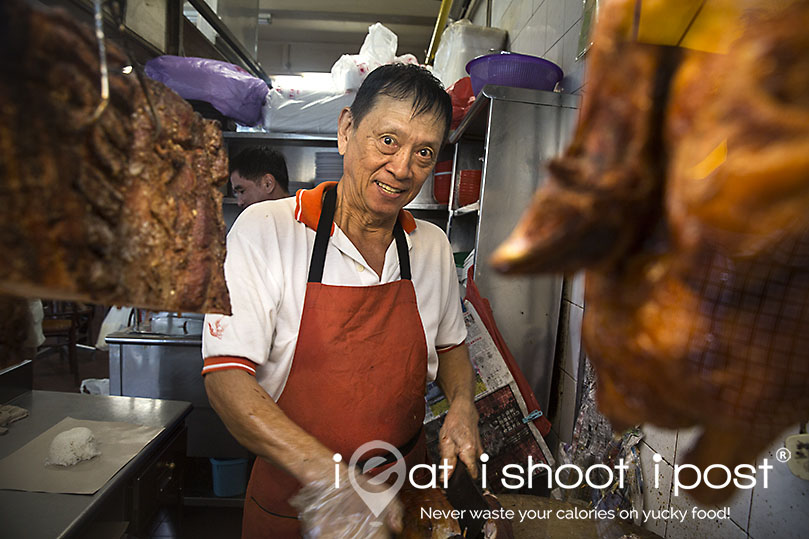 The stall owner, Mr Moh has been running the stall since 1967.  Being Hainanese, he first started out selling Chicken Rice.  Business was slow when he first started but it picked  up in the 70’s when he started selling roast meats.  The char siew recipe was something that he concocted himself and can rightly be called a Hainanese style char siew. 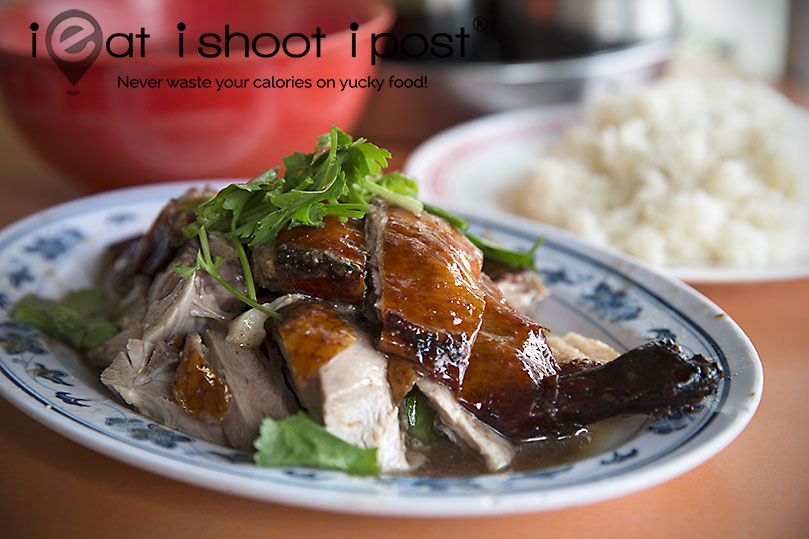 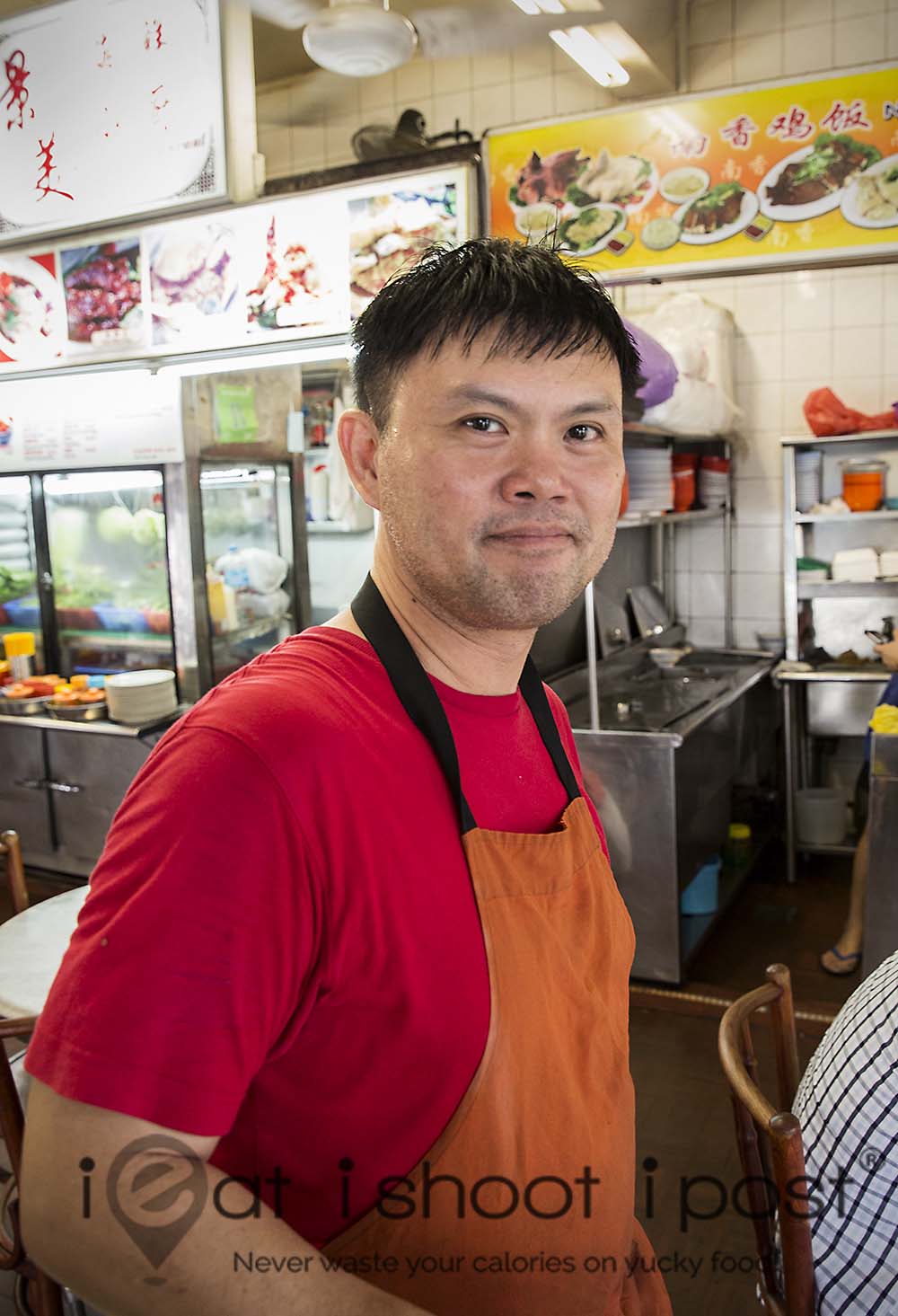 Should try their roast chicken as well! Also the original stall owner is the evening shift uncle. I have been eating his chicken rice since 20 many years back. Back then, the stall is only opened in the evening only.

I think we should honour credit when it’s due, the original evening uncle deserves praise for serving nostalgic kfc “flavoured” roast chicken and fatty char siew.

Ah this looks amazing. I hope to make it back to Singapore this year!!!

I was there with my family to eat one Sunday. Asked for all 3 meats as my mother was there and I wanted to give her a treat. Seller give black face when I ask for 3 meats. Ask me whether I want if $7 per person. I said is ok. Then seller supplied but the char siew is like super fat. When I asked for chicken breast (meant to tell him earlier but taken aback at his behaviour, he complained that I never tell him earlier . Won’t be coming again. Super bad attitude Hope it close down for zero customer service.

That is unfortunate. I wonder if the son was around or if you were served by the workers?

Interesting that you were there for the char siew as this is my favourite place to go for a combination of roasted duck drumstick with roast pork on chicken-flavoured rice (not plain white rice) with the chicken rice chilli. I shall return to try their char siew and chicken rice once of these days. Jimmy is nice to chat with too. Enjoy! 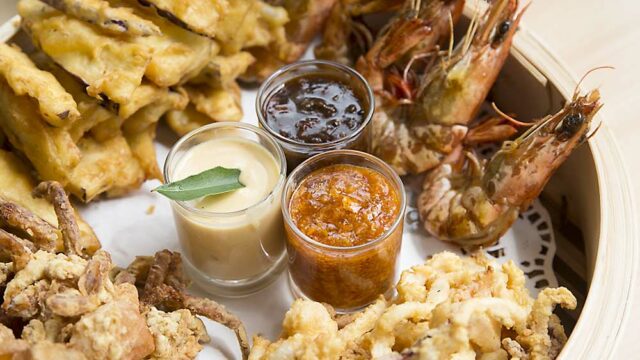 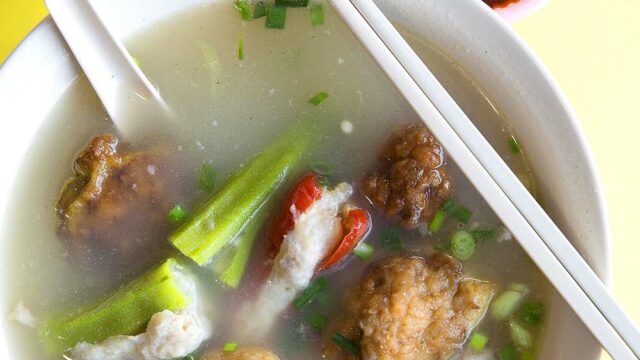