You may recall that over the course of several makan sessions in 2010, the ieatishootipost community managed to raise $22k to buy a vehicle for the children in Sandakan. You may also recall reading that the sales of “The End of Char Kway Teow” books netted $21,966 for thefor the ieatishootipost School building Fund. Back then we were already impressed by the generosity of our not-so-little rag-tag group of food lovers, but nothing could have prepared us for what we saw at the Fukuichi Japanese Seafood Fest.

In this one makan session we managed to raise $21,500 which was matched dollar for dollar by MHCAsia for a grand total of $43,000, and this was from justone makan session!. This is the largest single haul that our community has been responsible for to date!

I’ll give you a moment to let the enormity of that sink in. 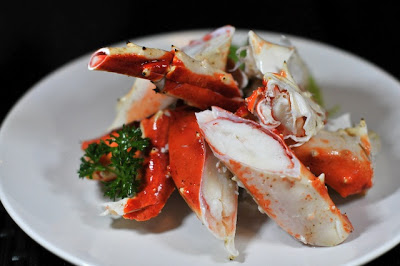 It costs about $1,000 to build a schoolhouse in Sandakan. Together with the money raised from book sales, theieatishootipost School building Fund tally now stands at $65,746 which is nearly enough to build 66 literacy centres. Give yourselves a hand, friends!

For those who weren’t able to join us, I’m sure you’re wondering how the food was. Well, I don’t mean to make you envious, but we were treated to a sumptuous spread that showcased fresh seafood as well as the skill of chef John Phua and his capable staff. Of particular note were the Chilled King Crabs. Now I’ve had Alaskan king crab legs before, but thesewere especially firm and fresh, andwere about 50% larger than what I was used to. I spoke to the restaurant manager and found out that these were “3L” sized crabs, which is the largest size grade of Alaskan king crab. No wonder. 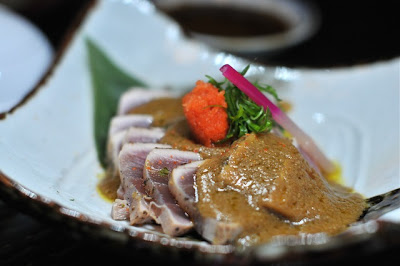 The name of this dish is a little deceptive. If you’re like me (I’m quite a Sua Gu when it comes to fine dining) you’ll pick up on the “foie gras” and overlook the tuna in the title. It pains me to admit this, but when I read the dish description that’s exactly what happened. This was rectified as soon as I popped a sauce-coated slice of tuna into my mouth.

I know I’m starting to sound like a broken record, but freshness really was a motif at this seafood-themed makan session. The tuna was really fresh! Every piece was just lightly seared around the edges with the inside left relatively untouched by heat. Contrary to my initial assumption, the sauce was merely accompaniment that accentuated the mild tuna flavour. To be honest, I wouldn’t have guessed it was a foie gras sauce if I hadn’t read the menu beforehand; that’s a good thing in this instance because the fresh tuna was the focus of this dish (and rightly so).

Japanese Seafood Fest Menu
If you missed out on this makan session, don’t fret. Fukuichi Japanese Dining is offering the makan session menu as a set priced at $75nett per pax, with a minimum requirement of four diners. Please book at least one day in advance to allow them enough time to prepare. Offer lasts till end of April 2011.

Read the Goducate report on the event here.

Thanks to our following sponsors for their generous donation! 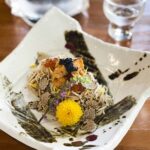 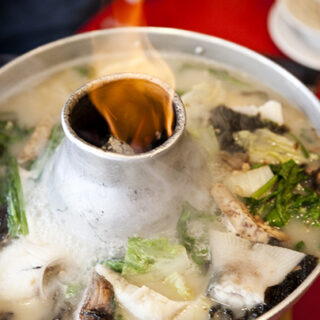 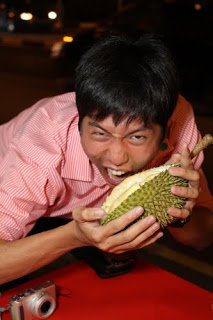