Easter: The Meaning of Life – in one sentence

Can you summarize the meaning of life into one simple sentence?

Well, if you consult the Hitchhiker’s guide, the answer to the Ultimate Question of Life, the Universe, and Everything is simply 42.

If you ask the Physicists, the answer to the ultimate question as to why we exist lie in what is known as the Unified Field Theory. Basically, if you can explain why the Big Bang occurred and come up with an equation to represent it, you would have distilled the meaning of life into one simple equation. Modern Unified Field Theory attempts to bring the four fundamental forces in the universe into a single framework, thus explaining the very nature of existence. OK, physics is not one of my favorite subjects so that is about all that I can make out of it.

But how is 42 or a mathematical equation going to help you understand your meaning and purpose in life? How is E=MC2 going to solve the problem of evil in the world? Obviously it can’t, which is why there is philosophy and religion. These two exist because there is an undeniable need for us to explain things which science can’t. You can explain how a baby comes into the world with biology, but you can’t explain why that smile makes you melt. You see, even if you think that the answer to the meaning of life is 42, that does not give you any direction on how to live your life.

This weekend is Easter and it is during this time that Christians remember the death of Jesus Christ. So what is the meaning of his life and how is it relevant to us? If I were a reporter at the scene of his death on the cross, my one paragraph summary of the life of Jesus Christ might sound something like this:

“Yesterday saw the crucifixion of the 33 year of carpenter from Nazareth, ending the very short life of the self styled revolutionary who attracted a huge following with his charismatic sermons and uncanny ability to perform miracles. The “Rabbi” or “Teacher” as they called him was found guilty of sedition against the Roman empire and was sentenced to death by crucifixion. His disciples, which at one stage numbered in the thousands were nowhere to be seen. Jesus was known and admired by many to be a great teacher who preached peace and non-violence and was considered by some to be the possible Messiah. It looks like they were wrong… again.”

What happened on Easter Sunday that changed the cowardly disciples into men of great valour? Jesus died without leaving behind any books about his teachings. He only left behind his disciples. If his disciples were all in hiding during Good Friday, what made them suddenly turn into martyrs, if not for the fact that they had really seen the Resurrected Jesus? The existence of Christians today hinges on this fact.

One of his disciples was so transformed by the Resurrection event that he eventually wrote the very familiar words that summarizes the meaning of Jesus’s life into one elegant sentence.

“For God so loved the world that he gave his one and only Son, that whoever believes in him shall not perish but have eternal life.” John 3:16

I have been thinking about this for a while and I believe that there are common threads that are found in many philosophies and religions of the world. These all revolve around doing good for humanity, loving and serving others, not having hatred in our hearts and having an attitude of gratitude.

If you look closely at John 3:16, you will notice that there are three key verbs. These are “love”, “give” and “believe”. These three verbs summarizes the meaning of the life of Jesus and I believe they also apply to us. So basically, we humans are created to believe in God and to love and to give of ourselves in service to others.

I think this one verse is actually the answer to the meaning of life which I have been searching for. I had thought that the answer would make up a thesis of sorts but I think the answer is as simple as a verse which I must have read it hundreds of times over.

Thanks for taking the time to read this. If you have any questions about Jesus and the meaning of Easter, please do write to me at leslie.tay@gmail.com. If you are still wondering what to do on the morning of Good Friday, do join us at Chinese Swimming Club at 10am for our Easter gathering followed by a buffet Lunch. All you have to do is to tell the Security that you are coming for the TGIF event.

May I take this opportunity to wish all Christians a very Blessed Easter! 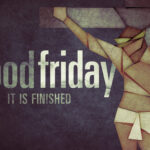 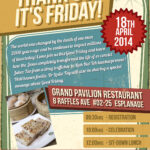 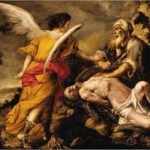 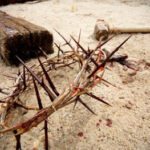 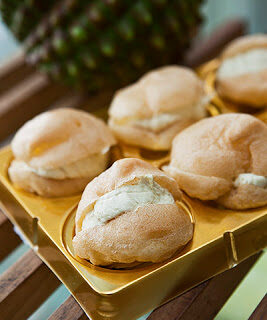 The Value For Money List
D’Pastry: Durian Puffs at Wholesale Prices
Next 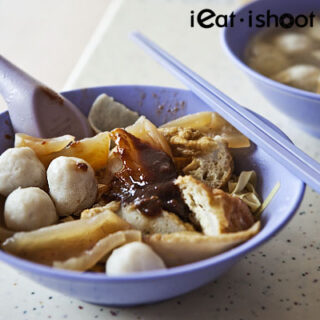