With my Teochew Ah Di, Wahcow 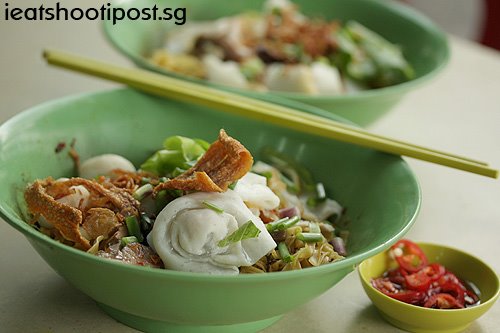 Here’s another one of those stalls that you better be quick to taste because the original hawker is already past 72 and even though he still looks like a “Lao Yankee”, and behaves like one, he himself admits that at most he has 10 years of Mee Pok Tak left in him. Actually, he still looks quite good for a 72 year old. When I asked him why he wears a long sleeved shirt while he cooks his Mee Pok, he simply replied, “Cos I want to look good!”

Talking about the subject of aging, I know for most of our readers, hitting the eighth decade might still be quite a long time away. For us who are hitting middle age, it is like “Oh my, I am more than half way there, and the 2nd half is going to go quicker than the first half”. I once heard a preacher (An Anglican Bishop in his 70’s) say that every morning when he wakes up he goes, “Ay! I am still around!”. It is almost as if after you cross the life expectancy age (78 for men, 82.8 for women), every day is a bonus. Are there anyone here that fall into this category? 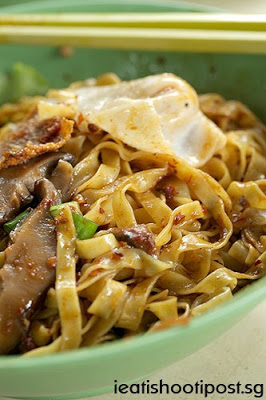 Anyway, if you do have the fortune of passing the life expectancy age, then it really does give you the passport to do whatever you want, right? I mean, who cares if your Doctor tells you to stop smoking? “Ay, Doc, been smoking for 50 years and my bus still arrive at the interchange. You asking me to stop now?” Well, if you are in that category, then when it comes to food, I guess you can also just indulge in a bit of Mee Pok Tar which has a chilli made with good old Pork Lard. 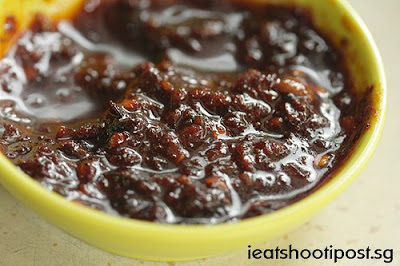 Mr Liang proudly tells me that his chilli is made from Pork Lard, Buah Keluak, Hae Bee and Dried Chilli. For a person who always orders Mee Pok Tar mai Hiam (no chilli), I can tell you that this is one stall that I would ask for extra chilli. You see the main problem I have with Chilli is that most stalls just want to make their chilli hot hot. However, the chilli here is not overly spicy but the flavour is oh so addictive that you can just sit there and just pick on it with your chopsticks.

The other “champion” item is the Fish Dumplings (Her Giao) which Mr Liang still proudly makes himself. The slightly gooey texture of the meat filling is very good and it is one of the most memorable Her Giao that I have had.

Too bad the Mee Pok itself was not as QQ as I would like it to be. Otherwise it would have scored a higher rating. 4.25/5

Very good bowl of Mee Pok Tar and you get quite a big bowl for $3! Do yourself a favour and order a bowl of Giao Soup and try the chilli especially if you are the type who don’t usually take chilli. It might just make you change your mind. 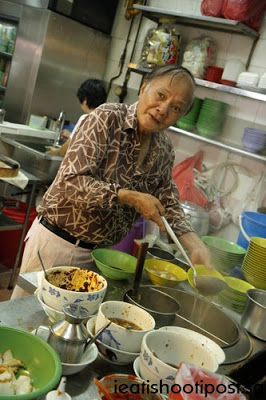 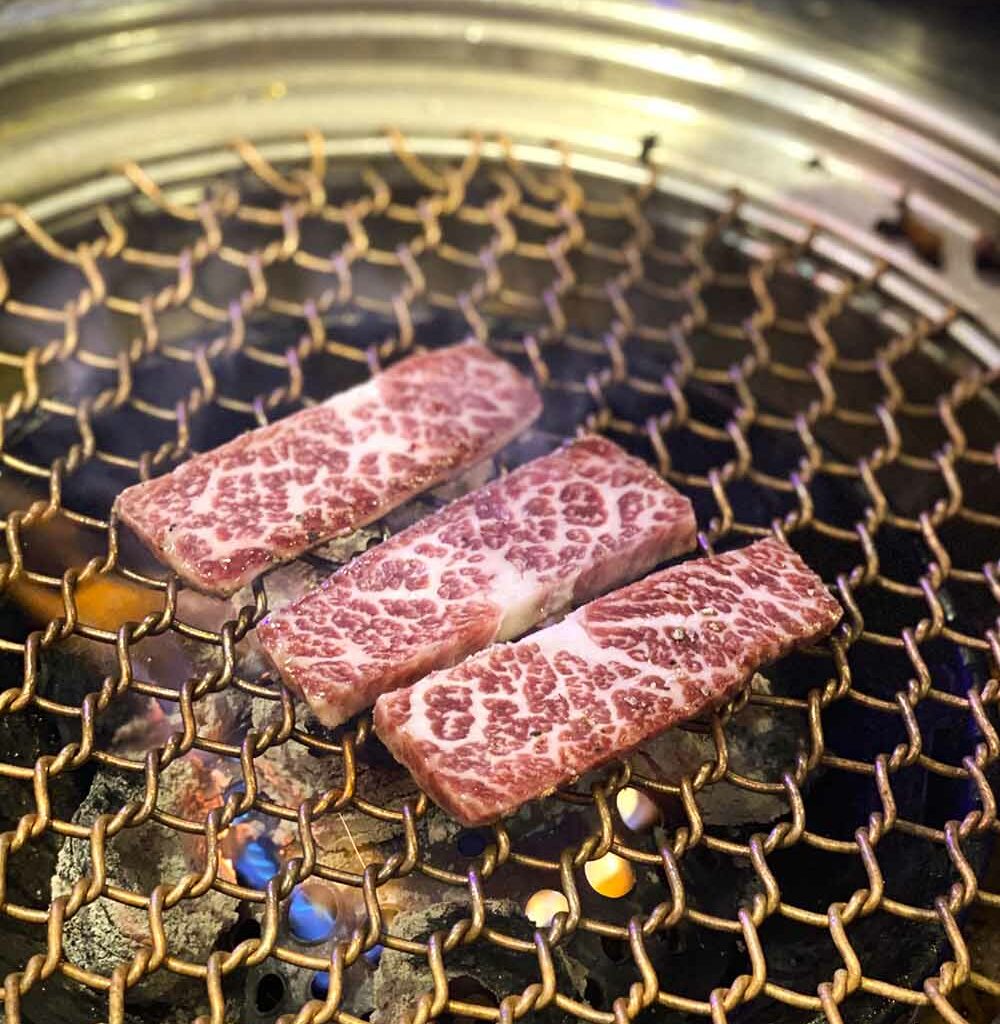 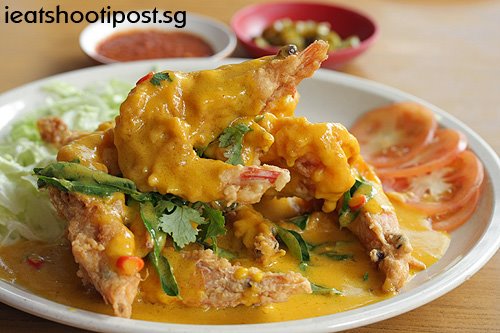 THE MUST TRY LIST
Siang Hee Restaurant: When Hawkers do it, it is not called Fusion