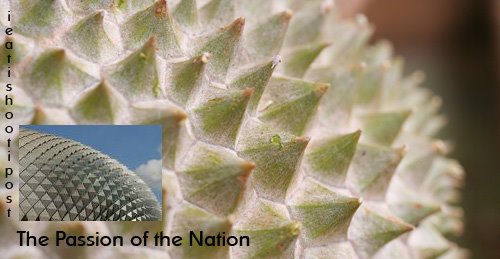 I think it was my brother-in-law who told me this account of him going up to the Durian Seller when he was still a kid, enquiring about the Durians he was selling. The Durian Seller asked him whether he had any money, to which he replied “No”. The Durian Seller then scolded him in Hokkien: “bor lui ai orh jia liu lian?” (No money want to learn to eat Durian?!).

According to a Harris Poll, the least trusted occupations in the US are actors, lawyers and stockbrokers. I think in the Singapore context, Durian sellers must be one of the top three. How many of us have been tricked by a Durian Seller before? Oh yes, I have heard of and experienced first hand, how they switch Durians, rig the scales, try selling you the ones with the worms in it, and trick you into thinking that a Thai Durian is a D24. Thankfully, there are some reliable ones around and when you find one, people tend to stick with them. So I am sure that many serious Durian lovers out there have their own personal Durian broker.

Durians are just such an interesting topic that I could write quite a few blogs on them. From the way they make your throat sore, to the urban legend that one can die from eating Durian together with whiskey. In fact, there people have been documented to have died from eating too much Durian as in the case of a kidney failure patient who died of high potassium levels. (Durians are high in potassium). I am not sure if there has been cases of diabetics slipping into diabetic coma due to sugar high sugar levels, but I won’t be surprised.

One of those things that have always puzzled me in my medical profession is how Durians can cause sore throats. Of course the Chinese attribute it to heatiness, but I have yet to settle on a satisfactory physiological explanation for it. Our western medical textbooks certainly don’t have a chapter on “Durianitis” (Sore throat caused by Durian). I suspect it may have something to do with how the smell can linger on your fingers for such a long time. The same tenacious substance must also linger at the back of your throat for a prolonged period of time, thus causing inflammation. Funnily, in my years of practice, very few people have ever consulted me for a Durianitis. I guess it is because the remedy is already quite well known. At any rate, there isn’t a Anti-Durianotic for Durianitis and I have never had to issue an MC for a Durian sore throat. (At least nobody ever admitted to it)

I guess when it comes to Durian, the D24 is perhaps the best known brand around. But this one is getting so common that our very smart Malaysian neighbours have come up with hybrids in order to get Singaporeans to dig deeper into their pockets. So nowadays, D24 is no longer the best. You’ve got Mao Shan Wang (Cat Mountain King), XO and a list of D numbers from 1 to infinity. I bet you that in 20 years’ time, we will be dealing with D8878 or something like that. So I thought it would be interesting to actually blog a few of these money grabbers. 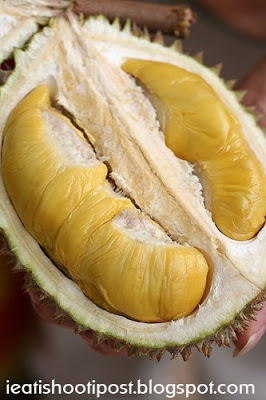 First up is the popular Mao Shan Wang (Cat Mountain King) which is the current hot favourite. The flesh is a deep golden colour and is sweet and creamy with very little fibre. Quite a safe bet if you are trying to impress someone. But be wary. The deep yellow colour indicates a high sulphur* content and you might want to make sure that you are not caught in a lift with your boss or your first date for a prolonged period of time after eating this! Even though opinions on the smell of fresh Durians is equivocal, you can be certain that the reaction to the smell of Durians after they have been processed by the body is quite universal. 4.5/5 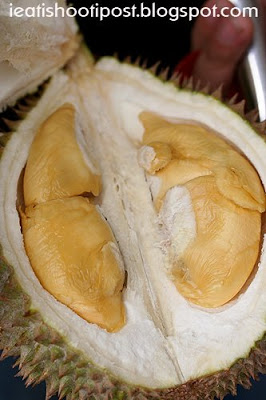 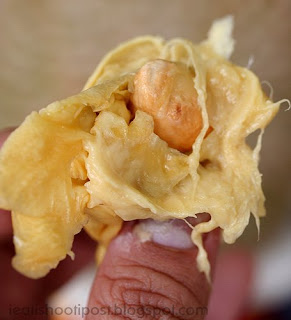 The D1 is good for those who don’t like things too sweet. Yes, the same people who order Kopi “C” Siu Dai (White coffee with less sugar) also ask for “Liu Lian Siu Dai”. This one has a pastey, dry texture and a milky taste to it. I was told that the milky taste appeals to a lot of kids. I guess as parents, we would like to think we are doing our kids a favour by feeding them something that has milk associated with it, kinda like giving them Kinder Buenos eh? 4/5 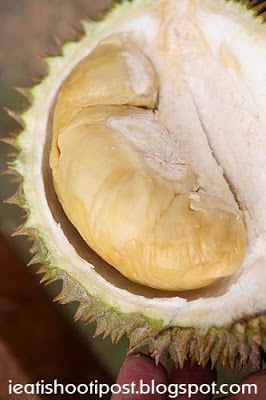 The Golden Phoenix is good for those who are going for a really good Durian which is still relatively good value for money. The Durian in the picture is actually quite small, about the size of my hand and only weighs 0.5 kg. However it is very fleshy and the seeds are all tiny. So you get quite a bit of flesh for a such a small Durian. 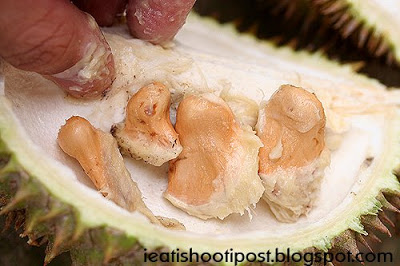 The taste of the Golden Phoenix is actually quite good. It is sweet and creamy, perhaps just slightly less pungent than the Mao Shan Wang. It is the most “value for money” amongst the $18 per kg Durians. 4.25/5 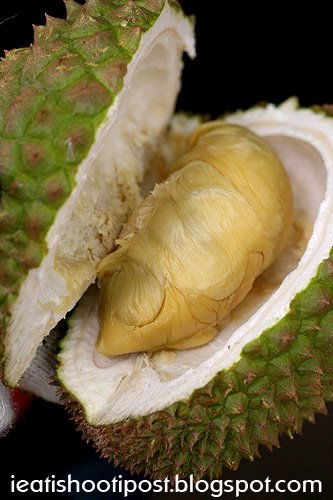 As always, I’ve kept the best for last! The D100 is a new hybrid of Durian which is just hitting the market, so it is still relatively uncommon. Durian lovers who like Durian which have a bitter bite will be very pleased when they see the slightly grey tones in the yellow flesh. 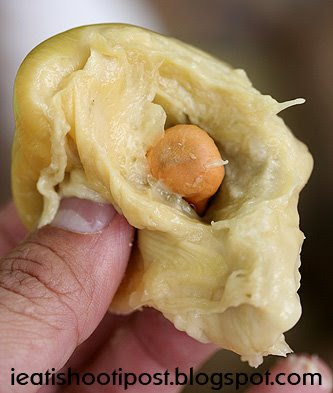 Its flesh is thick and super creamy and the slightly bitter taste that is darn shiok! It’s got my vote for best Durian of the lot! 4.75/5However, because it is a new cultivar, stocks are limited, so you will have to call up first if you want to go specially to try this one. 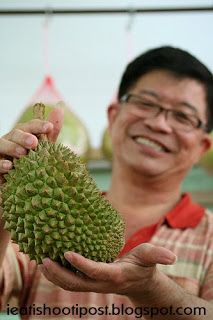 717 Trading is probably one of the most renown Durian sellers in Singapore. Rumour has it that SM Goh actually procures his Durian from here as well as many Mediacorp artistes and Hong Kong stars. Their autographed Durian gloves line the wall of the stall.

Owner, Mr Goh has built up a reputation for himself over 30 years because of his integrity when it comes to selling Durians. It does go to show that honesty is the best policy over the long term. Besides that, he is also involved in the yellow ribbon project by getting all his Durian pastries baked by prisoners so that they can learn a useful trade in preparation for their release back into society. 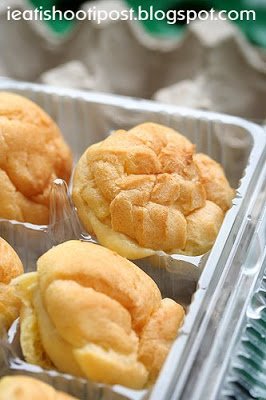 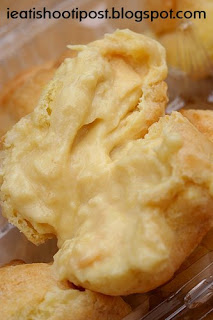 For those who don’t like to get their fingers dirty, but still want to enjoy Durians, the Durian puff might be a good alternative. The Choux pastry is competent, but not as soft and fluffy as I would like. However, this is made up by the rich and creamy D24 Durian cream filling. For me, I still prefer to eat the fruit rather than all the other derivations, be it ice cream, cakes, etc etc. But if you are into Durian puffs, this one is not bad and certainly has one of the best Durian fillings I have come across. Not surprising since it comes from a Durian seller. 4/5

I am no Durian expert and in the past, I was usually quite happy just eating the $5 Durians during peak season. However, now that I know better, life might not be quite the same again! As they say, ignorance is bliss. Aiyah, remember hoh, “No Money Don’t Learn to Eat Durian!” 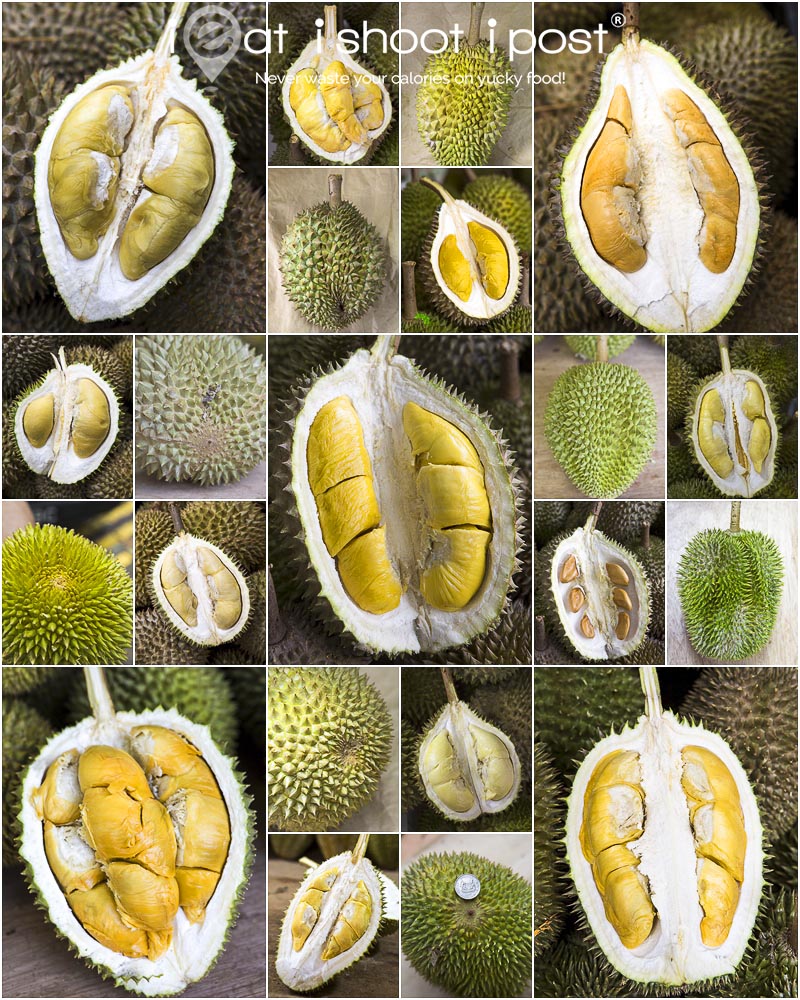 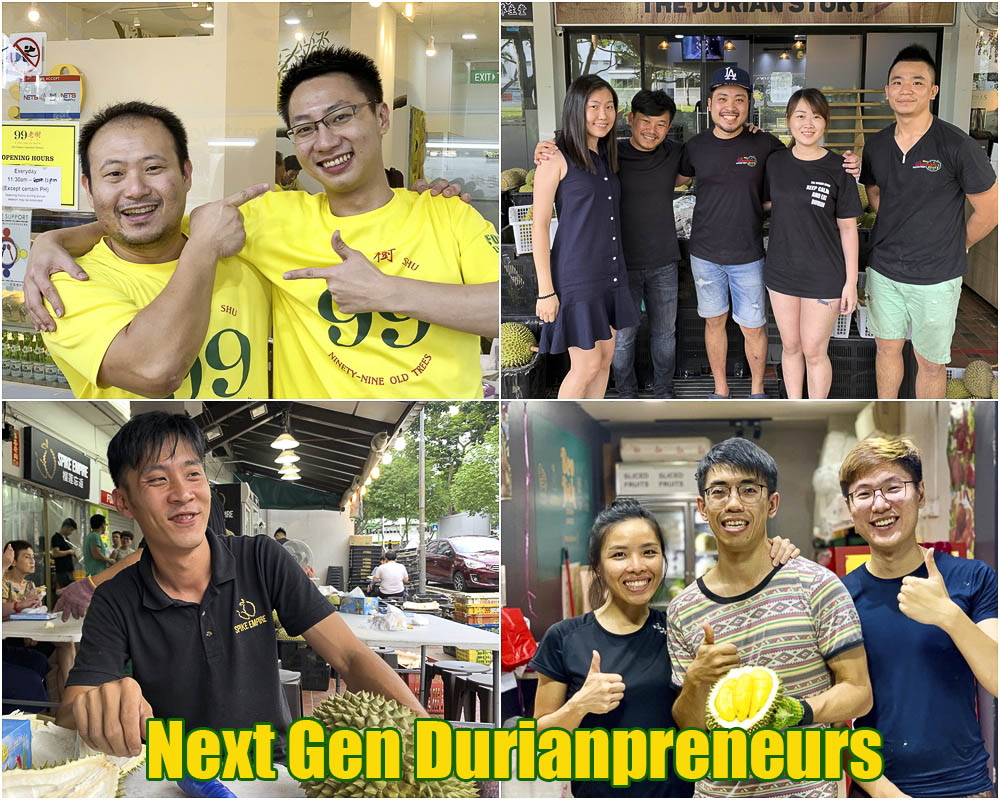 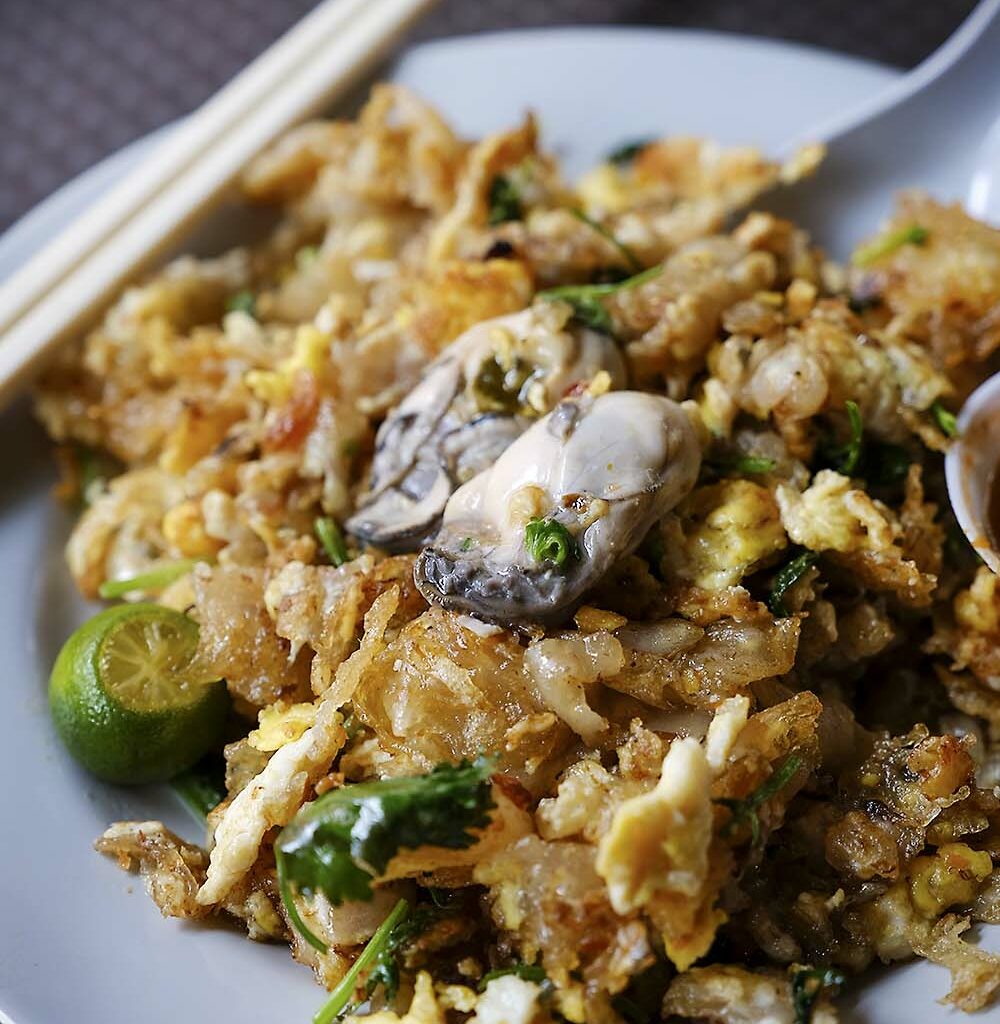 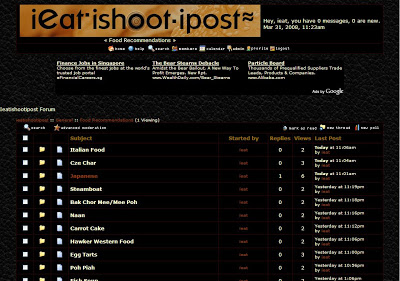 Introduction to ieatishootipost
The Forum has moved!