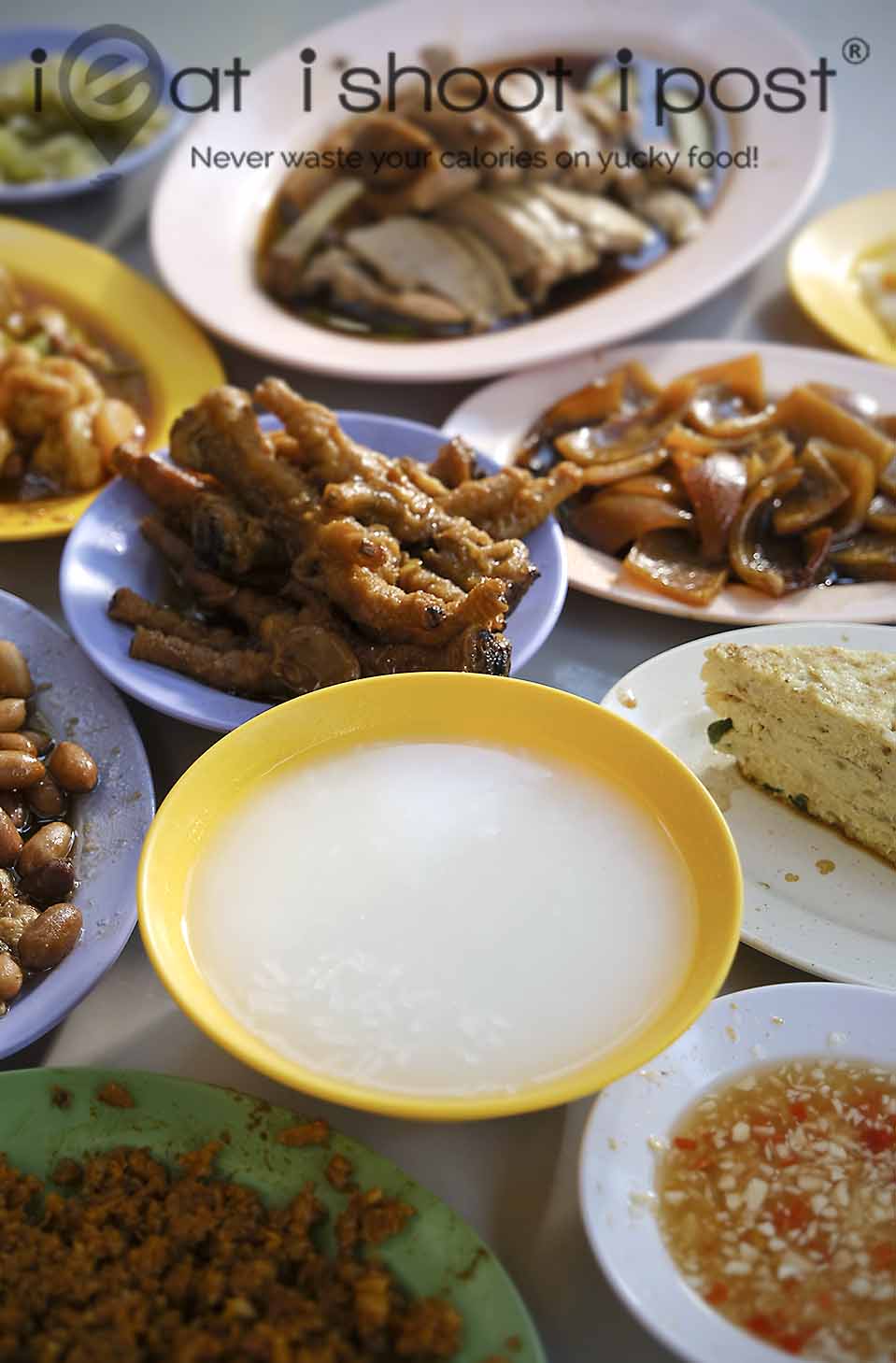 There are certain professions that are known for their gastronomic prowess whiles others that are not.

Doctors for instance.  No one ever thinks of doctors as foodies.  No, doctors are healthy people who only eat salads, exercise regularly and never smoke.  WHO ARE YOU KIDDING?  Doctors are people too, you know…….if you prick us, do we not bleed?

Taxi drivers…. they are the ones who know where all the good food are.  Other professions that are also perceived as gastronomic gurus would be actors and politicians. 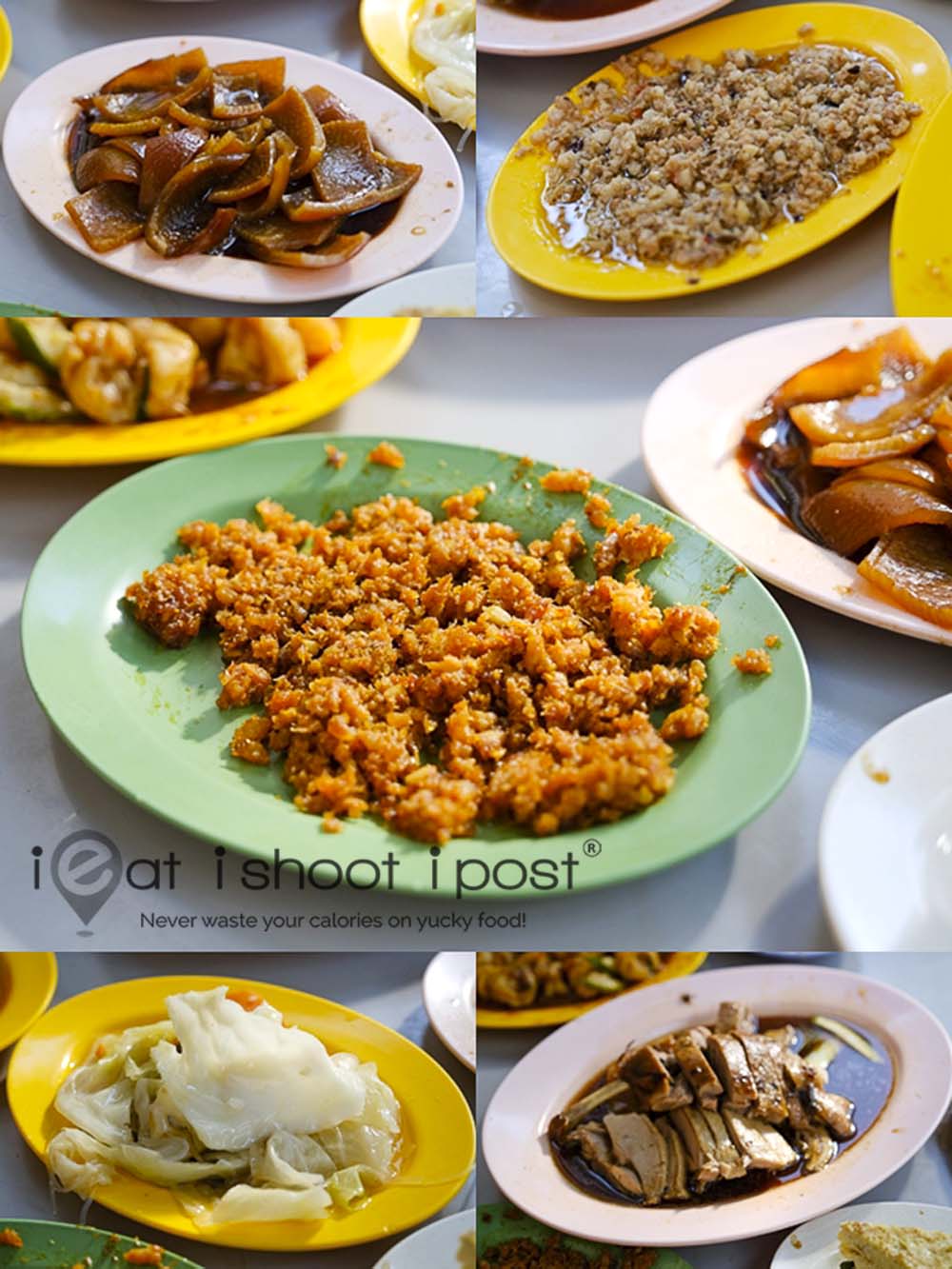 Just why do politicians make better foodies than doctors?  Well, the truth is, they probably aren’t.  They are just famous and so hawkers like to take a photo with them and paste it on their stall front.  Same goes with actors and movie stars.   What does a photo of Gurmit Singh taken in front of the stall mean?  Does it mean that the stall is worth eating at because Gurmit Singh likes the food there? Well, only if the stall was featured on “Makan Lost and Found”, because Gurmit (whom I met a few times while filming) tells me that he doesn’t actually go hunting for food.  He just eats what people feed him.

Coming back to taxi drivers.  These are people who literally have to travel all over the island.  So when it is lunch, dinner or supper time, they usually have to stop somewhere to eat.  And when you eat out so often, you would soon have list of cheap and good places.

Ye Shang Hai happens to be one of these places.

I think there are several factors for this.  First, the food is good. Really good.  But we will come back to the food later.  Second, the food is cheap or at least reasonably priced.  Thirdly, it’s opened till 5 am in the morning, and finally,  they can easily park their taxis right in front of the coffeeshop!

The food is good. Almost every dish we ordered was good.  What makes it even better is that I recently had Teochew porridge at another 24 hour restaurant and compared that place, Ye Shang Hai is just so much better.

A lot of it has to do with the Teochew boss who runs the place.  Now, you might not believe it, and I don’t believe it either, but this suave old man claims to be 93 years old this year.  If it is true, that makes him the oldest working hawker I have ever met.  Not only that, he is by far the swankiest as well!

This Teochew Ah Hia is your typical “hao lian bah“.  The saying goes that Teochews are “hao lian” (like to brag), Hokkiens are “dua bian” (big cons).  If you don’t believe it, just pop by Ye Shang Hai and talk to the boss!  But the good thing about being “hao lian” is that they make extra effort to make the food good so that they have something to be “hao lian” about.

To make his point, the old man whipped out his ingredients receipt and showed me the price of his hae bee (dried prawns).

“Look at my chicken feet!” he adds,  “You don’t get chicken feet like these anywhere else!  Everyone else buys pre-fried chicken feet.  We fry our own!”

Ye Shang Hai is one of those places where most dishes seem to have that special something that makes it better than other places.   Of the dishes I tried that day, hae bee hiam, cabbage, minced pork and braised duck really stood out.  On my next visit, these for dishes would be on the table together with other dishes which I have yet to try! 4.5/5

Ye Shang Hai has become one of my top picks for economical Teochew porridge.  Best of all, it is opened till the wee hours of the morning!

Update 19 June 2017
The stall has moved to Lengkok Bahru.  The address has been updated.

I couldn’t agree more about cabbies knowing the best spots for a quick and inexpensive meal. I have met some in Korea, NYC, Seattle, LA, San Francisco who are more knowledgeable than professional tour guides. Luckily, I have always had ieatishootipost for Singapore!!~~

It seems like they are no longer here. A new stall has taken over. They are called 夜来香。

Thanks so much for the update!

We have bn frequent Ye Shang Hai for years & hv checked out the eaters since they move twice. Now they are at Lower Delta Road area. Somehow we feel the vibes & standard has deferred. Would be good for you to make a trip to check out their latest location & valid their standard.

Yes, Peggy, it is not quite the same as when they were still at Bukit Merah View. They are still at Lengkok Bahru right? 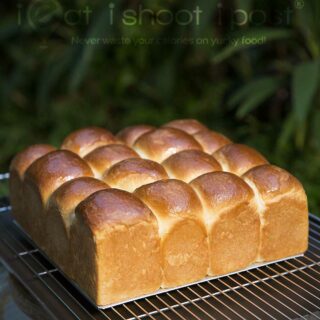 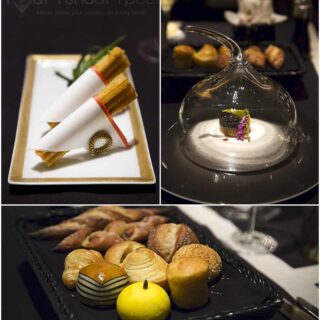