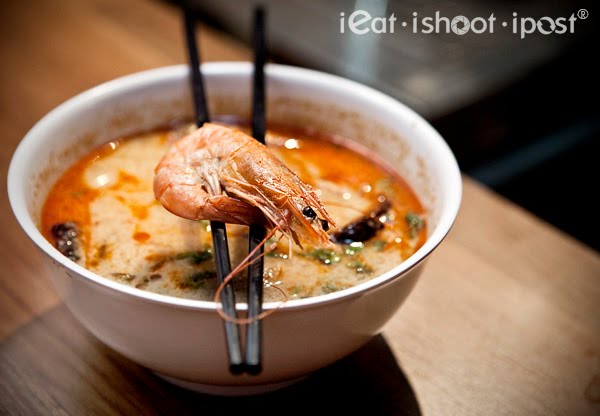 The stall is closed

Here’s a brief intermission before I resume my Ramen Rampage. Phew!

I must admit that I found it hard to believe when Holydrummer told me how he found this bar that sold the best Thai food he has eaten since his trip to Bangkok. I have lived in Bangkok for two years in early 2000 and I have been off Thai food since I got back because I have not found a Thai eatery that would remind me of the stuff I used to eat in any of the non-descript hole-in-the-wall eateries that dot the streets of Bangkok. So I have stopped eating Thai food for years.

But just to amuse Holydrummer, I agreed to meet him at this bar along East Coast Road for supper. He told me that the place opens from 5pm to 3am, so I thought, heck, even if the food is not great, I could still blog it under the supper category. 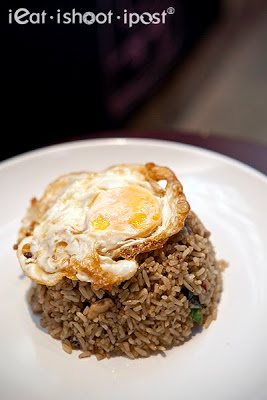 But when the first dish of Khao Pad Krapao (Basil fried rice) come out of the kitchen, all that changed. I smelled something that brought me back to my favourite hole-in-the-wall in the town of Pak Chong, about a 2 hour drive from Bangkok! This is the most authentic tasting Thai food since I returned from Bangkok more than 8 years ago! 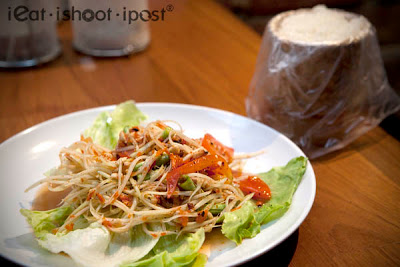 When we were living in Thailand, the food that we usually eat is a little different from what people usually order here. We would go into an eatery and order Khao Pad Gai (chicken fried rice), Khai Jiao Mu Sap (minced pork omelette), Khao Niao (Sticky Rice), Som Tam (Papaya Salad) and Gai Yang (Grilled Chicken). Yes, they do have green curry and red curry, but when you stop you car on the side of the road during a road trip, most of the stall will have Som Tam and Khao Pad Gai. You would need a bit of effort to find green and red curry.

So when I found out that you can actually have Som Tam with Khao Niao at Two Fat Men, I got very excited. This is comfort food and it is the stuff my Thai friends could eat everyday. It took me a while to appreciate it, but now, I crave for it whenever I think about Thai food. The Som Tam here is excellent, exactly like how it is in Thailand save for the tomaotes. 4.5/5. If you want sticky rice, you have to call up earlier so that they can prepare it for you as it is not yet on the menu. The combination of sticky rice with Som Tam and grilled pork collar was something that really brought me back to the streets of Thailand. 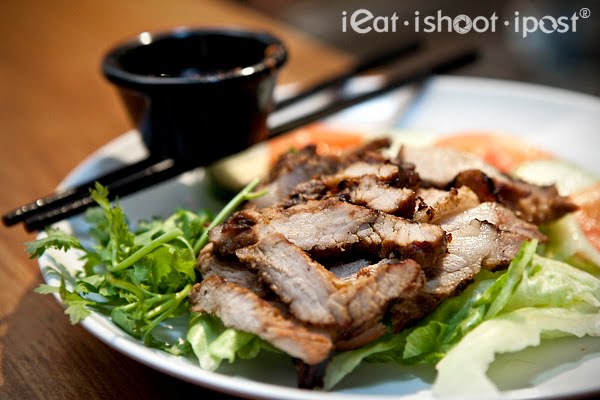 The two dishes that I went home thinking about were the Khaw Mu Yang (grilled pork collar) and the fried rice. There were 10 of us having supper that night after cell group and we kept ordering the Khao Pad Krapao until they ran out of Basil. So I told them to do a plain old Khao Pad Gai instead and it was still excellent! The fried rice has that wonderful Wok Hei aroma and I couldn’t stop eating it. 4.5/5

The Khaw Mu Yang was the star of the evening though. It was grilled and seasoned to perfection. We had just had the Charshu from Santouka for lunch that day. The Charshu there was really excellent, but this Khaw Mu Yang had that extra KICK on top of being excellent. Plus for about the same amount of money, you feel you can just stuff the pork into your mouth rather than slowly savouring four thin slices of Charshu. Know what I mean? 4.5/5 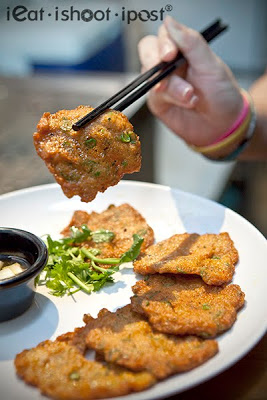 OK, I don’t want to burst your bubble but there were some dishes which were quite normal. The fish cake was a tad salty 3.75/5 and the Poom Fy Daeng (Kangkong) needed a serious shot of Umami 3/5. So, I don’t want to give you the idea that everything here is great. The Goong Ob Woon Sen (vermicilli prawns) was another dish which I thought could be further improved. 4/5

However, the dishes that they did well was really very good. Another one is the Tom Yum Goong (spicy prawn soup. This had just the right amount of hot, sour and heavily spiced up taste that a good Tom Yum is supposed to have. Plus, the soup has got body, which is only obtained if the chef bothers to use a good seafood stock. My wife, who is the most severe Tom Yum Goong critic gave it her thumbs up, which makes me very confident to give it a 4.6/5 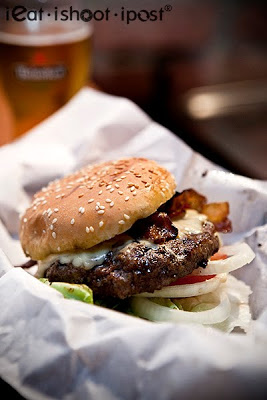 Being a bar, they do sell your usual bar food and I was very pleasantly surprised by their burger. This is one of the best, no frills burgers I have eaten for a while. The homemade beef pattie was grilled to perfection. Juicy and beefy on the inside with a nice protein crust on the outside. It is served with just lettuce, onions, tomato and cheese. Simple ingredients, expertly done. 4.25/5

Two Fat Men is just a hole-in-the-wall. No kidding, there are really holes in the wall. It is a place where you can order a beer and some Thai food or bar food to go with it and it is opened till 3am in the morning. If it had been a Thai Restaurant and it would be one of the best Thai Restaurants in Singapore to serve Thai street food. As it is, I just don’t know how to categorize it except by calling it a hole in the wall.

Promotion now on: Grilled Pork Neck $2 for every $10 spent

For those who intend to go to this place based on my initial review, please read the comments first. It has been a few months since the review was written and it looks as if the standard of the food is different from the time the restaurant was just opened. 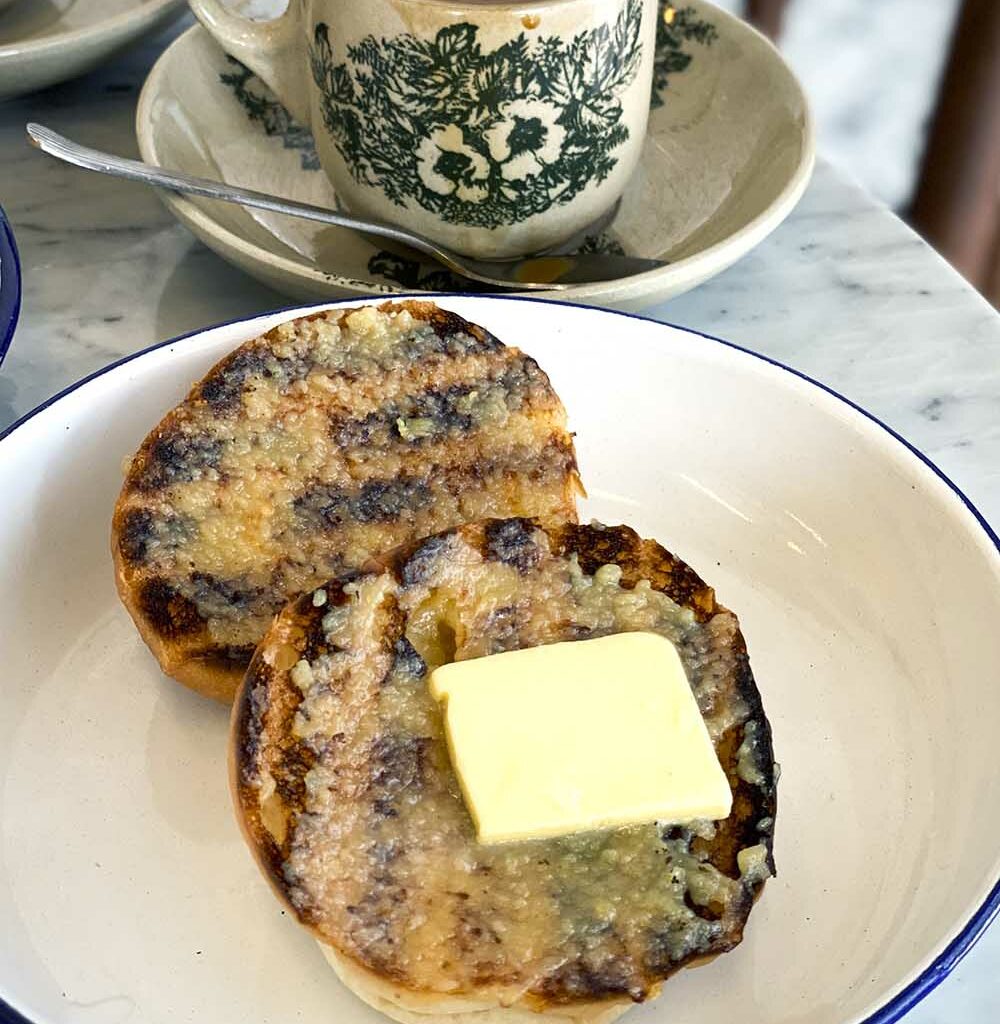 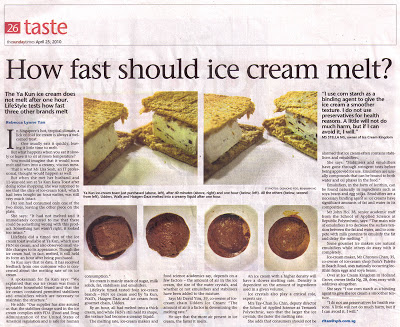 Eat
Would you eat Ice Cream that does not Melt?
Next