The indian threadfin is a highly prized fish in Singapore with prices ranging from $20 to $55 for the prized “Balai” Ngor which is fished off the waters of Tanjung Balai, one and a half hour ferry ride South West of Singapore.  The proximity of Tanjung Balai to Singapore means that the fish usually fresher than those from, say, India which would take days to reach Singapore.  The meat is very fine and it is usually used to make fish porridge for babies.  The better quality threadfins will usually have a golden yellow hue to the skin.

Although the fourfinger threadfin can grow up to 2m in length, the usual length is often around 50cm or smaller.  The table-sized fish is often farmed so it is often good to ask if the fish is wild caught as the wild variety often tastes better.  The fish is silvery on top with a creamy yellow belly.

Recently, there is a new farm in Malaysia that are producing quality table sized fish.  They are fed on fish meal instead of pellets and they are usually very fresh as the harvest to market time is short.  As with wild caught fish, firmness of the flesh and slime on the body is a good indication of freshness. 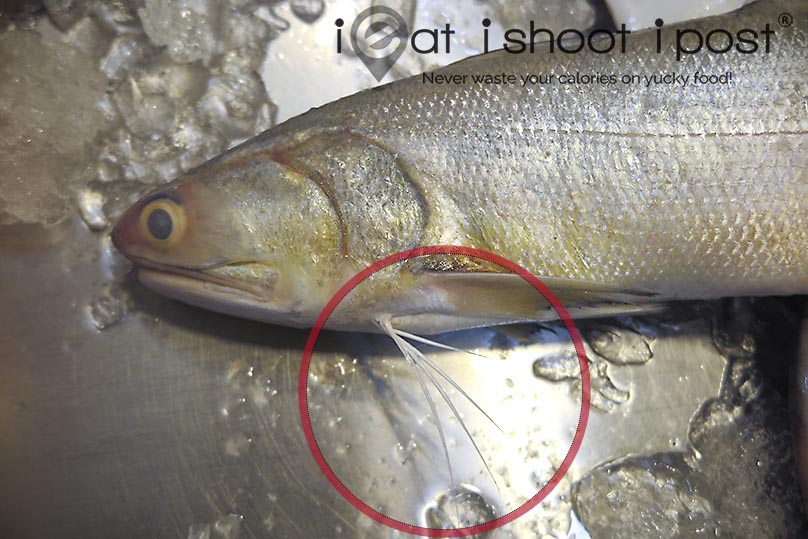 The easiest way to identify this threadfin is to count the threadlike filaments under its gills.  There are four, hence its name.  the diameter of the eye is also greater than the distance between the eye and the snout.  So compared to the Indian threadfin, the eyes are proportionally larger.

This fish can be steamed or fried whole and braised in a sauce made of soya sauce and ginger or black beans and chilli.

The following is the link to identification key for threadfins found in the South China Sea: Identification Key Threadfins are great for steaming and they are often found at either Teochew porridge or Bak Kut Teh stalls selling Teochew style steamed fish.  The heads are usually chopped up and fried with bittergourd at Zi Char stalls.  The flesh is firm and can be used for fish and chips as well as grilled and served with garlic butter. 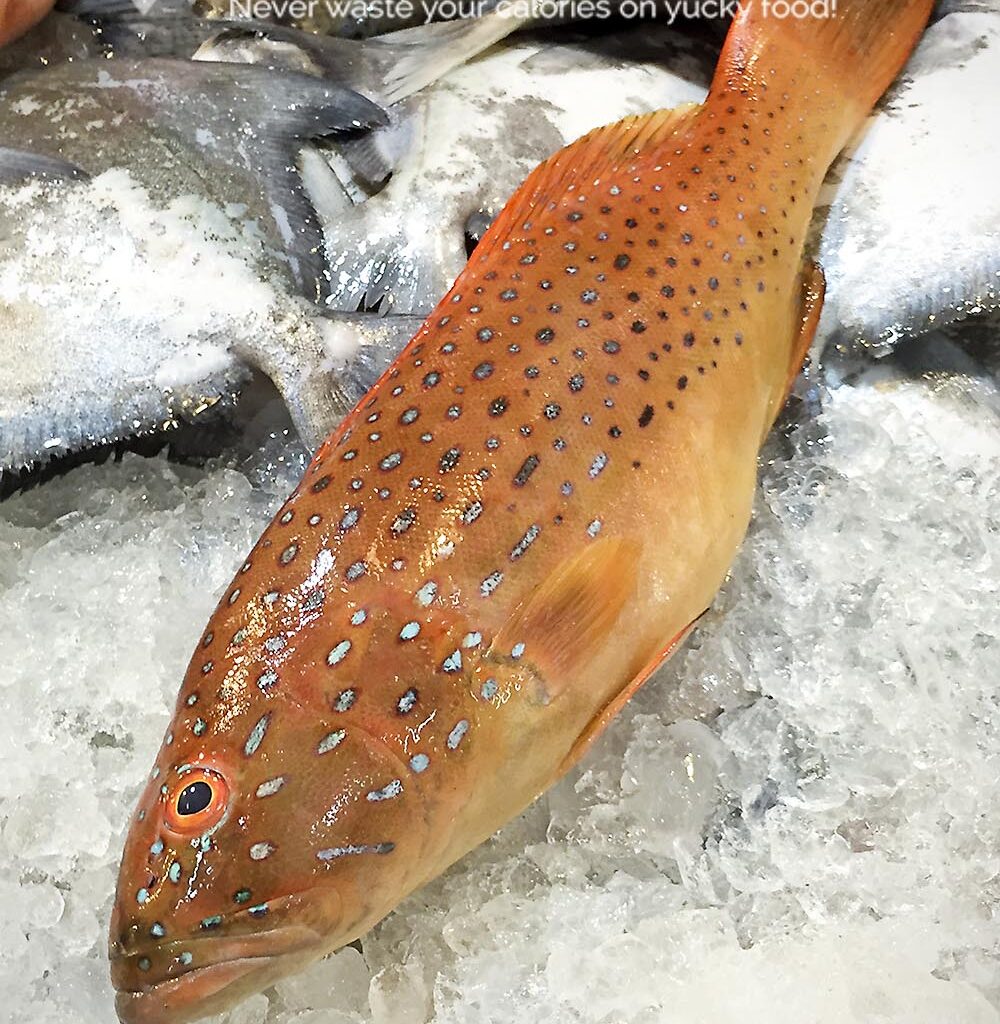 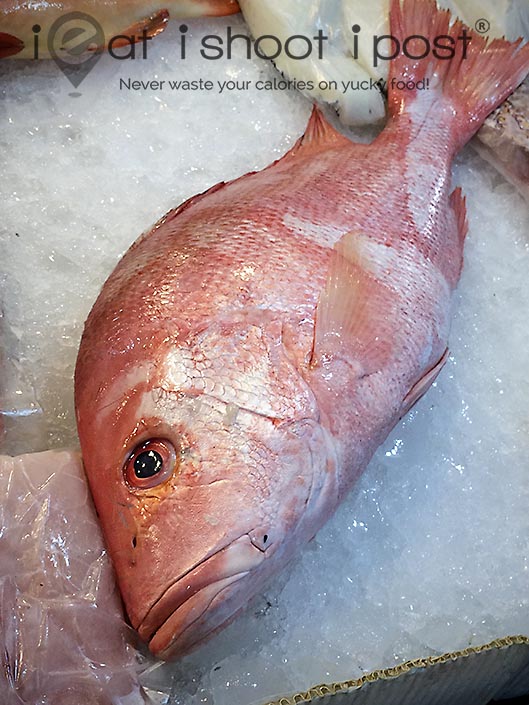 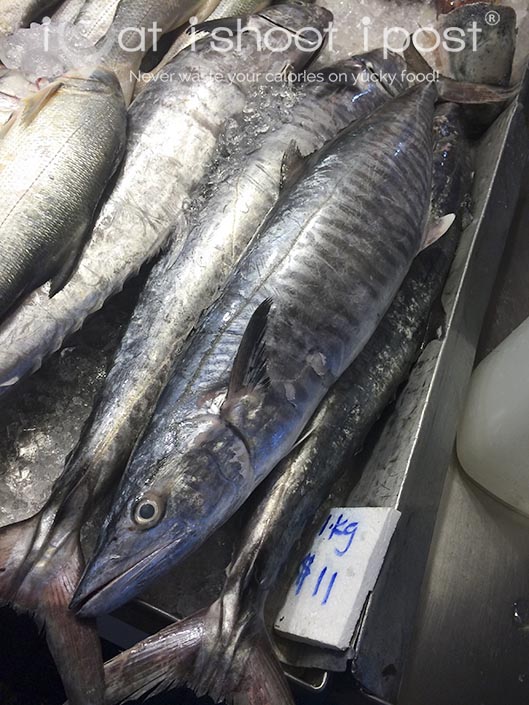 Hi Leslie, I was wondering if you can do feature on cooking western dishes with our local fish.. we always steam our Ngoh Her with ginger & soya sauce, is there other ways of preparing them

Oh, I might to get that one day. But my focus has always been on local dishes. Ikan Kurau would make good fish and chips! 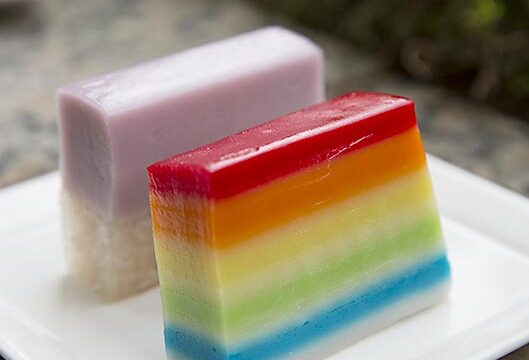 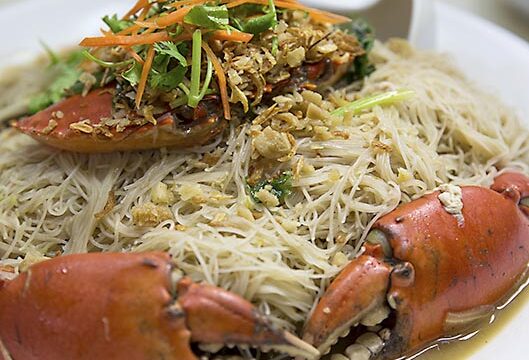