Marigold Fresh Milk: Oh Where Oh Where does my Milk come from? Just last week, I was having Teh Tarik and I noticed something really troubling. The milk the Teh Tarik man was using had only Chinese characters on it. Now, I don’t know about you, but with the recent Melamine milk scandal in China, I wouldn’t want drink a Teh made from milk coming from China, would you?

It seems that lately, we have been having a spate of food related scandals. The most recent being the problem with platicizers found in Taiwanese bubble tea as well as tainted pork coming from China. Not only that, but there is also the issue of the cattle abuse in Indonesia which led to the subsequent banning of the export of cattle from Australia. So I think there is a growing public concern about the source of our foods, which brings me to today’s topic… Milk.

For those of us with kids, you probably would have a bottle of milk in the fridge. If not, you should, because drinking milk is very important for kids as it provides a excellent source of calcium for their growing bones. I usually have two bottles at home. One full cream milk for my daughter who needs to put on weight and one low fat milk for my son who needs the calcium but not the extra fats. We always buy fresh milk rather than UHT because UHT milk (Ultra High Temperature ) is treated at higher temperatures so that it can keep without refrigeration. This usually results in a slight change in taste as well as loss of some of the nutrients like folate, Vit B12 and Vit C. So we always buy fresh unless we can’t get hold of it for some reason.

My wife usually does the marketing so she has certain brands she usually likes to buy. Sometimes though, I get assigned to buy milk on my way home from the clinic. For me, milk is milk, so I just get hold of whatever is on offer. Afterall, fresh milk should all taste the same right? I admit that I have never really looked into this matter before although I do know that milk from Hokkaido is supposed to be really good, but its price makes it impractical for everyday drinking. So what we are talking about today is fresh milk that is available from your local supermarket.

When I was doing my research into fresh milk, the first thing I did was to buy all the different brands of milk in the market to see for myself if they tasted different. To my amazement, they actually do! Some were a bit brighter whilest others were more mellow. Still others tasted more of vanilla and caramel. The difference was subtle, but still discernible. However, personally, the taste was similar enough that I wouldn’t buy my milk based on taste alone.

But this little experiment did raise a question in my mind. If these are all fresh milk which have been pasteurised and homogenised with nothing else added, why is it that they taste slightly different?
Just last week, I was having Teh Tarik and I noticed something really troubling. The milk the the Teh Tarik man was using had only Chinese characters on it. Now, I don’t know about you, but with the recent Melamine milk scandal in China, I wouldn’t want drink a Teh made from milk coming from China, would you? 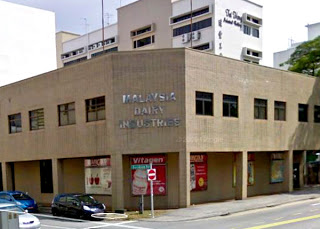 To find out, I visited Malaysian Dairy Industries and spoke to the experts there. It is interesting to note that Malaysia Dairy Industries is a Singapore company! The company started at the time when Malaya just became indepedent from the British and Singapore was part of Malaysia. In fact, Singapore is still part of MalaySIa at least in name. The “SI” was added to Malaya when Singapore, Sabah and Sarawak merged with the Federation of Malaya to become Malaysia. Anyway, you might not recognize the name Malaysia Dairy Industries, but you would definitely know of their products like Marigold Fresh Milk, HL, Vitagen and Peel Fresh.

I learnt that the fresh milk we have here in Singapore comes from a few sources. The raw milk is commonly sourced from Australia, Thailand, Indonesia and Malaysia. So where the milk comes from will play a big role in its taste. The reason is quite obvious. Cattle from, say, Thailand would be raised differently from that of Australia. Thai dairy cattle fed with agricultural waste products like pineapple peel, corn husks, rice straw and peanut husks, would of course taste a little different from cattle raised in Australia which are fed pasture and grain. The nutritional value of the milk is supposed to be the same, but I do find that the taste of the milk produced in Thailand, does taste different from milk coming from Australia.

The difference in taste might also be due to farming methods. In the following videos, you can compare Thai Dairy Farming with Australian Dairy Farming.

The other thing that does affect the taste of the milk is the process of pasteurization. When you heat milk, some of the sugars will caramelize. There is a range of temperature and timing which different companies will employ to pasteurize milk so this can also explain the slight differences in the taste of fresh milk even when they come from the same country.

Other things that one might wish to consider when buying fresh milk are the safety issues. In particular, one of the common ways that the milk can be contaminated with bacteria is when the cow’s teats get infected (mastitis) and when they are milked, the bacteria can get into the milk. Then there is also the issue of antibiotics that are used to treat the cows getting into the milk. Any cattle that have been given antibiotics should not be milked as some of it will be present in the milk. In order to prevent these issues, there must be strict protocols.

So, since it is important to know where your milk comes from, do take some time to look at the label properly. You should be able to tell where your milk is sourced from. If it says 100% Australian Milk, then it’s all from Australia. If it reads 100% fresh milk, that means that the milk might have been sourced from several countries. Another interesting point to note is that the one litre and two litre packs might come from different sources! So your one litre pack might be packed in Australia with 100% Australian milk while the two litre pack of the same brand might be packed elsewhere.

The experts from Marigold tell me that their Marigold Fresh Milk is made with 100% Australian milk which is specifically sourced from Western Australia and therefore it is under the governance of the Western Australian Dept of Agriculture and Foods. The milk is delivered direct from Australia and pasteurised, homogenised and packed in Singapore. During the homogenization process, the milk is passed through small holes under high pressure to make sure that the fats and water do not separate while they are sitting in the Supermarket shelves. If you leave raw milk standing for a while, all the fats will rise to the top and this cream can be skimmed off. The remaining milk, which is lower in fat is thus your low fat milk. (Low fat milk is good for those that need calcium without the extra fats) So, raw milk has to be homogenized so that the fats and the water will remain a nice emulsion while in the bottle.

I hope that this little article has given you some food for thought the next time you are buying milk. Do have a look at the labels and have a think of where your milk is coming from and how it is being processed.

The article has been sponsored by Marigold Fresh Milk. 100% Australian Milk sourced from Western Australia that is processed and packed in Singapore. 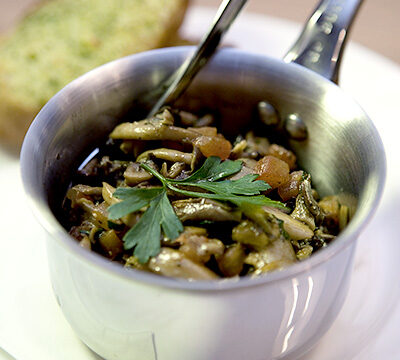 CBD
Sque: Drinks or Food or Both?
Next 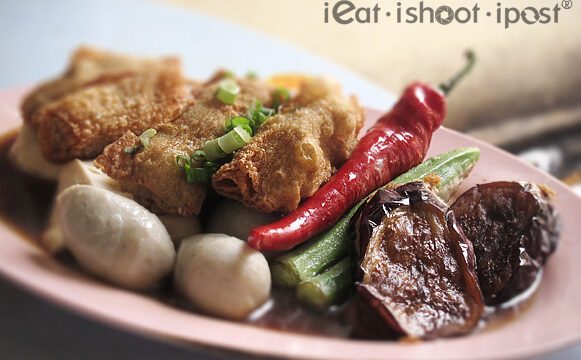