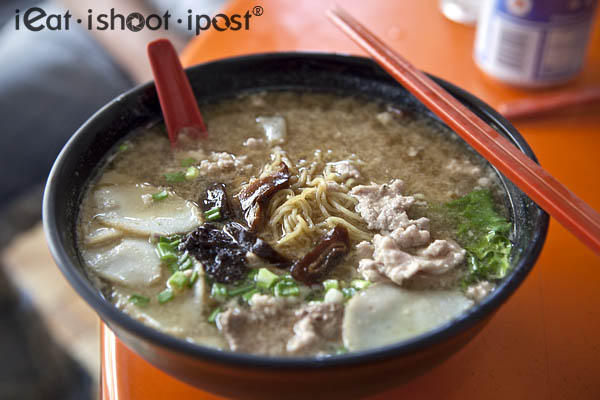 While I was on my Ramen Rampage, I couldn’t help but think that Ramen is after all a bowl of noodle soup and that there must be a local version of the noodle soup that can give you the same shiokness but for a fraction of the price. So I have been on the lookout for a Bak Chor Mee place where the soup is really tokkong.

It so happened that I was exploring the area around Jackson Centre when I came across this Bak Chor Mee that was situated in an old coffeeshop. I don’t know why, but somehow you always expect to find something great in these old coffeeshops. It’s an even better sign when almost all the people in the coffeeshop are eating a bowl of noodles from the same stall! 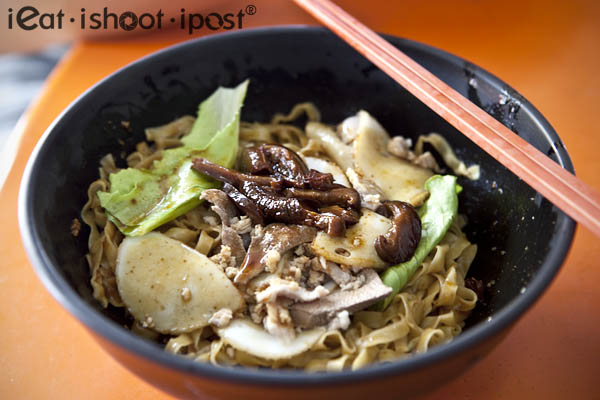 So I ordered my bowl of Bak Chor Mee and sat down for my 20 minute wait. As I was sitting there communicating with the rest of the world on my Blackberry, I realised 2 things. Firstly, I thought it was great that I didn’t have to stand in the queue to wait for your food like what I would have to do at a hawker centre, and secondly, I could actually smell the fragrance of the pork soup mixed with black vinegar in the steam that is wafting its way past me and dissipating onto Tai Thong Crescent. Ahhhh…. this is the beauty of eating Bak Chor Mee! 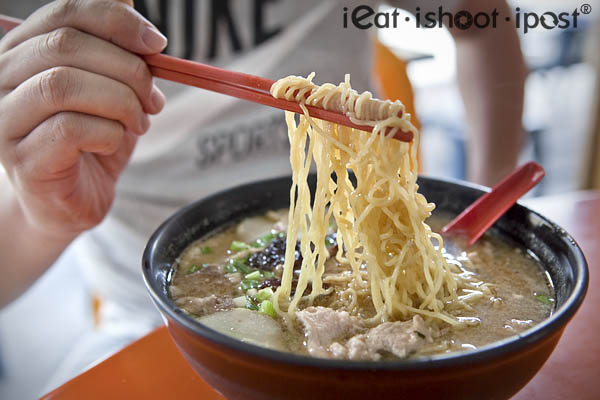 I can’t vouch for the quality of the soup if you eat there early in the morning, but I can tell you that by around 1pm, the soup has thickened into a veritable bowl of protein rich broth that is guaranteed to induce gout in those who suffer from the disease. Unfortunately, the noodles were a little strong on the “Kee” (alkali) smell so I can’t give it top marks. But the soup really was something to behold. 4.25/5 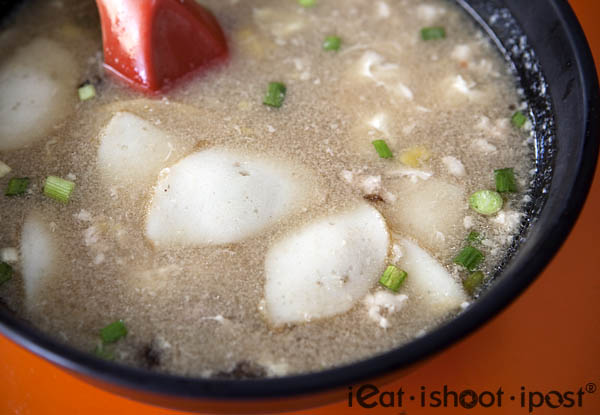 So my plan is that the next time I eat there, I am going to let the uncle know about the strong “kee” smell so that he can make an effort to wash away the smell before adding it to the bowl of soup. You can however, order the soup separately with a bowl of dried noodles for $4.50. The noodles were good but is unable to match up to the quality of the soup. 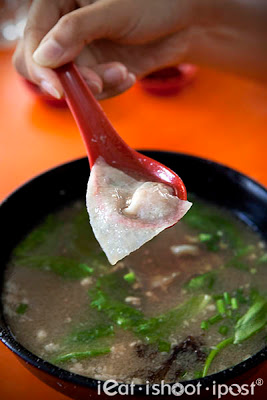 The item that does match up to the soup is their homemade fish dumplings (Her Giao). They don’t make it themselves but are handmade by some aunty somewhere. The skin has just the right balance of chewiness and tenderness which envelops the thick and sticky pork broth within. 4.5/5

One of the best soups around. If the “kee” smell of the noodles weren’t so strong, it would have been a bowl of Singapore style “Ramen” which can give the Japanese a run for the money. But for the price of a bowl of Ramen, you could buy almost four bowls of this, so it is still very much worth a try.

The stall has relocated to 1382 Serangoon Road (Opal Crescent).

1st and 15th day of the lunar month 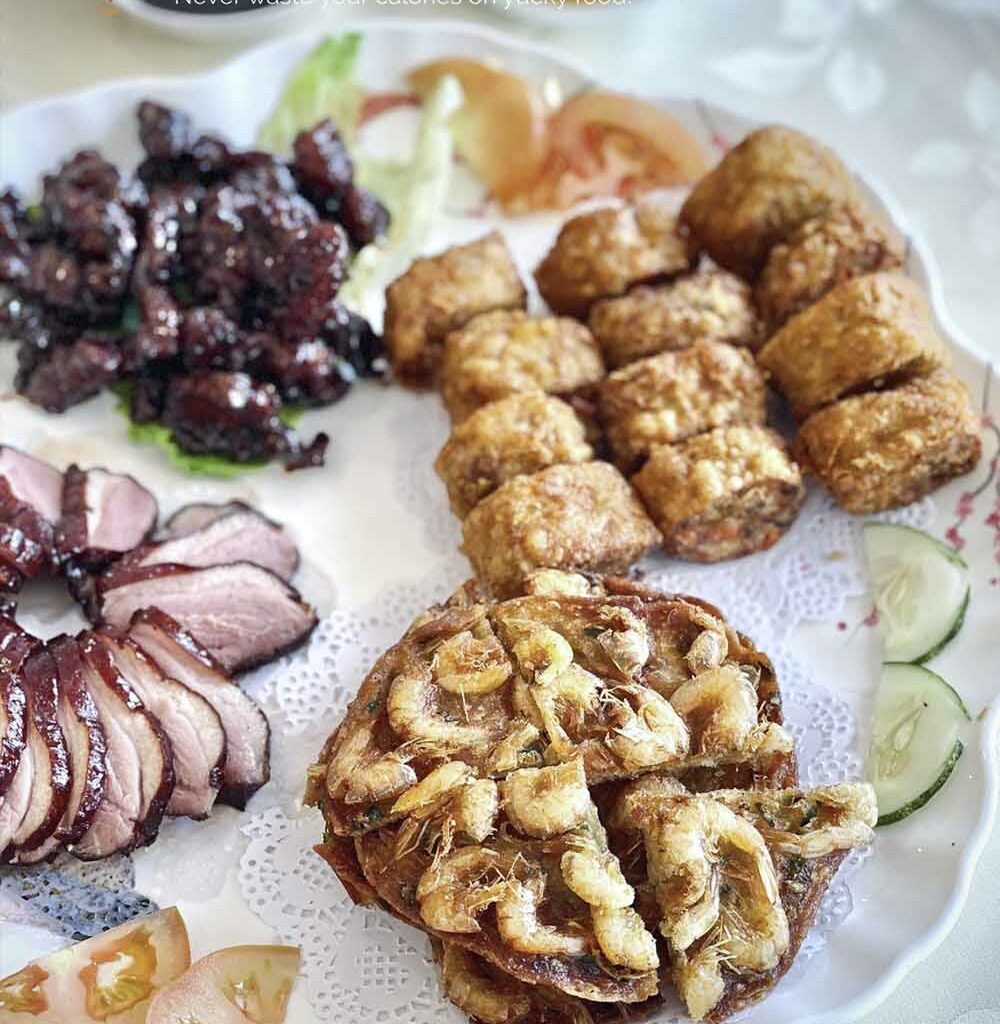 The stall moved to Marsiling Mall and then over to Bukit Batok Street 23. The uncle has not been around much as he is avoiding being out and about during the pandemic. 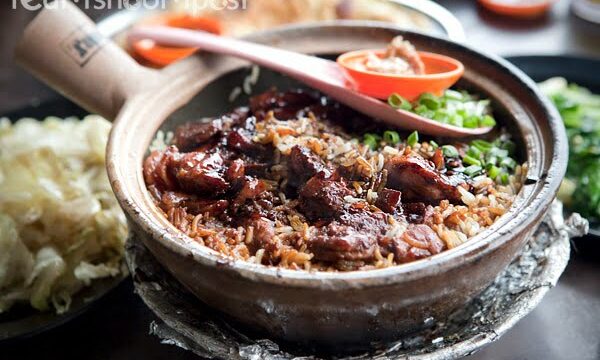 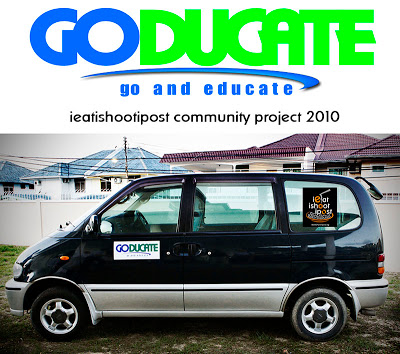