So there we were, in front of this oddly named stall that sells Soy Sauce Chicken wondering why in the world it was called Ma Li Ya chicken? Was the feisty short haired lady behind the chopping board named Maria? My “A” level Chinese is so rusty that I had real difficulty in making out what the signboard actually said. Then heaven opened and a beam of light enveloped us.

Ok, so owner didn’t actually mean to call it the Virgin Mary Chicken, but she had inadvertently combined “Maria” and “Virgin” together without knowing its significance and somehow it just stuck and the stall in People’s Park became quite popular before it suddenly closed down a decade or so ago. She wasn’t a Catholic at the time, but she told me that she had become a Catholic last year! I like to think of it as a case of self fulfilling prophecy!

It was OMark who insisted that I must try Ma Li Ya Chicken. He had just discovered it the weekend before and was telling me that the chicken was even better then Hong Kong Soy Sauce Chicken which I raved about previously which was also at Smith St Food Centre.

The way OMark was raving about it got me so excited that the first thing I did when I got my plate of chicken was to pop a spoonful of the sauce into my mouth. Heaven opened again and this time I was levitating towards the light! There was something very irresistible, very unique, yet vaguely familiar about the sauce. The most noticeable difference is the addition of the fried soy beans which is something I used to see years ago as a kid, but which has since gone out of fashion. I think it was the fried soy beans and sesame oil that gave the sauce an ethereal fragrance that is dangerously close to being hypnotic!

The chicken skin was such a joy to eat. Having soaked up the sauce, it was just about as good as I can imagine chicken skin can get. The chicken meat is also cooked to perfection. The marrow is still pink while the flesh is just cooked all the way through. That means that the meat is not overcooked and the breast remains juicy and tender! 4.5/5

You must also remember to order some tofu! Their braised Japanese tofu is silky smooth and just acts as another low cholesterol excuse to enjoy more sauce! 4.25/5

The lady behind the chopping board tells me that she no longer owns the stall but is simply the head chef there. Her family history stretches all the way to 1926 when her father came to Singapore and later became famous when he opened Nam Thong Pau shop in Chinatown. The Soy Sauce Chicken recipe was part of her father’s legacy. Since then the family fortune has gone through a roller coaster ride. Now, she is simply happy to work for the owners of the stall.

Anyone here remembers a Pau shop called Nam Thong in Chinatown? Apparently, they were also famous for Chinese biscuits!

Postscript: 3 Dec 2011
I have received some feedback from readers concerning the name of the stall and I have since clarified the matter with the owner and revised the original blog post.

The stall is called Ma Li Ya because that was the name she adopted for herself in those days. While she was working at the restaurant, she was introduced to a famous Hong Kong actress who also has the name Maria and when they found that they had so many things in common, they decided to become sworn sisters. The owner has sinced stopped using the name for herself, but instead the name is now used for the stall.

“Virgin Chicken” came about as a bit of a joke (referring to a different kind of “chicken”) but the owner used it because she knew that it was a catchy name which will get people’s attention. It had nothing to do with the kind of chicken used.

Many thanks to Phuay Khoon and Gastronaut who wrote in to help clarify the matter. You can read Gastronaut’s review and story of the stall here.

Went back and the taste was still excellent. One of my favorite bites in Singapore. The braising in soy sauce give her rice and chicken so much umami. Still also happy to see the prices are still quite low.

Personally I find this better than the Liao Fan soya sauce chicken with Michelin star. The chicken here is very well tasted and juicy.

Yes, I think so too! 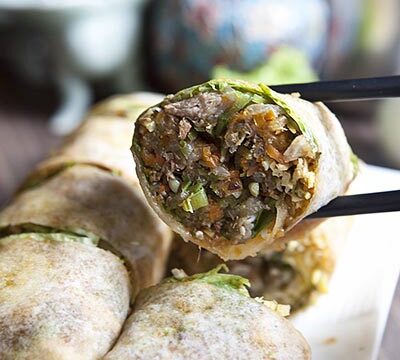 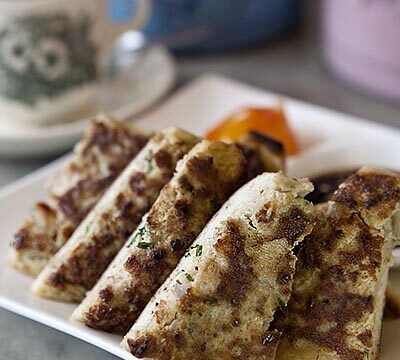