In 2011, I wrote about the Vera Pizza Napoletana which ushered in the trend of Napoletana-style pizza in Singapore.  Italian wood-fired ovens were still relatively uncommon back then, and Singaporeans were still talking about thin-crust pizzas. Since then the Napoletana pizza has had a good run and Italian wood-fired ovens are now a common fixture at many serious Pizza restaurants.  Now it’s time to usher in the latest pizza trend — the Pizza Romana.

So how is Pizza Romana aka “Pinsa” different from Napoletana pizza?  Well, in short, the crust is light, airy, and crunchy like ciabatta bread and it is typically in the shape of a rectangle.  The toppings are similar but the base is par-baked first before the toppings are added to the pizza.

Blazing the Pizza Romana trail is Chef Radostin Kiryazov who has won several prestigious awards at the World Pizza Championship and currently sits on its panel of judges. Born in Bulgaria, he arrived in Sardina as a teenager and has since established himself as one of the foremost pizza experts in the world. I must admit that I have been smitten by his incredible pizza crust and have been attempting to recreate the pizza base at home. It is not easy to do because Chef uses a special Ciabatta flour which is not available locally and has to be imported directly from Italy.  He has also brought along his decades-old sourdough starter which he uses to make the pre-ferment which is added to the main dough and left to ferment for 24 hrs.  The result is an incredible cloudlike, pillowy dough that has to be handled like a newborn, (the way he pats the pizza is like patting a baby’s bottom!) unlike the normal pizza dough which you can shape and toss in the air. 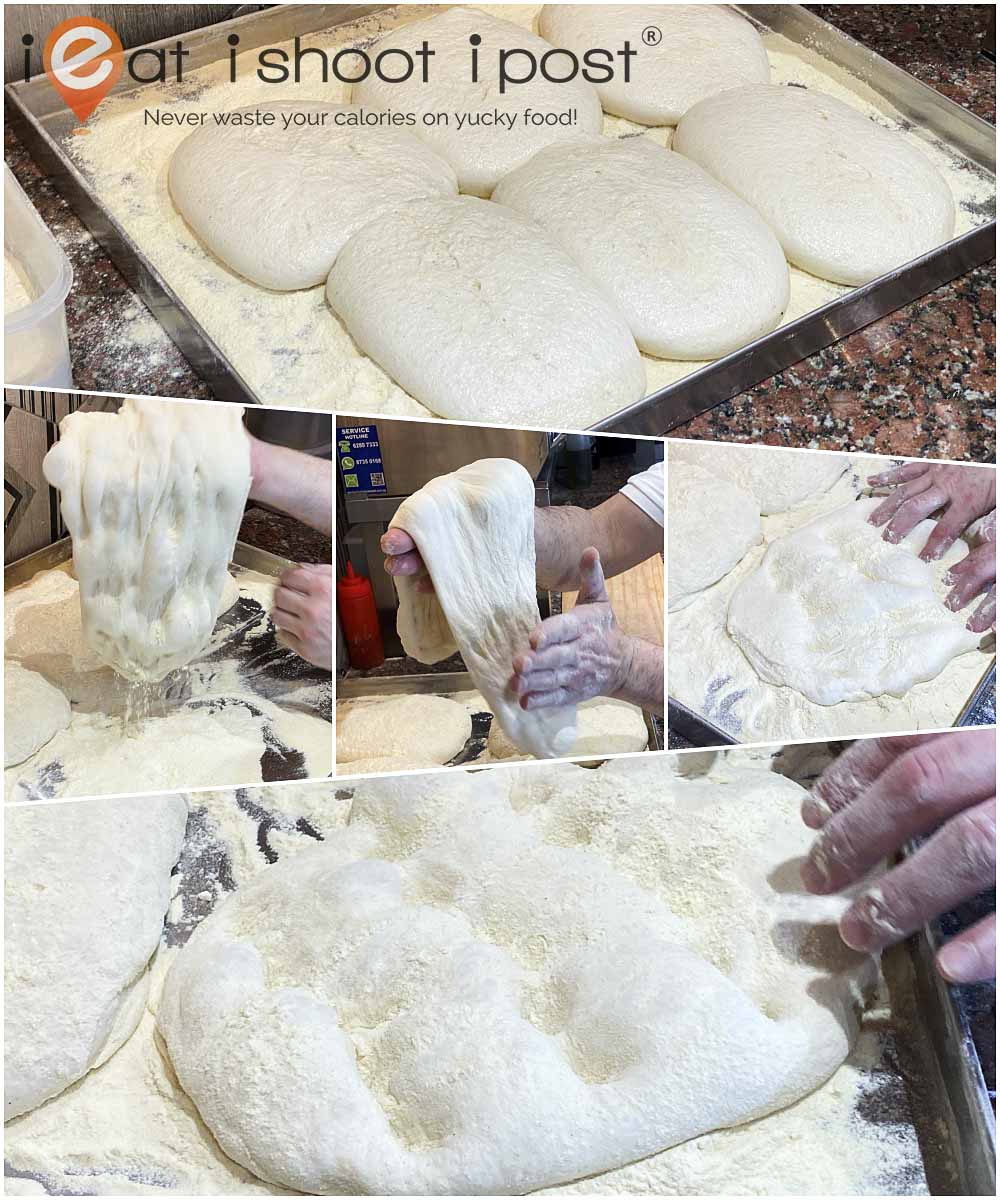 The dough is shaped into a rectangle and par-baked for 3 mins before it is left to rest before it is topped with the ingredients and baked again.  The rectangular-shaped pizza is usually divided into quarters and you have the option of buying it by the slice.

They offer 10 different flavours to choose from.  If you have eaten enough pizzas, you should know the usual suspects like Margherita, Formaggi, Tartufala etc with a few less common ones like the Chevre which features goat cheese and baby spinach and the Nutella which was the pizza that won Chef Rado the first place in the Pizza World Championships in 2005 under the dessert category.  In terms of the taste, I think they are still sourcing the ingredients, so I haven’t managed to find that perfect die-die-must-try flavor combination for me.

The incredible crust is crunchy, light, and airy and such a joy to eat!  But the caveat is that it has to be eaten fresh out of the oven, which may pose a problem since it is a takeaway kiosk.  Also, if you opt to buy the pizza by the slice, they will reheat it in the oven before serving it to you which is not as great as if you ate it fresh.  So, my advice is to order a whole pizza and make your way up the staircase located on the right side of the stall.  It will lead you to the roof top garden where there are tables and chairs where you can enjoy the pizza fresh! 4.25/5

Helming the pizzaria here in Singapore will be Chef Rado’s protege – Chef Ivaylo Dikov who has no less than 11 years of pizza making experience under his belt.

L’Arte is currently set up as a pizza takeaway kiosk.  It will probably be better as a pizza restaurant where one can enjoy the light, crunchy crust when it’s just out of the oven! Nonetheless, I predict that L’Arte will kick start the Pizza Romana revolution in Singapore!

Disclosure
This was a media invite 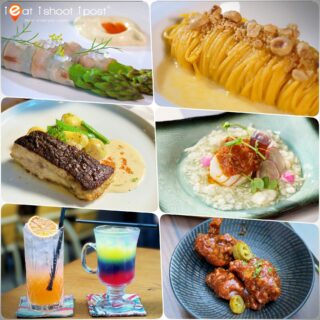 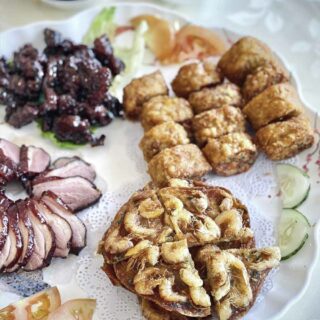 Macpherson
Crab at Bay: The Return of the Crab Bee Hoon