The inspiration to visit a soy sauce factory first came about when I was watching the Korean drama, “Le Grand Chef“. There was one particular scene where Sung Chan visited a Soya Sauce factory where rows of Soy Sauce Urns where silently fermenting away in the field. It was then that I told myself that I have to visit such a place one day. It never ever crossed my mind that there was such a place just 5 mins from my home!

Where does the best Soy Sauce come from?

I first got wind of Kwong Woh Hing when I visited the Food Nazi. The old uncle was telling me that we Singaporeans are foolish to think that food in Malaysia is better when the best food is really found in Singapore. He then went on to tell me that the best Soya Sauces came from Singapore and they were better than the ones from Malaysia or even Japan. He mentioned one particular Soya Sauce factory in the Hougang area which made excellent Soya Sauce, but he wasn’t sure if it was still in business. So I assumed that like most traditional industries, the factory must have stopped functioning already.

However, I was challenged to look into this matter again when the Food Canon said in his blog post that the best Soy Sauce comes from Malaysia. That got me to search again for the mysterious Soy Sauce factory that the Food Nazi talked about. Thanks to our fans (esp Skywalkers Sg) in the Facebook Fanpage, I found myself standing amidst rows of antique urns where billions of aspergillus mold are silently turning soy proteins into liquid umami! 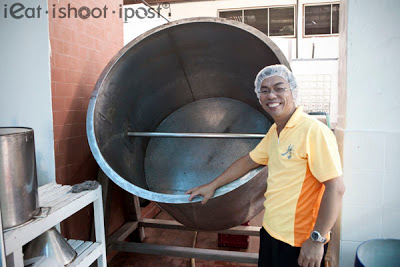 Soy Sauce is arguably the most commonly used condiment in the world but it’s something we tend to take for granted. When was the last time you took a good whiff of the soy sauce in the little saucer in front of you? Did you dip the tip of your chopstick into the sauce to see if it is a full flavoured, naturally brewed Soy Sauce or a cheap one that just adds one dimensional saltiness and msg flavour? Would you even know a good Soy Sauce if you tasted it?

So what makes a good Soy Sauce?

Well, a good Soy Sauce should have a complexity of aroma and flavour which can only come about through the process of lengthy fermentation. Nowadays a lot of the Soy Sauce in the market shorten the lengthy fermentation by using chemical boosters. Some Soy Sauce don’t even go through fermentation, but use chemical hydrolysis to treat the soya beans instead. In this instance, hydrochloric acid is used to breakdown the soy proteins into amino acids, thereby shortening a process that would normally take a few months to just days. So comparing a naturally fermented, aged Soy Sauce to a processed one is like comparing an aged Parmagiano Reggiano cheese to a slice of individually wrapped processed cheese. One is made with time, the other subjects the soy beans/milk through a chemical time warp.

But today, I shall take you through the process of making naturally brewed Soy Sauce, a process that has been practiced for thousands of years. The making of Soy Sauce starts with the steaming of the soya beans, after which wheat flour and aspergillus mold is added and left to germinate on racks for the a few days.

Once the aspergillus mold has started to grow, the beans are placed into urns and brine is added. That’s it. Now we wait for the mold to do its magic. A year later, the resulting liquor is your light soy sauce. In order to make dark soy sauce, this liquor is placed in another urn and sunned for another 6 months where the colour gradually darkens and the liquor gets further concentrated. Caramel is then added it becomes the familiar dark soy sauce that we drizzle over chicken rice.

What to look for when buying Soy Sauce

If you have been buying Soy Sauce, you would have noticed that there are many grades available from each manufacturer. (Its the same here at Kwong Woh Hing) In the Singapore market, there is usually a Premium/Superior Grade and a Standard Grade. The difference really depends on each manufacturer. But in general, a Premium Grade soy sauce means that there is less additives added to the resulting liquor at the end of the fermentation process. 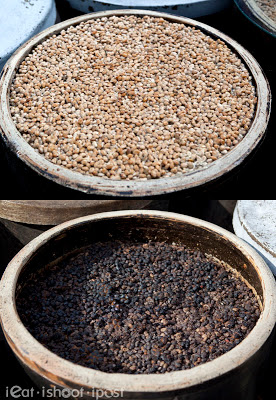 I am glad that the owners of Kwong Woh Hin have kept to traditional ways and are still fermenting their Soy Sauce in urns (Some dating back to 1943) under the Singapore sun for a whole year. They tell me that if they stretched it to three years, the Soy Sauce is even better, but they can’t do it due to land scarcity. I keep stressing “Singapore sun” because you do need a temperature of between 30 to 35 degrees for fermentation to take place. So in temperate countries the urns have to be kept warm artificially. However, in tropical Singapore, the soy beans can be left to ferment under the heat of natural sunlight all year round. 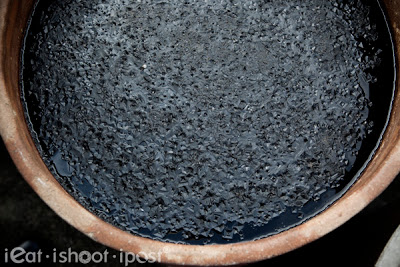 The grade of the Soy Sauce is also determined by what happens in the final processing. The premium grade soy sauce which Kwong Woh Hing bottles is the first pressed liquor that is filtered with some rock sugar and preservative added to stop the fermentation process. This artisanal Soy Sauce is available only at their factory.

I have conducted a few blind tests with my family and even got the Food Canon, Terry to compare it with the one he gets from Malaysia. The premium light Soya Sauce has a distinct floral bouquet and an umami flavour that covers the palate. Compared it to the other commercial Soy Sauces that I picked up from the supermarket, the difference is quite distinct. The cheap Soy Sauce still tastes good, but the taste is more one dimensional, since you are essentially tasting glutamate (MSG) and it also lacks a complex aroma. Terry tasted the premium light Soy Sauce and agreed that it is indeed better than the one he gets from Malaysia. I haven’t done a comparison of the Dark Soy Sauce yet, but I can tell you that it went really well with the Chicken Rice that my mother-in-law made. 4.75/5 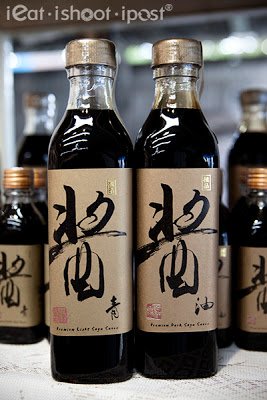 To understand why a naturally brewed Soy Sauce tastes better than a chemically enhanced one, we need understand a little bit about soya beans and the process of fermentation. Soy Beans are an exceptional source of proteins. They are one of the very few plants products that contain all the essential amino acids that our bodies cannot manufacture. That is the reason why Tofu and other soya bean products have been used for thousands of years in China as an alternative to meat.

Now, our bodies are wired to know what to eat, even though we may not realize it. We have receptors on our tongues to detect amino acids of which glutamate is one. So physiologically speaking, the reason we love MSG so much is because our bodies need protein and our tongues have receptors detect these glutamates. But there are many other amino acids which our palate can detect and this is now at the the forefront of scientific research.

The concept of Kokumi has been proposed by Japanese scientists as yet another flavour enhancer that gives tasty food that “heartiness” or full mouth feel. In order to experience Kokumi, the palate needs to detect another set of amino acids, viz histadine and glutathione. Histadine is yet another essential amino acid that the body cannot manufacture but, as you guessed it, it is present in soya beans. So a naturally fermented product would contain not only glutamates but a whole array of amino acids as compared to a product boosted with just glutamate.

One is like listening to an orchestra while this other is a solo violin recital. In addition, during the process of fermentation, the aspergillus mold also breaks down the carbohydrates found in the wheat flour into sugars and then into alcohol. These aromatic esters are easily detected when you smell a naturally brewed soy sauce which might not be as distinct in one that is made through accelerated chemical hydrolysis. 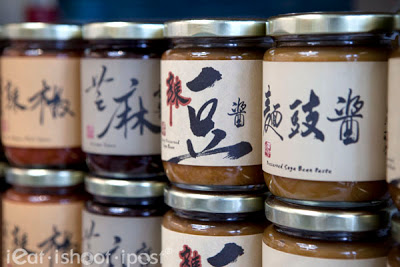 The leftover beans after the liquor has been extracted is not wasted. This is made into bean paste which is a useful ingredient in many recipes. Most people nowadays would probably know it as Miso, which is very popular in Japanese cuisine. In Chinese cooking, bean paste is used in a wide variety of recipes from steamed fish to char siew to stewed pork belly. It also forms the base for Hoisin sauce and the familiar sweet sesame sauce used for Yong Tau Foo and Chee Cheong Fun.

When you visit Kwong Woh Hing, do ring up a day earlier to order their Chee Cheong Fun and then buy yourself a bottle of their Sesame sauce to eat it with. Their Sesame sauce is made with natural Red Yeast instead of red food colouring and is very very good. Their specially sourced Chee Cheong Fun is also made with a higher ratio of rice flour and is smooth and tender with a natural rice flavour. This is easily the best Chee Cheong Fun that I have eaten for ages! 4.75

Hard to believe that there are still antique urns of traditional Soy Sauce brewing in our very own backyards right? If you love to cook, there is little reason not to get hold of this Soy Sauce to see if it makes a difference to your dishes. If you don’t, they still make an excellent gift for friends or relatives who cook. For me personally, this is probably the best discovery I have made so far in my five years of blogging! 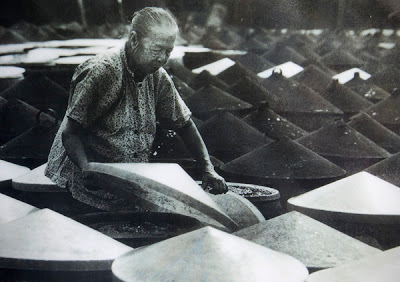 Grandma inspecting the Urns at the old factory in Tai Seng

Note:
Kwong Woh Hing products are only available direct from their factory.

Les, you should do one on fish sauce as well. Being a Teochew, fish sauce is the ultimate umami and very important in its dishes. And having discovered Vietnam’s Phu Quoc N40 fish sauce I have stopped using Chaozhou’s 韩江魚露 Even though they came out with a premium version.

You need to go down to Kwong Woh Hing factory and pick up their special light soy sauce which is only available at their factory.

Certain types of food are definitely better in Malaysia. Like Soo Kee char siew, Wong Kee siew yoke, A Hwa Hokkien mee, Penang char kuay teow in Penang, Teluk Pulai Klang bak kut teh ETC. I’m sure some Singapore food are better. There’s no foolishness in thinking that some food are better on either side.

Meidi-Ya just informed me that the YAMATO 香る生(なま)醤油 「ひしほ」will arrive at their store this weekend. It is priced at S$10.50. 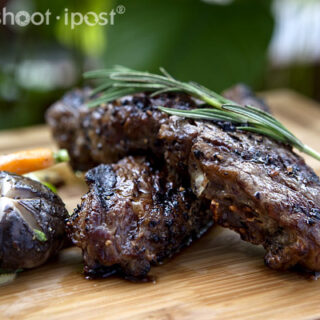 THE MUST TRY LIST
Prive: Introducing the Josper Grill. One Step closer to that Perfect Steak!
Next 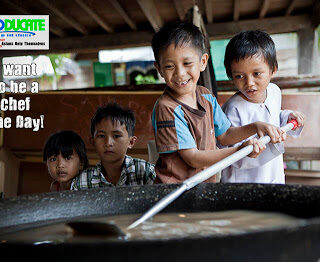