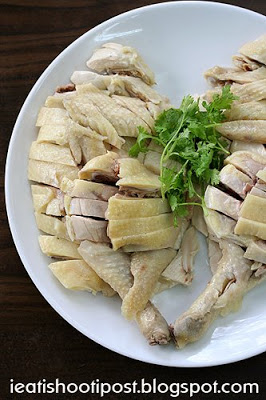 This stall at Upper Thomson is closed

Kampung Chicken $12 for half chicken

I am an unabashed lover of plump white chicken. To me eating Kampung Chicken is like eating peanuts one at a time when what I really want is to scoop a whole handful and stuff it in my mouth. So it is with trepidation that I accepted the invitation from Five Stars Chicken Rice to blog their famous Chicken Rice franchise.

For the uninitiated, Kampung Chicken is really a misnomer. The chickens are not really raised in a Kampung. What makes a Kampung Chicken different from your normal Chicken is that it is a different breed of chicken which originated from France. But then again that is not quite right either because as a species, all chicken actually originated from China where they were first domesticated. But anyway, this particular breed of “Kampung” chicken were actually brought from France because the local species actually went extinct.

The common battery hens which we are familiar with have white feathers and take about 60 days to grow to eating size. They spend their whole life in a cage with limited movement, pecking away at chicken feed (which is why if you sit in a sofa munching potato chips, you too will grow nice and fat). The Kampung Chicken has orange feathers and a black head and spends its days in an enclosed space for 80 days where they can exercise their muscles. That’s why the chicken always reminds me more of a rock climber than a sumo wrestler. 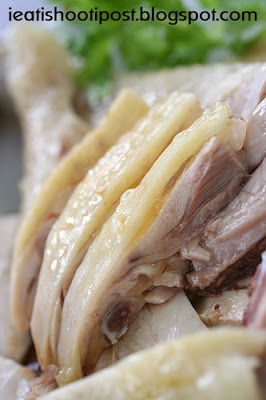 As Kampung Chicken go, this is one of the best ones that I have tasted. The chicken is tasty and the wonderful thing about five stars is that they always managed to get that layer of jelly under the skin which kind of makes up for the lack of fats. What I was really impressed with was the sauce that they use to pour over the chicken. The boss, Mr Li told me that the secret to their sauce is that they brew it themselves from soy sauce with added soy beans and rock sugar. The sauce had a wonderful floral aroma to it and synergized perfectly with the chicken. Taste great but as I already said, I felt I was eating peanuts one at a time! 4.25/5 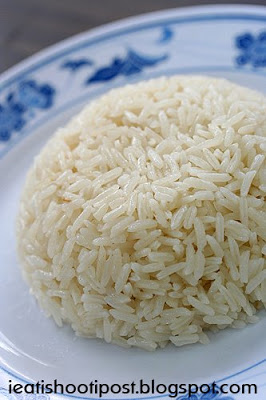 The rice here is very good even though Mr Li admitted that he did not fry the rice in oil before cooking it. The interesting thing is that because Kampung Chicken has got more flavour than your battery chicken, a lot of the flavour of the rice comes from the chicken broth rather than the chicken fat. I was skeptical at first, but our group all agreed that the chicken rice was flavoursome and not too oily. The texture is also perfect with each grain easily separated and whole. 4.5/5 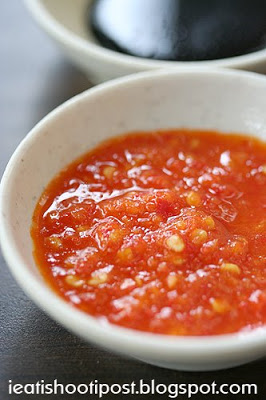 People say there are 3 important key ingredient in Chicken Rice and they are the Chicken, the Rice and the Chilli. I propose that there are 4, the fourth being the drizzling sauce. For me the first priority is the Chicken followed by the Rice, which is why I s 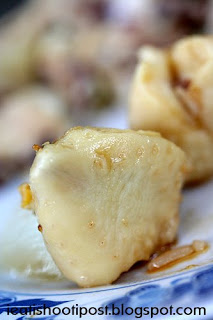 eldom comment about the Chilli. However, when stallowners like Mr Li makes the effort to use only lime juice instead of vinegar to make their Chilli, then I think I should give credit where it is due. They also add chilli padi in order to put that zing in the Chilli sauce. One whiff of the Chilli and you know its different from your usual Chicken Rice Chilli.

I took the picture of the “Bishops nose” for my two chicken rice connoisseurs, viz VB and smart. Those who know how to appreciate chicken say that the best part is the backside. So here are some backsides for you to oogle at! Me, I still like the big fat thighs. 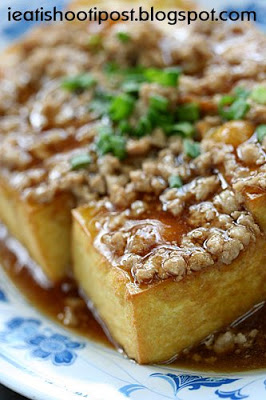 Apart from the chicken rice, they also sell a variety of dishes to accompany the chicken rice so that your family can have a “proper” family style meal. One of the things that I would recommend is their homemade tofu. They actually make their own tofu here from soya bean milk and eggs and the texture is excellent. 4/5

Five Stars chicken rice has been around for 18 years. Mr Li initially named it five stars because he had five brothers and the initial plan was to have all five brothers run the business. He was nice enough to agree to share with us his chicken rice recipe for the benefit of those who might want to try to cook chicken rice at home and especially for our poor overseas friends who can’t hop down to the hawker centre to have their chicken rice fix. Stay tuned for that one!

I was pleasantly surprised with my Kampung Chicken meal. The chicken turned out to be tender and tasty and together with the excellent sauce and rice, it did make up for the lack of chunky meatiness. All my other kakis actually prefer this over the fat white chicken because the chicken had more “chickeny” taste. For me, I think I would only be totally happy if they could serve me a kampung chicken that is morbidly obese!

So do you prefer Rockclimber Chicken or Sumo Wrestler Chicken? I have created a poll in the forum for you all to vote! Click here to vote. 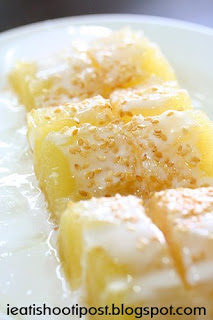 Featured in the Media
Anyone saw the article on the Sunday Times?