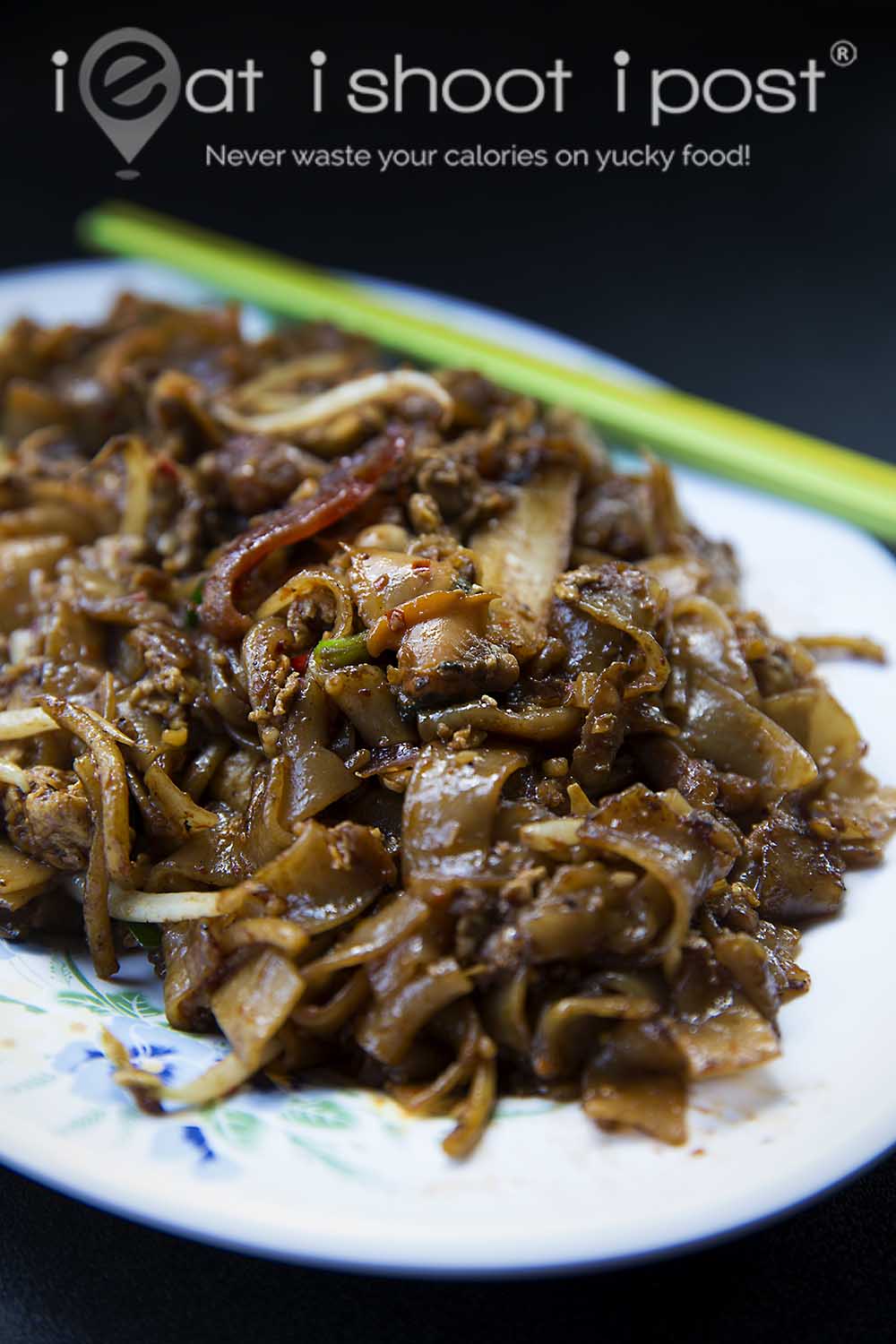 I have been sounding the alarm about the impending demise of Char Kway Teow for quite a few years now. It’s fate was encapsulated in the title of my first book “The End of Char Kway Teow” which was published in 2010. Since then, not much progress has been made and my recent interview with the owner of Armenian Street Char Kway Teow seems to be only adding more nails to the coffin of this iconic Singaporean dish.

I have been postulating that Char Kway Teow is facing an uncertain future because of the lack of hawkers who are able to fry a decent plate of Char Kway Teow when the last of our Char Kway Teow masters retire. There just doesn’t seem to be many young hawkers willing to train in the art of wok sparring. I interviewed Mr Tan Soo Kiat who now helms the flagship stall of Armenian Street Char Kway Teow which has been around since 1949. He tells me that Si Hum Kway Teow, as Char Kway Teow used to be known, was the most popular hawker dish in the old days. However, it has been suffering a decline in popularity over the last three decades.

I have always attributed the impending demise of Char Kway Teow to the lack of hawkers willing to fry the dish. However, after speaking to Mr Tan, I begin to realize that the problem is much bigger. Mr Tan tells me that in any given week, he would have less than 10 young people patronizing his stall. If this trend continues, it wouldn’t matter if there weren’t any good Char Kway Teow hawkers around in 30 years’ time, since there will be no one who would actually want to eat it!

The decline in the popularity of Char Kway Teow is a conundrum especially when you consider that Chai Tau Kueh (Carrot Cake) is still doing quite well. Both dishes are quite similar, being a staple made from rice and fried with eggs and black sauce. But while Chai Tau Kueh is still quite popular with the kids, I have actually met teenagers who have never eaten Char Kway Teow before! 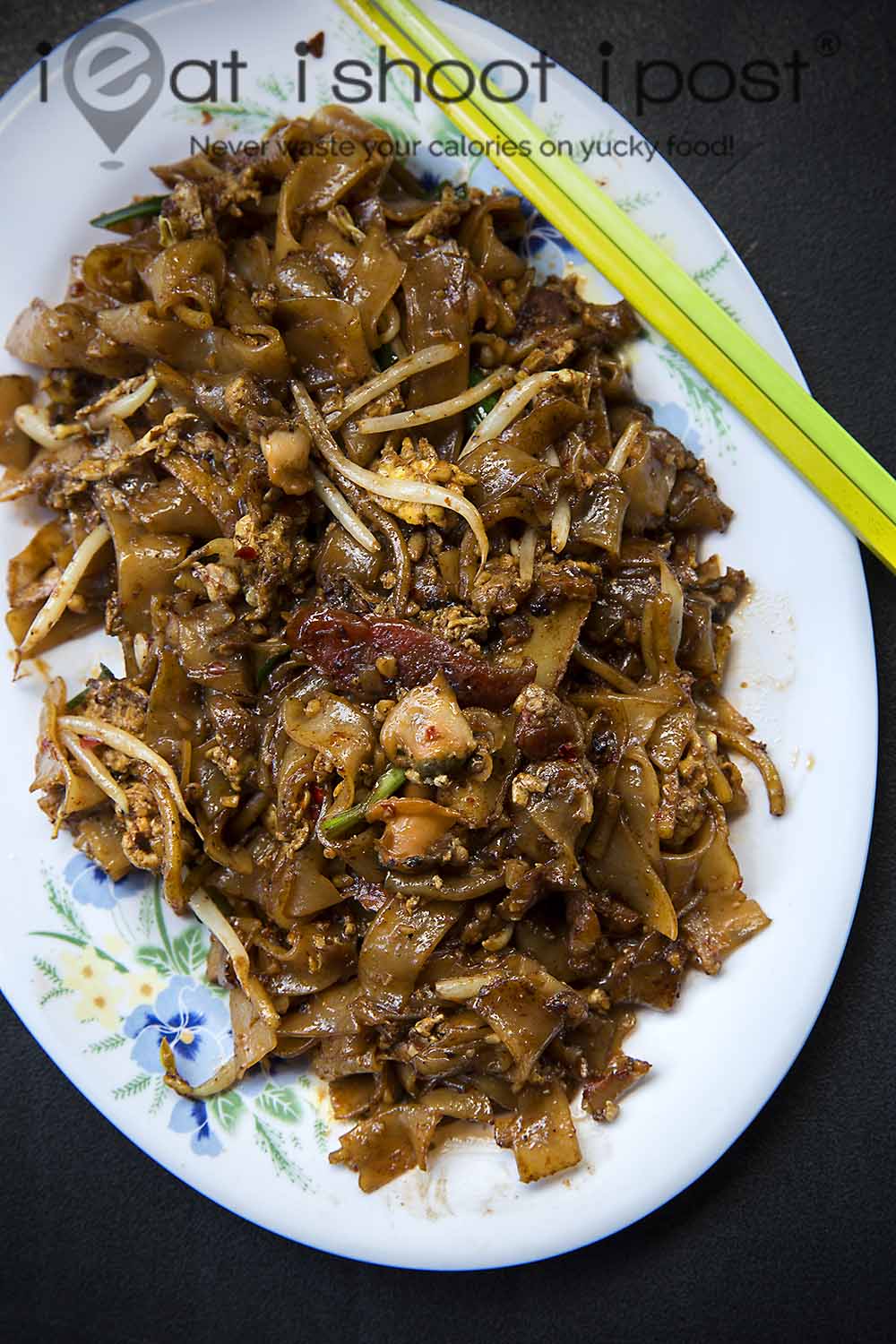 And so, if you haven’t already heard it loud and clear already, I will say it again: It is really “THE END OF CHAR KWAY TEOW”! But, it might not matter all that much, because at SG100, there would only be a handful of Singaporeans who can still remember what a good plate of Char Kway Teow is supposed to taste like.

Armenian Street Fried Kway Teow can trace its history all the way back to 1949 when Mr Tan Chong Chia, affectionately known as Lao Tan started plying the streets.  He eventually settled in the coffeeshop at the corner of Armenian and Loke Yew Street and I can still remember the old man hunched over the work frantically chasing the kway teow around the wok!  Unfortunately, they had to move out in 2007 to make way for redevelopment.

Mr Tan moved a few times before settling in the present coffeeshop. He tells me that even with the regular crowd, they can only afford to rent half a stall.  If it is already so difficult for a heritage brand, what hope is there for new hawkers?

Now, do you believe me when I tell you that the demise of Char Kway Teow is an inevitability?

I have tasted the Char Kway Teow from his other two branches in Tampines and Sin Ming previously and felt that they lacked something. But, I am glad to report that the Char Kway Teow is here is good!  Mr Tan still renders the pork lard daily to ensure its freshness and he mixes in chye poh with the garlic to give it an extra flavour.  This is something new which I don’ think I have noticed at the other hawker stalls.  The ingredients at all three stalls are the same, but the Char Kway Teow at the flagship stall has still got that special something that makes it worth eating.  It goes to show that the essence of Char Kway Teow really does lie in the hands of the wokmaster, doesn’t it?  4.25/5 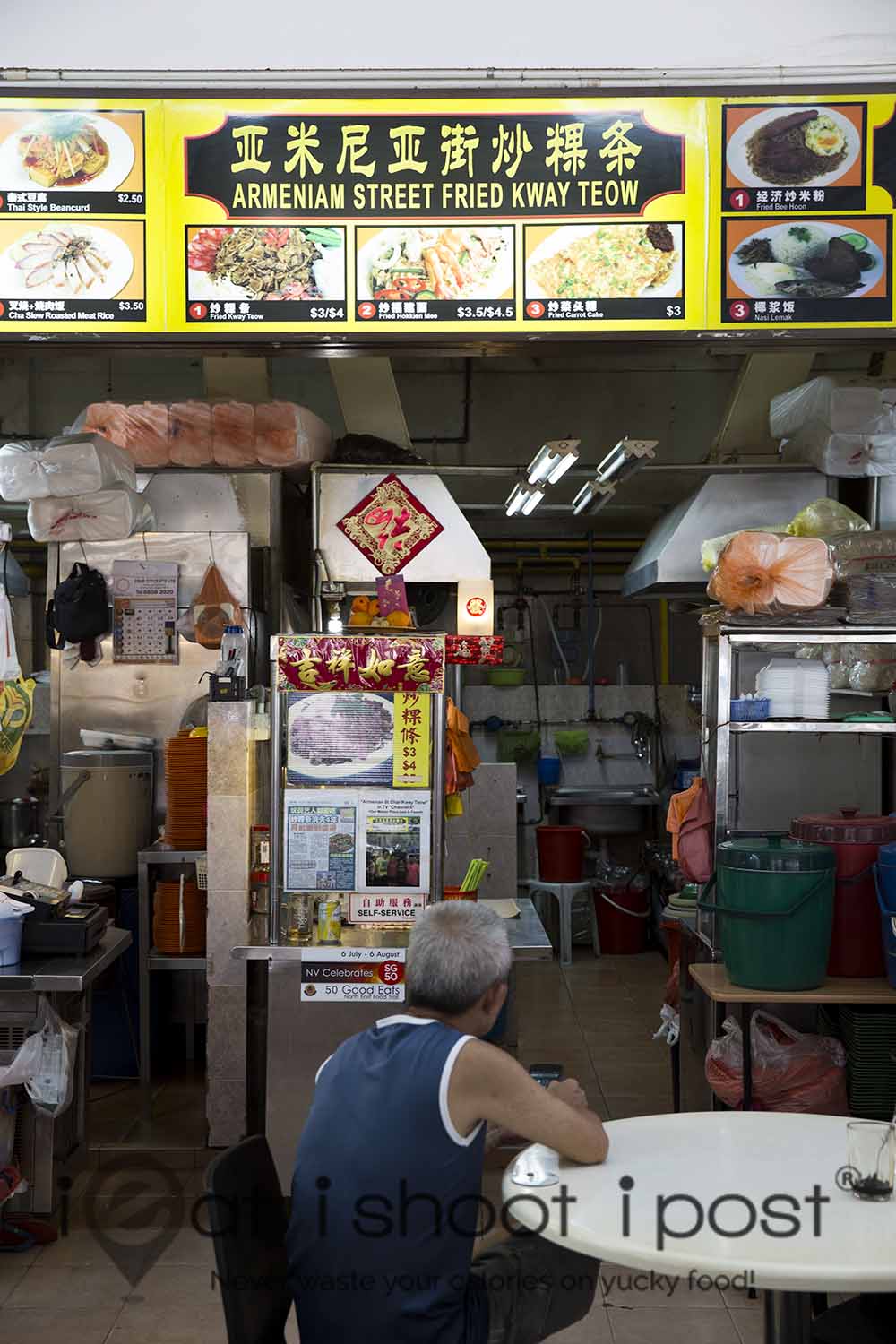 What a pity! And imagine the outcry when it finally does fade away!? More people should attempt to support these cooking masters. // As an aside, I have been busy trying all my favorites and was disheartened to see Raffie’s Corner is now gone (or moved) from Amoy FC and my cheapskate xiaolongbao is long shuttered. I was also saddened by the renovations being done on my favorite outpost of Good Morning Nanyang Cafe (Pearl Street). On the positive tip, I was happy that 545 Whampoa Prawn Mee was still as good (and busy) as ever! Coffee Hut was still a pleasure, and the owners were especially kind on my visit. Bukit Merah View Carrot Cake was still same as always, IE delicious, and my favorite pho spot was still spot on.

Yes, rental is killing a lot of good places!

I read the part of having less than 10 young customers in a week, and I recall a discussion with some foodies a few years back.

I have tasted many CKT that’s bland and wok hei less. If I had never eaten those awesome ones before, I am sure I would not crave for CKT for a long time.

I work with many non Singaporeans, and many would tell me that Singapore food is bland and not as good as their home towns… That is until I bring them to the really good ones.

Lastly, I recall an incident at a particular dessert joint along Joo Chiat Road closer to Katong area. They started off selling traditional desserts such as Tau Suan, Pulut Hitam etc, but had re-branded themselves. Most reviews by the younger generation were “interesting”, “creative”, “really tasty”, while those by the older ones had “lacklustre”, “unsatisfied”, “lacking”. I was there trying the food, and an uncle of probably 70+ years old sat a few tables away. He took quite some time to decide on what to eat, and had to ask many questions to the staff. I was very very sad when I saw him standing up, shaking his head, and slowly, supported by his cane, walking away after a few mouthfuls. Kitchen staff were teens, and do not seem to be proper chefs.

All in all, I feel that the younger generation needs to first know the actual taste of these dishes to create a demand. Whereas the price of local food will definitely increase over the next decades when the supply and demand starts to shift.

Next thing would be trying to get more young chefs interested in the wok, and in Asian cuisine rather just focus on Western…

Good points! Yes, taste is changing and the younger generation of Singaporeans need to rediscover the authentic tastes of our hawker food!

The high end Char Kway Teow still cannot beat the ones by the CKT masters who spend their whole lives just making the one dish!

I was at Sin Ming Roti Prata today, and there was an identical outpost there. Any relation?

One of his sons. The other one is at Tampines Round Mkt

Ok, thanks for the clarification.

The “nobody” refers to the young ones. The old ones like myself still want it. 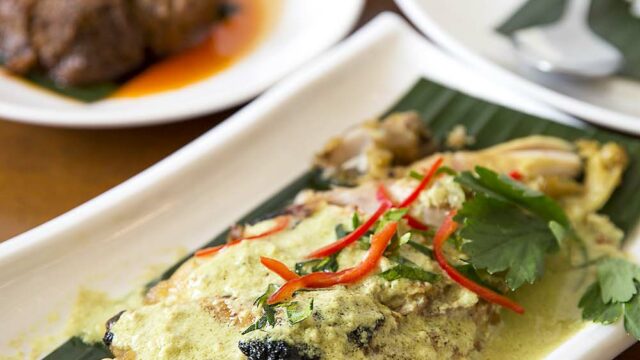 THE REALLY MUST TRY LIST
Warong Nasi Pariaman: Sedap since 1948
Next 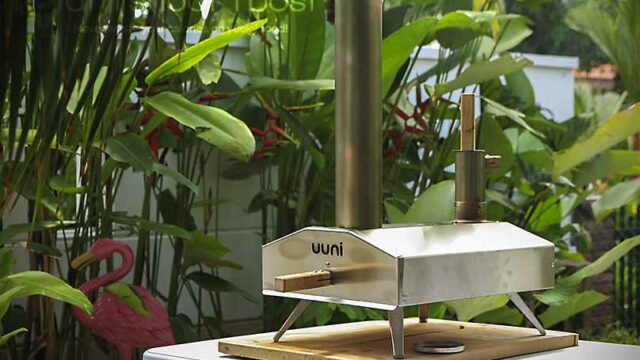