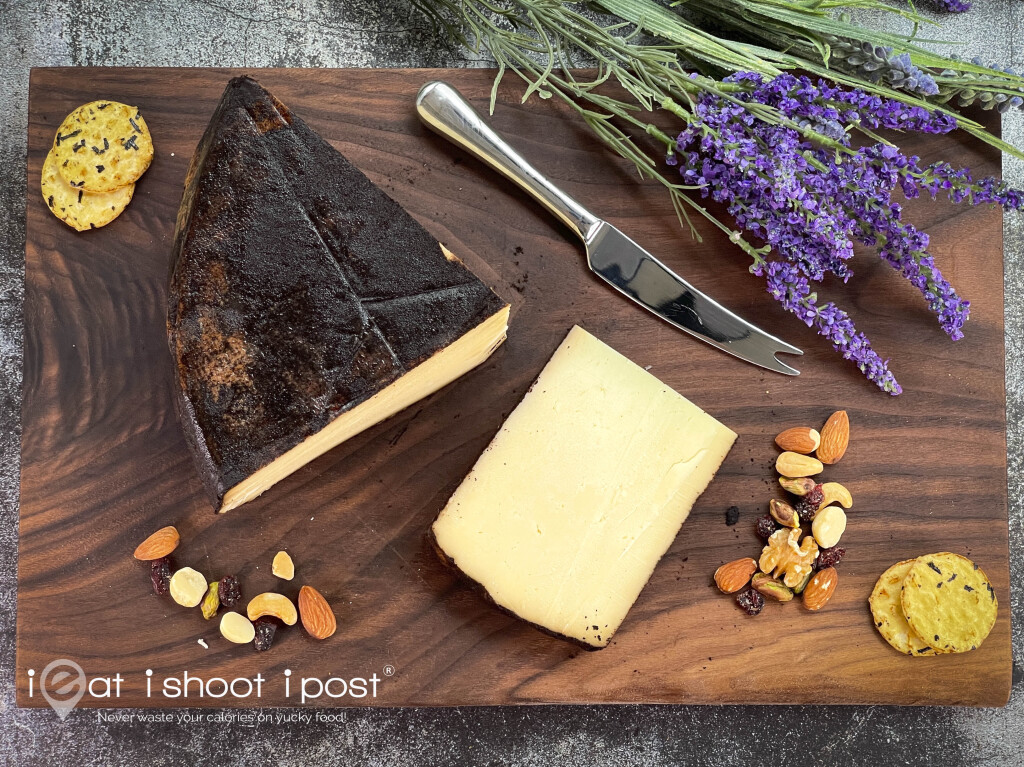 Mention “American cheese” and you would probably think about the processed sliced cheese that you find in a burger or the cheese sauce that is slathered over your nachos at the cinema.

It might come as a surprise that the USA is the biggest cheese producer in the world with a legacy of excellence stemming from hundreds of years of cheesemaking. There are well over 1000 different cheeses being produced in the U.S.  In fact, it was a U.S. cheese, the Rogue River Blue, which won the coveted “Best Cheese in the world” award at the 2019 World Cheese Championships, as well as 151 other honors! The Western USA is home to many other award-winning cheeses.

We reviewed some artisan cheeses made in the Western USA states of Oregon, Idaho and Utah. They are typically artisan cheesemakers producing cheeses from milk that are sustainably produced and supplied by family farms or from dairy co-operatives.

Yes, Cheddaring is a verb

Did you know that cheddar is one of the most popular cheeses in the world?  Our first encounter with it was in the form of processed cheddar that came in a blue box when we were kids.

Cheddars were first produced in the village of Cheddar in Somerset country during 12th century England. It is a semi-hard cheese made with pasteurized cow’s milk whose flavour sharpens as it matures while the paste turns from smooth to crumbly.

What sets Cheddar apart from other cheeses in the production process is the extra step of “Cheddaring”.   After the curds are set, they are first cut into large slabs which are then turned and stacked, turned and stacked several times over a few hours as the whey continues to drain away.  Once the right pH level is reached, the slabs are cut or milled into smaller pieces, salted and placed into cheese moulds to be pressed and trimmed into cheese wheels.

The cheese wheels are then hand-rubbed with different spices or special ingredients or aged for a couple of months or years to develop deeper, more complex flavours.

U.S. cheesemakers are not afraid to push traditional limits, their creativity combined with craftsmanship often results in new flavour combinations and the presentation of cheeses. One good example are the hand-rubbed cheddars by one particular cheesemaker from Utah.  This method of coating the outside of the cheese wheel with spices and rubs is something we don’t see that commonly.

We really liked the cheddar which has been rubbed with Cajun spices and it comes as no surprise that the cheese has already won 6 major awards. It is a 20-pound wheel of cheddar rubbed with a blend of garlic, celery seed, and cayenne that infuses the cheese as the cheddar ages.  Every bite that includes the spiced rind will give you a nice punch of heat balanced with the sweet creaminess of the cheddar.

Another interesting flavoured cheese we tried was the spice-rubbed cheddar, this time with Hatch Chiles.  This is certainly spicer than the one rubbed with Cajun spices and we enjoyed eating it with savoury accompaniments like corn chips or slices of grilled sweet potato.

The Utah cheddar rubbed with Sea Salt and Honey is easy on the palate as it’s creamy and a little sweet. The salt is harvested from an ancient ocean salt deposit in Redmond Utah. The wildflower honey flavour is mild.

The Utah Cheddar rubbed with Espresso and Lavender was the result of a happy accident when one of the cheesemaker’s uncles; a coffee roaster, left some coffee beans on a five-pound cheese with some lavender and forgot about it! The idea did not sit well with the dairy scientists at first but after tasting the cheese, all skepticism gave way to nods of approval.

The Idaho Halloumi-style grilling cheese uses 100% Jersey Cow milk. Halloumi cheese has been made on the island Cyprus, an island claimed by both Turkey and Greece in the eastern Mediterranean, for hundreds of years and typically made from goat’s or sheep’s milk. The name Halloumi is derived from the Greek word almi meaning brine.  This refers to the brine, or salt solution used to preserve the Halloumi Cheese.

The Halloumi style Cheese has a high melting point so is perfect for grilling as it browns without melting. When grilled, it is springy much like a piece of tofu.  It is salty with a delicious tang.  Grilled and cubed they are a perfect accompaniment for your salads. The little salty springy morsels will immediately lift up and add “colour” to your salad.

Young cheddars are typically creamy and mild and are aged for 2 to 4 months.  As they age, the flavour intensifies and the texture turns more crumbly.  Extra aged cheddar – the classic 12-month cheddar is aged for an extra year in a temperature-controlled climate bringing a sharper flavour, richer texture and more complex flavour profile. We tasted one which was aged since 2012 and it had a real depth of flavour with crunchy amino acid crystals!

The Oregon 3 Pepper cheddar is an award-winning cheese that is popular in the U.S. where they love how the cheddar is infused with Jalapeno, Habanero and sweet Red Peppers. When compared to a pepper Jack cheese, the pepper cheddar will be hotter as the Jack curds have the lactic acid rinsed from them and sit in a water bath, which creates a milder flavour.  As such, a Jack cheese will coat your palate and cut the heat, while a sharper and drier cheddar allows the peppers to shine more. We found the 3 peppers infused cheddar to be a little too spicy for our liking when eaten on its own.  But once you “aburi” the cheese, the melted cheese combines really well with the peppers and works really well on a corn chip, toast or even a piece of grilled capsicum.

Do look out for some of these Western USA cheeses the next time you are at the supermarket!

Select Western USA specialty cheeses and other USA varieties can be found at Cold Storage and FairPrice, RedMart and Amazon Fresh. 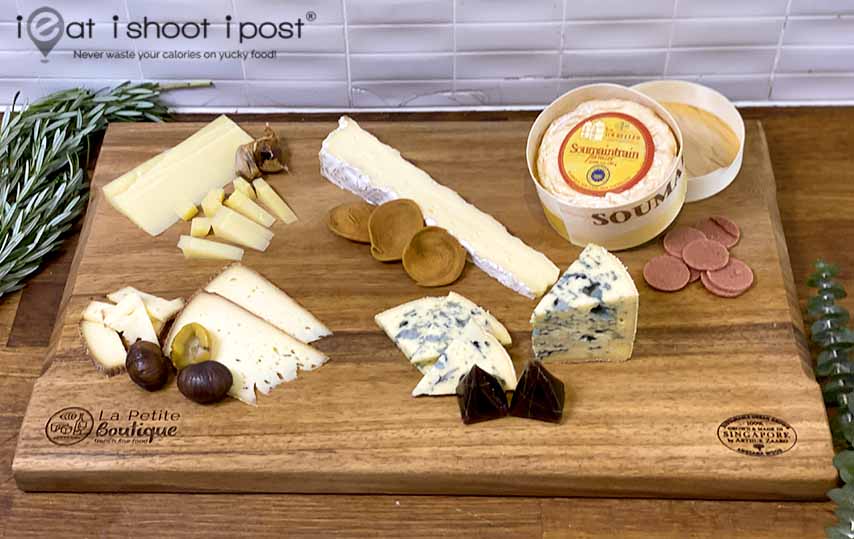 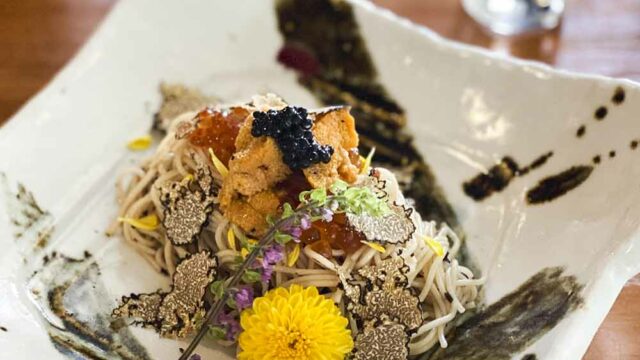 New Discoveries
IPPAI Izakaya – one flavour bomb after another
Next 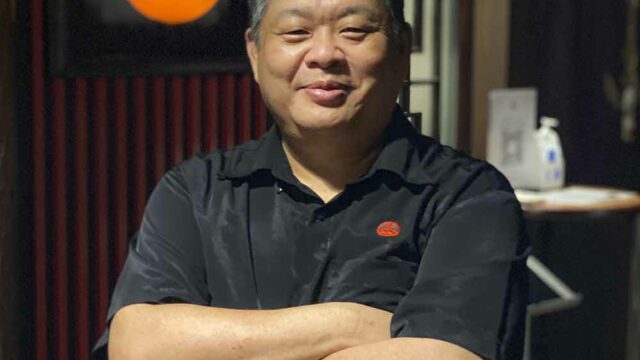